Russia, Safin, Paris Masters: Everything you always wanted to know about Karen Khachanov (but never had time to find out)

Karen Khachanov has won 4 ATP singles titles, including the 2018 Paris Masters, and reached the quarter-finals of Roland-Garros. Here are 10 questions about the Russian… 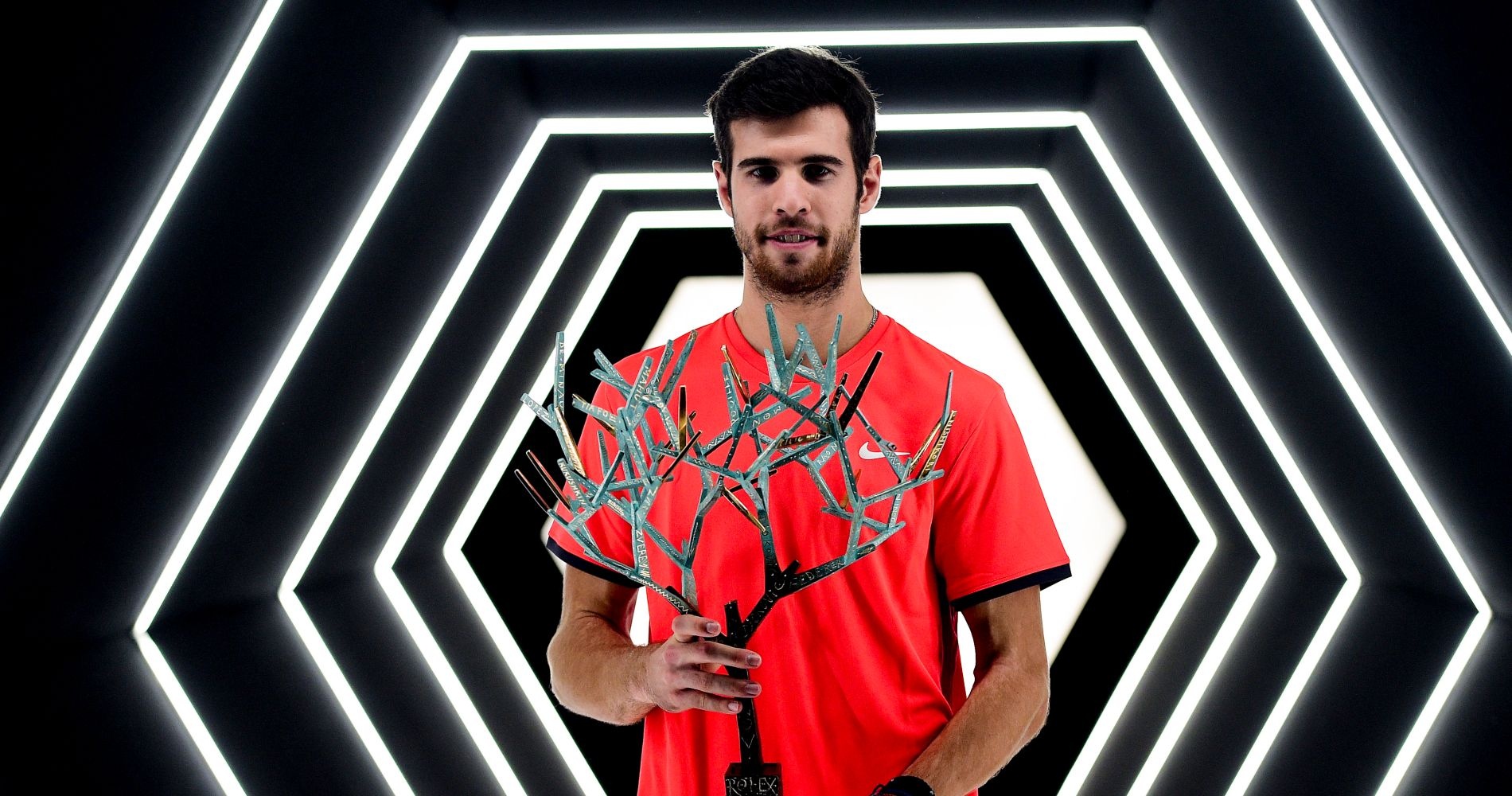 Who is Karen Khachanov?

How tall is Karen Khachanov?

Khachanov started playing tennis at the age of 3 when he was in kindergarten. He peaked at No. 16 in the ITF junior rankings and won 8 ITF junor titles (singles & doubles), including the 2013 European Junior Championships.

Who are Khachanov’s idols?

Khachanov’s idols while growing up were Marat Safin and Juan Martin del Potro. He had said his dream opponent is Safin. Although he never got a chance to play against the former world No 1 on the ATP Tour, the two are friends and Safin captained Khachanov as part of the Russian ATP Cup squad in 2020.

How many ATP titles has Karen Khachanov won?

Khachanov has won 4 ATP singles titles in his career (4-0 in ATP finals). His biggest title came at the 2018 Paris Masters, where he became the Russian to win an ATP Masters 1000 title since Nikolay Davydenko in 2009 Shanghai and the first unseeded ATP Masters 1000 champion since David Nalbandian at 2007 Paris.

What is Karen Khachanov’s best performance at a Grand Slam?

Khachanov reached the quarter-finals of Roland-Garros in 2019, where he lost to Dominic Thiem after defeating del Potro. Khachanov owns an impressive 13-4 lifetime record at Roland-Garros (as of 2020) and he reached the second week four straight times (2017-2020). He also reached the fourth round of Wimbledon in 2018.

What is Khachanov’s highest ranking?

Khachanov’s highest ranking is No. 8 which he achieved for the first time in July 2019. His updated ranking and ranking history are available on his ATP profile page.

Khachanov has won more than $9.2 million in prize money as of April 2021. His updated prize money stats are available on his ATP profile page.

Khachanov is married to Veronika Shkliaeva. The couple got married in April 2016 and welcomed their first son David in September 2019. Interesting side-note – fellow tennis player Ilya Ivashka is his brother-in-law as their wives are sisters.

Is Khachanov on social media?