Home » News » UTS » Matteo Berrettini, the man in the shadows of the ATP’s Next Gen

Matteo Berrettini, the man in the shadows of the ATP’s Next Gen

Qualifying for the UTS semifinals on Sunday, Berrettini, like Stefanos Tsitsipas, is part of a promising generation of ATP tennis. But unlike the Greek, the rise of the world number 8 is only recent. 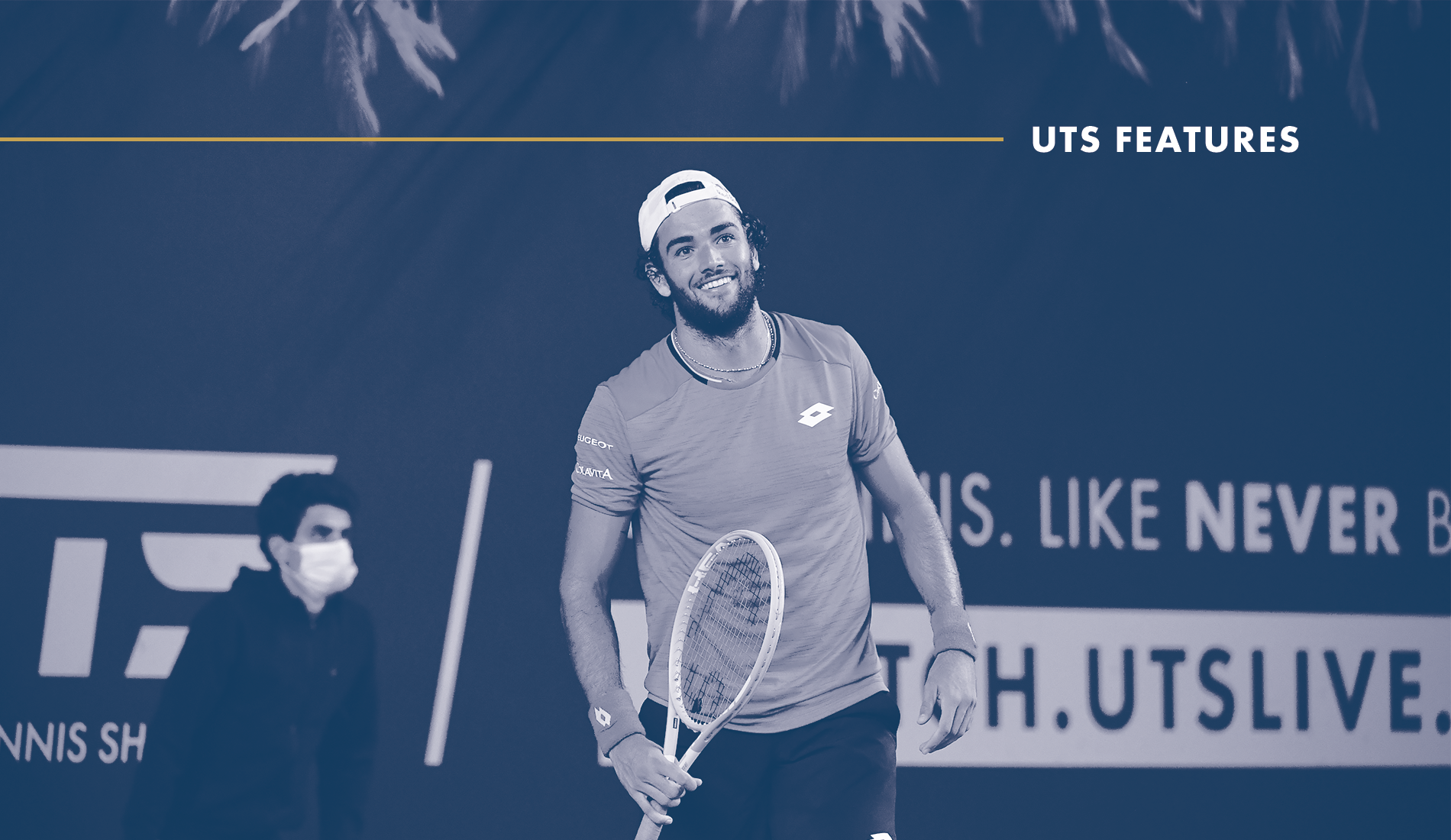 It was April 2019. Over a year ago. Nine wins in two weeks, a title, a final: Matteo Berrettini’s arrival. The Italian took the second trophy of his career, in Budapest, at just 23 years old. On April 1, he was 54th in the world. In early May, he jumped to 31st. His ambitions are grand: “I want to improve, win more titles, win more important titles”.

A year later, he made it. But among the members of the Next-Gen, the eyes of the public and the media are fixed on Stefanos Tsitsipas, Daniil Medvedev, or Alexander Zverev, the chosen ones to follow the steps from the Big Three (Rafael Nadal, Roger Federer, and Novak Djokovic). Not so much on the World No 8.

Is it unfair? “No, not at all!”, says Vincenzo Santopadre. The Italian has been training the Roma native since he was 9 years old. “When he was young, like two, three years ago, nobody was talking about him. He was a “normal” boy, unlike the other members of the current Top 10. According to the coach, “everyone knew that Tsitsipas or Medvedev were becoming great champions” when they were young.

“Everybody was considering them the next top 10 and maybe the next No 1. When Matteo was young, also in Italy, it was not the best at all. Nobody was thinking of him, that he would be a great player.”

It became so thanks to destructive forehand baselines and heavy first serve. 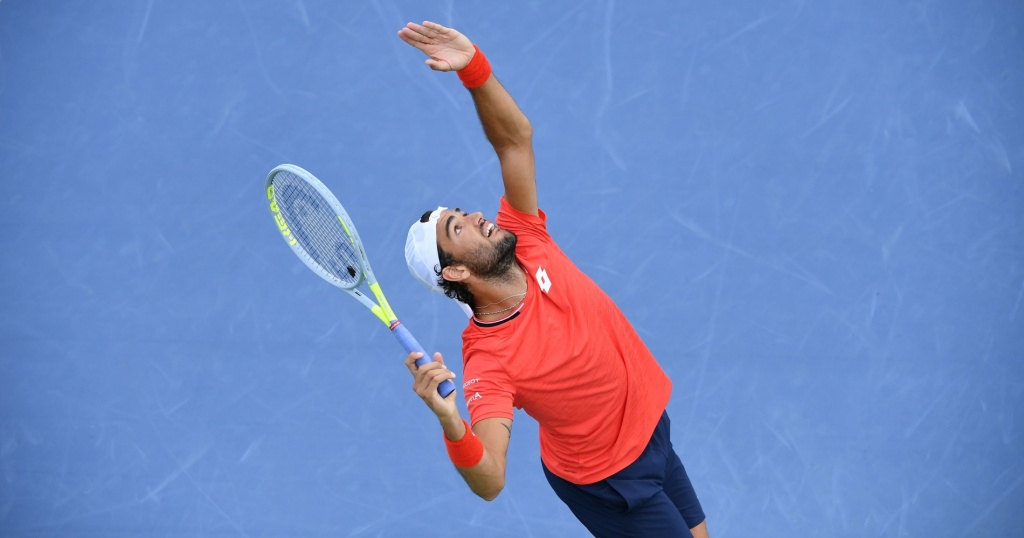 But despite his stifling power, the Roman had to endure pressure as sudden as his meteoric progression in the ATP rankings. “The pressure is not easy to bear”, admits Santopadre. It’s the first time he’s been in the Top 10, he’s so young, and has grown very fast.” His coach believes that “the pressure also weighs on all the members of the team around him”, because “we don’t know this kind of situation”.

According to him, the team does not even “know where the limits lie” for the player.

In 2019, after Budapest, Berrettini won another title in June, at ATP Stuttgart. A month earlier, he had notched his first Top 10 scalp Rome: Alexander Zverev, then world number 5 (7-5, 7-5). The Italian had been sneaking up on the NextGen, this generation which claims to succeed the Big Three. Everything is linked. Last September, he reached the semi-finals of the US Open, and fell against eventual champion Nadal (7-6, 6-4, 6-1).

He didn’t reach his first Grand Slam final, but the main ingredients for success are there. Before that 2019 US Open, Berrettini had not won a single Grand Slam match on hard courts in three appearances (two Australian Open and one US Open). In November, he climbed to 8th in the ATP rankings, a far cry from his ranking of 124, held in February 2018. The machine is running, and nothing will stop it.

Matteo Berrettini has well and truly arrived. Find out what makes the rising Italian tick in 3 minutes 🎥 👇 https://t.co/fQG0Tvblc3

On Sunday, Berrettini, No 8 in the world notably thanks to his semifinal at the 2019 US Open, will be among the four semifinalists of the first edition of Ultimate Tennis Showdown. The Hammer moved up to the 3rd place with 5 wins and 3 losses. Join with Tsitsipas, he will be the favourite to claim the title, in a line-up that also features David Goffin and Richard Gasquet.

Once the UTS has passed, Berrettini will be able to “take a vacation” and, above all, figure out a plan for the US Open, which begins on August 31. There, he will no matter what keep the benefits of the 720 ATP points he earned last years thanks to the new ranking system. “We have to wait and see the situation begin to evolve,” said Berrettini. But “obviously, if I feel it is risky, I will not go.”

No matter what transpires, Berrettini will certainly soon have other opportunities to show off his talents.