Rafael Nadal further extended his Roland-Garros record to 13 titles, and tied Roger Federer’s Grand Slam count at 20. He commented on how this was a special one for him. 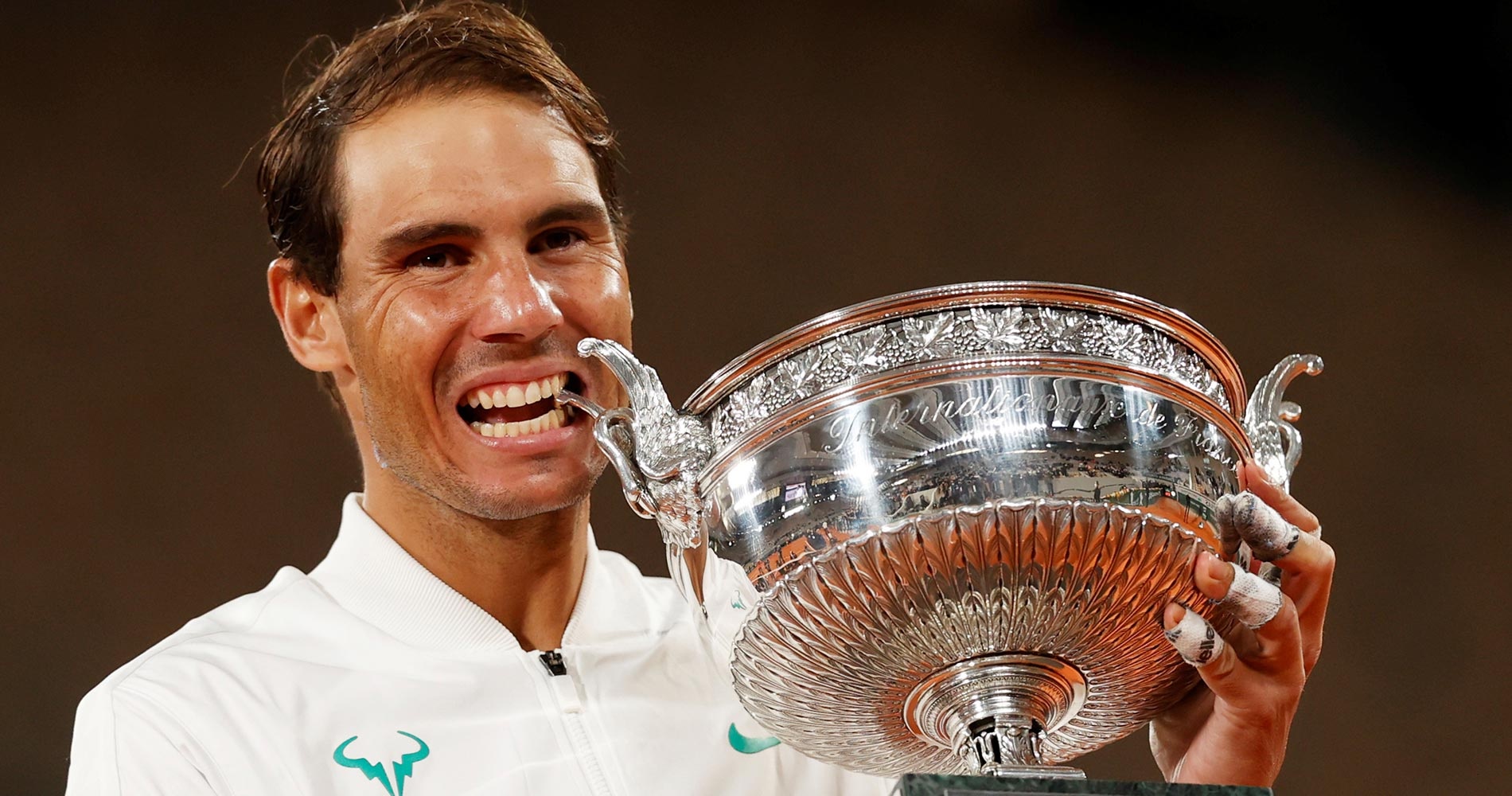 Following Rafael Nadal’s 6-0, 6-2, 7-5 decimation of Novak Djokovic in the 2020 Roland-Garros final, the Spaniard said that he’s most proud of his high level of play and that this win felt a bit more special with the abnormal conditions.

“The personal satisfaction is big because under the circumstances that we played this Roland-Garros, even if I played an amazing match this afternoon, the conditions are a little bit not the conditions that I will choose, never, to play an event like this… I just tried to work every day with the right determination, looking for my goals. Yeah, I think is one of the Roland-Garros that have a better personal value for myself.”

Nadal also noted the sad situation around the world and the players are the lucky ones, having a chance to play their sport and competitions around the world in courtesy of the organizers of the tournaments.

The pandemic also affected his progress before the tournament, with limited tournaments to prepare, but Nadal felt his form climbing as the tournament went on.

“My feeling on the semifinal have been better. The feeling of the ball, practicing even today in the morning, then the warmup, yesterday, my level of confidence hitting the ball have been going up every single day.”

“I was not confident, because you can’t be too confident going on court against Novak, but I have been positive thinking I will be able to play a good match.”

The King of Clay equalled Roger Federer’s record of 20 Grand Slam titles, and the special bond and camaraderie they share made the situation more special, especially in the elite ranks of a sport.

“I think, as everybody know, we have a very, very good relationship. We respect each other a lot. At the same time in some way I think he’s happy when I’m winning and I’m happy when he’s doing the things well. In some way for me means a lot the positive relationship that we have together because we have been going through a great rivalry for a very, very long time.”

Although Nadal reached another career milestone, he wasn’t really thinking about it as it happened — he was just trying to be himself and do what worked for him despite the situation.

“I have to do my way. I did my way during all my career. Worked well. I’m not going to be thinking all the time Novak have this one, Roger is winning the other one. You can’t be always unhappy because your neighbor have a bigger house than you or a bigger boat or have a better phone. You have to live your personal life, no?”

“Personally that’s the things that I did during all my career, just try to follow my road, try my best every single day.”