“He reminds me of my younger self”: Djokovic vs Rune, an ideal final between generations, and a metaphor for the 2022 ATP season

As Novak Djokovic, 35, and one of the eminent representatives of the “Next Next Gen”, Holger Rune (19 ) are set to battle, the Serb will want to continue, as he puts it, to “kick the ass” of the youth 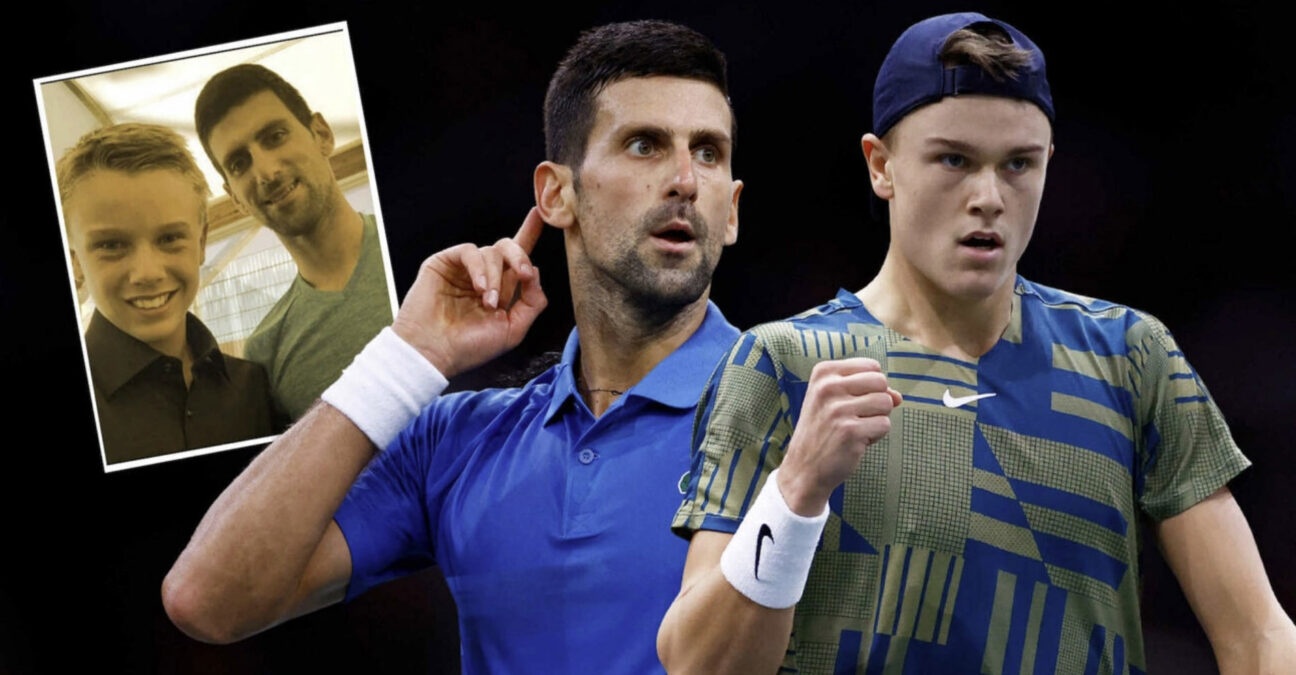 There will be no “Djokodal”. No world No 1. No Felix-Auger-Aliassime either, in the final of the Rolex Paris Masters. But this one will have the glittering hopeful aura, nevertheless, of the ideal final. This Sunday in Bercy, when Novak Djokovic, 35, and Holger Rune, 19, take the court, we’ll have ourselves the type of generational battle that we crave. Even better, the two players who have made the strongest impression with their tennis throughout the week will be locking horns.

Between these two:16 years apart and a giant crater of difference in experience: Djokovic, the man with 21 Grand Slams, will play his 56th final in Masters 1000 (his eighth at Bercy) while Rune will play his very first.

Never before have we seen such an age gap in the final of a tournament in this category. This is fitting, at the twilight of a season where the two generations will have engaged, but perhaps a little too remotely, in a superb duel for the biggest titles.

Between them, the “grandpas” Novak Djokovic and Rafael Nadal have won three of the four Grand Slam titles (Australian Open, Roland-Garros, Wimbledon). The “rookie” Carlos Alcaraz, six days younger than Rune, won the fourth (US Open) before becoming the youngest world No 1 in history.

It was time this year for the most glorious generation in the history of tennis and the one that promises mountains to end up engaging in a final to close out the Masters 1000 season. In this sense, this Sunday’s tilt between Djokovic and Rune will be a little more than a match: it will be almost a star war, between the master Yoda of world tennis and a young padawan who climbs the stages at the speed of the light.

It means a lot mentally, emotionally for me, more than anything, because I need to also make a statement that I’m still there with the young guys, that I’m able to compete with them and win such tight matches.

In an interview with Eurosport earlier this week, Djokovic proclaimed his desire to “kick the ass” of the younger generation. Saturday evening, after beating Stefanos Tsitsipas on the wire in the semi-finals, he repeated it in substance: “It means a lot mentally, emotionally for me, more than anything, because I need to also make a statement that I’m still there with the young guys, that I’m able to compete with them and win such tight matches.”

Including those he really appreciates, and this is obviously the case with Rune. The two men have often trained together at the Mouratoglou academy or in Monte-Carlo, and they faced each other once, in 2021, in the first round of the US Open. “Djoko”, then world No 1 and chasing the calendar-year Grand Slam, took the honours, but Rune acquitted himself well.

Playing his first major, coming out of the qualifications, he snapped off a set from Djokovic before being put to bed, the Danish teen suffered from cramps as he went down in defeat. Rune also showed his confidence after the match, declaring: “If I had been 100 percent physically, I would have had a chance, that’s for sure.”

“Holger is someone I really appreciate, him, his family and his team,” said Djokovic on Saturday after his victory. “I have followed his rise for the past two or three years. He has improved enormously, he has become very strong physically. He has a great work ethic and deserves his current success.”

If the Serb has a particular affinity with the young Dane, it may also be for this reason: “He reminds me a little of myself when I was younger. He has a solid backhand, a very good defense and he fights on all points as if he were gambling for his life. I think he is very good for the image of tennis. There is no doubt that he embodies the future of this sport, along with Alcaraz and others.”

If he did not talk about it, there is perhaps another area in which Djokovic sees himself again in his youth: the impetuous character of Rune, which the person concerned has sometimes had trouble taming. It hasn’t gone unnoticed by some of the senior members of the ATP locker room.

Stan Wawrinka who, who lost to him in the first round of Bercy despite three match points, voiced this opinion during the handshake, telling young Holger to stop “behaving like a baby” ( statement that the Swiss did not confirm).

“He has a strong character, like all great champions and what is needed is that it does not hinder performance,” Patrick Mouratoglou, who works closely with Holger (alongside his trainer Lars Christensen) since the beginning of October, said this week. “Holger is someone who has a lot of emotions on the court, but like many. Some manage to channel it and become great champions, others never succeed. Holger had, until then, been a little inclined to let them take over. I think he has made a lot of progress on that.”

If Alcaraz was not here, a 19-year-old player who achieves such performance, everybody would say it’s incredible.

It remains to be seen if he will also do it for his first final in Masters 1000. Based on what he has shown since the beginning of the week, one would tend to think that he will not be the type to be impressed or by the context, nor by the opponent’s pedigree.

There remains the pure tennis level, placed at the end of the season at a stratospheric height by Novak Djokovic, who has not lost a single match since Roland-Garros (excluding Laver Cup). That is 20 consecutive successes. If he wins this Sunday, the former world No 1 will win his 39th Masters 1000 (breaking his own record) including seven at Bercy (yet another record) which will then become his most prolific Masters 1000, ahead of Miami and Rome.

“If Alcaraz was not there, a 19-year-old player who achieves such performances, everyone would say that it is incredible, noted Patrick Mouratoglou on Friday. “However, as Alcaraz is world No 1, we pay less attention to him. Good, in a way, because puts a little less pressure on him.”

It’s getting harder and harder to leave Rune under the radar. In the event of a coronation on Sunday, it will be impossible. 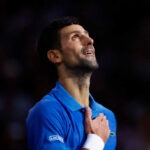 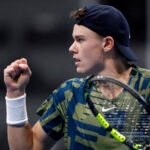 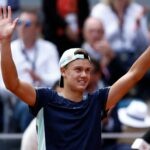