Serena Williams tells Stephen Colbert that her daughter Olympia is a perfectionist on the tennis court. But knowing the pressure that comes with the sport, she seems eager to open other avenues for her. 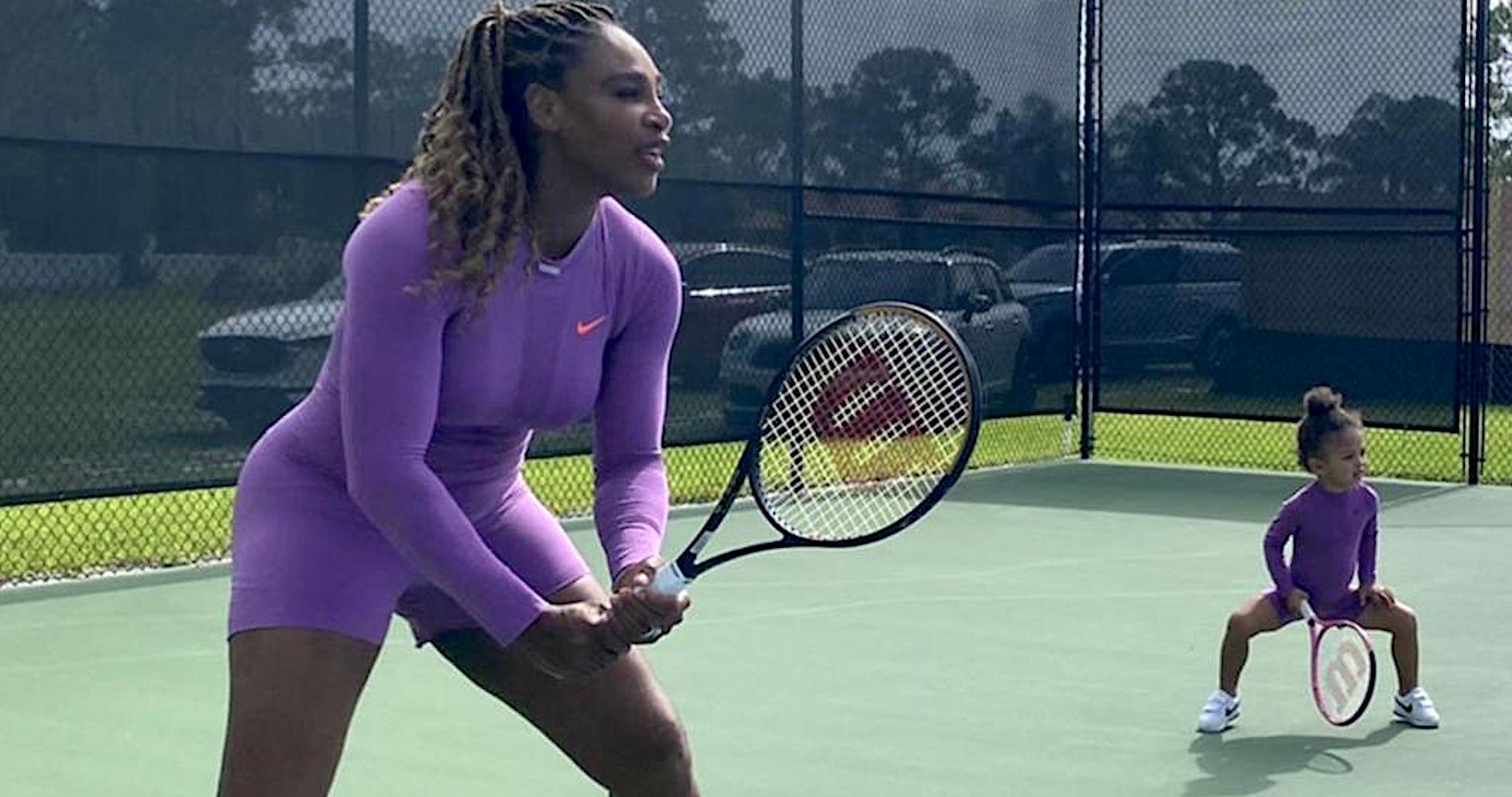 Serena Williams will bid to become the most decorated tennis player in history in 2021, and if she reaches her goal she’ll go down not just as one of the best tennis players of all-time, but one of the greatest athletes – period.

But that type of stardom isn’t necessarily something that Serena wants for her daughter Olympia.

Williams, who spent some quality time with her daughter on court during the quarantine, seems to have a different vision for young Olympia. But she did admit that the kid has potential.

“She’s a perfectionist on the court, not quite sure where she got that from,” Williams told Colbert.

The 23-time major singles champion, who is currently quarantining in Adelaide and will take part in Friday’s “A Day at the Drive” exhibition along with Novak Djokovic, Rafael Nadal, Naomi Osaka, Simona Halep, Dominic Thiem and others, says that she has no plans to push Olympia into tennis. But the pandemic has made the sport a good option to play safely over the last nine months.

“I never thought that I would let my daughter play tennis but during this pandemic it was the only thing that we could do safely, I was like ‘Well, tennis it is,’” she said.

Williams hinted that she’d prefer to see her daughter avoid the pressures that would surely be waiting for her if she went the tennis route. But she wouldn’t stop her if it was something she wanted.

“It’s all-consuming, it’s stressful, it’s a lot of work, it’s huge commitment, and it might be a little dab of pressure,” Williams told Colbert. “So I’m like: ‘I wouldn’t naturally put her in it,’ but if that was something that she wanted to do I would absolutely be like ‘Oh my god she should totally do that.’

“I would be rooting for her and supporting her but it wouldn’t be the first thing that I would do.”

In pictures : A timeline of Serena Williams’ quest for 24

When you have 23 Grand Slam singles trophies, 14 Grand Slam doubles trophies and another two in mixed, it’s hard to keep track of all that hardware. Williams says she may be missing a Wimbledon trophy – or three. The American says that many of her trophies are scattered across the globe, but she’s not too worried about them.

“My first Grand Slam trophy I actually left at my dad’s house at the time and I said ‘You keep it because I’m going to get another one’, and that was at the US Open – of course I was able to get another one,” she said. “My coach has a few in France, there are several in my house. I think one or two or three are missing.

“Honestly I feel like I had a house party years ago and someone got a little too happy at it. I always wonder: ‘Wait is that where one of my Wimbledon trophies went?’ but fortunately I’m not really attached to things. My saying is you can’t take it with you when you leave.”

On the phone from Melbourne, champion tennis player @SerenaWilliams shares how she’s maintaining balance during this time.https://t.co/sFAz8ziLj8

On the quest for 24 Slam titles

Next stop for Williams is Melbourne where she’ll attempt to win her first Grand Slam title since before she gave birth to Olympia. She last triumphed at a major at the Australian Open in 2017 when she was already pregnant with Olympia (who will turn four on September 1), but Williams is still hungry for another chance to further solidify her legacy.

“I really play right now for Grand Slams and I love having the opportunity to even still be out here and even compete on this level,” Williams said.  “What it means to me is an opportunity.”