Australian Open 2020: I believe in miracles! Federer accepts he was ‘incredibly lucky’ to survive Sandgren scare

After saving seven match points in his five-set victory over Tennys Sandgren at the Australian Open, Roger Federer accepts he got lucky. 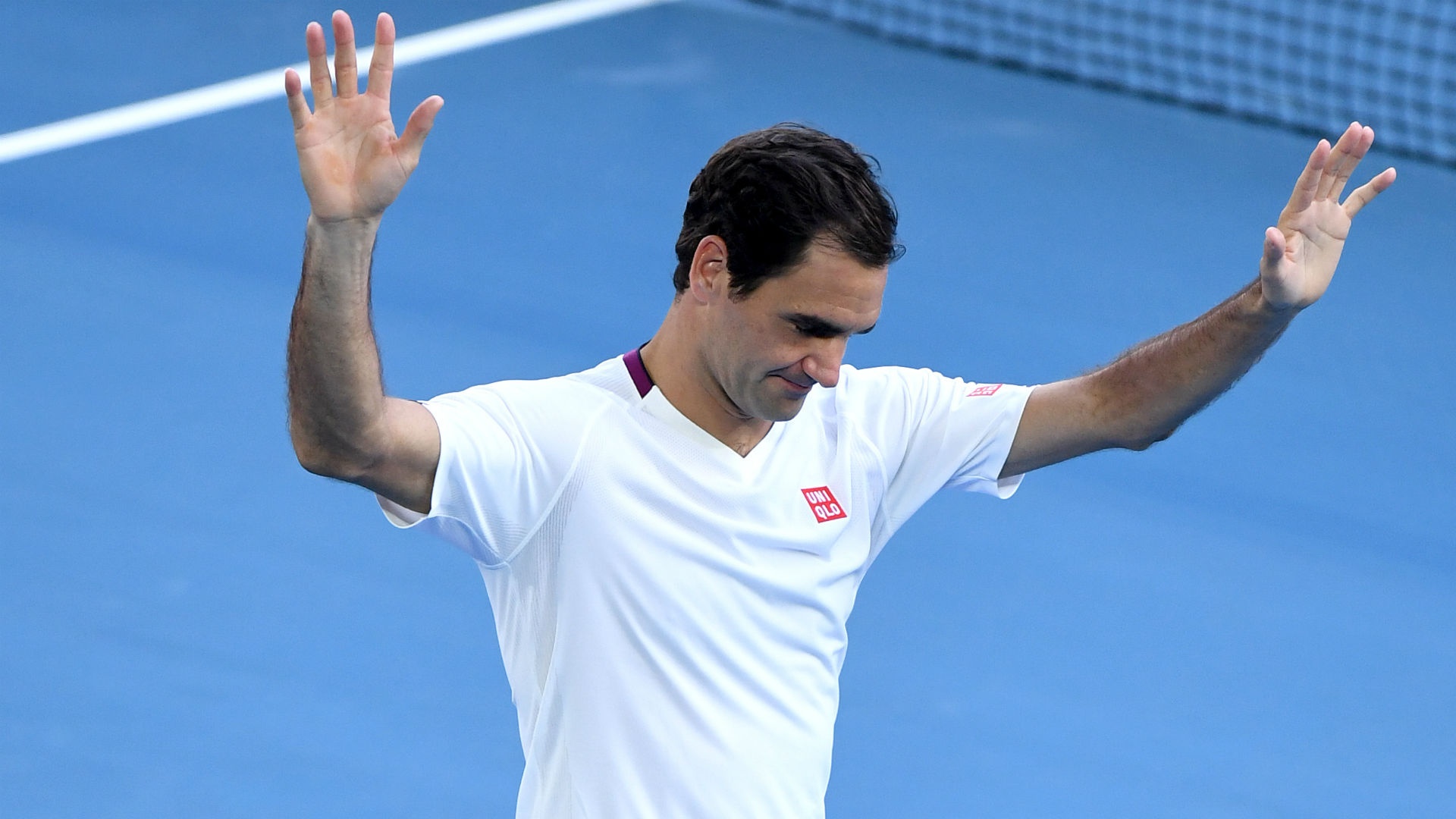 Roger Federer was under no illusion that he survived a major scare when coming through his gruelling Australian Open quarter-final with Tennys Sandgren in five sets.

After winning the first set with little fuss, Federer began to struggle and lost the next two 6-2 to the American, requiring a medical timeout when 3-0 down in the third.

With his groin and leg causing Federer discomfort, he was on the brink of defeat in the fourth set, facing a total of seven match points.

But he showed remarkable resilience to fight back and level the contest, with a visibly frustrated Sandgren struggling to keep his emotions in check.

Federer closed out the match, taking the final set to clinch a 6-3 2-6 2-6 7-6 (10-8) 6-3 victory, but he claimed he did not deserve the victory given Sandgren outscored him in terms of aces, overall points and winners.

“You’ve got to get lucky sometimes, I’ll tell you that,” a jovial Federer said in his on-court interview. “In those seven match points you’re not in control, it may not look that way.

“I don’t know, I was just hoping that he wasn’t going to smash the winner on that one point, and just keep the ball in play, and if he misses one or two, who knows what he’s thinking about?

“Even that didn’t really matter. I think he played his match, I got incredibly lucky and then as the match went on, I started to feel better again.

“All the pressure went away, and I started to play. Again, I got a little lucky with the breaks and served really well I think for most of the game, particularly at the end.

“I don’t deserve this one, but I’m standing here and obviously very happy.

“I don’t like calling the trainer, ever, because it’s a sign of weakness and all that stuff, and I try not to show it. The best is when it’s a groin [injury], so you go off court and no one knows what it is.

Even after a match like that, @rogerfederer still has the crowd laughing #AusOpen pic.twitter.com/W0yjJ6HK7N

“I just said, ‘I believe in miracles’. It could rain, there could be stuff [happening]. It [the injury] wasn’t bad enough where I thought it was going to get worse, I was just stiff and tight – [I was thinking] ‘let him finish me off in style’, and he didn’t do that, so I’m incredible lucky today, tonight… I don’t even know what time it is.”

The 20-time grand slam winner will face either Milos Raonic or defending champion Novak Djokovic in the semi-finals and, while the prospect of facing the latter when not 100 per cent fit is by no means kind, Federer is ready to embrace whatever happens after riding his luck.

“With these lucky escapes, you might play without any expectations anymore because you know you should already be skiing in Switzerland! I’m lucky to be here and might as well make the most of it.”