Former world number one Garbine Muguruza moved through to her first major semi-final since the 2018 French Open on Wednesday. 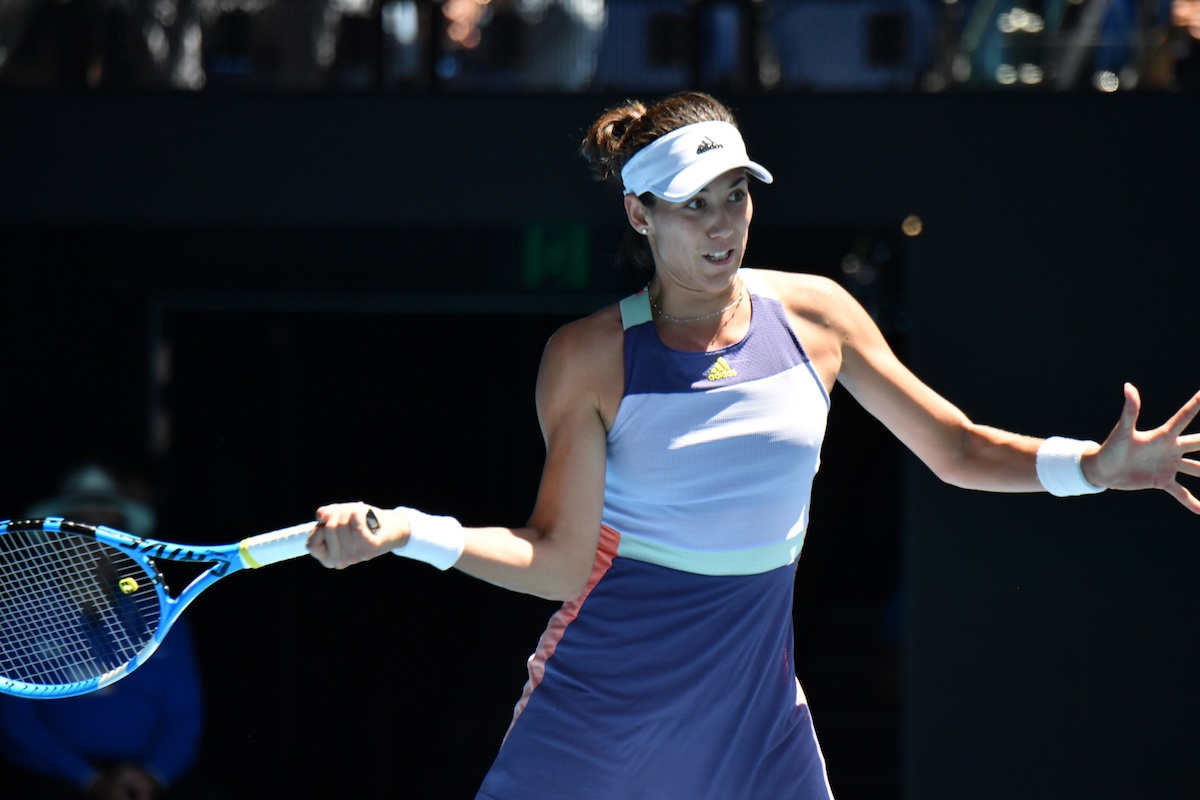 Unseeded for the first time at a slam since 2014, Muguruza has looked a rejuvenated force in Melbourne following her reunion with former coach Conchita Martinez – the pair split in 2018 following the Spanish star’s 2017 Wimbledon triumph.

And former world number one Muguruza moved through to her first major semi-final since the 2018 French Open thanks to Wednesday’s hard-fought win against 30th seed Pavlyuchenkova.

Muguruza will now face 2018 runner-up Simona Halep for a place in the women’s decider.

Winner to face Halep in the #AusOpen semis. pic.twitter.com/CgyCj5SPOM

Holds of serve were at a premium from the outset in Melbourne as Muguruza – back in the Australian Open quarter-finals for the first time since 2017 – and Pavlyuchenkova traded breaks in sunny conditions.

Pavlyuchenkova – on a giant-slaying mission after stunning 2016 champion Angelique Kerber and second seed Karolina Pliskova en route to the quarters – claimed the first break in the third game. A double-fault handing the Russian an early 2-1 lead, which set the tone for an absorbing and topsy-turvy contest.

Double-faults were a theme after Pavlyuchenkova handed Muguruza the opportunity to break back immediately following a tense battle at the net, before the latter fended off a break point chance to hold for a 3-2 advantage.

Proving difficult on serve, breaks continued to come and go until Muguruza bucked the trend by holding serve with a powerful winner down the line in the 11th game and a double-fault gifted the Spaniard the chance to close out the 56-minute set on her opponent’s racquet and she duly converted.

The second set followed a similar pattern, with three breaks of serve after five in a tense opener.

But most importantly, Muguruza claimed two of those – the decisive break coming to love in the sixth game – as the 26-year-old progressed to her maiden semi in Melbourne.