Daniil Medvedev had not lost since the US Open final before Jeremy Chardy brought him back down to earth in Paris. 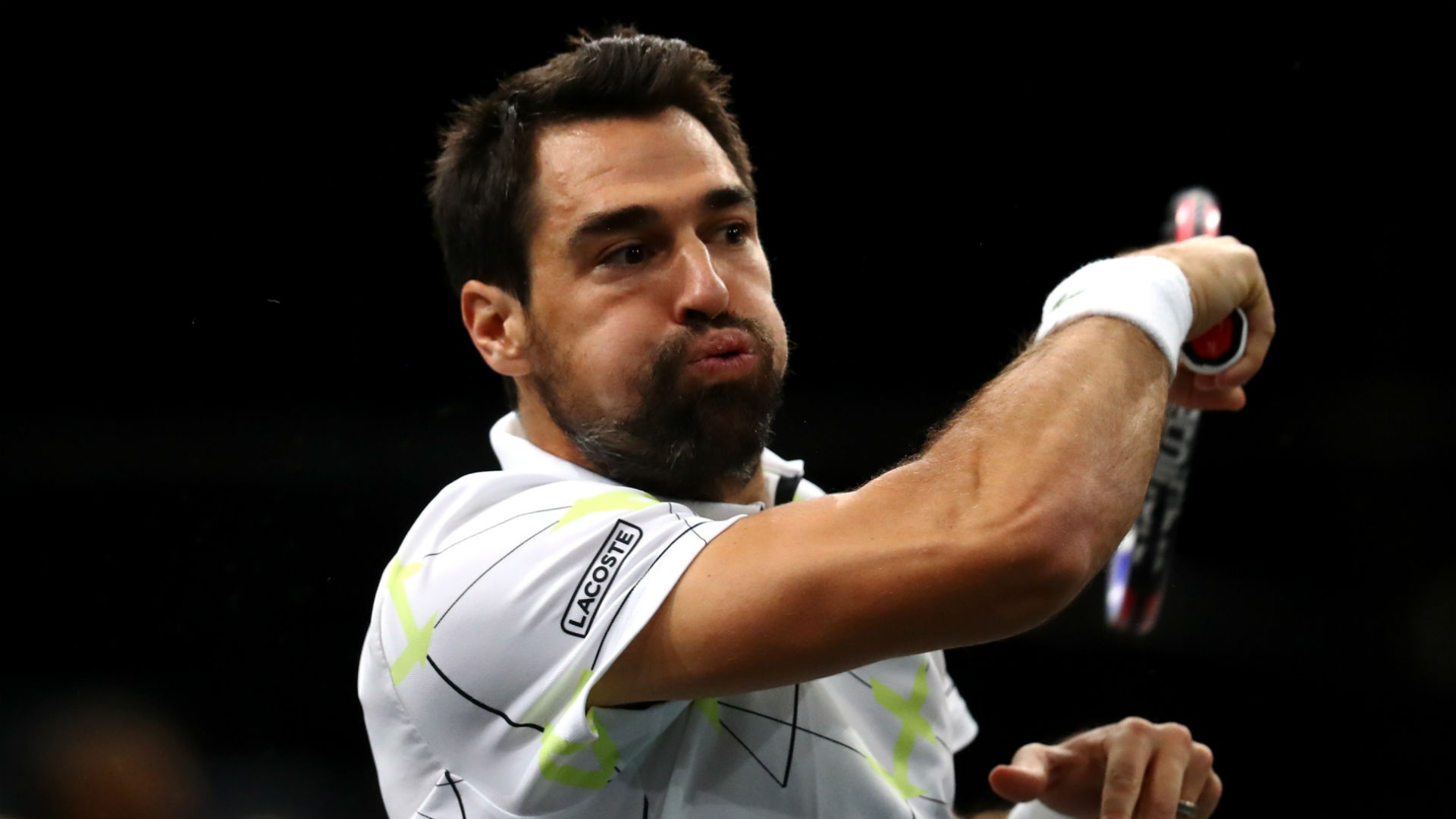 Medvedev arrived in Paris looking for a third successive title, but the world number four’s winning run was halted at nine matches by a shock 4-6 6-2 6-4 defeat to qualifier Chardy.

The 65-ranked Chardy saved nine break points in the final set to reach the third round of the tournament in his homeland for the first time, consigning Russian Medvedev to a first loss since facing Rafael Nadal in the US Open final.

Medvedev’s compatriot Khachanov also made an unexpected exit and has no chance of qualifying for the ATP Finals after he went down 7-6 (7-5) 3-6 7-5 to Struff.

Alexander Zverev, vying for one of the two remaining places in the season-ending tournament in London, accounted for Fernando Verdasco 6-1 6-3 and Radu Albot was the fourth second-round winner on day two.

Corentin Moutet will face world number one Novak Djokovic in the second round after the French lucky loser got past Dusan Lajovic 6-4 1-6 6-3, while Kyle Edmund ended his eight-match losing streak with a 6-4 6-3 victory over Ricardas Berankis.

Medvedev had reached six consecutive finals, winning the Shanghai Masters last time out on the back of his St. Petersburg Open triumph.

The 23-year-old was brought back down to earth by the experienced Chardy, who saved 14 of 15 break points – one of which coming when he served for the match.

Medvedev had nine break-point opportunities in the final set and was made to pay for not being able to take his chances.

Chardy had not beaten a top-10 player in his previous 10 attempts but can look forward to facing John Isner or Cristian Garin in the third round.

Khachanov beat Djokovic in the final last year, but was second best in his first match of the tournament this time around.

World number 36 Struff will come up against ATP Finals contender Matteo Berrettini or home wildcard Jo-Wilfried Tsonga in the last 16 after hitting 43 winners in an impressive performance.

Struff and eighth seed Khachanov served 17 aces a piece, while the Warstein native won 84 per cent of points on his first serve and broke twice in the second set to ensure there will be a new champion this weekend.

ZVEREV BACK IN BUSINESS AFTER BASEL FAILURE

Zverev was beaten by Taylor Fritz in his first match at the Swiss Indoors Basel last week after Medvedev denied him the title in Shanghai.

The world number six, who will be guaranteed the opportunity to defend his ATP Finals title if he reaches the decider this weekend, took just 56 minutes to send Verdasco packing.

Zverev lost just five points on serve – and only one in the second set – and will next face either Denis Shapovalov or Fabio Fognini.