Having finished runner-up at the 2018 Next Generation ATP Finals, Alex de Minaur has made a strong start to this year’s tournament. 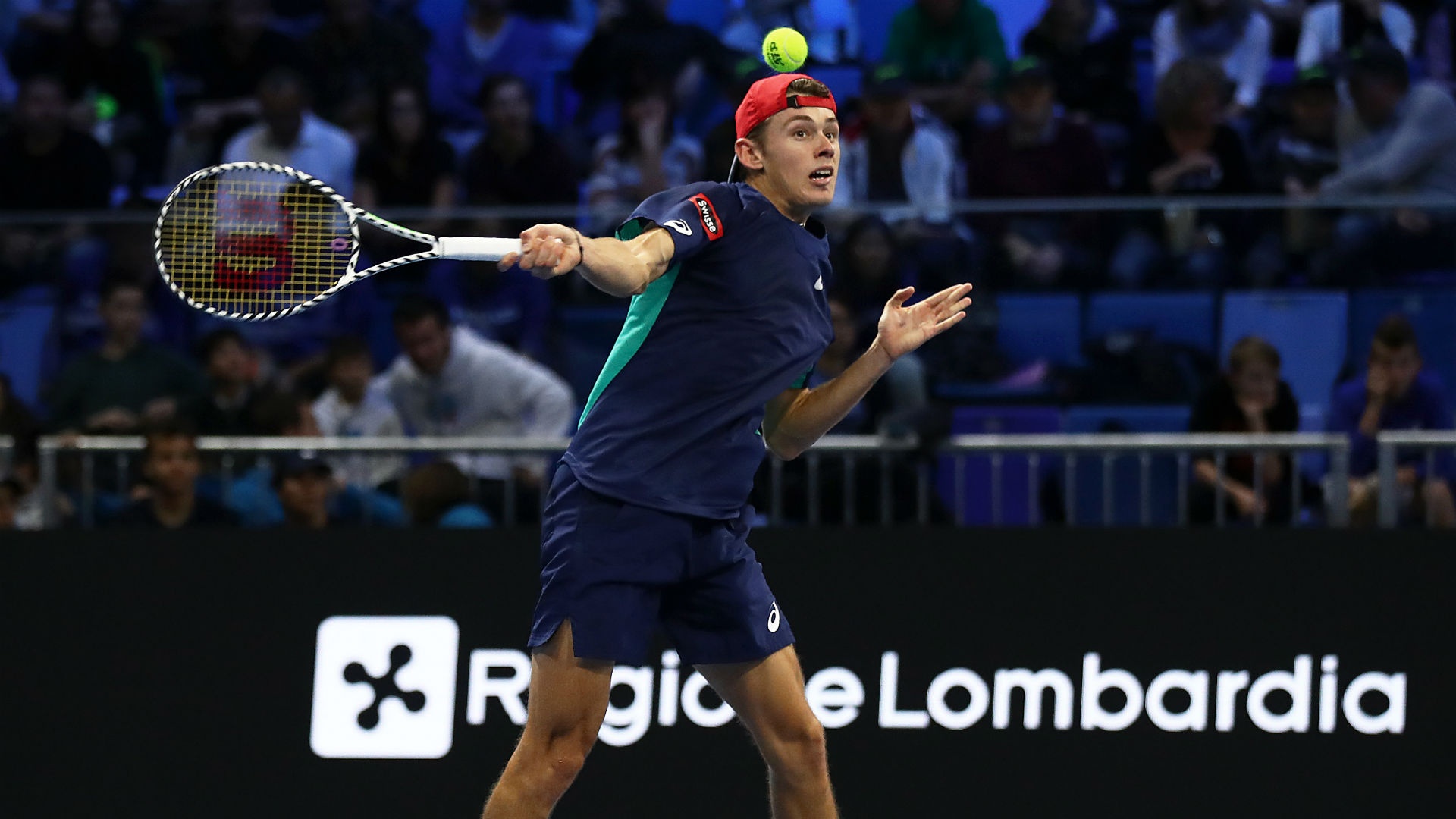 Alex de Minaur made it two wins from two Next Generation ATP Finals matches as he defeated Miomir Kecmanovic on Wednesday, with Jannik Sinner booking a last-four spot.

Australian De Minaur, the highest-ranked player at the event, secured a 4-1 4-3 (7-3) 1-4 4-0 victory to follow up on his opening Group A win over Alejandro Davidovich Fokina.

Having been made to work hard for his triumph in Milan, particularly during the second and third sets, the 2018 runner-up was pleased with his powers of recovery.

“This is what you expect in these conditions,” said the world number 18, referencing the shorter format. “A match can turn quickly. I didn’t play badly, he just played well in the important moments.

“I just had to regroup and stick to my game.”

The impressive Sinner was a 4-0 4-2 4-1 winner over Mikael Ymer to ensure he will progress from Group B.

Casper Ruud, who lost his opener to Kecmanovic, inflicted a second consecutive defeat on Davidovich Fokina.

In the other Group B clash, Frances Tiafoe recovered from his defeat to Sinner by beating Ugo Humbert, who has now suffered back-to-back reverses.