Dominic Thiem’s performance against Novak Djokovic was lauded by the Serbian at the ATP Finals. 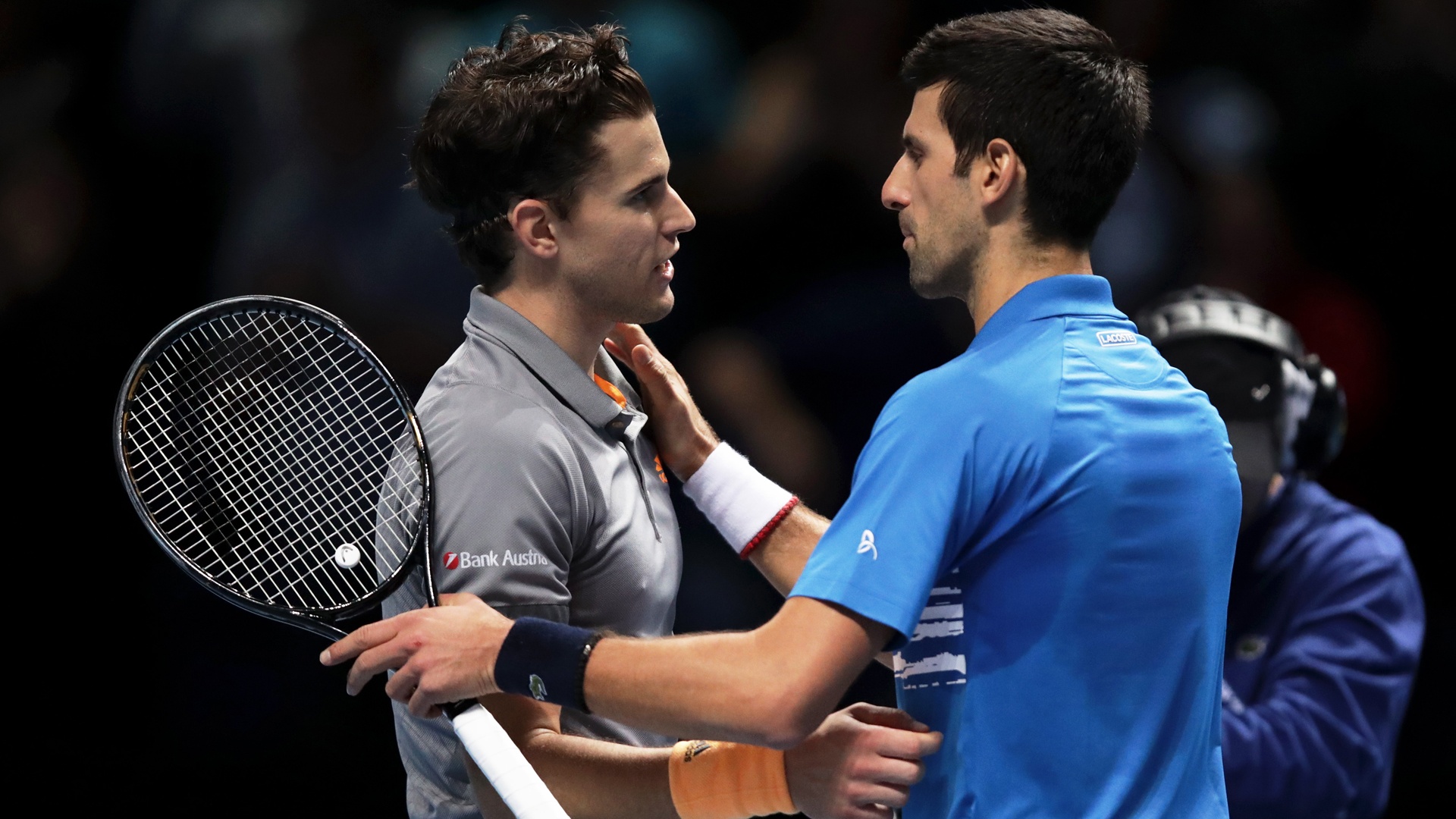 Novak Djokovic praised Dominic Thiem’s “unbelievable” performance after suffering a thrilling loss to the Austrian at the ATP Finals on Tuesday.

Thiem hit 51 winners and just as many unforced errors during an aggressive display that eventually paid off with victory in two hours, 47 minutes.

Djokovic, who will face Roger Federer in Group Bjorn Borg for a place in the semi-finals, praised Thiem’s performance.

“I thought he deserved to win. He just played very courageous tennis and just smacking the ball, he went for broke, the entire match he played the same way he played the last point,” the Serbian 16-time grand slam champion told a news conference.

“I mean, I have to put my hat down and congratulate him because he just played a great match.”

Djokovic added: “I don’t think I’ve experienced too many matches like this where my opponent just goes for every single shot.

“I mean, he was unbelievable, in some stages it was just incredible that he was just literally smacking the ball as hard as he can and it was going in.

“Of course his level is super high, today was unbelievable, but whether he can keep that up every match, if he does, chapeau, there’s not much you can say, for sure he’s playing great tennis.”