With four Shanghai Masters titles to his name, Novak Djokovic pushed on to the third round with victory over Denis Shapovalov in China. 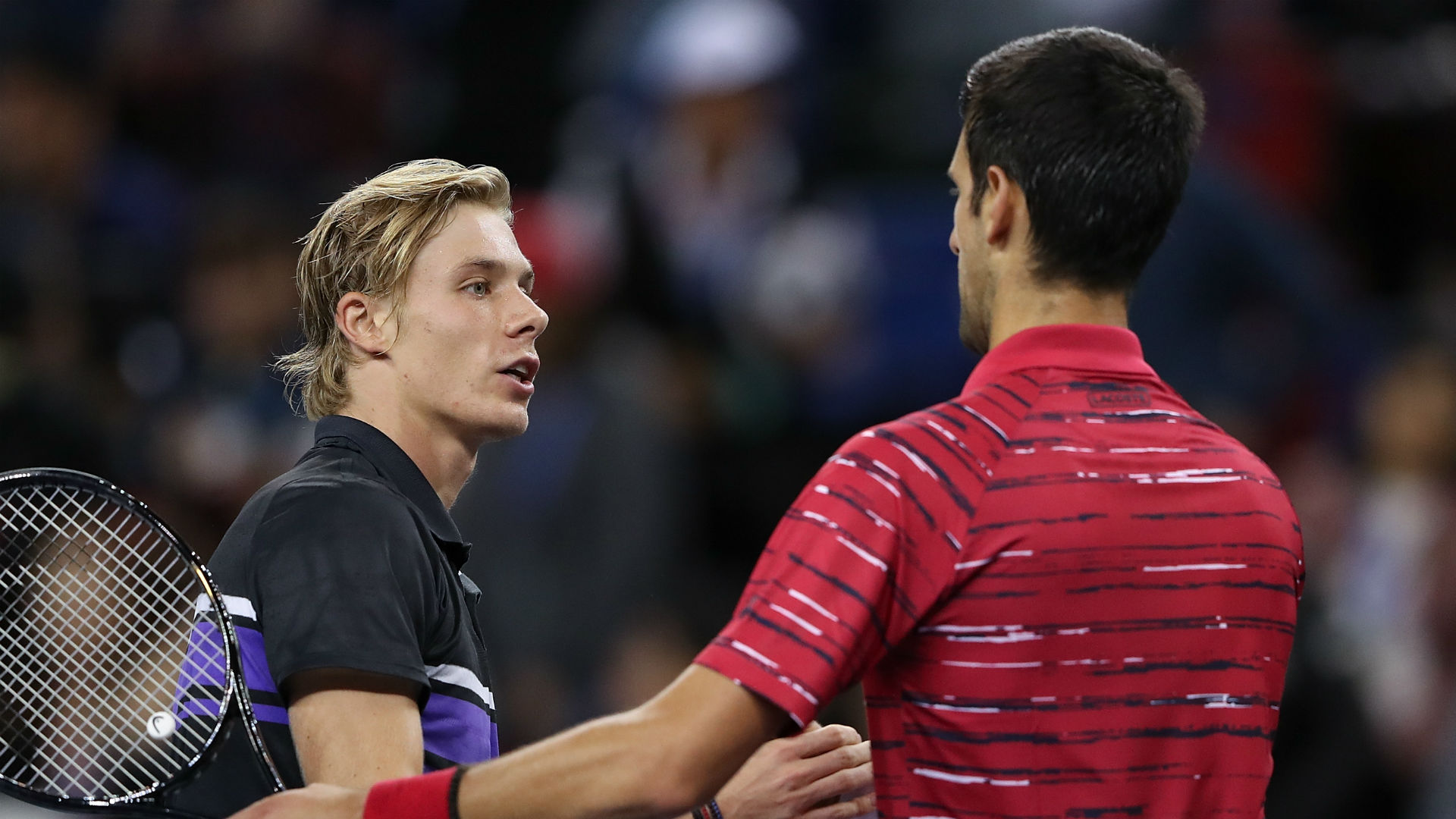 Novak Djokovic overcame Denis Shapovalov to book a Shanghai Masters last-16 spot as he made an impressive start to his defence of the title.

The Serbian wrapped up a 6-3 6-3 victory as he bids for a fifth trophy success at the event, where he will face John Isner next.

That was the final match on court and rounded off a day in which all 10 clashes were decided in two sets.

Absolutely brilliant from the World No. 1

This is @DjokerNole at the top of his game.

Shapovalov played well but could not keep pace with his illustrious rival across the net, Djokovic dropping only one point on serve in the first set.

No man has won more titles at this event than Djokovic and, on this evidence, he will be adding to his tally.

Djokovic was deadly accurate and coasted through his service games, dictating rallies and offering almost no hope to his Canadian opponent.

Even when Shapovalov upped his game on serve, Djokovic produced a string of superb returns to maintain the ascendancy.

In the other half of the draw, fourth seed Thiem battled past Carreno Busta as the Austrian advanced his claims for a second Masters win of 2019, having won at Indian Wells.

The Austrian saved three set points in the opener and took control of the tie-break before settling matters in a more comfortable second set.

A straight-sets win may always seem simple on paper, but Stefanos Tsitsipas and Alexander Zverev were both made to work hard for their victories.

Sixth seed Tsitsipas, who has won in Estoril and Marseille this year, will be favourite to overcome Hubert Hurkacz for a spot in the quarter-finals.

Zverev, seeded one place higher than Tsitsipas, faces Andrey Rublev as the German goes in search of a fourth Masters title.

Goffin was 6-2 3-0 up against Mikhail Kukushkin when the Kazakhstani retired hurt.