Bianca Andreescu’s winning streak was finally ended by Naomi Osaka, who was keen to send a message at the China Open. 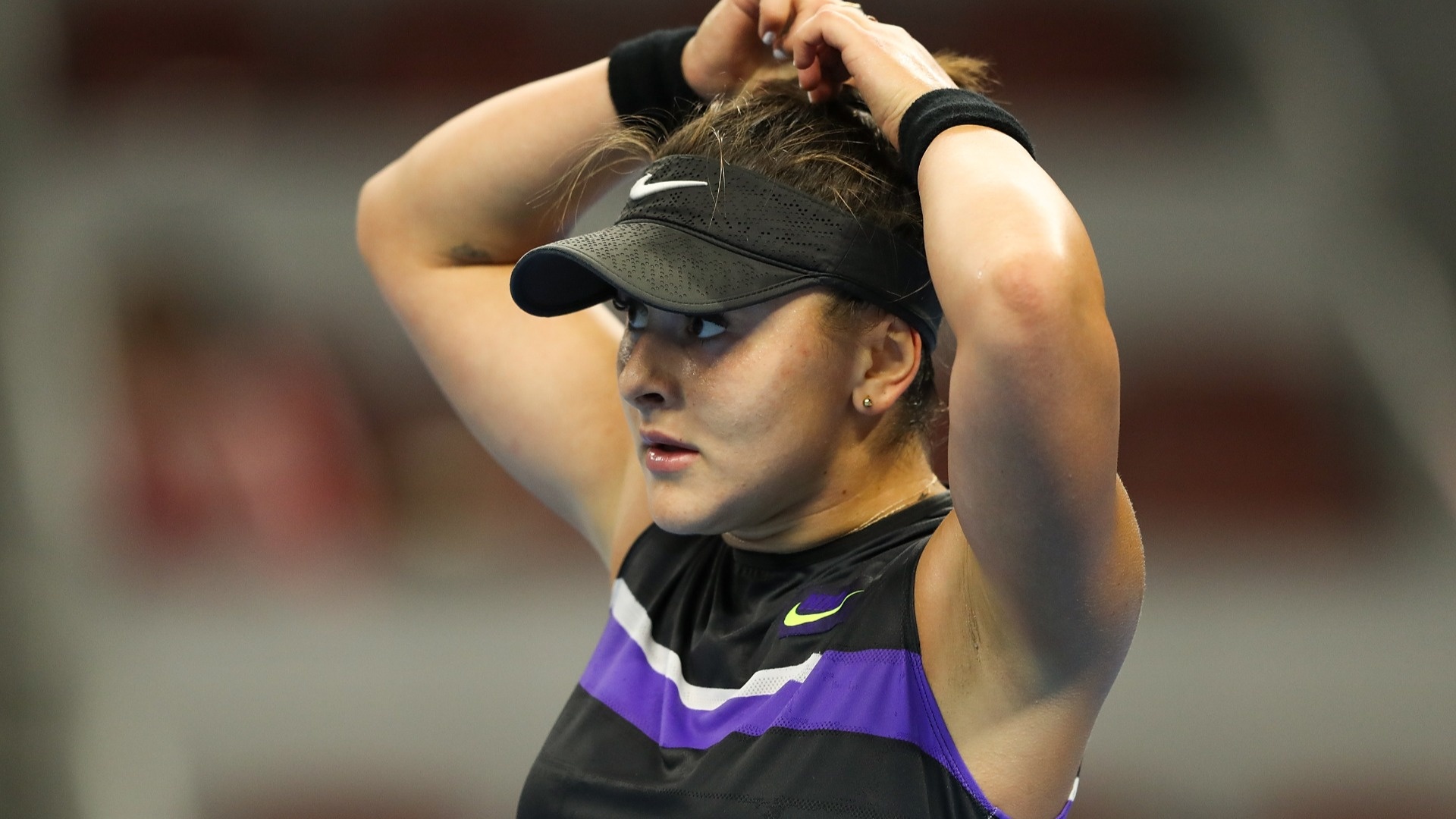 Naomi Osaka was keen to remind the tennis world of the threat she poses as she ended Bianca Andreescu’s stunning winning run in the China Open quarter-finals.

Osaka won the 2018 US Open and started the new year by claiming the Australian Open, moving to world number one, but her season then unravelled with a series of unconvincing performances.

Meanwhile, Andreescu emerged as one of the outstanding talents on the WTA Tour, stringing together 17 consecutive victories that included taking the Flushing Meadows title for her own breakthrough major success.

But Osaka spoiled the party in Beijing on Friday, rallying from a set down to stun her 19-year-old opponent 5-7 6-3 6-4, continuing an impressive Asian swing.

The Japanese won the Pan Pacific Open and is now into the last four of the final Premier Mandatory tournament of the year, with defending champion Caroline Wozniacki up next.

Wozniacki, who has endured a tough year, defeated Daria Kasatkina 6-3 7-6 (7-5) to maintain her hopes of becoming the first woman to win this competition three times.

It appears Osaka was hurt by the public and media response to her tough middle section of the year, now determined to prove her worth again in the final weeks of the season.

“It meant a lot because I feel like people counted me out after the Europe thing,” she said, having failed to reach a final on clay or grass. “I still won a slam this year, I won [the Pan Pacific Open].

Let’s not do this again anytime soon pls https://t.co/6PRQ0NkmxP

“I’m still here. But there’s a sort of beauty to be underrated.”

As well as reaching the semi-finals in Beijing, Osaka also booked her place at the WTA Finals with victory, joining Ashleigh Barty, Karolina Pliskova, Simona Halep and opponent Andreescu.

Andreescu had not been beaten in a completed match since March and so, quite understandably, was not used to the feeling of coming up short on Friday.

So many incredible stats about Bianca Andreescu’s 2019 season, but the fact that she won the first 8 matches she had against Top 10 opponents remains the standout stat.

A feat we will not see again anytime soon.

“I forgot how it feels [to lose],” she said. “Honestly, it sucks. I didn’t miss it at all. But at least I didn’t get whooped one and one. I put up a fight.

“I really fought, especially in that last game. Holy crap, that was crazy.”

While many eyes were distracted by the Osaka-Andreescu tussle, world number one Barty advanced in the other half of the draw, beating Petra Kvitova 4-6 6-4 6-3.

This was another superb contest, leading the French Open champion to claim: “From my opinion, that was one of the highest quality matches I played all year.

“Petra always has a way of bringing out the best in me, she really does.”

The Australian faces Kiki Bertens next after the Dutch star upset third seed Elina Svitolina in straight sets. “I think I stepped up my game today,” Bertens said.