Italian favourite Jannik Sinner will meet top seed Alex de Minaur to decide who will be crowned champion at the Next Gen ATP Finals. 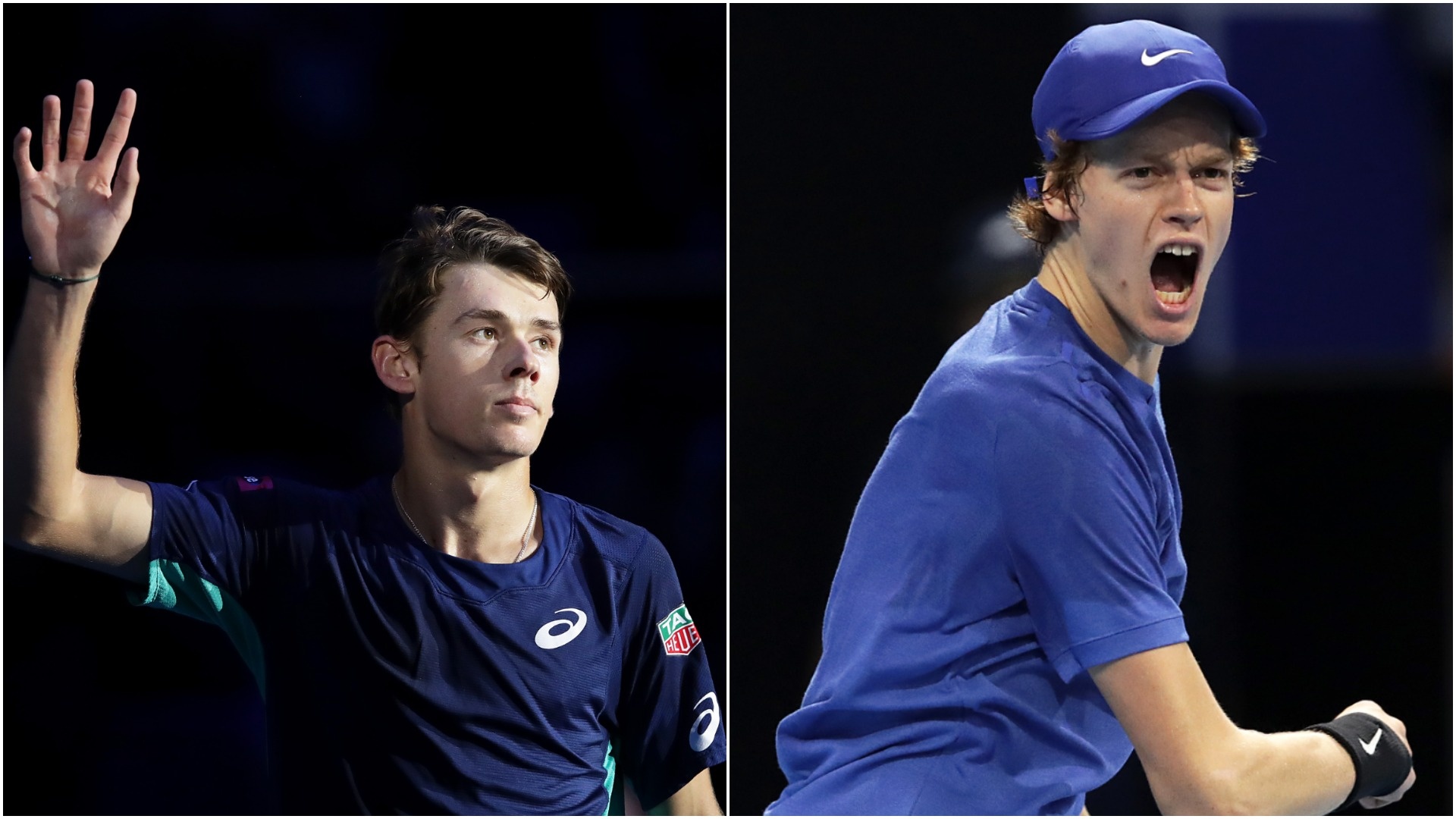 Alex de Minaur and home favourite Jannik Sinner will meet to decide this year’s champion at the Next Gen ATP Finals after respective semi-final triumphs over Frances Tiafoe and Miomir Kecmanovic.

Defeated by Stefanos Tsitsipas in last year’s final, top seed De Minaur was on scintillating form against his good friend Tiafoe in a 4-2 4-1 0-4 4-2 victory.

The world number 18 – who has three singles titles to his name this season – hardly had to break a sweat as he took complete control in the first two sets.

Heeding the in-game advice of his coach, Tiafoe put in “unconditional effort” at 2-0 down, managing to haul himself back into contention with a supreme display in the third set.

However, De Minaur ultimately had too much firepower and, after a winner teed up match point, a stray shot into the net from Tiafoe handed the 20-year-old a second successive final appearance.

“It’s difficult, but easier in some ways [to play a friend],” De Minaur said afterwards.

“It’s easy because you know that no matter what happens on the court, you’re still going to be the best of friends.

“In the same manner, you’ve got to remember that you are opponents, I’ve got to get in the zone, fired up and motivated, but it worked out.”

Facing the Australian in Saturday’s title decider will be a favourite of the Milan crowd – 18-year-old wild card Sinner, who rallied from a set down to defeat Kecmanovic 2-4 4-1 4-2 4-2.

Some nervy shots from the world number 95 allowed his Serbian opponent to take a foothold, but Sinner – buoyed on by voracious supporters – soon regained his composure.

Successive breaks of serve across the end of set two and start of set three gave Sinner an advantage he did not relinquish and although Kecmanovic clawed back three match points in the final set, he sent a forehand return out of play to seal the Italian’s progression.