Daniil Medvedev would have won his ATP Finals match against Rafael Nadal 999 times out of 1000, according to the world number one. 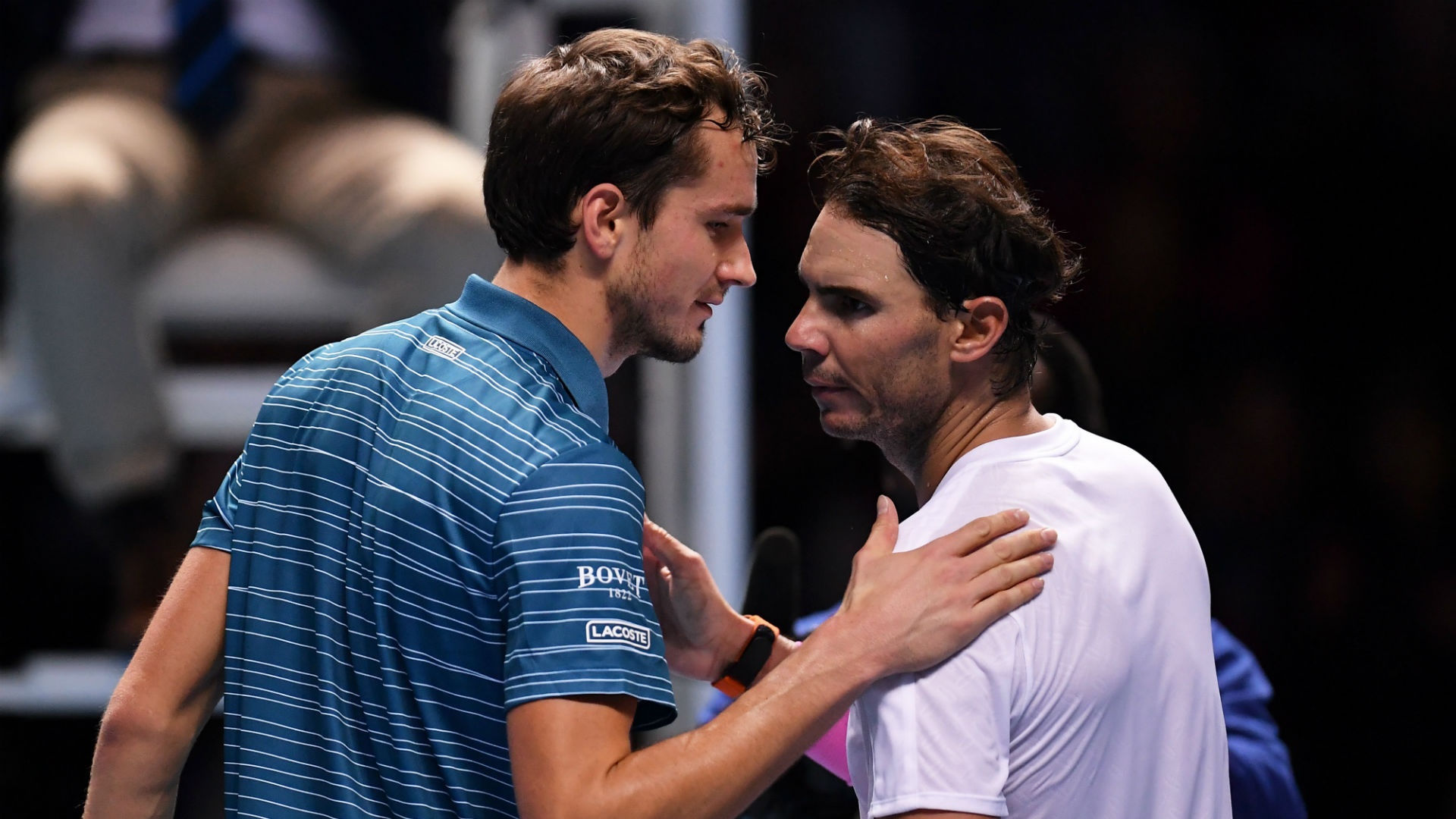 Rafael Nadal offered his apologies to Daniil Medvedev after the world number one produced a stunning comeback at the ATP Finals.

Medvedev, who lost to Nadal in this year’s US Open final, had broken twice to take a 5-1 lead in the decider before collapsing.

The Russian lost five successive games as Nadal forced a tie-break, with the Spaniard – who is still searching for his first ATP Finals trophy – taking advantage to put Medvedev on the brink of an early exit.

However, Nadal conceded he needed his fair share of good fortune to overcome the world number four, who has been in outstanding form in the second half of 2019.

“Honestly, I have been super lucky, that’s the real thing,” Nadal said. “Sorry to Daniil, it is a tough loss, he was playing much better than me in the third.

“Today is one of these things where one out of 1000 you win.

From 1-5 & match point down in the deciding set…@RafaelNadal produced a simply spectacular comeback.

“At 5-3, when you have the first break, then you are only one break away. I know from personal experience how tough it is to close the matches, especially when you are two breaks in front and lose the first one.

“After the first one, I thought I had a chance. In general terms, I played much better than two days ago [against Alexander Zverev] so that’s a positive thing for me.

“I have had lots of years on the tour, I love this sport, I love playing in these amazing stadiums. That’s the biggest motivation possible. It’s impossible not to fight when you have amazing support like this.”

Having lost to defending champion Zverev on Monday, Nadal will most likely have to beat world number six Stefanos Tsitsipas in his final round robin match to progress to the semi-finals.