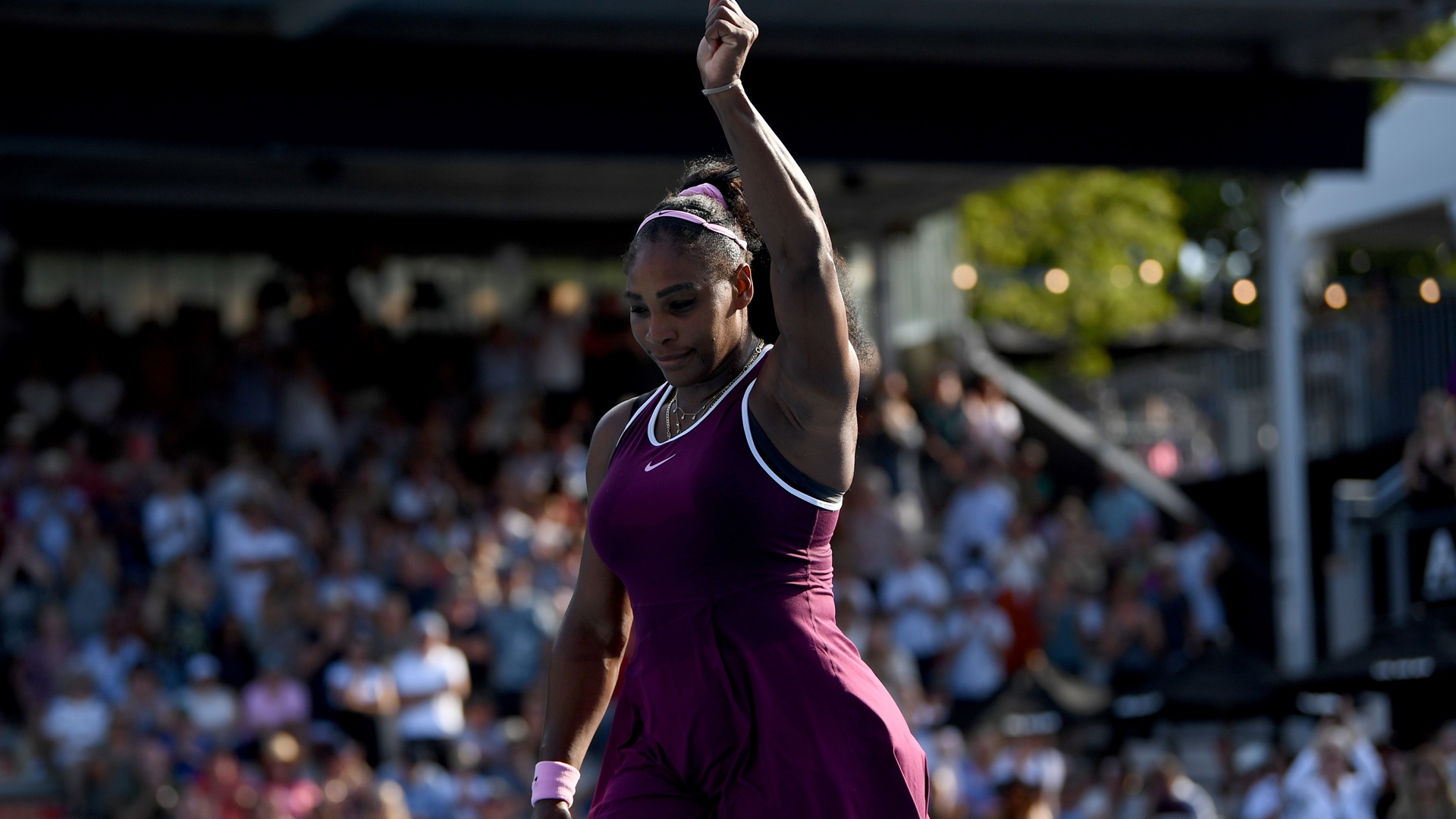 Serena Williams was in brilliant form to reach the Auckland Open final, while Karolina Pliskova saved a match point to beat Naomi Osaka in a thrilling Brisbane International semi.

The 23-time grand slam champion mixed 17 winners with six unforced errors and lost just nine points on serve. Williams served five aces and converted all five of her break points in a dominant display in the lead up to the year’s first grand slam in Melbourne.

The American moved into her 98th WTA Tour final and will be aiming for a 73rd title but first since the 2017 Australian Open when she faces Jessica Pegula.

A two-time runner-up, Wozniacki – who will retire after the 2020 Australian Open – won just 10 points in the third set.

Wozniacki will contest the doubles final with Williams against Taylor Townsend and Asia Muhammad.

In Brisbane, Pliskova lost a first set on a tie-break in which she squandered two set points and saved four, and was staring down the barrel after Osaka broke for a 6-5 lead in the second.

However, Osaka’s first serve on match point was overly tentative and a series of errors handed Pliskova the break back. The second seed took full advantage, winning the subsequent tie-break and taking the decider in comfortable fashion to defeat the reigning Australian Open champion 6-7 (10-12) 7-6 (7-3) 6-2.

Earlier, Madison Keys rallied past Petra Kvitova to clinch a 3-6 6-2 6-3 victory, meaning there will be no all-Czech final in Queensland.

At the Shenzhen Open, Russian Ekaterina Alexandrova clinched her maiden WTA Tour title with a 6-2 6-4 win over Elena Rybakina in the final.