Every day, Tennis Majors takes you back in time to relive a tennis event which happened. On this day, July 27, 1946 France’s Marcel Bernard opened the post-war era of Roland-Garros by winning the title. 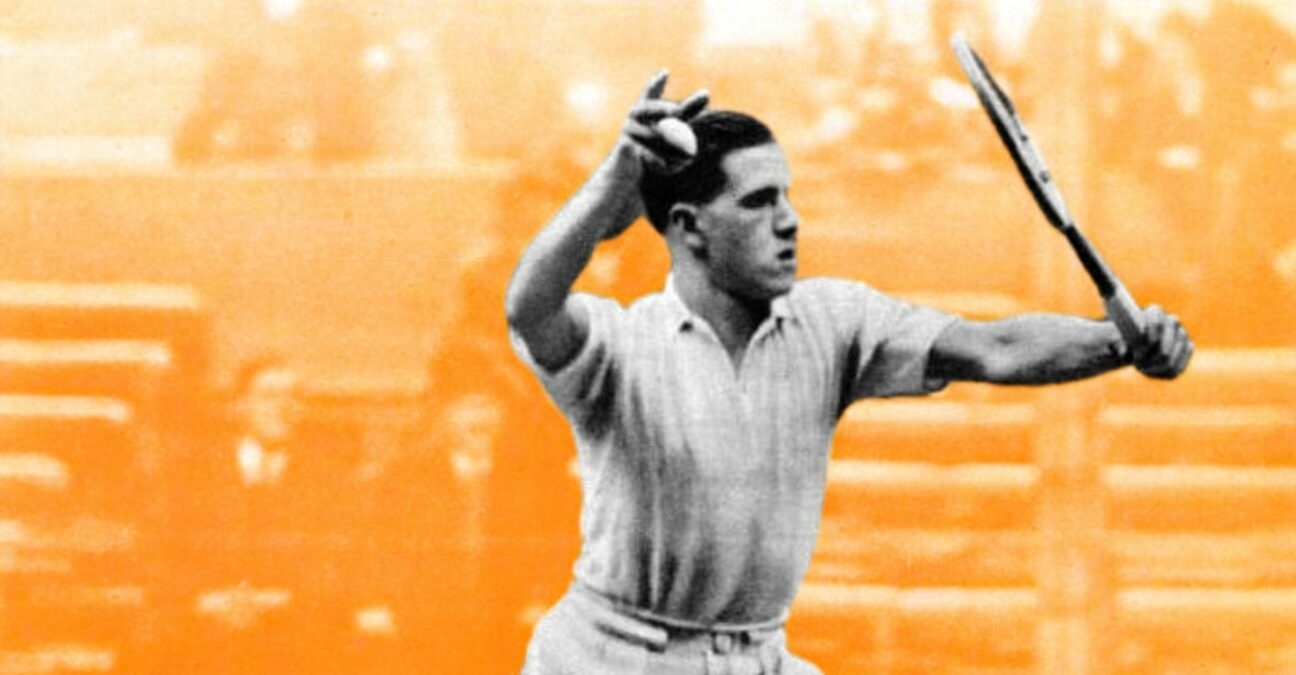 On this day, July 29, 1946, Marcel Bernard defeated Jaroslav Drobny (3-6, 2-6, 6-1, 6-4, 6-3) to win the first post-war edition of Roland-Garros, becoming the first Frenchman to triumph on home soil since Henri Cochet, in 1932. More importantly, Bernard would remain the last Frenchman to win the tournament for 37 years, until Yannick Noah won in 1983. To put a cherry on top of a symbolic victory, Bernard won the doubles event the following day. 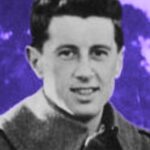 Born in 1914, Marcel Bernard was one of the best French tennis players of the 1930s. However, despite having reached the Roland-Garros semi-finals in 1932 (destroyed by Henri Cochet, 6-1, 6-0, 6-4) and in 1936 (defeated by Gottfried von Cramm), his results were overshadowed by the recent feats of the fabled Four Musketeers, the French quartet that had won numerous Grand Slams and six Davis Cups.

Jaroslav Drobny, from Czechoslovakia, was another left-hander, born in 1921. He participated at Wimbledon for the first time in 1938, at the age of 16, but his career was then interrupted by World War II. He was also a fantastic ice hockey player who was a part of the Czechoslovakian national team.

The tournament originally known as the French Championships was held for the first time in 1891, but it had only open to foreigners from 1925, and it was only from 1928 and onwards that it was known as Roland-Garros.

That year, a new venue was built to host the Davis Cup final and it became home to the Championships as well. The Four Musketeers dominated the event in its first years at Roland-Garros, but the last Frenchman to triumph there was Henri Cochet, in 1932.

In 1946, Marcel Bernard, a French stockbroker who had reached the Roland-Garros semi-finals twice before World War II, was not even supposed to participate in the singles event of the first post-war edition of the tournament: aged 32, he had planned to focus on the doubles events. However, after Margaret Osborne, whom he was supposed to play with, withdrew from the mixed doubles draw, he was convinced to take one of the last remaining spots in the singles draw. Many great players were missing in these first major events after the war: Fred Perry, Don Budge and Bobby Riggs had turned professional, the Australian players were too far away, and one of the last pre-war champions, Henner Hankel, had been killed at the battle of Stalingrad.

In this context, at Wimbledon, which had for the first and only time in tennis history been played before Roland-Garros, it was Frenchman Yvon Petra who had triumphed. Despite the food restrictions which were still considerable in France at the time, Roland-Garros 1946 was a popular success. Supported by the public, Bernard, to general astonishment, destroyed the fourth seed, Pancho Segura, in the round of 16 (8-6, 6-3, 6-1). Seizing the momentum, the lefty then eliminated Budge Patty in the quarter-finals (2-6, 6-2, 6-1, 4-6, 7-5) and his friend Petra in the semi-finals, once again in five sets (5-7, 6-2, 6-3, 5-7, 6-2).

The most difficult task still lied ahead, as on Saturday, July 27, Bernard faced Jaroslav Drobny, one of the tournament’s favourites. The Frenchman was outplayed from the baseline in the first two sets, which he lost 6-3, 6-2, but in the third set, he changed strategies and decided to come to the net. This totally changed the dynamic of the match, and the French lefty came back from two sets down to finally prevail (3-6, 2-6, 6-1, 6-4, 6-3).

“It was a well-tuned scenario, and it was the one that everybody wanted. There was war, the tournament had been interrupted. And I was the Frenchman who came back after being down two sets to love. When I ended up winning, the ovation was huge,” Bernard would write later, according to the Roland-Garros website.

Marcel Bernard would win the doubles event as well on the following day, partnering Yvon Petra, even though they had celebrated his singles victory all night. Bernard would reach the Roland-Garros semi-finals one last time, in 1947. Captain of the French Davis Cup team in 1967, he would be the president of the French Tennis Federation from 1968 to 1973. He would remain the last French winner of the tournament until 1983, and one of the main alleys of the stadium would be named after him.

Jaroslav Drobny would accumulate three Grand Slam titles, triumphing at Roland-Garros in 1951 and 1952, and at Wimbledon in 1954. He also won a world championship title with the Czechoslovak national hockey team in 1947, as well as a silver medal at the 1948 Olympic Games.