Every day Tennis Majors takes you back in time to celebrate a great moment in tennis history. Today, we go back to 1996 to witness how Frenchman Cédric Pioline, defeated by Yevgeny Kafelnikov at the Paris-Bercy Masters 1000, gave his own crowd the finger when he left the court 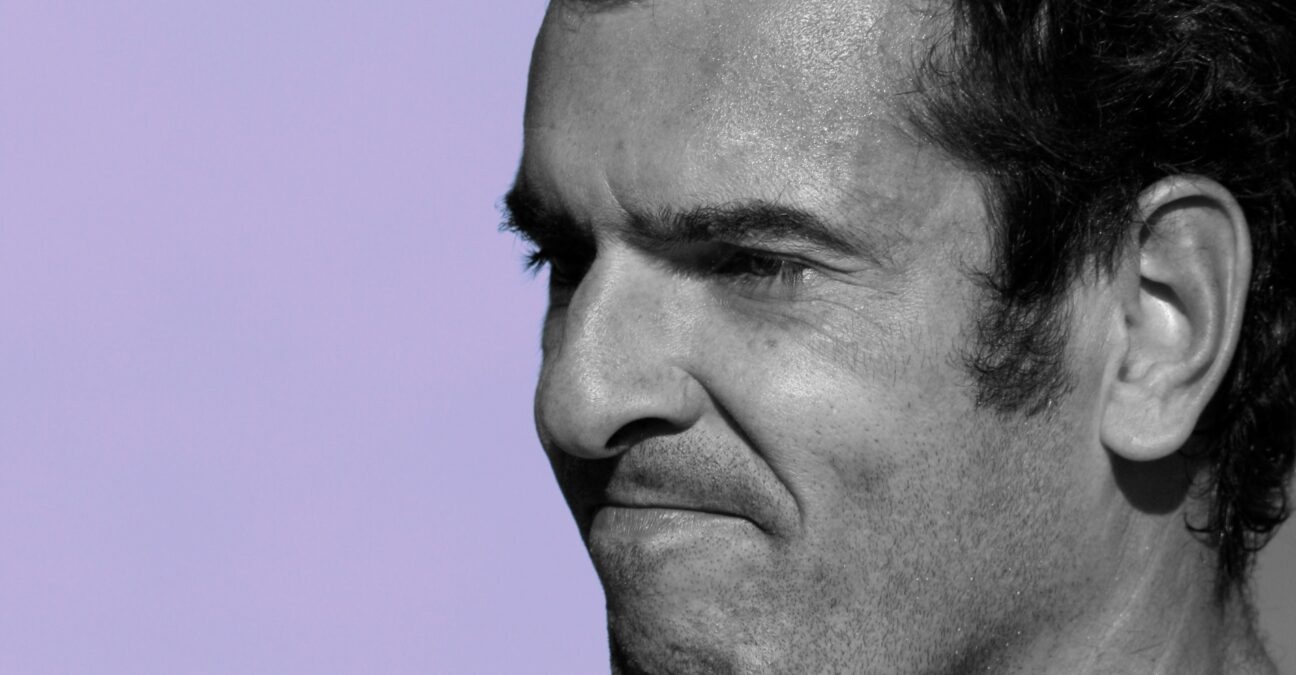 On this day, October 30, 1996, Cédric Pioline was defeated by Yevgeny Kafelnikov in the second round of the Paris-Bercy Masters 1000 (6-4, 3-6, 6-4). Exasperated by a particularly agitated public, who had also made Boris Becker lose his temper earlier on, as he was leaving the court the Frenchman gave the finger to the crowd – although he would later explain that it was only meant to a few noisy individuals.

Cédric Pioline was born in 1969. He entered the top 100 in 1991, and he obtained his first remarkable result the next year, reaching a first final on the tour in Lyon (lost to Pete Sampras, 6-4, 6-2). His breakthrough year was 1993, when he finished runner-up at the Monte-Carlo Open (defeated by Sergi Bruguera, 7-6, 6-0), and above all, he made his way to the US Open final, where he was once again beaten by Sampras (6-4, 6-4, 6-3). A few months after this outstanding performance, the Frenchman obtained a career-high ranking as world No 9. In the following years, Pioline didn’t manage to establish himself as a consistent top 10 player, but he was not to be counted out in big tournaments, reaching the quarter-finals at Wimbledon in 1995 and at Roland-Garros in 1996. That year, after having been defeated in his first nine ATP finals, he finally claimed his maiden title, in Copenhagen, where he defeated Kenneth Carlsen in the final (6-2, 7-6).  At the end of October, he was world No 19.

Yevgeny Kafelnikov was born in 1974 in Sochi (USSR, now in Russia), on the Black Sea coast. He turned pro in 1992 and claimed his first world-class results in 1994, reaching the semi-finals in Monte-Carlo. He gained the nickname “the Stakhanovist”, as he was playing a lot more than most of the top players: he played in over 100 singles matches during a season three times during his career, while often competing in doubles. In 1995, he became a world-class player, reaching the quarter-finals at both the Australian Open and Wimbledon, and the semi-finals at Roland-Garros (defeated by the future champion, Thomas Muster, 6-4, 6-0, 6-4). At the end of the year, he was world No 6. In 1996, he took his career to a next level when he became the first Russian player to ever win a Grand Slam tournament, defeating Michael Stich in the Roland-Garros final (7-6, 7-5, 7-6). He also achieved a rare feat by also winning the doubles event, partnering Daniel Vacek, from Czech Republic. In October 1996, he was world No 4.

The Paris-Bercy Indoor Open was established in 1986. Held each year in early November, it was usually the last tournament on the tour before the Masters Cup and the Davis Cup finals. One of the most prestigious indoor events in the world, it became a part of the Super 9 category (the former name of the Masters 1000) in 1990. Amongst former champions were great stars like Boris Becker (1986, 1989, 1992), Stefan Edberg (1990), Andre Agassi (1994) and Pete Sampras (1995).

The facts: Pioline loses to Kafelnikov, loses his temper

On this day, October 30, at the Paris-Bercy Masters 1000 tournament, the schedule was extremely promising and all the conditions for a great day of tennis were apparently met, with such great stars as Pete Sampras, Andre Agassi, Boris Becker, Yevgeny Kafelnikov and Goran Ivanisevic.

However, it soon appeared that a part of the audience was unusually overexcited. Hidden in the shadows of the top balcony, a handful of spectators made the player’s life on court a living hell. On top of that, the favourites were losing one after the other: Thomas Muster, the 1995 Roland-Garros, retired after the loss of the first set against Stefan Edberg; Pete Sampras, the world No 1, was stunned by Marc Rosset’s massive serve; Andre Agassi was ousted by Magnus Gustafsson; but the most disappointed of all was Boris Becker, who, at the time, was the only player to have won the tournament three times, in 1986, 1989 and 1992. Defeated by unheralded Carlos Moya, his former love story with the tournament was but a memory. “It was the worst audience I ever played in front of. It was like a zoo. Carlos Moya and I were big gorillas; and around us, a multitude of animals were constantly trying to annoy us.”

However, if Becker had expressed his anger, he was surpassed later by Frenchman Cédric Pioline. Logically defeated by world No 4, Yevgeny Kafelnikov, in three sets (6-4, 3-6, 6-4), the Parisian couldn’t stand the attitude of the crowd, and, just before entering the tunnel leading to the locker room, he turned around and gave the audience the finger – in a very emphatic gesture involving both arms.

“When I see things like I saw tonight, I am not proud to be French,” he said later in the press conference. However, he also made it clear that his gesture wasn’t aimed at the entire public but at a “small bunch of idiots”.

Twenty-five years later, Pioline, quoted by French website programme-tv.net, would recall that moment when he lost his cool.

“This gesture was not aimed the general public, but only at a very small portion of it. At the time, there were people who came to Bercy only to fool around. It had a real influence on the course of the match. I was winning. It completely turned the match around and I ended up losing. The way I expressed my anger was certainly clumsy, but in the heat of the moment it was the only way I could show my feelings. But it was not very elegant, I must admit, a few years later.”

Pioline, who would reach the Wimbledon final in 1997 – again losing to Sampras – and the Roland-Garros semi-finals in 1998, would reach his highest ranking in 2000, the year he would claim the most important title of his career, in Monte-Carlo, defeating Dominik Hrbaty in the final (6-4, 7-6, 7-6). He would also participate in two successful Davis Cup campaigns, the first one in 1996, when France would defeat Sweden in Malmö, and the second one in 2001, when France would defeat Australia in Melbourne.

In 2022, Pioline would become the new director of the Paris Masters 1000, almost 26 years after having given the finger to its audience.

Kafelnikov, the first Russian to ever win a Grand Slam tournament, would add a second major tournament to his list of achievements at the 1999 Australian Open (defeating Thomas Enqvist in the final (4-6, 6-0, 6-3, 7-6). A few months later, he would become the first Russian player to ever reach world No 1, although he would only sit on the top spot for six weeks in total.