Every day, Tennis Majors looks back at some of the biggest moments in tennis history. On March 14, 1999, Carlos Moya locked up the world No 1 ranking. 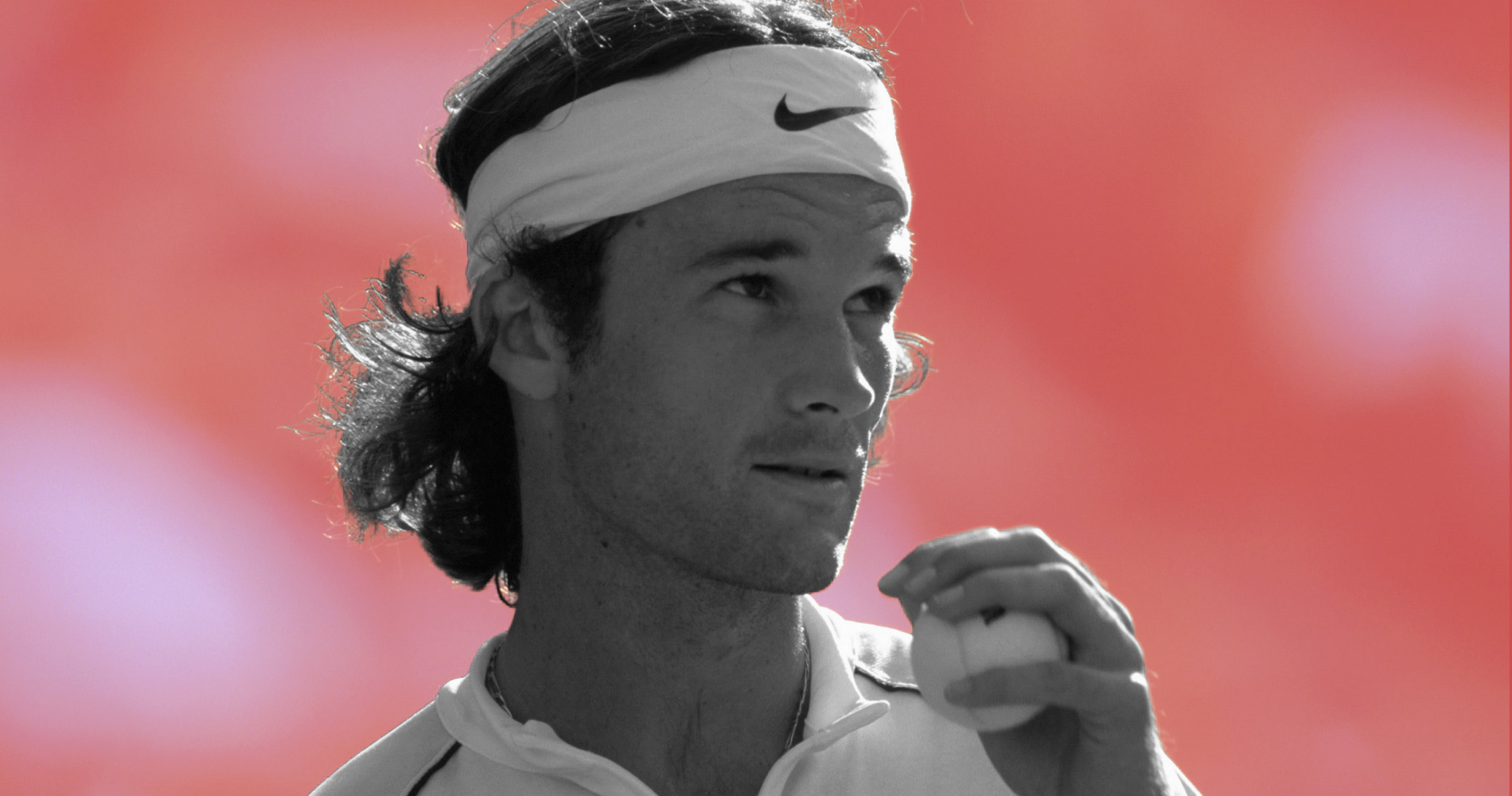 On this day, March 14, 1999, one day after defeating Gustavo Kuerten to reach the world No 1 ranking, Carlos Moya was defeated by Mark Philippoussis in the Indian Wells final (5-7, 6-4, 6-4, 4-6, 6-2). The Spaniard, who was the Roland-Garros 1998 champion, would only sit at the top of the rankings for two weeks, making him the second shortest No 1 in tennis history.

Carlos Moya, born in 1976 in Mallorca, turned professional in 1995. Left-handed in everyday life but right-handed at tennis, he broke into the top 100 in November the same year, just after he claimed his first title in Buenos Aires, defeating Felix Mantilla in the final (6-0, 6-3).

In 1996, Moya added a second title to his list of achievements, triumphing in Umag against the same Mantilla (6-0, 7-6), and, reaching two other finals on the Tour, he finished the year as world No 28. His massive forehand made him one of the most promising young players in the world, which he confirmed at the start of 1997 by finishing runner-up to Pete Sampras at the Australian Open ((6-2, 6-3, 6-3). Moya peaked in 1998, the year he claimed his first Grand Slam title, defeating Alex Corretja in the Roland-Garros final (6-3, 7-5, 6-3), before reaching the US Open semi-finals and finishing runner-up at the Masters Cup (defeated this time by Corretja, 3-6, 3-6, 7-5, 6-3, 7-5). Defeated in the first round of the Australian Open in 1999, he was still firmly in the hunt for the world No 1 ranking. 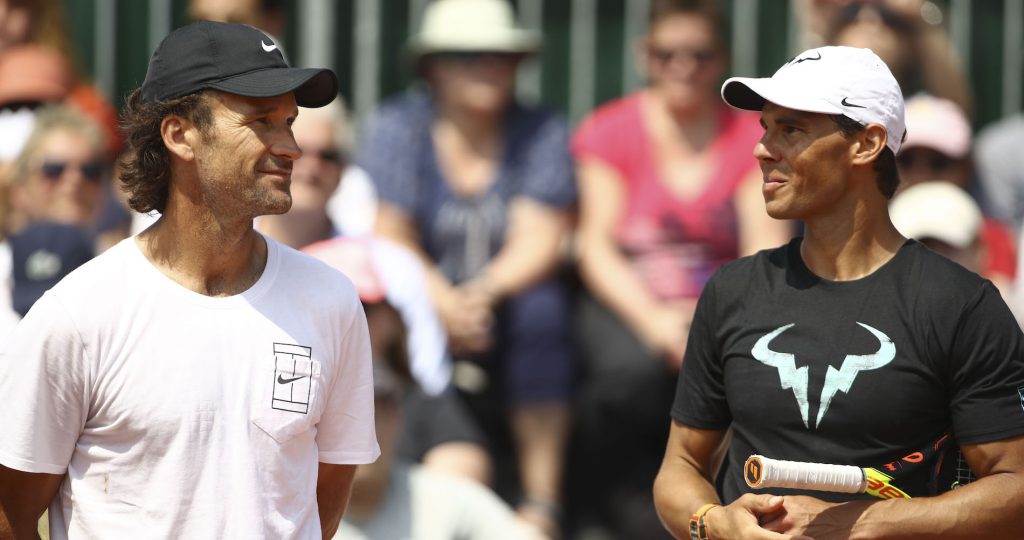 Mark Philippoussis, from Australia, was born in 1976. He entered the top 100 in 1995, jumping from world No 307 to No 32 in only one year, relying mostly on one of the most impressive serves in tennis history, which earned him the nickname “Scud”. That year, he also reached his first final on the tour, in Scottsdale (defeated by Jim Courier, 7-6, 6-4).

The history of the Indian Wells tennis event began in 1987, when the La Quinta tournament, under the impulse of Charlie Pasarell, outgrew its premises and had to move into a bigger location in Southern California. The tournament had already become prestigious in La Quinta, but when it settled down in Indian Wells, it became a part of the Grand Prix circuit and its first edition, known as the Pilot Pen Classic, produced a great final where Boris Becker defeated his rival, Stefan Ebderg (6-4, 6-4, 7-5). 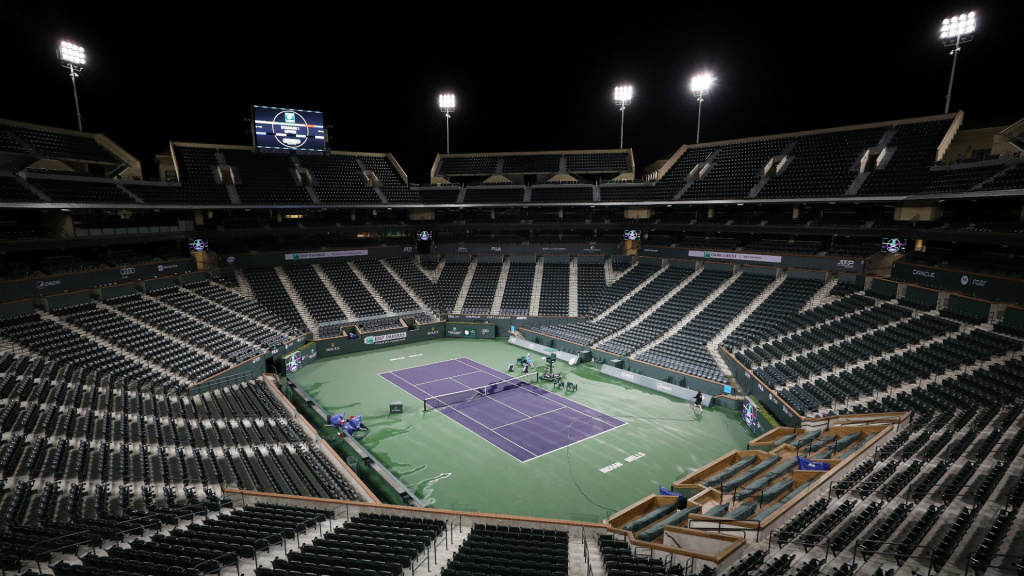 In 1993, the tournament became a part of the Super 9 category, which would later become the Masters Series, then the Masters 1000. At the end of the 1990s, it was one of the most important tournaments outside of the Grand Slams

The facts : Carlos Moya, n°1 in the world

Carlos Moya had started 1999 as world No 5, but it was not expected at all that just several weeks later, he would compete to be No 1. The circumstances were peculiar indeed: Yevgeny Kafelnikov had triumphed at the Australian Open, in the absence of world No 1 Pete Sampras and world No 2 Marcelo Rios. Sampras, who had been dominating the tour since 1993, was exhausted after a 1998 marathon to finish the year for the sixth time in row as world No 1, and he had attended only two events so far.

There was no other real leader on the tour at that time, and when Moya arrived at Indian Wells, he was world No 4, but only 215 points separated him from the top spot. His chances of clinching world No 1 were small, but the best-case scenario slowly took shape: Sampras, Kafelnikov and Corretja, the three players who were ahead of him, all lost in the first round. If he could make his way into the final, Moya would become the first Spaniard to ever reach world No 1.

The 1998 Roland-Garros champion made his way into the semi-finals, where he famously defeated Gustavo Kuerten (6-3, 1-6, 6-1) to clinch the top spot. “Mum, I’m number one in the world!”, he said when he called his family after this memorable win. 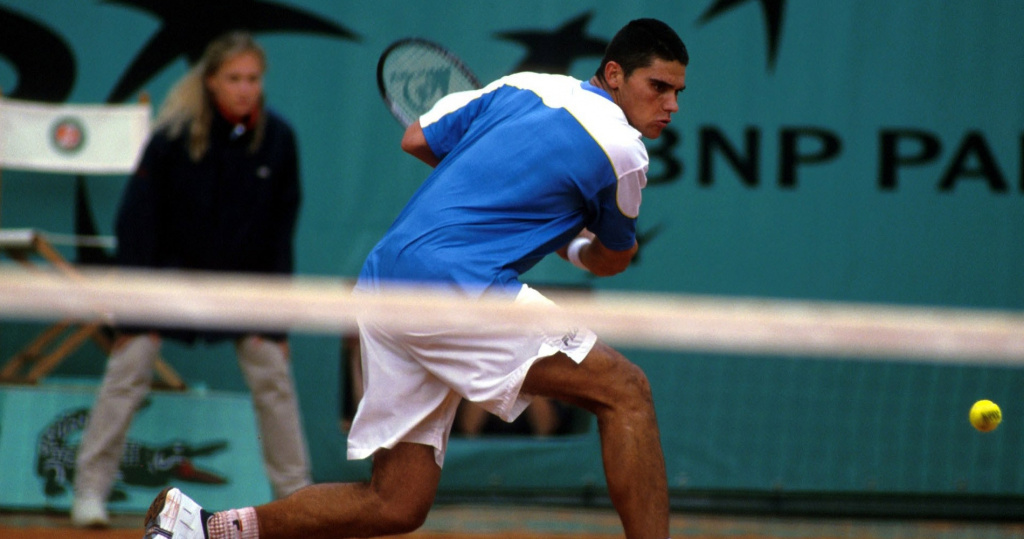 However, the tournament wasn’t finished yet. If he wanted to become No 1 in style, Moya needed to defeat the Australian big-server Mark Philippoussis, the “Scud”, runner-up of the last US Open. Unfortunately, the Spaniard was defeated in five sets, after a three-hour high-level combat (5-7, 6-4, 6-4, 4-6, 6-2).

“The key of the match was the third set where the match was very close and I had some breakpoints,” Moya said. “But I didn’t take any of them. (…) To be No 1 and then win the title on top of that would have been the perfect beginning, but today he’s better than me so that’s it.”

Meanwhile, the Australian, who had just claimed the most important title of his career, was extremely satisfied. “It feels great,” he said. “It’s extra special knowing that Carlos was No. 1 in the world. I played some great tennis today.”

Moya would only remain world No 1 for two weeks, and his would be the second shortest stay at world No 1 in tennis history, behind Patrick Rafter, who occupied the top spot for one single week in the summer of 1999. Moya’s best results in the years to come would be reaching the quarter-finals at Roland-Garros in 2003, 2004 and 2007. Retired in 2010, Moya would then become famous as Rafael Nadal’s coach in the late 2010s.

Philippoussis would reach his highest ranking as world No 9 after his Indian Wells success. In the following years, his career would be plagued by injuries: undergoing knee surgery no less than three times, he would attend only 9 tournaments in 2001, missing the four Grand Slams.