For a Grand Slam final without the Big 3, Thiem and Zverev are the perfect match

With no Rafael Nadal and Roger Federer, and with Novak Djokovic self-destructing in the fourth round, the path has finally cleared for a new men’s champion. 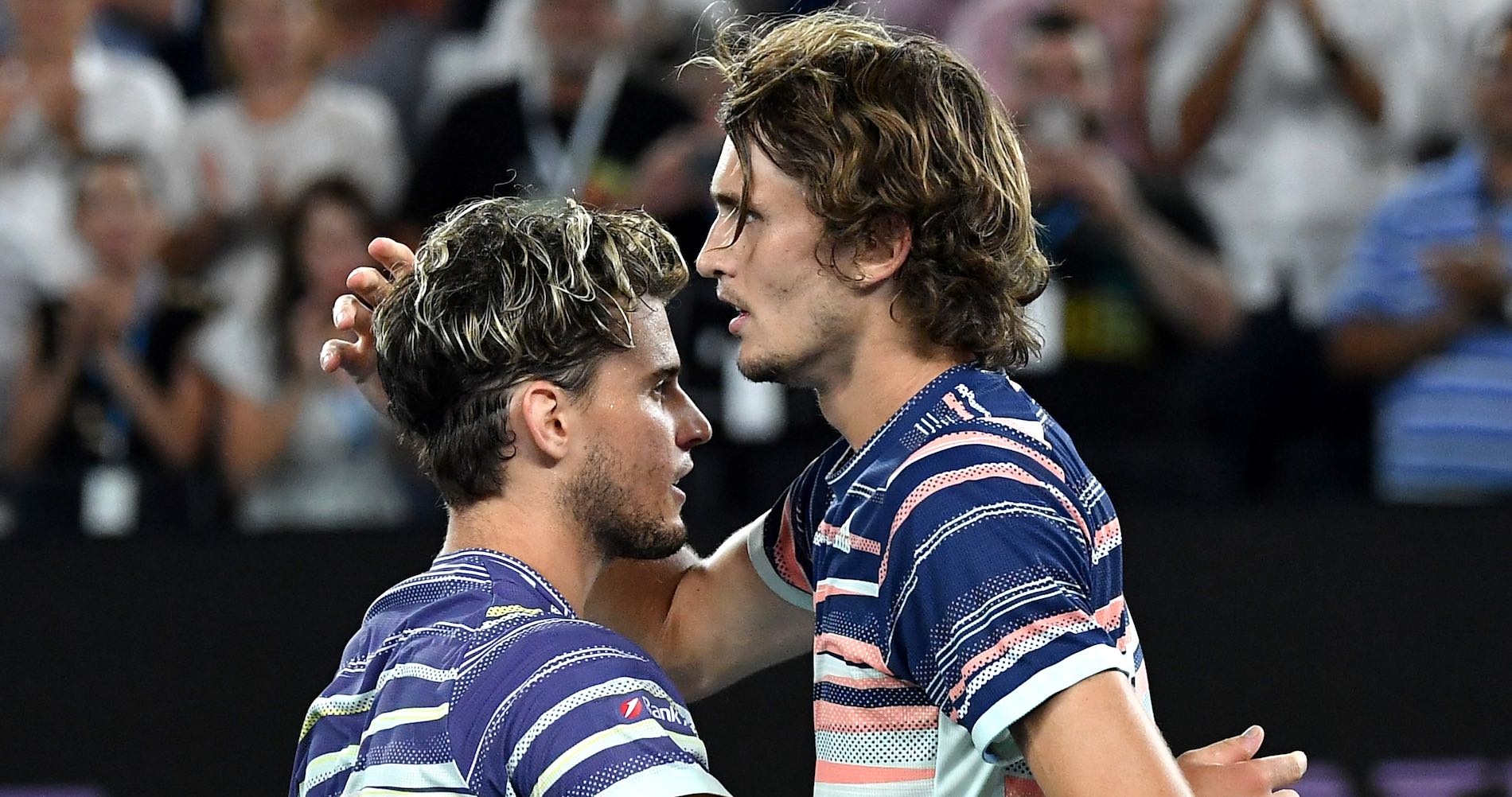 By performing exceptionally well over an extended period of time, and relentlessly making up for each other’s occasional slumps, the Big 3 — Roger Federer, Rafael Nadal, Novak Djokovic — has prevented an entire generation of players, stretching from those born in the late 1980s to the late 1990s, from achieving tennis’ ultimate honour.

Daniil Medvedev (US Open 2019) and Dominic Thiem (Australian Open 2020 and French Open 2018, 2019) have gone agonisingly close to breaking the spell. But entering the 2020 US Open, men’s tennis was still waiting for its first 1990s-born Grand Slam champion, nearly a decade after Petra Kvitova had become the first 1990s women’s champion at Wimbledon in 2011.

This US Open fortnight, while the Big 3 were on a run of 13 consecutive Grand Slam titles, the rest of the field finally caught a break as a result of exceptional circumstances.

The subsidiary question was: Which two players were going to step up and take advantage of a depleted draw to reach the final?

Zverev and Thiem, the remaining top seeds in their respective halves, answered it in noticeably different fashion.

In an error-filled quarter-final, Zverev addressed his nerves better than Borna Coric to advance. He then pulled off his first career comeback from two-sets-to-love down to outlast Pablo Carreño Busta and make his maiden Grand Slam final.

In turn, the Thiem machine stomped on. Both Alex de Minaur and last year’s runner-up and No. 3 seed Medvedev were swept off in straight sets, though the Russian had his chances in the second and third sets.

Thiem-Zverev: The final that made the most sense in the bigger picture

They took different routes, but there’s a form of logic in seeing Zverev and Thiem, the two most accomplished 1990s-born men’s players, face off on Sunday for their generation’s first Major title.

As Thiem started making inroads in 2016, he and Zverev, a year later, were widely dubbed as the natural successors of the Big 3.

It’s easy to fall for recency bias and consider that, say, Medvedev and Tsitsipas deserved the two final spots because they had performed better in the second half of 2019.

Based on the last four years, if a Grand Slam final was to feature two non-Big 3 players, Thiem-Zverev is the one that made the most sense.

Thiem v Zverev, a friendship now turned into a rivalry?

Looking forward to the next 10 years, there’s also an argument to be made that Thiem and Zverev are the two most marketable players of their generation, on the basis of both their tennis upsides and their personalities. The earlier they develop their rivalry and start racking up Major titles, the better for the future of tennis.

Finally, who in sport doesn’t like a great story?

Despite their four-year age difference, Thiem and Zverev have been best friends on tour since their teenage years, and they had many times publicly stated that facing each other in a Grand Slam final would be a “dream come true.”

On Sunday in New York, in the midst of a strange year that will live long in their memories, Thiem and Zverev will get to experience the most intimate final in US Open history.

But more than ever in their lives, the whole world will be watching.