Andrey Rublev is on the rise, and poised to climb even higher

Andrey Rublev is up to No 8 in the world rankings and would be No 4 in the 2020 race to London if it was being calculated in 2020. But at just 23 years old, Rublev is likely to continue climbing even higher. 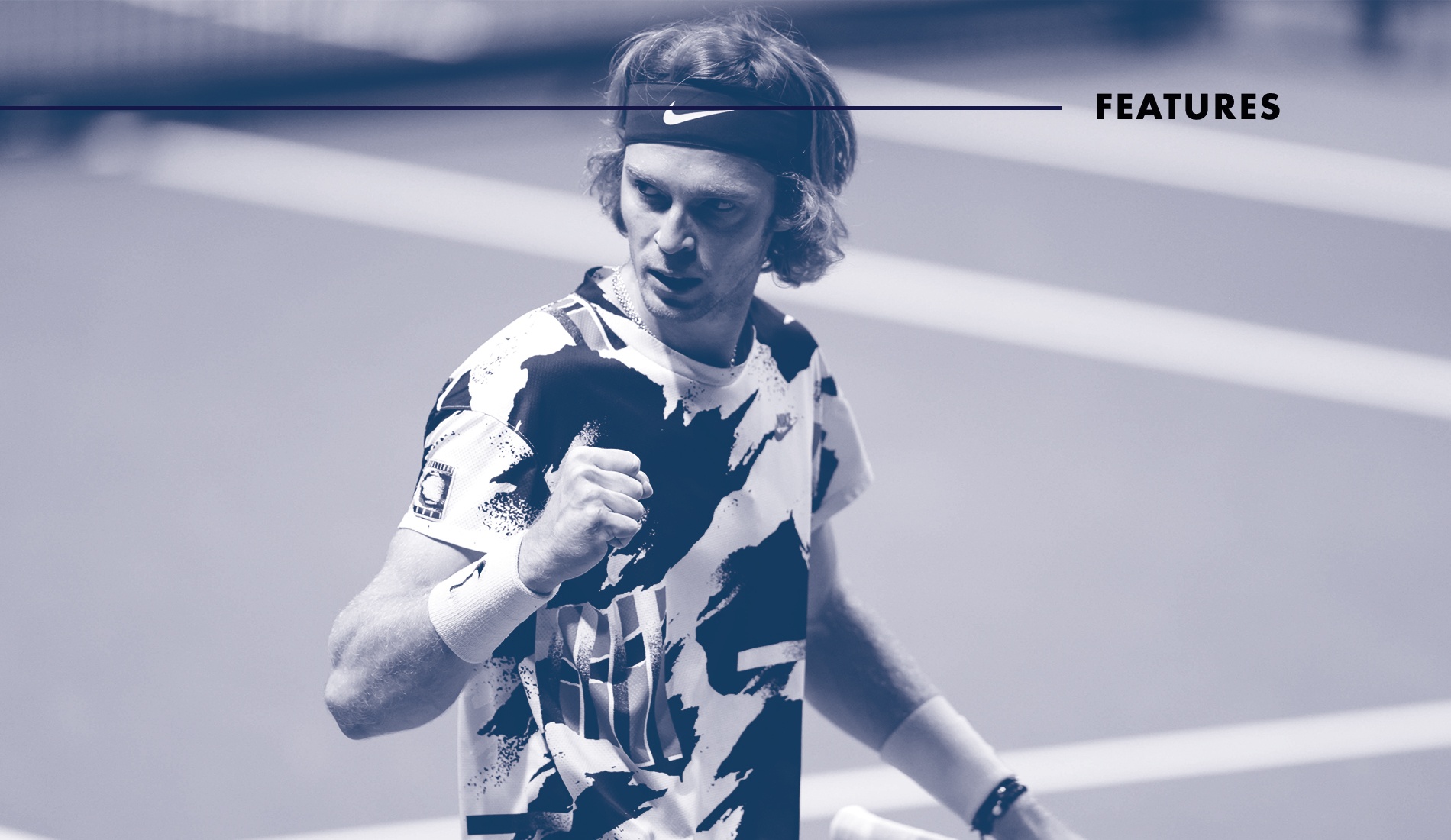 London is calling Andrey Rublev. It has been this entire year.

But now it’s official: Rublev has clinched a spot in the Nitto ATP Finals for the first time in his career.

If not for the restructured qualification format due to temporary rankings freeze in 2020, he would have clinched a spot in the prestigious eight-man field long before capturing the Vienna title on Sunday. Rublev is currently No 8 in the world rankings, which are used to determine this year’s participants inside the O2 Arena. In terms of 2020 points alone, however, the Russian is No 4 – behind only Novak Djokovic, Rafael Nadal, and Dominic Thiem.

That’s just how good Rublev has been this season. His record stands at 39-7 and he has captured five ATP titles — leading the entire tour. Djokovic has four and nobody else has more than two. Rublev kicked off his 2020 campaign with back-to-back titles in Doha and Auckland, and the five-month coronavirus hiatus did nothing to halt his momentum. He has since lifted trophies in Hamburg, St. Petersburg, and Vienna (all worth 500 points) in addition to a pair of Grand Slam quarter-final performances (French Open and US Open).

Since the spring of 2019, it has only been up and up for the Muscovite. He climbed to 23rd by the end of that season, putting himself in position for a big 2020. But nobody could have predicted this big.

I mean bigger than big.

What can his incredible success and improvement be attributed to, beyond staying injury-free? There are several factors. One, he is not as prone to temper tantrums on the court as he was throughout his teenage years.

During this year’s French Open, he was asked about winning the junior singles title at Roland-Garros as a 16-year-old in 2014.

“I would say at that time I was not even a player,” Rublev said with a smile. “I mean, it’s different. I was completely different. I was a kid. I was doing stupid things on court (and) off court. But I really loved tennis. I was working really hard when I was a kid. But I didn’t understand at that moment what tennis is. I didn’t understand what you need to do on court, what you need to do out of court. I was just hitting, practising, hitting, because I love it, but without any thinking how to play, what you need to do, how to defend and all these little details. I didn’t even know how it works.”

Rublev was also asked about his junior days at the recent US Open prior to his quarter-final showdown against good friend and fellow Russian Daniil Medvedev.

Q: What do you remember most about you and Daniil as players and personalities when you were juniors?

Rublev: Both of us were crazy on court (laughter). Destroying the rackets, complaining….

Racket destructions are fewer and farther between now that he is on the main tour and in his 20s. With his on-court mentality under control (mostly!), Rublev has been able to focus on improving his actual game. Patrick Mouratoglou spoke about the world No 8 last month at Roland-Garros, crediting his work ethic for his surge up the rankings.

“I think he had two weakness[es] in the past,” Mouratoglou noted. “The first one was his movement, and the second one was the fact that he was hitting the ball very hard but he was missing too much — and his backhand was a bit weak compared to his forehand. I think now his backhand is very solid; he barely misses with the backhand. His movement is much better than before. He has built a very solid game. We know that he is practising in Spain and he has probably hit one million balls now.”

That is why Mouratoglou predicted big things for Rublev on the red clay of Paris. And, of course, the coach was right. The Russian followed up his Hamburg title (on the same day the French Open started) by making a run to the quarters, starting it with a comeback from two sets down in the first round against Sam Querrey.

“ESPN asked me to tell them the name of a guy — an unexpected one — who could go far at Roland-Garros and I gave his name, even though he starts to be expected now,” Mouratoglou said.

“The things that stands out when speak about Rublev is the violence of his shots — how hard he hits the ball, especially with the forehand. The acceleration of the racket head that he has with the forehand is really amazing…. His forehand inside-out is incredible, because it’s so precise. He goes inside-out one times, two times, three times, four times, five times in a row sometimes. And he can work there so close to the lines, so many times without missing, with a lot of violence. So he is very difficult to deal with now.”

That is not to say that Rublev is a finished product, of course – not by any means. Even though it seems like he has been around for a while, he is still only 23 years old (just turned 23 in October). And 23 is basically a baby in this current era of men’s tennis, when players are thriving well into their 30s.

Even though Rublev’s on-court behaviour has improved, he still thinks he can make a big and important step forward in that department.

After losing the first set to Medvedev in the US Open quarter-finals, Rublev threw a banana to the ground in a rage while shouting at himself on his bench. He was asked about the minor meltdown afterward, when a reporter told him that “everybody” would have reacted the same way after losing such a closely-contested set.

He also wasn’t happy with his attitude in round one at Roland-Garros despite coming back from two sets and a break down against Querrey.

“There is [a] long way to improve,” Rublev assured. “If we take the match today, my attitude was horrible. I was just so lucky… The attitude today was really horrible. If I want to improve and I want to compete on a good level, this is not acceptable. I need to change it.”

As for changes to his tennis game, those can also be made. Although Rublev’s first serve is developing into a weapon, his second delivery remains a liability that can be feasted on by top returners. And while his backhand is solid now, it is not going to strike fear into opponents as an overpowering offensive shot. Of course, continuing to hit the weight room will help both the second serve and the backhand. Even though Rublev is no longer the stick figure that he was as a teenager, at 6’2’’ and just 165 pounds there is plenty of room for him to bulk up.

When that happens, the next step is naturally Masters 1000 and Grand Slam success. Not quarter-finals, which he has already achieved, but finals and titles. His Russian sidekick Medvedev has lifted two Masters 1000 trophies, finished runner-up at another, and made it to the final of the 2019 US Open (when he lost to Rafael Nadal in a five-set thriller).

Will it be Rublev’s turn in 2021 – or perhaps even later this year at Paris-Bercy or London?

The minor flaws in his game and physicality that have so far kept him from a Grand Slam breakthrough are not necessarily a bad thing. The fact that there is obvious room for improvement is a good thing, to be sure. At only 23 years old, Rublev is already a seven-time ATP title winner, a three-time major quarter-finalist, and a soon-to-be Nitto ATP Finals participant.

That he can still get so much better is simply a scary proposition for the rest of the tour.