One of the greats reached the top of the rankings with a victory in Tokyo on this day in tennis history. Find out how he did it. 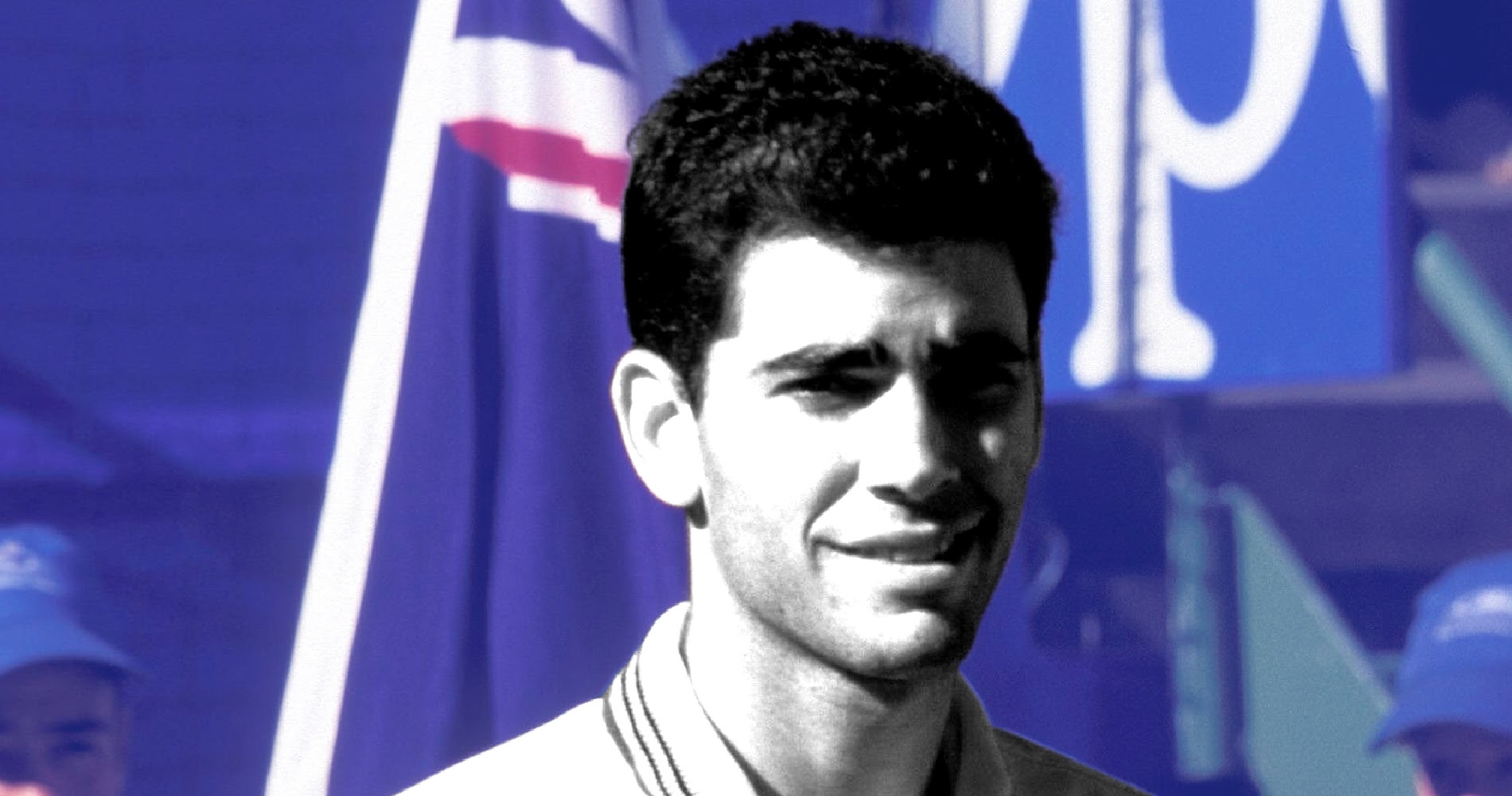 On this day, April 11, 1993, Pete Sampras defeated Brad Gilbert in the final of the Japan Open in Tokyo (6-2, 6-2, 6-2), to become world No 1 in style on the following day. The youngest-ever US Open champion, although he had not won a Grand Slam since his success at Flushing Meadows in 1990, had claimed no less than seven titles in the last 12 months, including the Miami Open, a few weeks before.

Pete Sampras was born in 1971. Although he was a part of a golden American generation, along with Andre Agassi, Michael Chang and Jim Courier, he was the last of them to become a top player. At the end of 1989, while his rivals had all claimed titles and achieved remarkable Grand Slam performances, Sampras was only No 81 in the world. In November that year, Ivan Lendl, world No 1 at the time, invited him to his house to practise with him for ten days: the young American then realised what kind of work ethic was required to become a champion.

Six months later, he had already broken into the top 20 after having claimed his first two titles in Philadelphia and Manchester. In September 1990, he took the world of tennis by surprise by becoming the youngest player to ever triumph at the US Open, defeating Agassi in the final (6-4, 6-3, 6-2). Thanks to this great win, he entered the top 10, but in the first half of 1991, Sampras struggled to confirm his new status. He faced several big disappointments, such as losing his two matches in the 1991 Davis Cup final (against Frenchmen Henri Leconte and Guy Forget) and a cruel loss to Stefan Edberg in the 1992 US Open final (3-6, 6-4, 7-6, 6-2). He said later that this last defeat had made him realise he couldn’t be satisfied with being No 2. In early 1993, he was in great shape, but at the Australian Open, he was once again defeated by Edberg (7-6, 6-3, 7-6). Having triumphed in Sydney and Miami, he was world No 2 at the start of April, just behind Jim Courier. 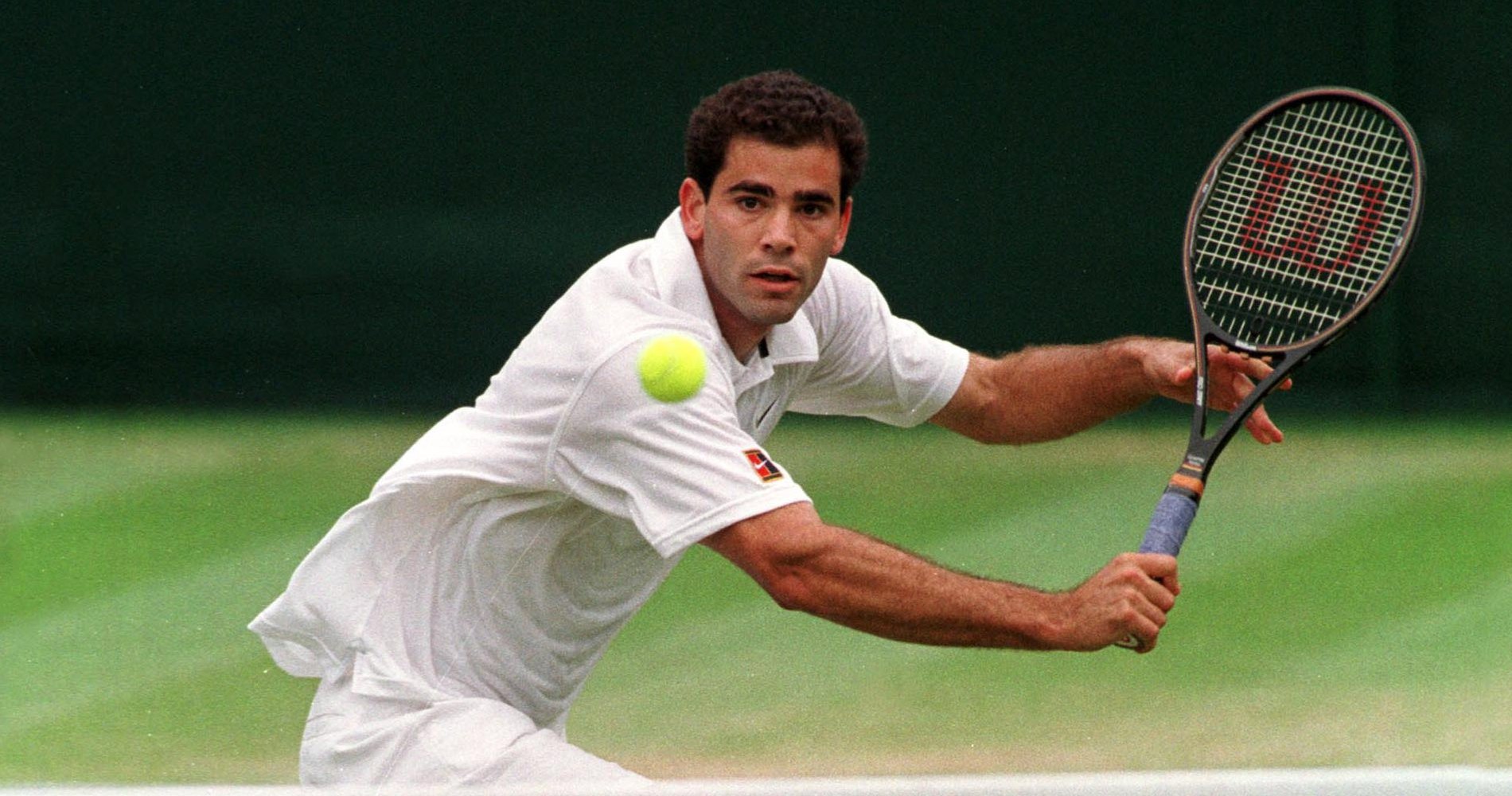 In April 1993, Pete Sampras was chasing the world No 1 spot, mainly held by Jim Courier since February 1992. The 1990 US Open champion hadn’t triumphed in a major tournament since his first Grand Slam crown, but his results in the last 12 months were outstanding: having accumulated seven ATP titles, he had reached the semi-finals at Wimbledon in 1992 as well as at the 1993 Australian Open, and he had finished runner-up to Stefan Edberg at Flushing Meadows in 1992.

Both Sampras and Courier were attending the Japan Open, in Tokyo, where Courier was the defending champion. The world No 1 was upset by world No 77 Jonathan Stark in the third round (6-4, 6-2), and as a consequence, Sampras could seize the top spot provided he reached the semi-finals.

The Californian, although he felt the pressure of the possible achievement, managed to defeat David Wheaton in the quarter-finals (6-3, 3-6, 6-4) to secure the world No 1 spot for the first time in his career. Two days later, in the final, he faced Brad Gilbert, who had defeated Stark, and he destroyed him (6-2, 6-2, 6-2) to start his reign in style. However, the new No 1 knew he still had a lot to prove.

“It really worked out well for me this week,” Sampras said, according to The New York Times. “Being No. 1 is a great achievement, but I think the most important thing is to win the big tournaments. My next goal is the French Open, although clay is not the best surface for me.”

25 years later, reflecting on this major achievement for atptour.com, Sampras would confirm what he had already said in 1993.

“I prepared to be No 1 and when I got there, there was satisfaction, but it wasn’t until after I won Wimbledon a few months later that I felt I deserved it. But certainly, after getting to No 1, [my coach] Tim [Gullikson] and I felt that we could now push and work harder in order to win another major.”

The following week, in the final of the Hong Kong Open, Sampras would defeat his rival Courier (6-3, 6-7, 7-6). A few months later, he would beat him again, in the Wimbledon final (7-6, 7-6, 3-6, 6-3). Sampras, criticised at the start for having reached world No 1 without having won a Grand Slam tournament in more than two years, would claim three consecutive major titles: Wimbledon and the US Open in 1993, followed by the Australian Open in 1994. Pistol Pete would spend a total of 286 weeks as world No 1 (a record only beaten by Roger Federer 2012) and, accumulating 14 Grand Slam titles (a record at the time), he would finish as the year-end world No 1 six times in a row (an all-time record). He would play his last match at the 2002 US Open, where he would defeat his long-time rival Agassi in the final (6-3, 6-4, 5-7, 6-4) to claim a 14th Grand Slam title.