On this day in tennis history, a much-loved Czech withstood a barrage of bad behaviour to take a memorable win. Find out how 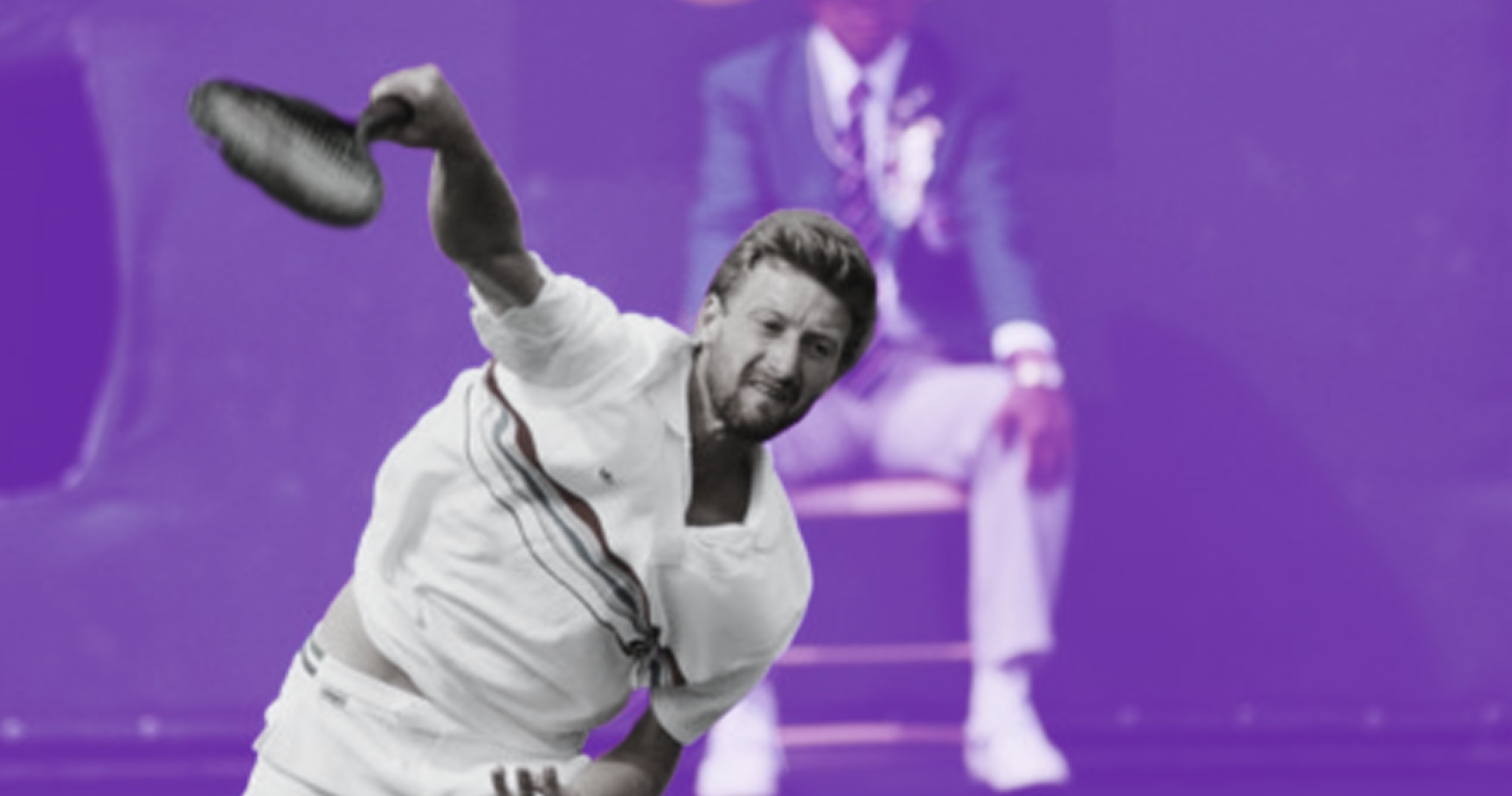 On this day, April 12, 1987, Miloslav Mecir, world No 5 at the time, claimed one of the most important titles of his career, defeating John McEnroe in the WCT Finals, in Dallas (6-0, 3-6, 6-2, 6-2). The Slovakian had never won a single set against the American before, but he dominated the final and managed to stay focused despite McEnroe’s antics.

Miloslav Mecir was born in Czechoslovakia in1964. He turned professional in 1982, and soon his game style drew attention: his unpredictable shots, his great touch and his agility earned him the nickname “Il Gattone” (“The Big Cat”). He claimed his first title in Rotterdam, in 1985, defeating Jakob Hlasek in the final (6-1, 6-2), and in 1986, he obtained his first remarkable Grand Slam result at the US Open, finishing runner-up to Ivan Lendl (6-4, 6-2, 6-0). In 1987, he clinched the most important title of his career, triumphing at the Lipton Championship, in Key Biscayne (defeating Lendl in the final, 7-5, 6-2, 7-5), which propelled him to world No 5.

His peak season was 1984, when, after a heartbreaking loss in the French Open final, he triumphed not only at both Wimbledon and the US Open, but also at the Masters Cup and the Davis Cup, finishing the year as the undisputed world No 1, holding an 82-3 record. After 1984, McEnroe’s domination came to an end. In 1986, mentally worn out, he even took a break from the tour to marry Tatum O’Neal. He came back to the game in early August, still ranked No 7, at the Stratton Mountain Open, where he seemed to be in a great shape, reaching the semi-finals, only edged by Boris Becker, world No 3 (3-6, 7-5, 7-6), but the following week, he suffered a surprising loss in Toronto against Robert Seguso, ranked No 35 (4-6, 6-3, 7-5). In 1987, he seemed to be getting back in shape, reaching three ATP finals in the first months of the year, and when he arrived at the WCT finals in April, he was world No 7.

In the 1970s, the World Championship Tennis finals was one of the most prestigious tournaments in tennis, just behind the Grand Slams (perhaps even more than the Australian Open at the time, which the best players usually didn’t attend). Ken Rosewall and Rod Laver played there two classic finals, in 1971 and 1972, both of which Rosewall won. Amongst the former champions were Stan Smith, John Newcombe, Arthur Ashe, and Bjorn Borg. The WCT finals were played each year in spring on indoor carpet, closing the WCT season, just a few weeks before Roland-Garros.  In 1980, WCT’s founder, Lamar Hunt, decided to move the event from Moody Colosseum (7,000 seats) to the Reunion Area, in Dallas, a venue usually associated with basketball, hosting more than 16,000 spectators. However, by the middle of the 1980s, even though it was still an important event, it had lost a great part of its former prestige.

Remember the WCT Finals In Dallas? Well on April 12, 1987, Miloslav Mecir won the WCT Finals singles title, one of the biggest titles of his career, defeating John McEnroe 6-0, 3-6, 6-2, 6-2 in the championship match. In case you were wondering, McEnroe behaved badly. pic.twitter.com/HdQmN9quWO

In April 1987, Miloslav Mecir was one of the players on the rise. In 1986, after having reached the Wimbledon quarter-finals, he had taken the tennis world by surprise at the US Open, where he had finished runner-up to Ivan Lendl (6-4, 6-2, 6-0). Having reached the quarter-finals at the 1987 Australian Open (defeated by Stefan Edberg, 6-1, 6-4, 6-4), he had claimed the most important title of his career in early March, in Miami, defeating Lendl in the final (7-5, 6-2, 7-5). In Dallas, at the WCT finals, he defeated Mats Wilander for the fifth time in seven encounters and made his way into the final, where he faced John McEnroe.

As a consequence, when, in the first set of the final, McEnroe was absolutely outplayed by Mecir, the crowd was stunned. “The Cat” seemed to anticipate every single shot, while the American, who had built his career on his sense of the game, was lost. The Czechoslovakian took the first set, 6-0, being only the third player in five years to win a set so easily against McEnroe. In the second set, the seven-time Grand Slam champion found his pace, and broke his opponent’s serve twice to win 6-3.

Six months away from the game had not softened McEnroe’s temper, as he showed in the early third set, when he was awarded a penalty point for an obscene remark directed at line supervisor Keith Johnson.

“I’m not going to play anymore. I don’t have to play,” he told the umpire, packing up his racquets, but eventually resumed the game.

“It’s a goddamn conspiracy,” he shouted later after a close call, but his antics didn’t disturb Mecir’s concentration, and the Czechoslovakian dominated the last sets, 6-2, 6-2.

“He played a smart match,” McEnroe said, according to The Los Angeles Times. “He was doing things intelligently enough that I wasn’t able to take advantage.”

The American also claimed that the incident with the umpire had broken his momentum.

“When that thing happened in the third set, what I had going for me – getting a couple of breaks, hitting the ball better – it all seemed to cave in.”

Meanwhile, his opponent, although he was satisfied with his own performance, didn’t hide the fact that he disliked McEnroe’s attitude.

“I just try to concentrate, but it’s very difficult. It’s not nice to play in such an atmosphere. Sometimes it looks like he’s going to do it (argue) again, then he starts to play. I try to behave like my parents (taught) me.”

What next (postérité du moment)

McEnroe would never win a Grand Slam title again. “Mac” would never obtain the same remarkable results as in his early years and would not reach any more Grand Slam finals. His last remarkable result before he retired from professional tennis would be reaching the 1992 Wimbledon semi-final (lost to Andre Agassi, 6-4, 6-2, 6-3).