Every day, Tennis Majors looks back at the biggest matches in tennis history. On April 15, 2005, Richard Gasquet upset Roger Federer at the Monte-Carlo Masters to end the Swiss’ 25-match winning streak 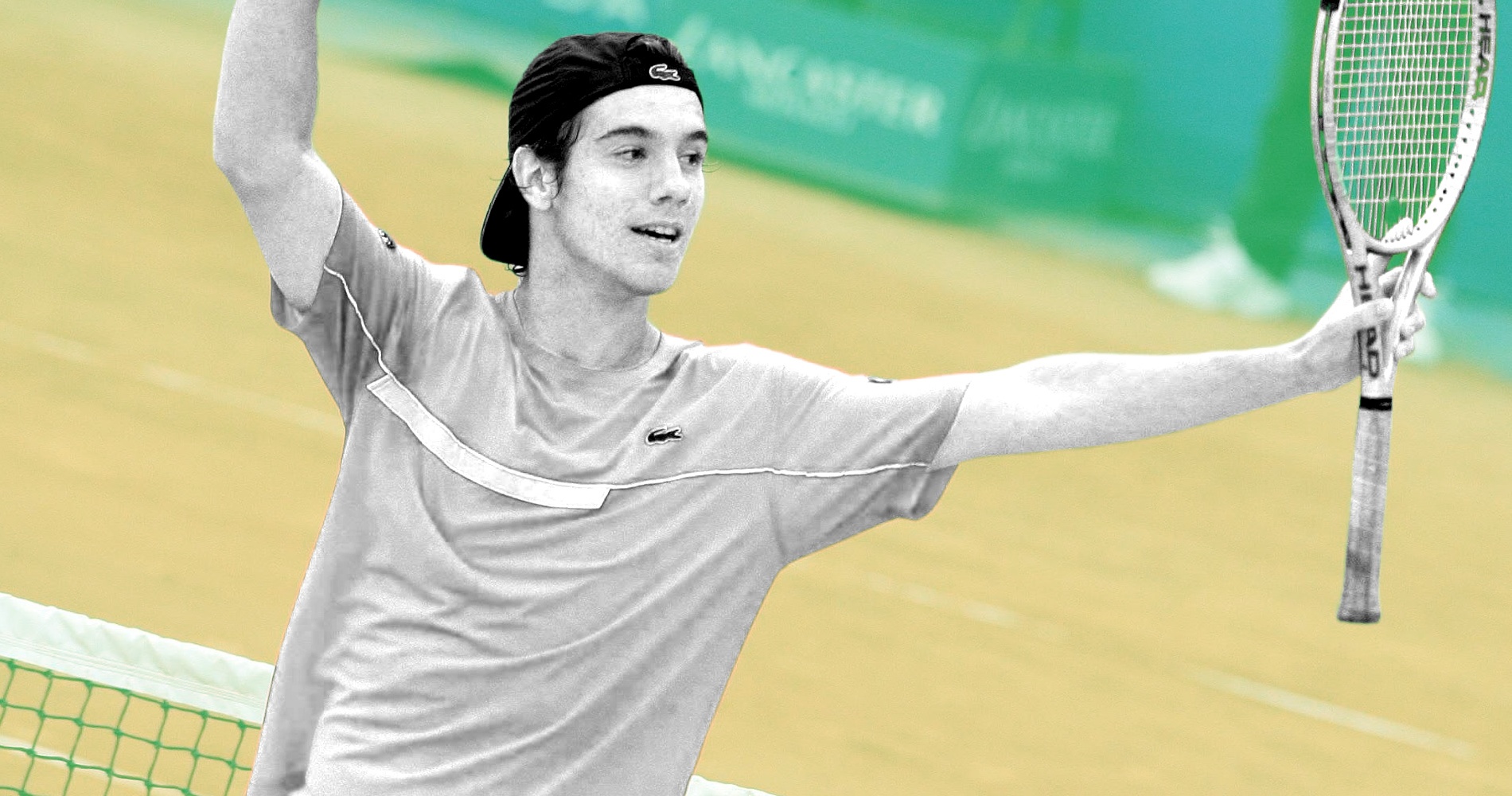 On this day, April 15, 2005, 18-year-old Richard Gasquet scored a major upset at the Monte-Carlo Open, defeating the undisputed world No 1 Roger Federer in the quarter-finals (6-7, 6-2, 7-6). The young Frenchman saved three match points to hand the Swiss his first loss since the Australian Open semi-finals, putting an end to his 25 match-winning streak.

Richard Gasquet, the French prodigy, born in 1986, achieved fame in his homeland at the age of 9, when he made the cover of the French Tennis Magazine as “the champion that France is waiting for”. He made himself known to the international public in 2002, aged 15 years and 10 months, when, after receiving an invitation for the Monte-Carlo qualifying event, he became the youngest player to ever qualify for an ATP Masters 1000 main draw. Displaying an amazing one-handed backhand, he went on to defeat Franco Squillari in the first round (7-6, 3-6, 7-5) before finally being defeated by world No 6 Marat Safin (6-4, 6-1). A few weeks later, Gasquet made his Grand Slam debut at Roland-Garros, when he lost in four sets against the future champion Albert Costa (3-6, 6-0, 6-4, 6-3). He broke into the top 100 for the first time the following year, and in 2004, he reached his first ATP final, in Metz (defeated by Jerome Haehnel), but, even though he was already ranked No 107 in the world at the age of 18, many tennis fans, who expected him to break through at the top level, were criticizing him. In April 2005, at the start of the Monte-Carlo Open, he was world No 101.

Roger Federer, born in 1981, was the undisputed world No 1 for over a year. In his early years, Federer had performed well since his first professional matches. His mind-blowing game amazed the world tennis and soon, he was proclaimed as the future world No 1. Expectations grew even bigger when, at the age of 19, he defeated the seven-time Wimbledon champion, Pete Sampras himself, in the fourth round of the Championships in 2001 (7-6, 5-7, 6-4, 6-7, 7-5).  However, young Federer was very emotional and didn’t cope very well with this pressure. Entering the top 10 in June 2002, his record in major events didn’t match his talent yet: in his first 16 Grand Slam appearances, he never made it past the quarter-finals. In July 2003, he claimed his first major crown at Wimbledon, defeating Mark Philippoussis in the final (7-6, 6-2, 7-6). 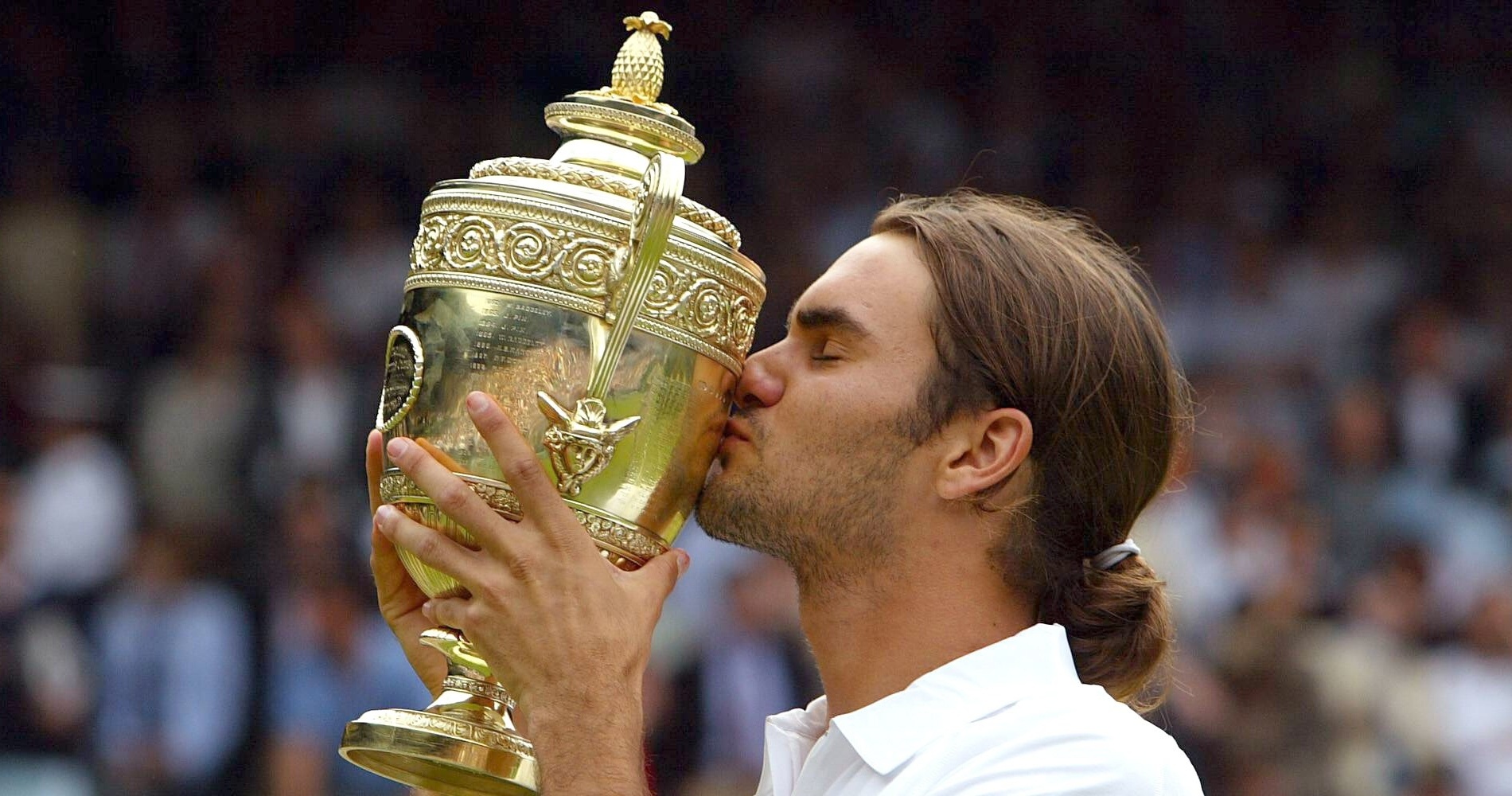 Federer’s confidence and his hold on the Tour grew relentlessly, despite an early loss at the US Open. In the 2003 Masters Cup final, he delivered a masterclass to edge Andre Agassi (6-3, 6-0, 6-4), and even though he finished the year as world No 2, behind Andy Roddick, most of the pundits agreed that it was just a matter of time before he would reach the top spot. It happened in February 2004, after the Swiss claimed his first Australian Open title (defeating Marat Safin in the final, 7-6, 6-4, 6-2), and he heavily dominated the game in the following months, triumphing at both Wimbledon (defeating Andy Roddick in the final, 4-6, 7-5, 7-6, 6-4) and the US Open, where he punished Lleyton Hewitt (6-0, 7-6, 6-0). Federer finished the year in style, successfully defending his title at the Masters Cup (defeating Hewitt again, 6-3, 6-2). In the first months of 2005, his only disappointment came at the Australian Open, where he was edged by Safin in the semi-finals, in one of the most exciting matches in the tournament’s history (5-7, 6-4, 5-7, 7-6, 9-7). After that, he won four consecutive tournaments, including the Indian Wells and Miami Masters 1000 events.

Located at the top of the Rocher de Monaco, with a unique overview of the Mediterranean Sea, the Monte-Carlo Country Club has hosted one of the oldest international tennis tournaments since 1928. Usually considered as the start of the clay-court season, it was a part of the ATP Masters 1000 category. Amongst its former champions, there was a long list of clay-court legends, such as Bjorn Borg, Guillermo Vilas, Ivan Lendl, Mats Wilander, Sergi Bruguera, and Gustavo Kuerten.

In April 2005, Richard Gasquet was only 18 years old, but he already had a history at the Monte-Carlo Country Club. Three years before, at the same venue, defeating world No 54, Franco Squillari, he had become the youngest player to win an ATP match since Tommy Ho in 1988.

Even though he was only ranked No 101 in the world, “Richie” arrived at Monte-Carlo with more confidence than he ever had, having claimed back-to-back ATP Challenger titles in Barletta and Napoli. In his first two rounds, he defeated two Spanish clay-court specialists, Guillermo Garcia-Lopez (6-2, 6-0) and Felix Mantilla (7-5, 6-1). In the third round, he eliminated Nikolay Davydenko, world No 16 (4-6, 7-5, 6-2), to set up a quarter-final clash with world No 1 Roger Federer, who seemed almost unbeatable at the time.

On the day of Prince Rainier’s funeral, although the Swiss started with an early break, it soon appeared that the young Frenchman had the skills to challenge him. Soon, the Monte-Carlo crowd watched with amazement as the youngster pushed Federer into a tiebreak, with his exquisite down-the-line backhands and spectacular volleys. However, when the world No 1 easily won the tiebreak, 7-1, the spectators probably thought that Gasquet had fought bravely, but had probably missed his opportunity.

The Frenchman, however, started the second set even more aggressively, and, to the general astonishment of the crowd, outplayed the Swiss (6-2) before taking a 5-3 lead in the decider. At 5-3, Gasquet obtained a first match point, but he blew it by missing a forehand volley, and he saw Federer clawing his way back. In the deciding tiebreak, the world No 1 obtained three match points, at 6-5, 7-6, and 8-7, but he failed to finish off. Two points later, thanks to an amazing backhand passing shot, Gasquet converted his second match point to become the second player in 2005 to defeat the great Federer.

“He played great in the second and the beginning of the third,” Federer said, according to The New York Times. “He really played into this zone where you had the feeling there was no more you could do. That’s a bit how I felt, but I will have to play him more often to see how consistent he is, but he definitely played a great match today.”

Fifteen years later, Gasquet would recall this match, for Eurosport:

“I was a little apprehensive [at the start]. Deep down I was thinking: “Maybe he’s going to kick my ass”. Of course, I had a lot of respect, but as soon as the match started, he was an opponent like any other. (…) It was the match that made me really famous to the general public, after a difficult 2004 season in which I had struggled to meet the expectations around me.” 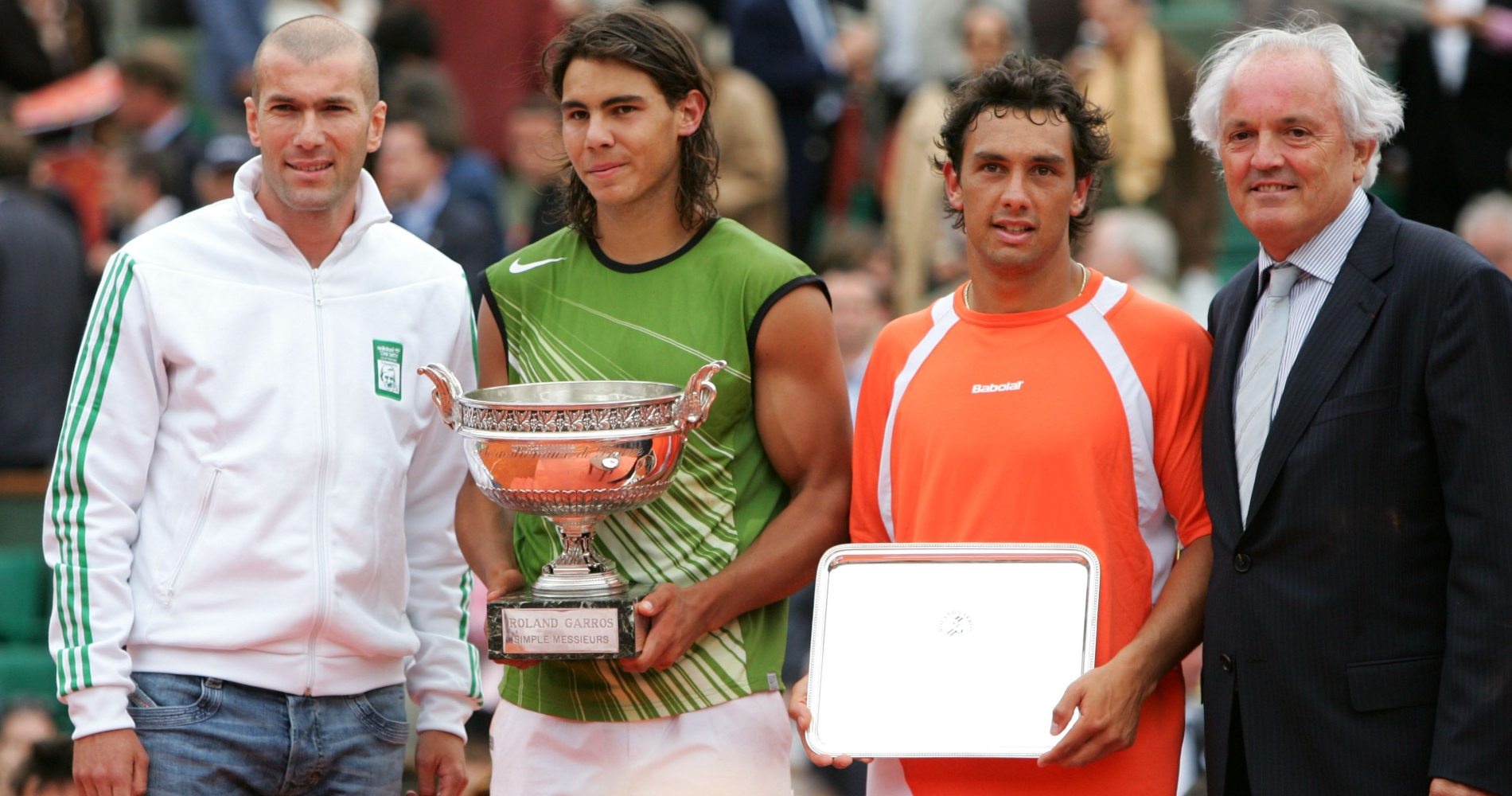 Despite his amazing results at such a young age, Gasquet would never be as successful as Federer or Nadal. He would still climb as high as world No 7, claiming 15 titles and reaching the semi-finals in three Grand Slam events, twice at Wimbledon (2007, 2015) and once at the US Open (2013).