April 2, 1999: The day Roger Federer made his Davis Cup debut

On April 2, 1999, Roger Federer made his Davis Cup debut against Davide Sanguinetti of Italy 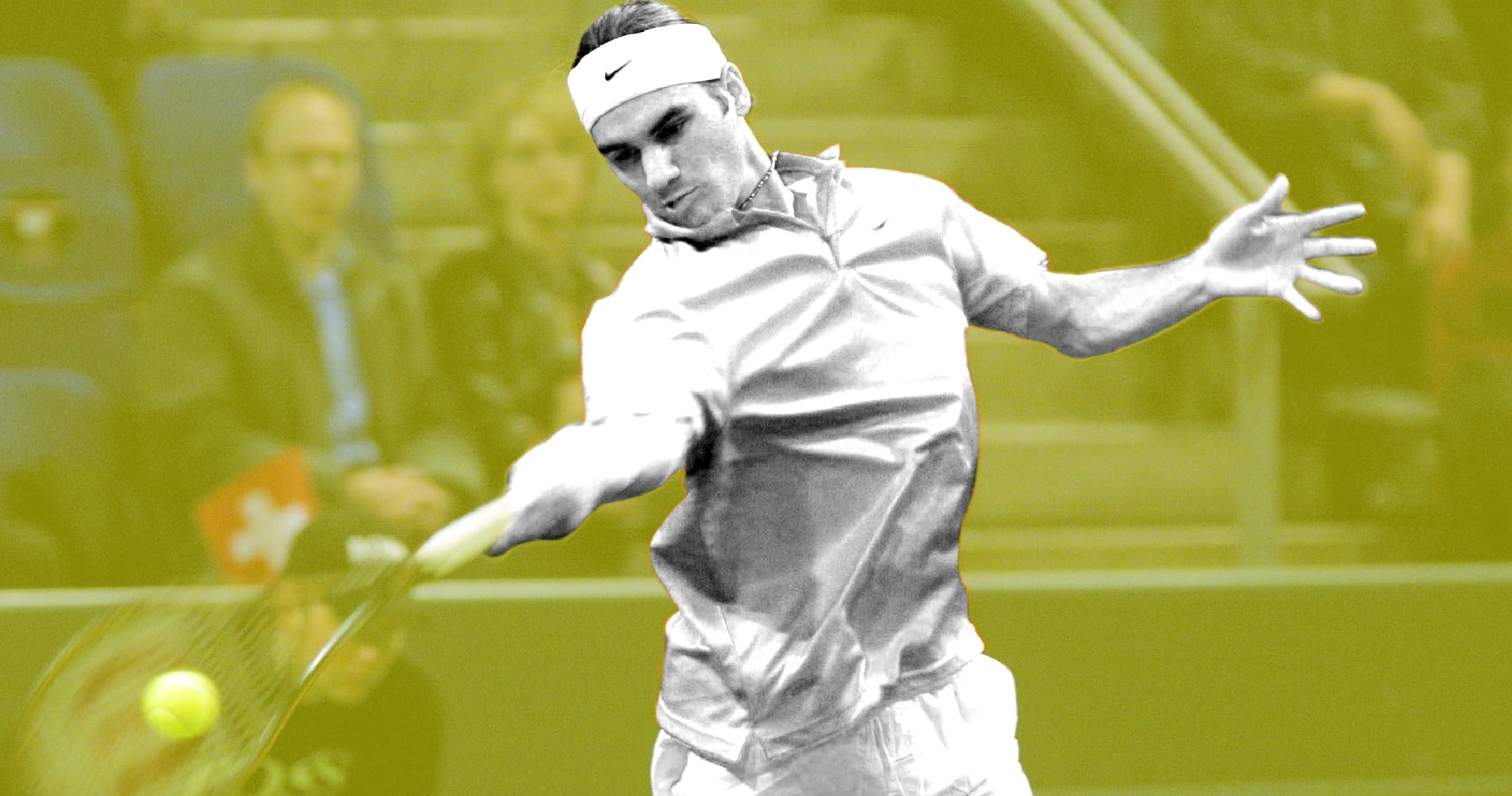 Roger Federer, On this day

Roger Federer was born in 1981. In 1998, not only was he the world No 1 in juniors, but Federer also performed well in his first professional matches, reaching the quarter-finals in Toulouse after beating two top-100 ranked players. Ranked no 298 at the start of 1999, he entered the top 200 in February, reaching the quarter-finals in Marseille, where he defeated world No 5 Carlos Moya in the first round 7-6, 3-6, 6-3. Two weeks later, in Rotterdam, he defeated world No 30 Bohdan Ulihrach 6-4, 7-5 to make his way into the quarter-finals again, where he pushed world No 2 Yevgeny Kafelnikov to a third-set thriller before he was finally defeated 6-1, 5-7, 6-4. Now world No 123, his electrifying game amazed the world of tennis and he was proclaimed as the future world No 1 by many experts. 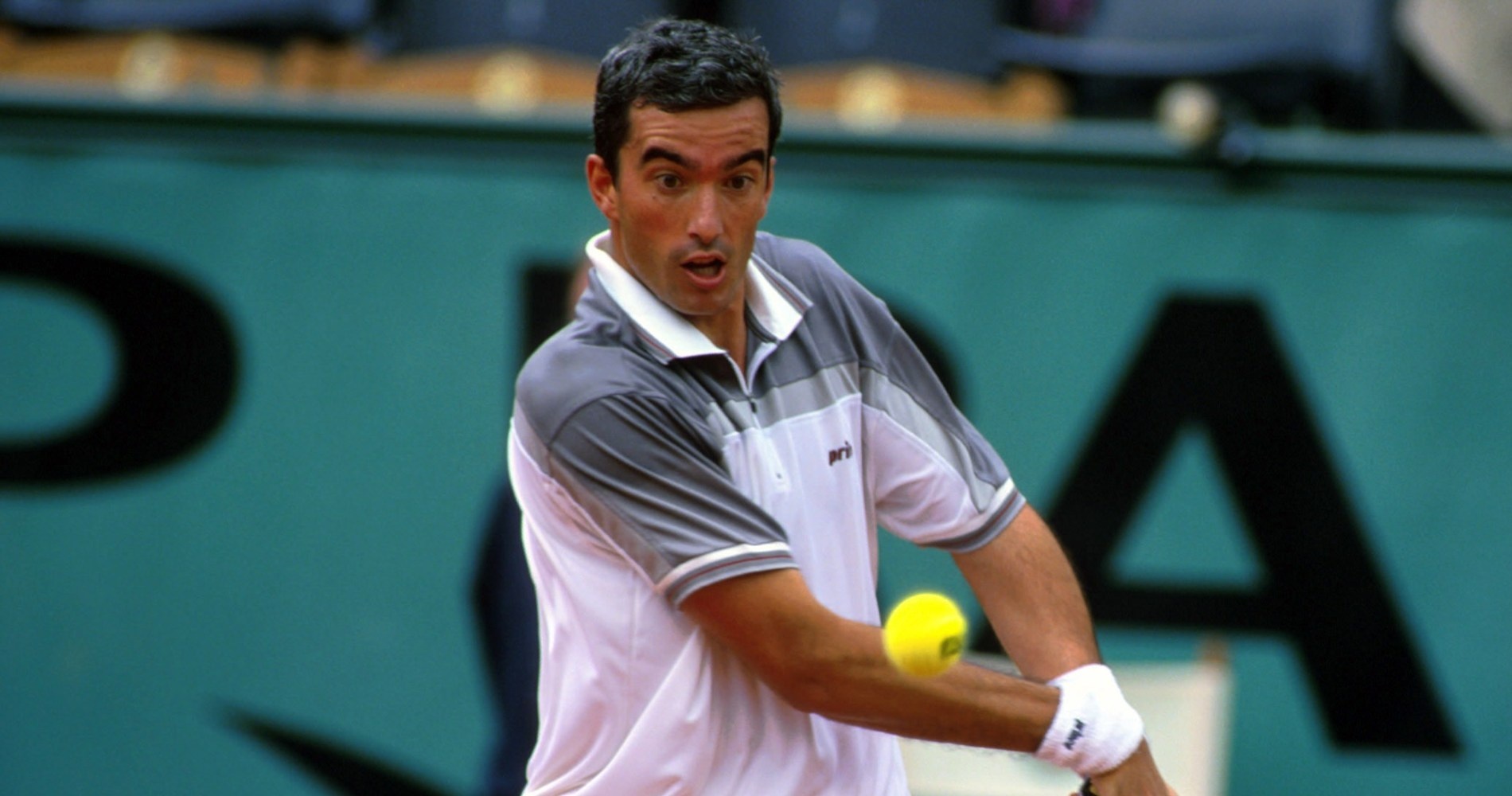 The 1999 Davis Cup first-round tie between Switzerland and Italy was held on an indoor carpet in Neuchatel, not far from Roger Federer’s hometown of Basel.

In early 1999, young Roger Federer, who had earned his first ATP points at the end of 1997, was one of tennis’ new rising stars. World No 1 in juniors the previous year, he began the new season with outstanding results, scoring a great win over world No 5 Carlos Moya in Marseille. In just three months, he climbed from the 298th rank to the 123rd spot in the ATP rankings. His improvements didn’t go unnoticed, and he was picked to team up with the 1992 Olympic champion Marc Rosset in the first round of the Davis Cup against Italy.

His teammate released some pressure from the youngster’s shoulders by defeating Gianluca Pozzi in the opening match 7-6, 6-4, 7-6. However, Federer’s task was not easy as he faced Davide Sanguinetti, world No 48, who had taken his team into the final of the prestigious competition in 1998, in his Davis Cup debut.

Federer, who, at the time, was known to be pretty emotional, brilliantly mastered his nerves to deliver a solid performance and prevail in four sets, 6-4, 6-7, 6-3, 6-4. Even the loss of a close second set didn’t break his concentration.

“I was nervous at the beginning, but then I was able to calm down. I didn’t play the tiebreak well, I took too much risk. In the end, the risks I took and the support of the crowd helped me win,” Federer commented.

“He has everything it takes to become a great player, and particularly a great Davis Cup player,”, said Rosset.

“It was unfortunate for us that Federer played for our opponent. But it was fun to watch him. There are not many people who can play tennis that well.”

On the following day, Marc Rosset and Lorenzo Manta would win the doubles to send their team into the second round of the Davis Cup. On the last day, Federer would face his first defeat in this competition, going down to against Gianluca Pozzi 6-4, 7-6.

On September 20, 1999, Roger Federer would set another milestone by breaking in the top 100 for the first time. In 2001, he would claim his first title in Milan, defeating Julien Boutter in the final 6-4, 6-7, 6-4, a win that would propel him into the top 20. The same year, he would achieve his first remarkable Grand Slam result at Roland-Garros and Wimbledon, reaching the quarter-finals, after a legendary win at the All England Club against the seven-time champion, Pete Sampras (7-6, 5-7, 6-4, 6-4, 6-7, 7-5).

Two years later, in London, Federer would claim the first of his 20 Grand Slam titles defeating Mark Philippoussis 7-6, 6-2, 7-6 in the final, and in 2004, he would become world No 1 for the first time, before setting the record of the longest uninterrupted reign in tennis history (237 weeks).

Throughout his career, the Swiss would participate in 27 Davis Cup ties, holding a singles record of 40-8. In 2014, helped by Stan Wawrinka, Federer would clinch the Davis Cup crown, defeating Richard Gasquet 6-4, 6-2, 6-2 in the fourth rubber of the final, in Lille.

Davide Sanguinetti would claim the first title of his career in 2002, in Milan, defeating none other than Roger Federer in the final – 7-6, 4-6, 6-1. That year, he would win the second and last tournament of his career, in Delray Beach, and would climb as high as No 42 in the rankings in 2005.