On this day in tennis history, one of the greats of the American game pulled off yet another stunning result in a Davis Cup clash against a tricky opponent. Find out how he did it. 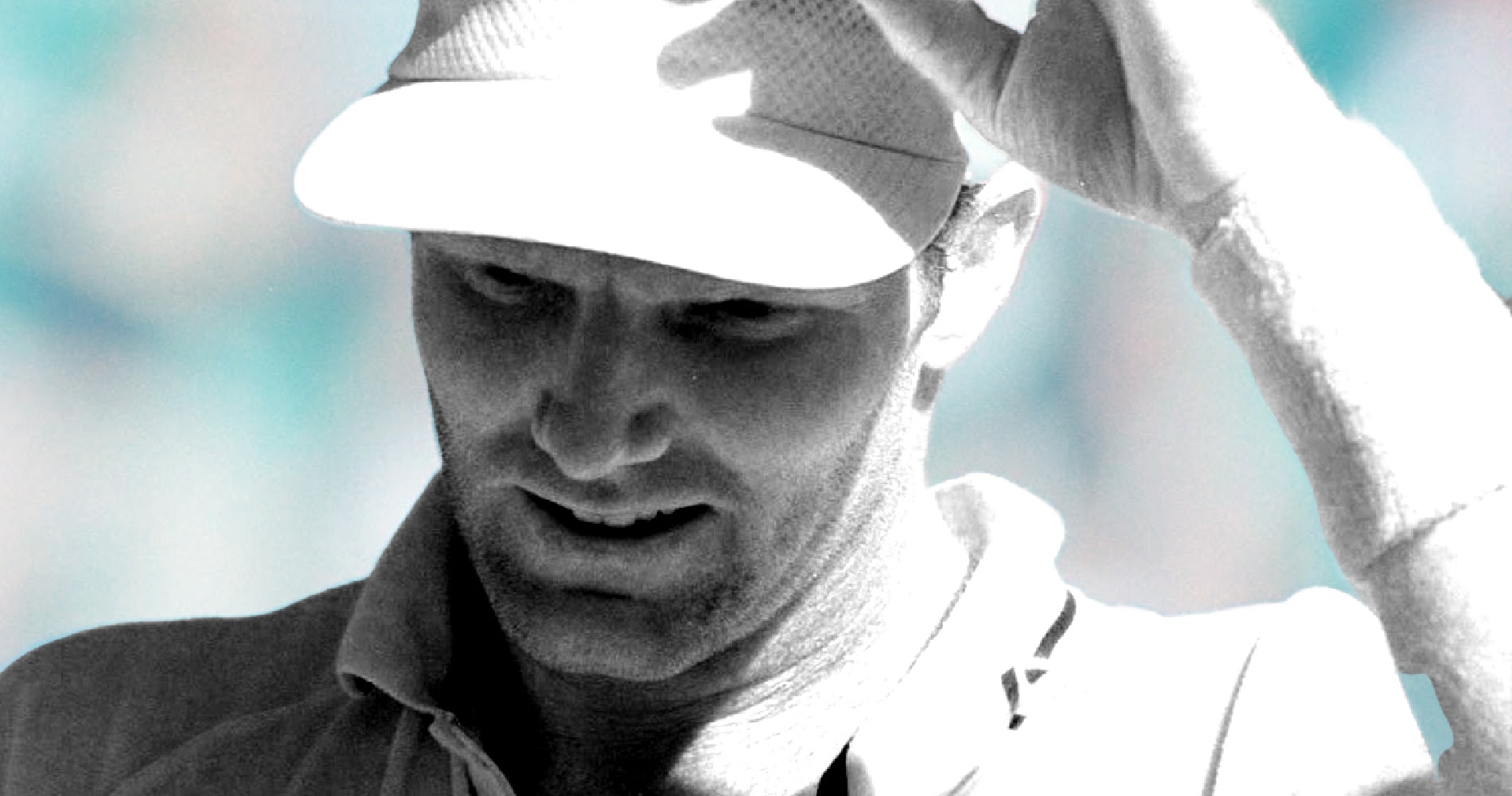 Born in 1970, Jim Courier was one of many players that developed at the Nick Bollettieri tennis academy in the 1980s. He developed quite an unconventional game, using western grips and short backswings often compared with baseball motions, which matched his trademark cap. His big serve and his inside-out forehand were his favourite shots, and he was famous for his work ethic, commitment and fitness. He was the last of an American big four which made a big impression on the tour: Andre Agassi had been the first to reach a Grand Slam final four, at the French Open in 1988; Michael Chang had been the first to claim a Grand Slam title at Roland-Garros in 1989, joined by Pete Sampras who won the US Open in 1990. Courier claimed his maiden title in 1989, in  Basel, upsetting world No 3 Stefan Edberg in the final (7-6, 3-6, 2-6, 6-0, 7-5).

Although he was the least expected to take the lead amongst these rising stars, he made his Grand Slam breakthrough in 1991, claiming the French Open crown, defeating Agassi (3-6, 6-4, 2-6, 6-1, 6-4). This was the start of his domination. After a heavy loss against Stefan Edberg in the 1991 US Open final (6-2, 6-4, 6-0), he took his revenge against the Swede by defeating him in the 1992 Australian Open (6-3, 3-6, 6-4, 6-2) and knocking him down from world No 1 in February. A few months later, he confirmed his hold on the tour by successfully defending his Roland-Garros crown (beating Petr Korda in the final, 7-5, 6-2, 6-1), and he finished 1992 on top of the ATP rankings. In 1993, he successfully defended his Australian Open title, which remained his fourth and last major title. In the following months, Courier was defeated in two consecutive Grand Slam finals: after losing to Sergi Bruguera in a close Roland-Garros final (6-4, 2-6, 6-2, 3-6, 6-3), he was defeated by Pete Sampras in the Wimbledon final (7-6, 7-6, 3-6, 6-3). Although he had just become, at 22, the youngest player in tennis history to participate in all the Grand Slam finals, this was the beginning of his decline. In 1994, despite some good results, including a semi-final at the French Open (defeated again by Bruguera), his motivation would hit a low point during summer, and he would consider leaving the tour for a while. He left the top 10 in 1996, and in April 1999, his ranking had dropped down to world No 54. 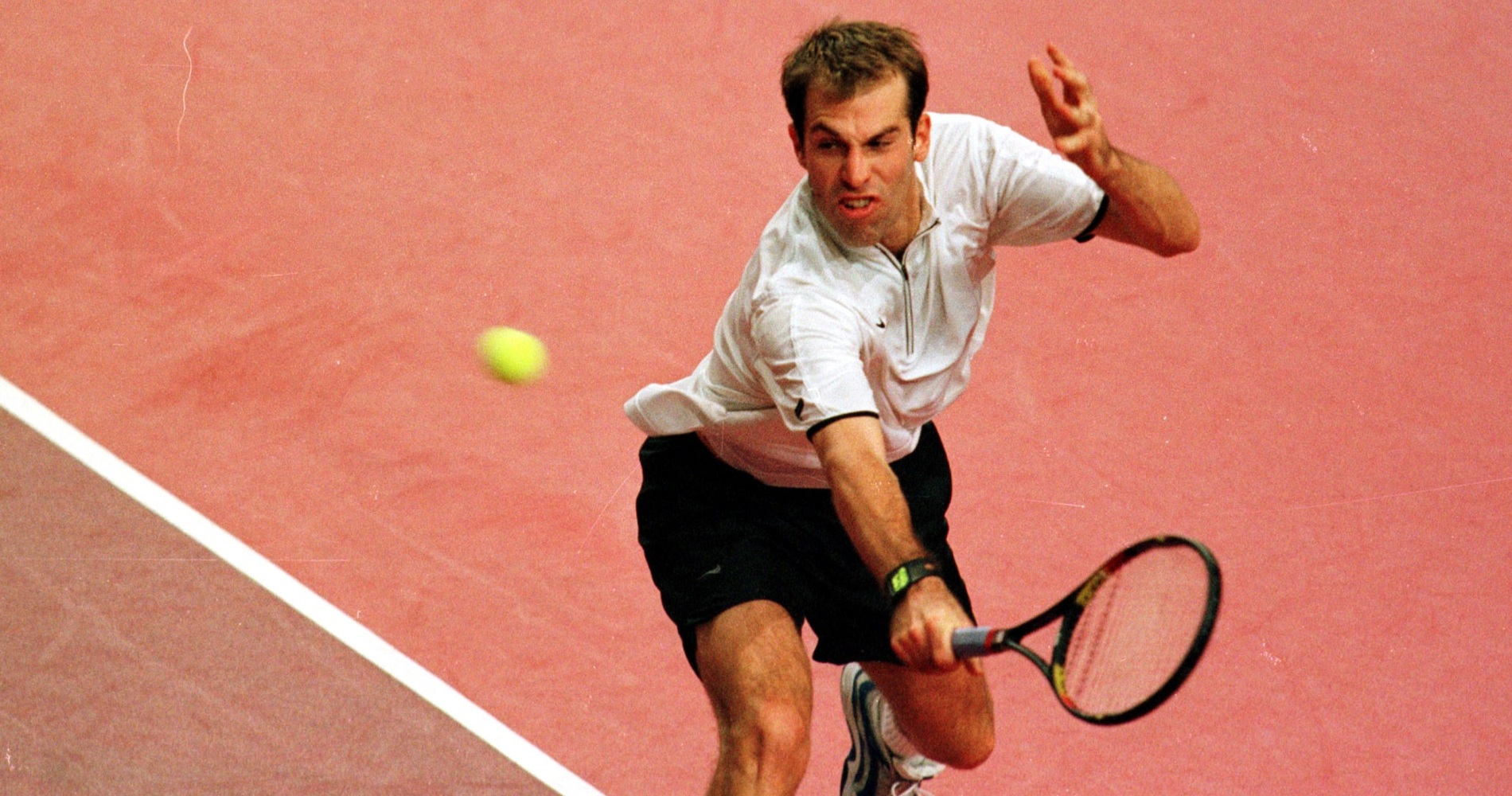 Greg Rusedski, born in 1973, was left-handed and his serve and volley game depended on his massive serve. He claimed his first title in Newport, on grass, in 1993, and his first remarkable result in a Grand Slam tournament was a fourth round reached at Wimbledon in 1995, where he was defeated by the future champion Pete Sampras (6-4, 6-3, 7-5). His career peaked in 1997, where he claimed a title on grass in Nottingham, defeating Karol Kucera in the final (6-4, 7-5). Rusedski then achieved the two best Grand Slam results of his life, by reaching the quarter-finals at Wimbledon (defeated by Cédric Pioline, 6-4, 4-6, 6-4, 6-3), and above all, the US Open final which he lost to Patrick Rafter (6-3, 6-2, 4-6, 7-5). In 1998, he won the most important tournament of his career in Paris-Bercy, where he beat Pete Sampras in the final, for the only time in ten encounters (6-4, 7-6, 6-3). The same year, he fired what was, at the time, the fastest serve in tennis history, at 149 mph.

The Davis Cup first-round tie between Great Britain and the United States was held in Birmingham, at the National Indoor Arena, which could host close to 10,000 spectators. The British captain had chosen a fast surface to suit his top players, Tim Henman and Greg Rusedski.

When the two American top players, Pete Sampras and Andre Agassi, both refused to participate in the Davis Cup first-round tie against a British team led by Tim Henman and Greg Rusedski, it was a big blow for their captain, Tom Gullikson. Although he could still count on the presence of two prestigious players, Jim Courier and Todd Martin, the first was now only world No 54 and hadn’t reached the fourth round of a Grand Slam tournament in more than two years, and the latter was recovering from an abdominal injury. 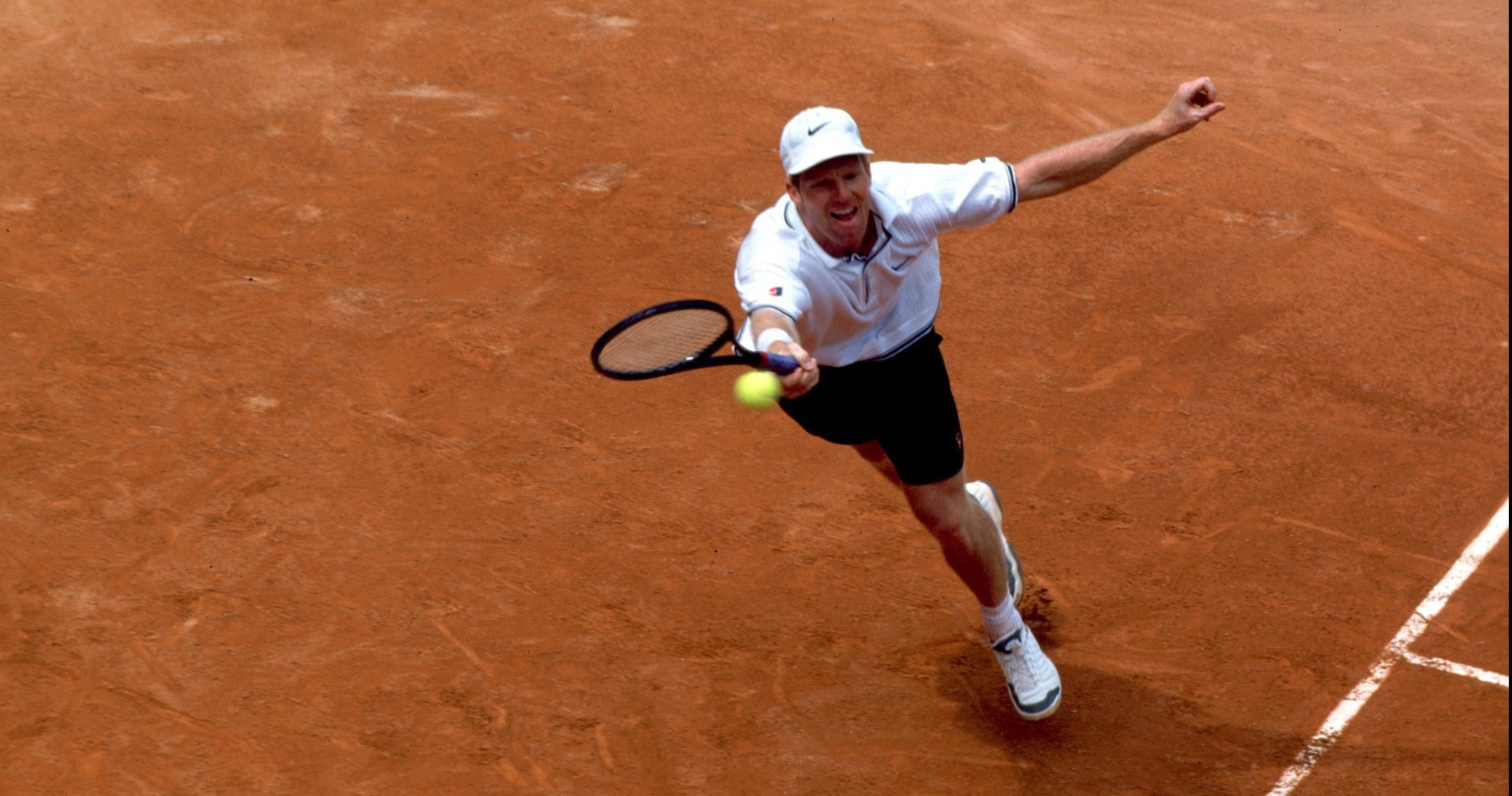 However, Gullikson kept his composure, and before the tie began, he declared: “We expect to play well and I really think we can win this tie.”

Courier himself dismissed any question regarding the absence of Sampras and Agassi.

”We’re the ones wearing stars and stripes on our backs,” he said. ”The other guys who aren’t here don’t exist this week. I love those guys, but we can’t make them want to be here.”

American hopes now all relied on Courier, who faced Rusedski in the deciding rubber. Twice, the Brit rallied back from one set down, and when Rusedski won the fourth set, 6-1, it definitely seemed that the momentum was with him. But Courier, whose teammates called him “The Rock”, had built his career on his fighting spirit, and he showed once again his mental strength in a thrilling fifth set. He didn’t let himself get distracted by the noisy crowd nor by the 31 aces fired by his opponent and he seized the first opportunity to break Rusedski’s serve at love at 7-6 to finally prevail (6-4, 6-7, 6-3, 1-6, 8-6).

”I can’t remember the last time I had such a peaceful feeling,” he said, according to The New York Times. ”I felt like the fans were the ocean trying to hit me with waves, and I just stayed calm. (…) This is the kind of match that gets a lot of kids out wanting to play tennis tomorrow morning.”

Of course, his opponent was extremely disappointed by his loss.

“I basically let the team down by not winning at least one singles match,” he said, but his captain, David Lloyd, disagreed.

“I always knew it was going to be just a few points here and there but no-one let anyone down,” said Lloyd. “I really think that if Sampras and Agassi would have played, we would have won, because I don’t think the Americans would have had the same team spirit. Pete and Andre are not team players.”

The United States would be defeated in the following round of the 1999 Davis Cup by Australia (led by Patrick Rafter).

This extraordinary Davis Cup performance would remain Courier’s last great achievement. A year later, in May 2000, unable to perform at this level on a regular basis, he would decide to retire from professional tennis.

Greg Rusedski would never go past the fourth round of a Grand Slam tournament again. Remaining a solid top 50 player, especially on fast courts, he would claim the last of his fifteen titles in Newport, in 2005, defeating Vince Spadea, in the final (7-6, 2-6, 6-4).