August 27, 1985: The day Mary Joe Fernandez became the youngest player to ever win a match at the US Open

Every day Tennis Majors takes you back in time to celebrate a great moment in tennis history. Today, we go back to 1985 to witness how Mary Joe Fernandez, eight days after her 14th birthday, became the youngest player to win a match at Flushing Meadows 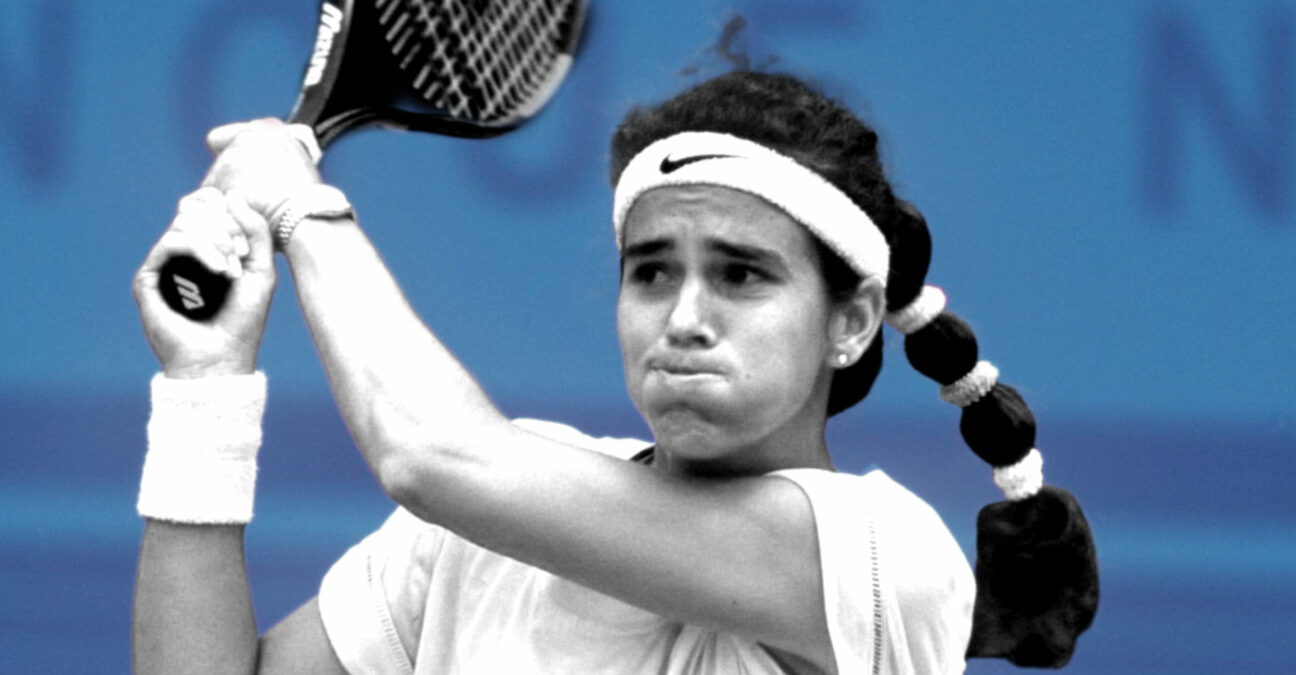 On this day, 14-year-old Mary Joe Fernandez, from the United States, defeated Sara Gomer in the US Open first round (6-1, 6-4). She was the youngest player, male or female, to win a match in the US Open main draw, beating Gabriela Sabatini’s previous record by four months.

Mary Joe Fernandez was born in Santo Domingo, in 1971, but her parents moved to America when she was only 6 months old. She became well known in juniors, winning the Orange Bowl four times, in the U12, U14, U16 and U18 categories before the age of 14. In February 1985, aged only 13, she won three matches to reach the round of 16 at the prestigious Lipton Championships, in Delray Beach. In August 1985, just after she turned 14, she was already world No 107.

Sara Gomer, from the United Kingdom, was born in 1964. Her best Grand Slam performance so far had been reaching the second round at Wimbledon, in 1985 (defeated by Barbara Potter, 6-4, 7-5).

Read also
August 26, 1986: The day McEnroe lost in the opening round of the US Open for the first and only time
Tennis Majors

The US Open (known as the US Nationals before 1968 and the start of the Open Era), was established in 1881, and, although it is the only Grand Slam to have been played every single year without an interruption since its beginning, it moved several times locations throughout the 20th century. First held in August 1881 on grass courts at the Newport Casino, on Rhode Island, the tournament moved to New York in 1915, where it was held at the West Side Tennis Club, at Forest Hills until 1977 (with the exception of years 1921-1923, when the event was moved to Philadelphia). In the years 1975-1977, the event was played on clay. In 1978, the US Open left the West Side Tennis Club, which was now too small for such an important event, for the USTA National Tennis Center, located in Flushing Meadows, New York. At the same time, the decision was made to change the surface to hard courts. The Tennis Center was one of the biggest tennis complexes in the world:  its centre court was the Louis Armstrong Stadium, which had a capacity of 14,000 spectators.

Mary Joe Fernandez had turned 14 on August 19, a week before the beginning of the US Open. However, despite her young age, the American had earned her spot in the main draw as, a few months before, she had reached the round of 16 at the Lipton Championships, in Florida. To achieve that feat, the 13-year-old had to win three consecutive matches against grown-up professional players, including the 11th seed Bonnie Gadusek (7-6, 7-6).

At Flushing Meadows, she was under high scrutiny, and even though she was only world No 107 and had lost in the first round at both Roland-Garros and Wimbledon, her opponent in the first round, Sara Gomer, from the UK, was probably not thrilled at the idea of facing the young phenomenon.

On August 27, 1985, while on the main arena the defending champion John McEnroe was pushed into a five-set combat in the first round by world No 175 Shlomo Glickstein, the 14-year-old Fernandez wrote history, defeating her opponent in straight sets, 6-1, 6-4. Never before had such a young player won a match at the US Open. The previous record was held by Gabriela Sabatini, who was 14 years and three months old when she reached the US Open third round, in 1984. However, they were both older than Steffi Graf, who had become the youngest player to ever score a win in a Grand Slam tournament, at Roland-Garros, in1983, at the age of 13.

Although in 1984 Sabatini had made her way into the third round, Fernandez’s run would end in the second round, where the American would be defeated by Ann Henricksson (6-1, 6-4).

Mary Joe Fernandez’s best performance at the US Open would be reaching the semi-finals, in 1990 (lost to Sabatini, 7-5, 5-7, 6-3). She would reach three major finals throughout her career, defeated by Steffi Graf at the 1990 Australian Open and at Roland-Garros in 1993, and by Monica Seles at the 1992 Australian Open. Claiming seven titles in total, she would climb as high as world No 4, in 1990.

Sara Gomer would climb as high as world No 48, in 1988, and she would claim her only title the same year in Aptos, California (defeating Robin White in the final, 6-4, 7-5). She would remain the last British female player to have won a WTA title for 24 years, until Heather Watson lifted the trophy in Osaka in 2012.