Seeing his results dwindle, Stefan Edberg said he would be retiring. The six-time Grand Slam winner in singles with an ice-cool demeanour and wonderful volley played his final season in 1996. 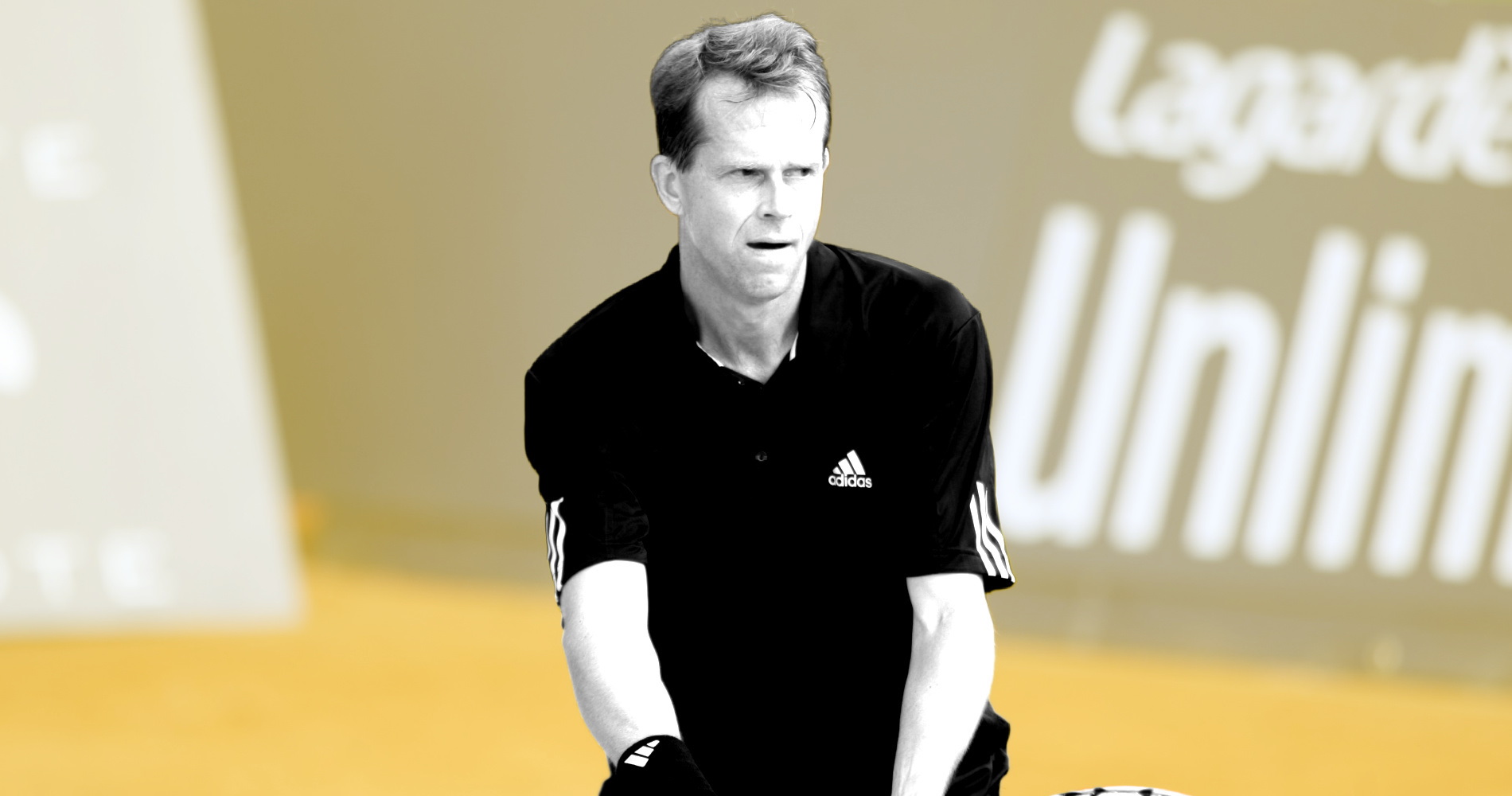 On this day, December 18, 1995, legendary Swede Stefan Edberg announced that he would be retiring at the end of 1996. A six-time Grand Slam champion who spent 72 weeks as world No 1 and was the last men’s player to reach world No 1 in both singles and doubles, Edberg felt he couldn’t compete for more majors and thus announced his farewell tour.

One of the last serve-and-volley players to reach the top spot in the rankings, he would leave a gap in the world of tennis as fans would miss his style and his renown sportsmanship. Furthermore, Edberg’s retirement marked the end of a golden era in Swedish tennis, which also included the likes of Bjorn Borg and Mats Wilander. 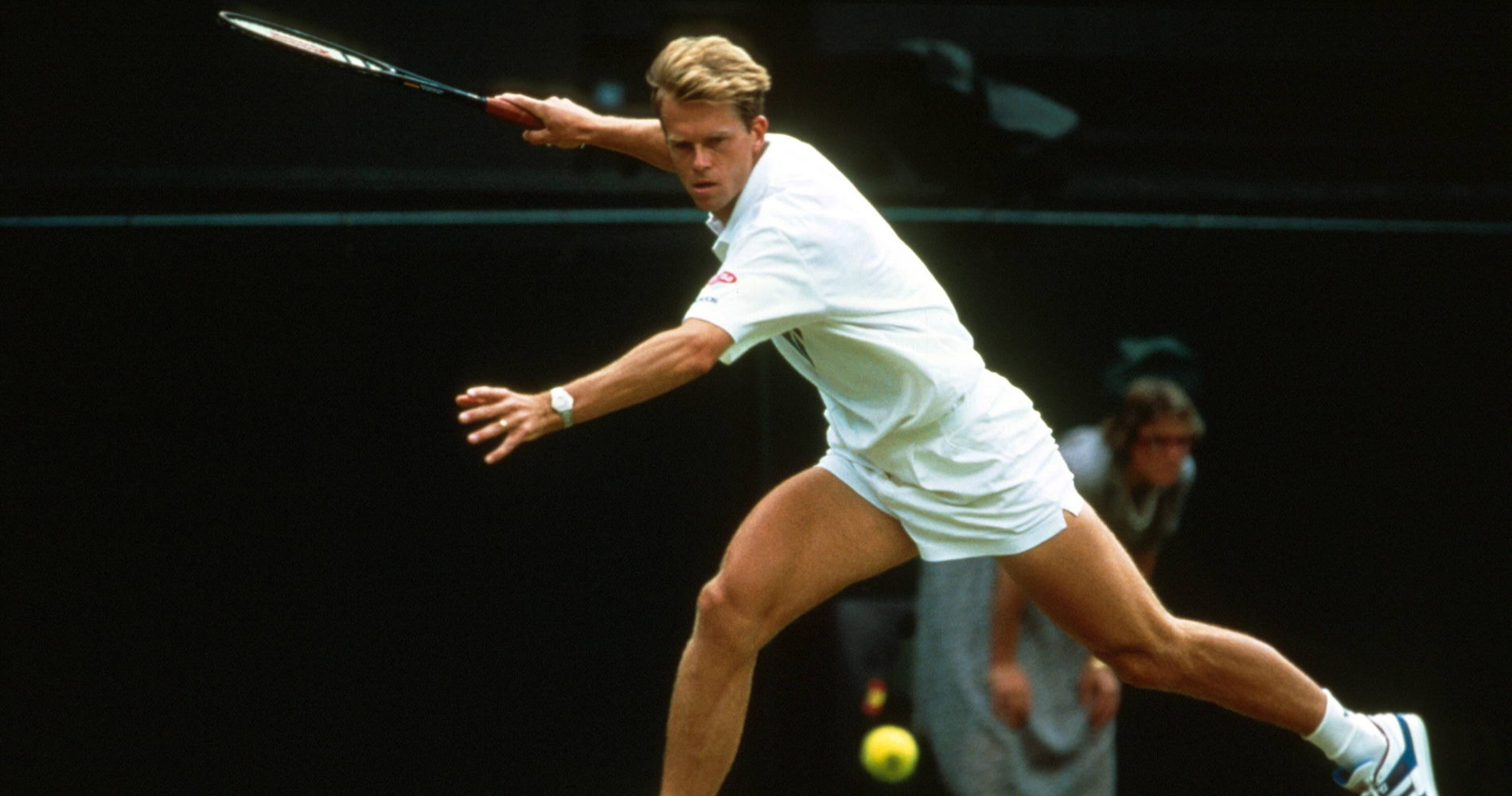 Born in 1966 in Vastervik on the coast south of Stockholm, Stefan Edberg was hugely successful in juniors, achieving the junior Grand Slam in 1983. But he almost quit tennis in the same year aged 17 after one of his serves accidentally killed a line judge in New York. The line judge, who had prior medical issues, was hit in the groin and fell to the ground, hitting his head.

Edberg continued and probably didn’t regret it. As early as December 1985, a few months after a young Boris Becker broke through by winning Wimbledon, Edberg claimed his first Grand Slam also on grass at the Australian Open by defeating fellow Swede Mats Wilander in the final (6-4, 6-3, 6-3). The tournament was not held in 1986, due to its change of date to January, and Edberg successfully defended his title in January 1987, defeating Aussie favorite Pat Cash (6-3, 6-4, 3-6, 5-7, 6-3).

And in the second one at Wimbledon, Becker gained revenge from the previous year’s final (6-0, 7-6, 6-4). In 1990, in the Australian Open final, he was forced to retire in the second set of his clash with Ivan Lendl because of an abdominal injury. After another disappointment at the French Open, where he lost in the first round, Edberg reclaimed the Wimbledon crown, edging Becker in five sets in their third consecutive final at the All England Club (6-2, 6-2, 3-6, 3-6, 6-4).

A few weeks later, he became world No 1 for the first time. In 1991, fighting with Becker for the top spot, he won the US Open for the first time, delivering a masterpiece in the final to destroy Jim Courier, 6-2, 6-4, 6-0. The American took his revenge at the Australian Open and became Edberg’s new rival for world No 1. At the 1992 US Open, the Swede heroically defended his title, winning three consecutive five-setters against Ivan Lendl, Richard Krajicek and Michael Chang, each time after being down a break in the last set. His five-hour, 26-minute marathon against Chang is the longest match in the tournament’s history. Although he didn’t know it at the time, it was going to be his last Grand Slam title.

Despite this good start, 1994 saw Edberg declining, especially after his upset second-round loss at Wimbledon to Kenneth Carlsen (6-7, 6-7, 6-2, 6-4, 6-4). For the first time in 10 years, the Swede finished a year outside the top 5 at No 7. Things went from bad to worse in 1995. Although he claimed his last ATP title in Doha, he didn’t go past the fourth round in any Grand Slam tournament for the first time since 1983. At the end of the year, his ranking dropped to 23rd.

In 1995, Stefan Edberg had the worst year of his career. He wasn’t as quick, suffered from back pain — which affected his serve  — and opponents, helped by advances in equipment, got better at returning.

The Swede did not reach the quarter-finals in any Grand Slam tournament, which had not happened to him since his first year on the Tour 12 years earlier. After more than 10 consecutive years in the top 10, he was now world No 23, but his biggest disappointments had happened at Wimbledon, the tournament he had won twice, and where he lost in the early rounds in 1994 and 1995, each time against players outside the top 100 (Kenneth Carlsen and Dick Norman).

He decided to call it a day, but not before having a farewell tour in 1996.

“My philosophy has always been that as long as I play, I want to be up there at the top, but possibly I would need a much stronger serve than I have today,” said Edberg.

“I thought it was best to announce my decision now. Everyone keeps asking when I’m quitting. It will be in a year’s time, whether I’m ranked second or 100 in the world. (…) I am going to try to get back in the top 10. That will be one of my goals along with doing well at the Grand Slams and producing top quality tennis. That is how I want to finish off, on a high note because I don’t want to have the continued sliding.”

As well as saying goodbye to his fans around the world, Edberg, who had not skipped a single Grand Slam tournament since 1983, also intended to use the opportunity to raise money for the foundation he had launched to help young Swedish tennis players.

“I am going to ask each of the tournaments that I am playing to make a small donation, or a big one if they like,” said Edberg.

In 1996, Stefan Edberg would regret his early announcement and the pressure that would come with it in every tournament.

“I would not recommend it to anybody actually, even if it’s a nice thing to do, because it does put too much pressure on yourself and there will be too many things going on in your mind,” Edberg would tell The Tennis Podcast more than 20 years later. “It’s just very tough to handle but at the same time, it was a memorable year. But I would not recommend it.”

During that last year on the Tour, Edberg would climb back to world No 14, reaching the fourth round at Roland-Garros after a satisfying five-set win against Michael Chang, and at the US Open, his last Grand Slam tournament, he would reach the quarter-finals (defeated by Goran Ivanisevic, 6-3, 6-4, 7-6).

His last tournament would be in Stockholm, where he would lose in the first round to a promising countryman Nicklas Kulti (7-6, 6-3). Edberg’s career would then end on a sad note, as he would twist his ankle on the first day of the Davis Cup final in a loss to Frenchman Cédric Pioline (6-3, 6-4, 6-3).

He largely stayed away from the tennis spotlight post retirement before he became Roger Federer’s coach at the end of 2013.