On this day in tennis history, a flamboyant figure won his maiden Grand Slam – which turned out to be the only one of his career. 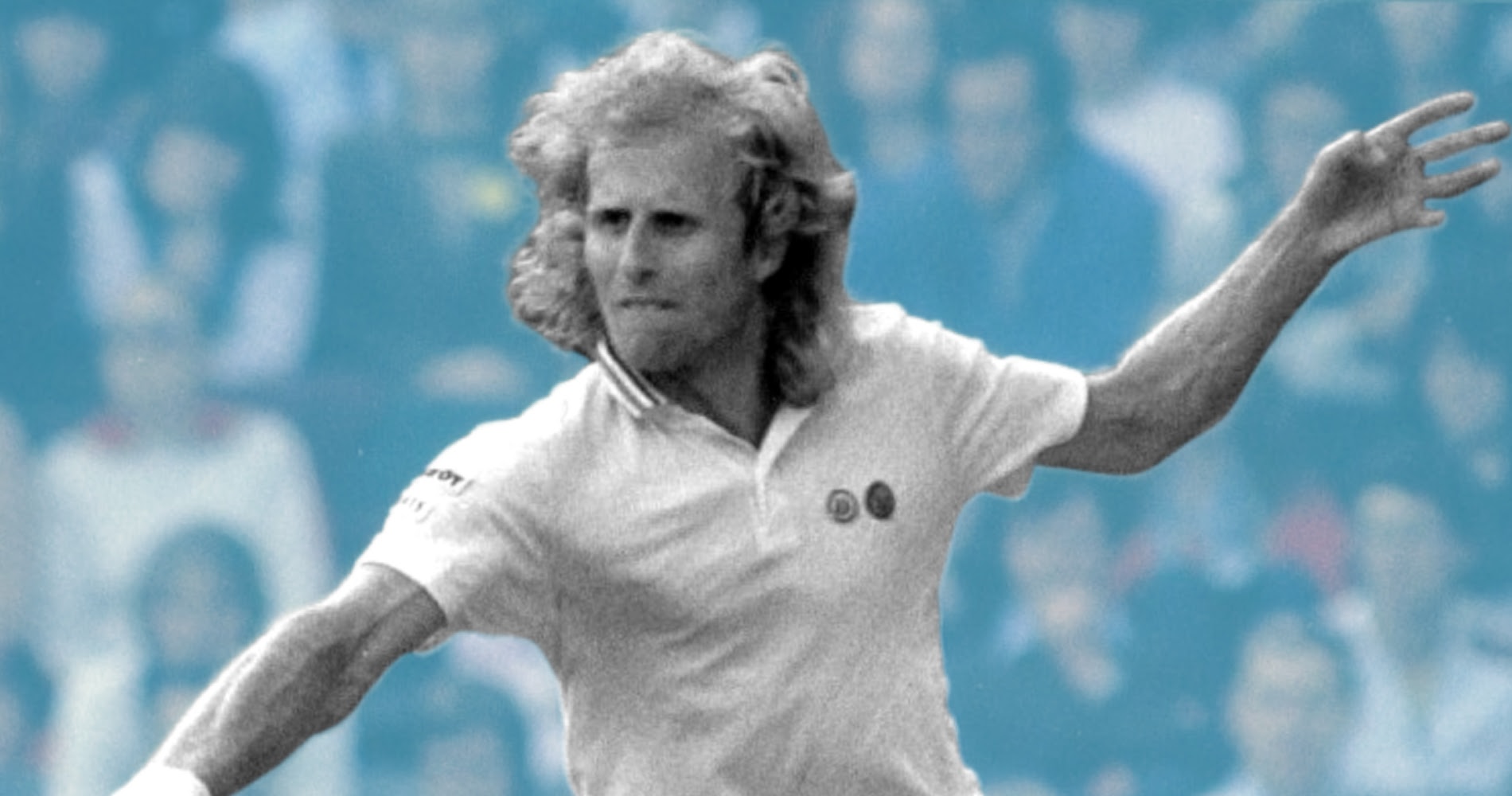 On this day, December 31, 1977, Vitas Gerulaitis made his New Year’s Eve special by clinching his first and only Grand Slam title, defeating John Lloyd in the final of the Australian Open (6-3, 7-6, 5-7, 3-6, 6-2). The American, who had lost an epic semi-final at Wimbledon to Bjorn Borg a few months before, was the favourite at a tournament deprived of the best players in the world, but victory almost slipped from his hands at the last minute, against the unheralded Briton.

Born in 1954, Vitas Gerulaitis was famous for his off-court personality. According to The Independent, “nobody contributed more to making tennis the coolest sport in town. ‘Broadway Vitas’, the ultimate tennis playboy, dated actresses and models, played in a rock band, partied till the small hours.”

Nicknamed “the Lithuanian Lion” because of his family origins, the New Yorker embraced that reputation. “If I could be as successful on the tennis court as I am off it, I would be number one,” he said once. Nonetheless, Gerulaitis was a great player, who claimed the first of his seven titles in Vienna, defeating Andrew Pattison in the final (6-3, 3-6, 6-4, 6-2). In 1977, he took his career to the next level, winning the most important tournament of his career so far at the Monte-Carlo Open (defeating Antonio Zugarelli in the final, 6-2, 7-6, 3-6, 7-6). Now a member of the top 10, he reached the semi-finals at Wimbledon, where he played one of the greatest matches in the tournament’s history, falling to Bjorn Borg after a five-set fight(6-4, 3-6, 6-3, 3-6, 8-6). During the year-end Australian tour, he added two titles to his list of achievements, triumphing in Perth and in Brisbane, and by the time the Australian Open started, he was ranked No 5 in the world.

Unlike the other Grand Slam tournaments, The Australian Open (first known as the Australasian Championships and, later, the Australian Championships) had moved several locations throughout the years. In fact, the event switched cities every year before it settled in Melbourne in 1972, and no less than five Australian cities had hosted the event at least three times: Melbourne, Sydney, Adelaide, Brisbane and Perth. The event was held on grass at the Kooyong Stadium, in an affluent suburb of Melbourne. Its timing had changed several times as well, between early December and January, going from being the first Grand Slam of the year to being the last. At the time, many of the best players skipped the Australian Open, mainly because of the remoteness, and the low prize money. In 1977, in order to attract the best players, the board decided to hold a second tournament earlier in December.

At the 1977 Australian Open, the organisers’ bid to please the best players in the world by holding a second event before Christmas didn’t 2o4k. Bjorn Borg and Jimmy Connors didn’t show up, and even Guillermo Vilas, runner-up of the last edition, didn’t attend the event. The top seeds were Vitas Gerulaitis and Roscoe Tanner, followed by Australian veterans Tony Roche and Ken Rosewall (who was already 43 years old).

After Tanner’s loss in the first round, Gerulaitis became the heavy favourite of the tournament. He proved himself equal to the task, dropping only one set (against Ray Ruffels, in the quarter-finals) on the way to the final, where he faced unheralded John Lloyd, from Great Britain.

The two players had already faced each other a couple of weeks before, in Sydney, and Gerulaitis had easily prevailed, 6-2, 6-2. This time though, Lloyd gave him a hard time. Although the world No 5 won the two first sets and seemed to be cruising for an easy win, the Briton clawed his way back into the match, and managed to push his opponent into a dangerous fifth set. Gerulaitis was now cramping, and his chances to lift the trophy seemed jeopardised.

“Today was my lucky day and the good lord looked down on me,” Gerulaitis said after the match, according to tennis.com. “The pain was dreadful, and I remember looking up toward the sky in the fourth set and saying to myself I couldn’t win without some sort of help.”

“If I had fallen over in those last two sets I could not have got back to my feet again, “he added, according to Mike Rowbottom. “I almost walked off the court at the end of the fourth set – but hell, this was a grand slam tournament and I was not going to give in easily.”

John Lloyd would remain famous in tennis history for his marriage with Chris Evert, which lasted from 1979 until 1987. He would climb as high as world No 21 in 1978, and he would claim three Grand Slam titles in mixed doubles, partnering Wendy Turnbull. In singles, he would obtain his last remarkable result reaching the quarter-finals at the 1985 Australian Open (defeated by Lendl, 7-6, 6-2, 6-1).

It would take 31 years to see another British man in a Grand Slam singles final: Andy Murray, who would reach the last round of the US Open in 2008, before claiming three major crowns and reaching world No 1 in 2016.