On this day in tennis history, a Yugoslavian riled the ever-tempestuous Grand Slam champion – with a mid-match sandwich. Find out how it happened. 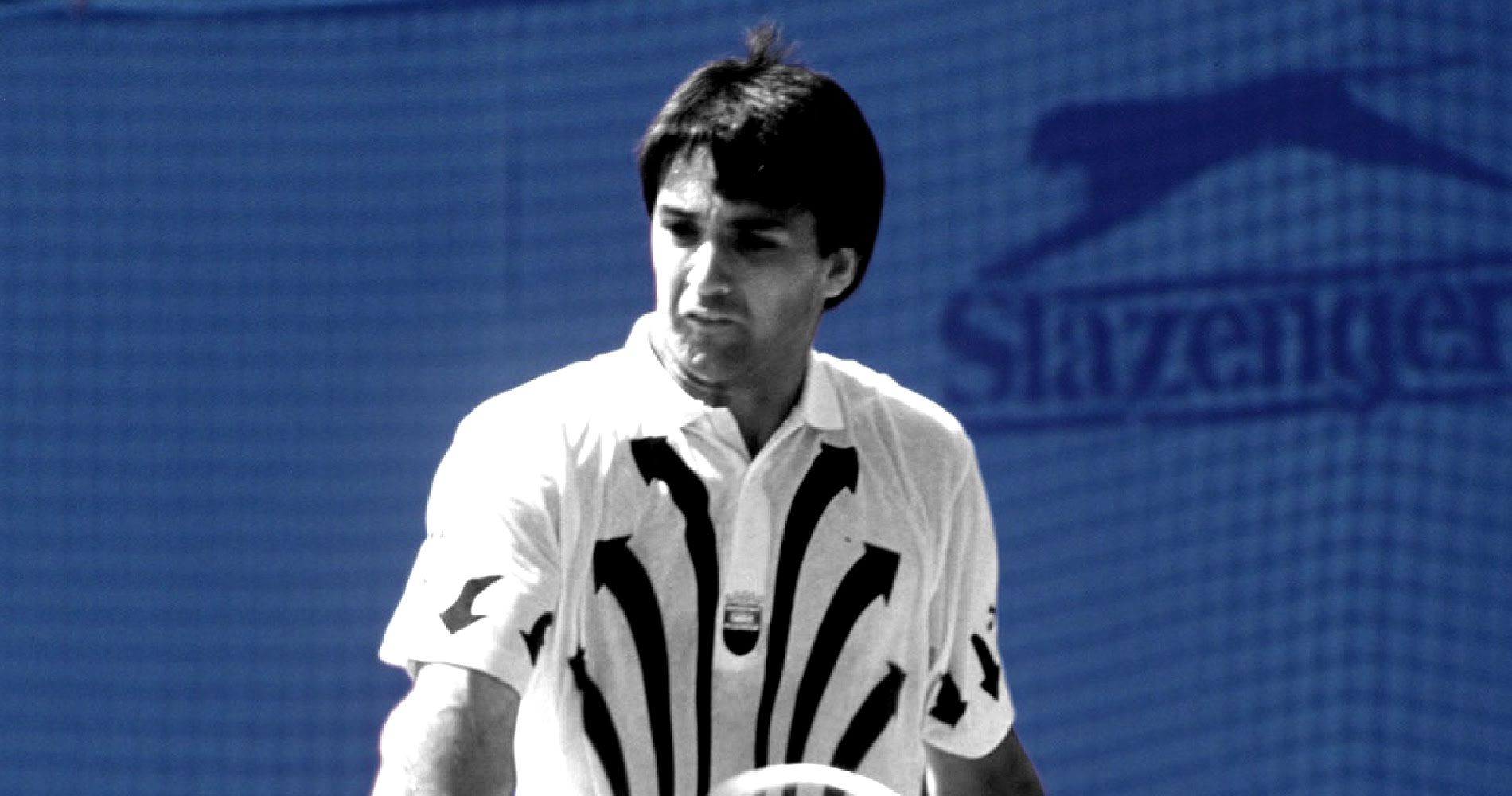 On this day, December 4, 1985, world No 66 Slobodan Zivojinovic from Yugoslavia upset John McEnroe in the quarter-finals of the Australian Open, still held on grass in Kooyong at the time. During his five-set win (2-6, 6-3, 1-6, 6-4, 6-0), 22-year old Zivojinovic gained the crowd’s sympathy as he sat down with the fans and munched on a sandwich while waiting for McEnroe to finish a long argument with the umpire. It was one of McEnroe’s last appearances before his six-month break in 1986. 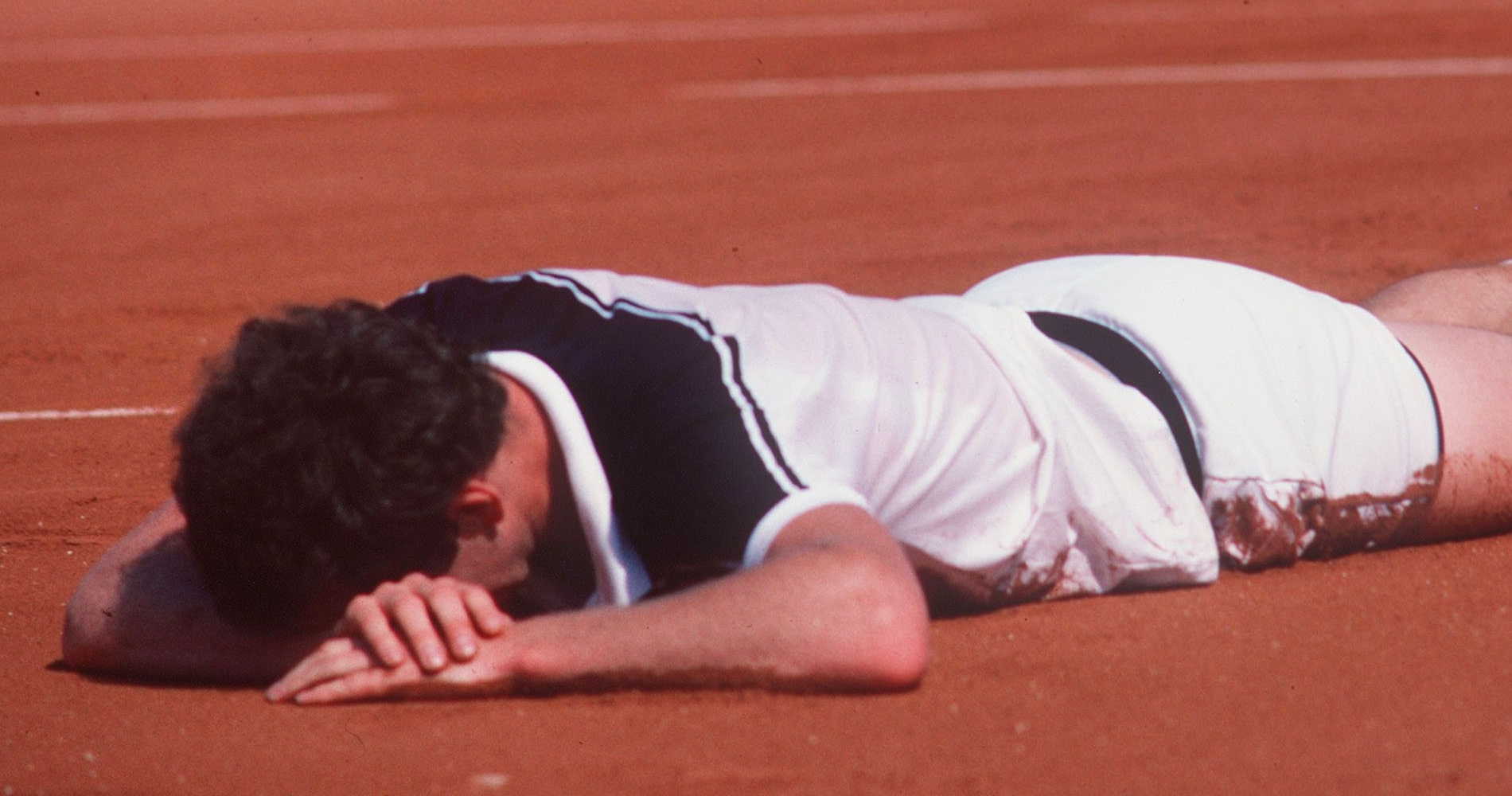 In 1985, McEnroe’s domination came to an end, although he was still world No 2 at the end of the year, having reached the final four at Roland-Garros (lost to Wilander, 6-1, 7-5, 7-5) and having finished runner-up to Lendl at Flushing Meadows (7-6, 6-3, 6-4). “Mac” was very talented, his game being based on precision and touch on top of an iconic and lethal serve. He was also known for his shocking on-court behaviour in the well-mannered world of tennis. He was sometimes vulgar and his constant quarrelling with the officials did not go unnoticed in a gentleman’s sport.

Unlike the other Grand Slam tournaments, the Australian Open (first known as the Australiasian Championships and, later, the Australian Championships) had moved several locations throughout the years. In fact, the event switched cities every year before it settled in Melbourne in 1972, and no less than five Australian cities had hosted the event at least three times: Melbourne, Sydney, Adelaide, Brisbane and Perth. The event was held on grass at the Kooyong Stadium, in an eastern suburb of Melbourne. Its timing had changed several times as well, between early December and January, going from being the first Grand Slam of the year to being the last. Until 1982, many of the best players skipped the Australian Open, because of the remoteness, the inconvenient dates (around Christmas and New Year’s Day) and the low prize money.

In December 1985, John McEnroe was on edge. Although his results in 1985 were far from being catastrophic, they paled in comparison to his 1984 season. “Mac” had not claimed a Grand Slam title, but what was more concerning than his results was the way he got beaten in major tournaments. In the Roland-Garros semi-finals, he was heavily defeated by Mats Wilander (7-5, 6-1, 6-1). At Wimbledon, where he had triumphed three times in the past four years, he was eliminated in the quarter-finals by Kevin Curren in straight sets (6-2, 6-2, 6-4), and Ivan Lendl outclassed him in the final at Flushing Meadows (7-6, 6-3, 6-4). 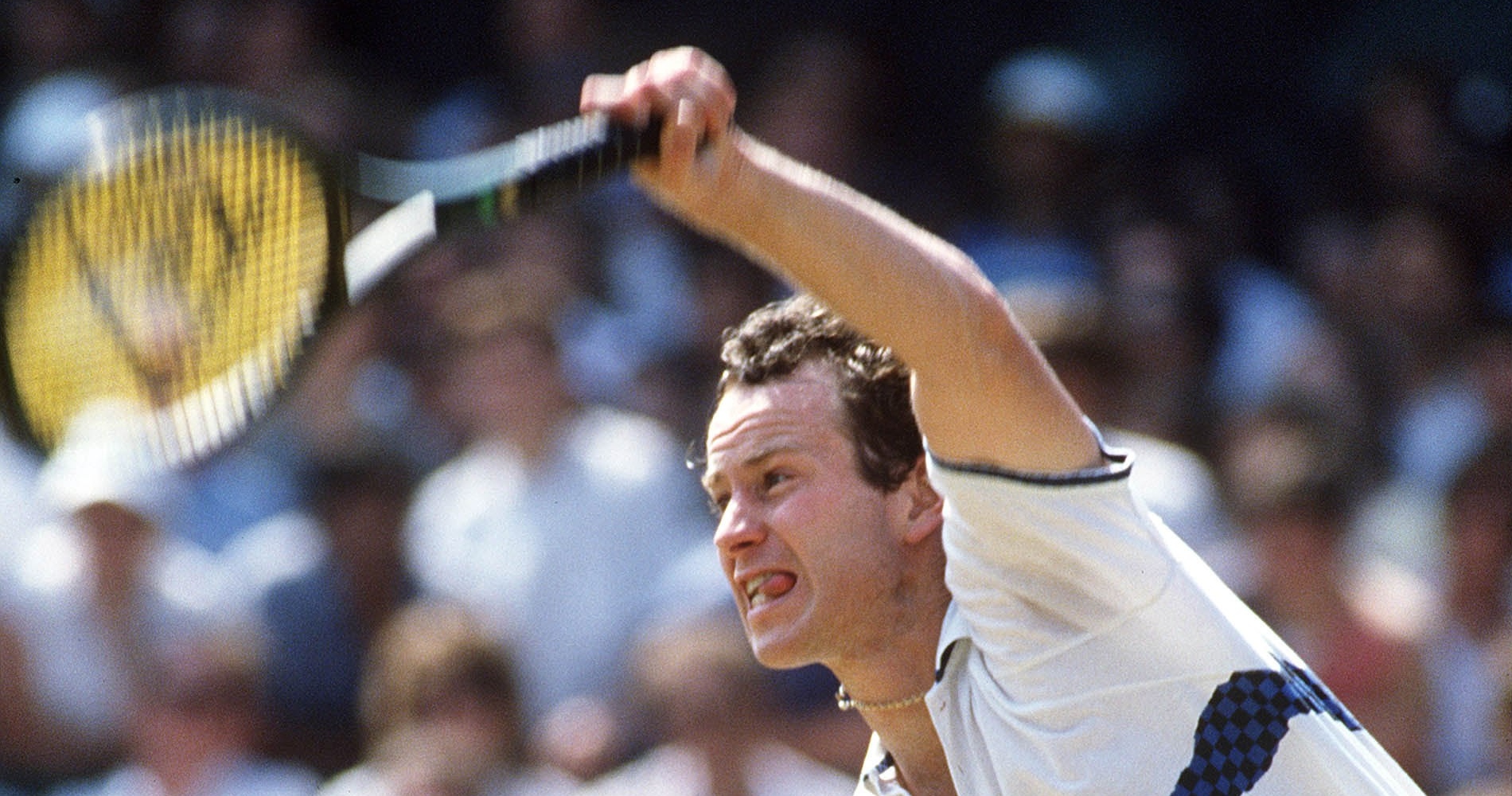 In Australia, he showed signs of tension from the first round, where he was unusually pushed to play four sets against world No 138 Danie Visser (6-4, 6-3, 3-6, 6-3). In the round of 16, McEnroe had to fight five sets to get rid of the French lefty Henri Leconte, a match where his behaviour earned him a heavy fine. He was now facing a 21-day ban from the tour.

His attitude didn’t improve during his quarter-final match against the big server from Yugoslavia, Slobodan Zivojinovic. Although the world No 2 managed to lead by two sets to one, the Yugoslavian – maybe because he was practising everyday with his doubles partner Boris Becker – seemed unusually comfortable when it came to returning McEnroe’s famous serve. In the fourth set, Zivojinovic broke McEnroe in the first game and led 2-0 when the American lefty started a lasting argument with the chair umpire, calling for the supervisor.

At that moment, Zivojinovic made one of the funniest moves in the tournament’s history. Fed up with waiting for McEnroe to resume the game, he sat down amongst fans in a private box, munching on a sandwich and getting a waiter to give him a glass of water. This gesture gained him the crowd’s support for the rest of the match, as well as McEnroe’s hatred.

Zivojinovic won the fourth set, 6-4, and in the last set, the world No 2 collapsed. Down 0-4, 30-40, McEnroe warned the Yugoslavian, who had had the audacity to play with the crowd to get them on his side: “You’re going to pay for this, I mean it.”

“You know how McEnroe is. Every match he tries to do the same things,” he said. “I just sat down.”

Asked about the last set’s incident, the Yugoslavian eluded the question. “He disappointed me, but he is a good guy and a good player,” he said.

“He was having an argument with the umpire, ranting on. I just put my feet up and had a sandwich in the middle of the court. I just joined some spectators and had a sandwich with them. I let him finish his performance. Of course, that pissed him off even more. It was nice that I beat him 6-0 in the fifth set.”

McEnroe would never win a Grand Slam title again. In 1986, mentally worn out, he would take a break from the tour to marry Tatum O’Neal. He would be back but “Mac” would never obtain the same remarkable results and would not reach any more Grand Slam finals. His last remarkable result before he retired from professional tennis would be reaching the 1992 Wimbledon semi-final (lost to Andre Agassi, 6-4 6-2 6-3). In total, McEnroe would hold seven Grand Slam titles and would have spent 170 weeks as world No 1.