Every day, Tennis Majors takes you back to one of the biggest moments in tennis history. On December 8, 1985, a 19-year-old Stefan Edberg upset world No 1 Ivan Lendl at the Australian Open to reach his first Grand Slam final. 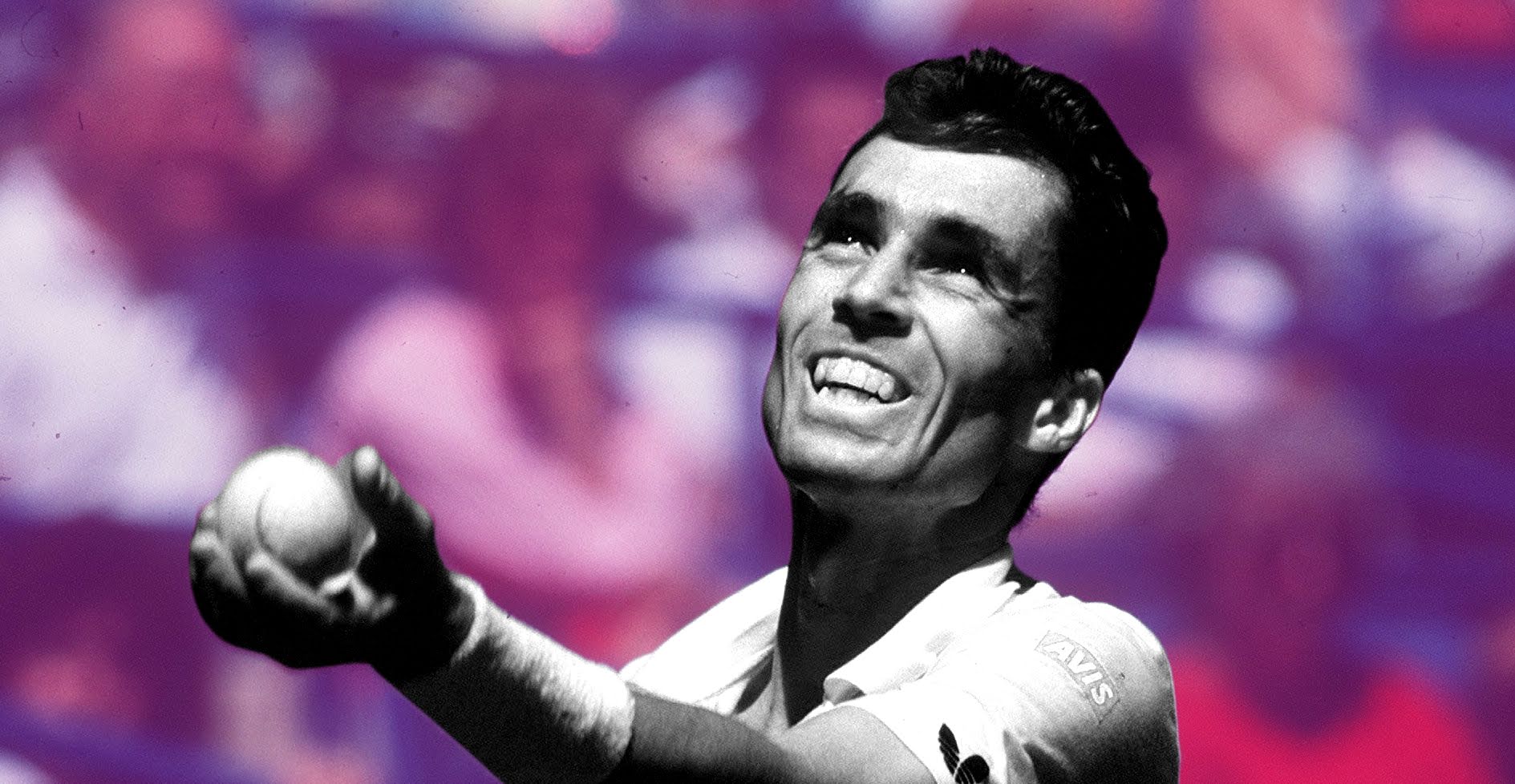 On this day, December 8, 1985, 19-year-old Stefan Edberg upset world No 1 Ivan Lendl in the semi-finals of the Australian Open (6-7, 7-5, 6-1, 4-6, 9-7). The Swede had never gone past the quarter-finals of a Grand Slam tournament before and had saved two match points in the fourth round against Wally Masur (6-7, 2-6, 7-6, 6-4, 6-2). In his press conference, Lendl, who had never triumphed in Melbourne, severely criticized the tournament, still held on Kooyong’s grass courts, saying he didn’t consider it to be a major tournament. 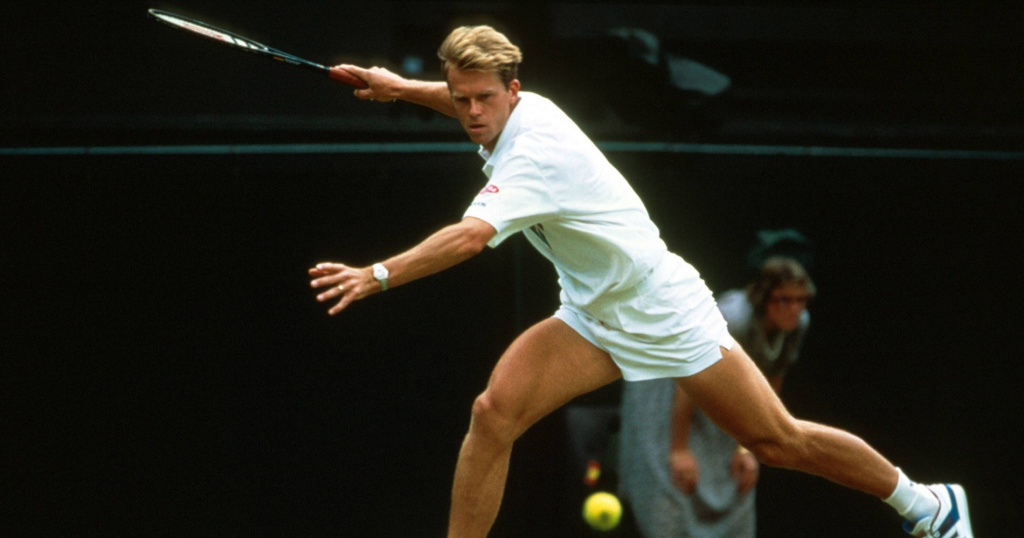 Stefan Edberg, unlike his famous countrymen Bjorn Borg and Mats Wilander, played serve-and-volley. Born in 1966, he was very successful in junior tournaments: in 1983, he achieved the junior Grand Slam, but he almost quit tennis the same year, at the age of 17, after one of his serves accidentally killed a line judge in New York. The Swede, who had bravely abandoned a two-handed backhand for a single-handed one at the age of 15, claimed his first professional title as soon as 1984, in Milan, defeating Mats Wilander in the final (6-4, 6-2). The same year, he reached the quarter-finals at the Australian Open, without beating any top 50 player (defeated by Wilander, 7-5, 6-3, 1-6, 6-4). In 1985, he added three new titles to his list of achievements (Memphis, San Francisco and Basel), and at the beginning of the Australian Open, which was still held in December at the time, he was world No 6. To establish himself as one of the best players in the world, he still needed a remarkable result in a Grand Slam tournament.

Born in 1960, Ivan Lendl set new standards in the baseline game, with a powerful topspin forehand that allowed him to play aggressively while staying extremely consistent, pushing his opponents into a very tough physical challenge. He also set new standards in work ethics, practicing more than anyone before, paying attention to his fitness and to his diet in a way which tennis players were not used to. After turning professional in 1978, he had stood as one of the four best players in the world since 1980, along with Bjorn Borg, John McEnroe and Jimmy Connors. Although he had won dozens of ATP tournaments, including the Grand Prix Masters in 1982 (defeating Vitas Gerulaitis, 6-7, 2-6, 7-6, 6-2, 6-4), he didn’t claim a Grand Slam title until 1984. In fact, he had been defeated four times in Grand Slam finals, once at Roland-Garros (in 1981, defeated by Borg), twice at the US Open (beaten by Connors in 1982 and 1983), and once at the Australian Open (lost to Wilander in 1983). In 1984, Lendl eventually triumphed at Roland-Garros, defeating McEnroe in an epic final in which he came back from two sets down to lift his first Grand Slam trophy (3-6, 2-6, 6-4, 7-5, 7-5). In 1985, he reached the final at the French Open (defeated once again by Wilander, 3-6, 6-4, 6-2, 6-2), but at the US Open, a few weeks after becoming world No 1 again, he claimed a second Grand Slam crown, beating McEnroe in the final (7-6, 6-3, 6-4). 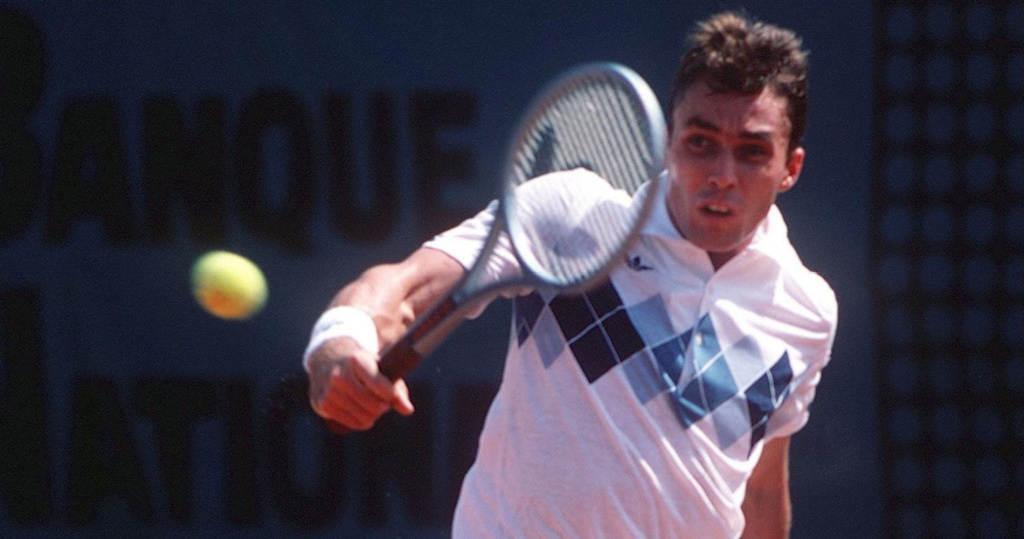 Unlike the other Grand Slam tournaments, The Australian Open (first known as the Australiasian Championships and, later, the Australian Championships) had moved between several locations throughout the years. In fact, the event switched cities every year before it settled in Melbourne in 1972, and no fewer than five Australian cities had hosted the event at least three times: Melbourne, Sydney, Adelaïde, Brisbane and Perth. The event was held on grass at the Kooyong Stadium, in an affluent eastern suburb of Melbourne. Its timing had changed several times as well, between early December and January, going from being the first Grand Slam of the year to being the last. Until 1982, many of the best players skipped the Australian Open, because of the remoteness, the inconvenient dates (around Christmas and New Year’s Day) and the low prize money: world No 1 Lendl, had attended the event only three times since the beginning of his career, in 1978.

The 1985 Australian Open semi-final between Lendl and Edberg had all the ingredients of a promising match: while the Czech had recently reclaimed the world No 1 spot and was starting his domination on the game (having won his 31 last matches), the Swede, aged 19, was a rising star chasing his first remarkable Grand Slam result. On top of that, they had opposite styles, Edberg playing a classic serve-and-volley game, while Lendl liked playing from the baseline.
Edberg had played five sets in the round of 16, coming back from two sets down and fighting off two match points against local player Wally Masur (6-7, 2-6, 7-6, 6-4, 6-2). His quarter-final match was easier, and, as the rain postponed his semi-final clash with Lendl to Saturday, he had fully recovered from his efforts.
There were no break opportunities in the first set, which ended with a tiebreak won by the more experienced player (7-3). Edberg was the first to break his opponent’s serve, at 5-5 in the second set, and, holding on to his serve, he levelled the match at one set all. Seizing the momentum, the Swede outclassed Lendl in the third set, which he won 6-1. At 4-4 in the fourth set, rain sent the players back to the locker room for almost two hours. When they resumed the game, Edberg was too slow to get back into the match, and Lendl won the set 6-4, pushing his young opponent into a deciding fifth set where he scored an early break. Yet, the Swede, proving that he was “made of the right stuff” (as his coach, Tony Pickard, would comment later), levelled the scores, and both players held their serves until 8-7, when Edberg finally broke Lendl to qualify for the first Grand Slam final of his young career.

After the match, although he praised his opponent and claimed that he’s given his best, a bitter Lendl, who had already been fined in the third round, made a few comments that were probably not appreciated by the tournament organizers. His main source of displeasure was the state of the grass courts, which had been criticized by many players that year, including Boris Becker, who, after his first-round loss to world No 188 Michiel Schapers, had declared: “The court is bumpy and not as firm as Wimbledon. When the conditions are that bad there is very little difference between the world’s fifth best player and one ranked 188.” The world No 1 was even more critical than the German. “I don’t call this a major championship,” he said, according to The New York Times. “I put it in the second class.”

The following day, Edberg defeated Wilander in the first-ever all-Swedish final in Grand Slam history (6-4, 6-3, 6-3), claiming the first of the six major crowns he would accumulate throughout his career. Edberg would become world No 1 on the 13th of August 1990, a spot he would hold for 72 weeks in total.
Despite his loss, Lendl would extend his domination on the tour, remaining on top of the ATP rankings for 157 consecutive weeks, missing Connors’ record of 160 by only three weeks. In total, the Czech would spend 270 weeks as world No 1, a record at the time. Lendl would finally triumph twice at the Australian Open, after the tournament moved to the hard courts of Flinders Park, now called Melbourne Park.
Suffering constant criticism, the Australian Open would have to leave its premises at Kooyong for a bigger venue to maintain its prestige. In 1988, the event would move to Flinders Park (later known as Melbourne Park), its Centre Court displaying the first retractable roof in Grand Slam history.