Tennis Majors > Our features > February 16, 1926: The day Suzanne Lenglen beat Helen Wills in the Match of the Century

February 16, 1926: The day Suzanne Lenglen beat Helen Wills in the Match of the Century

Every day, Tennis Majors looks back at the biggest moments in tennis history. On February 16, 1926, Suzanne Lenglen beat Helen Wills in the Match of the Century 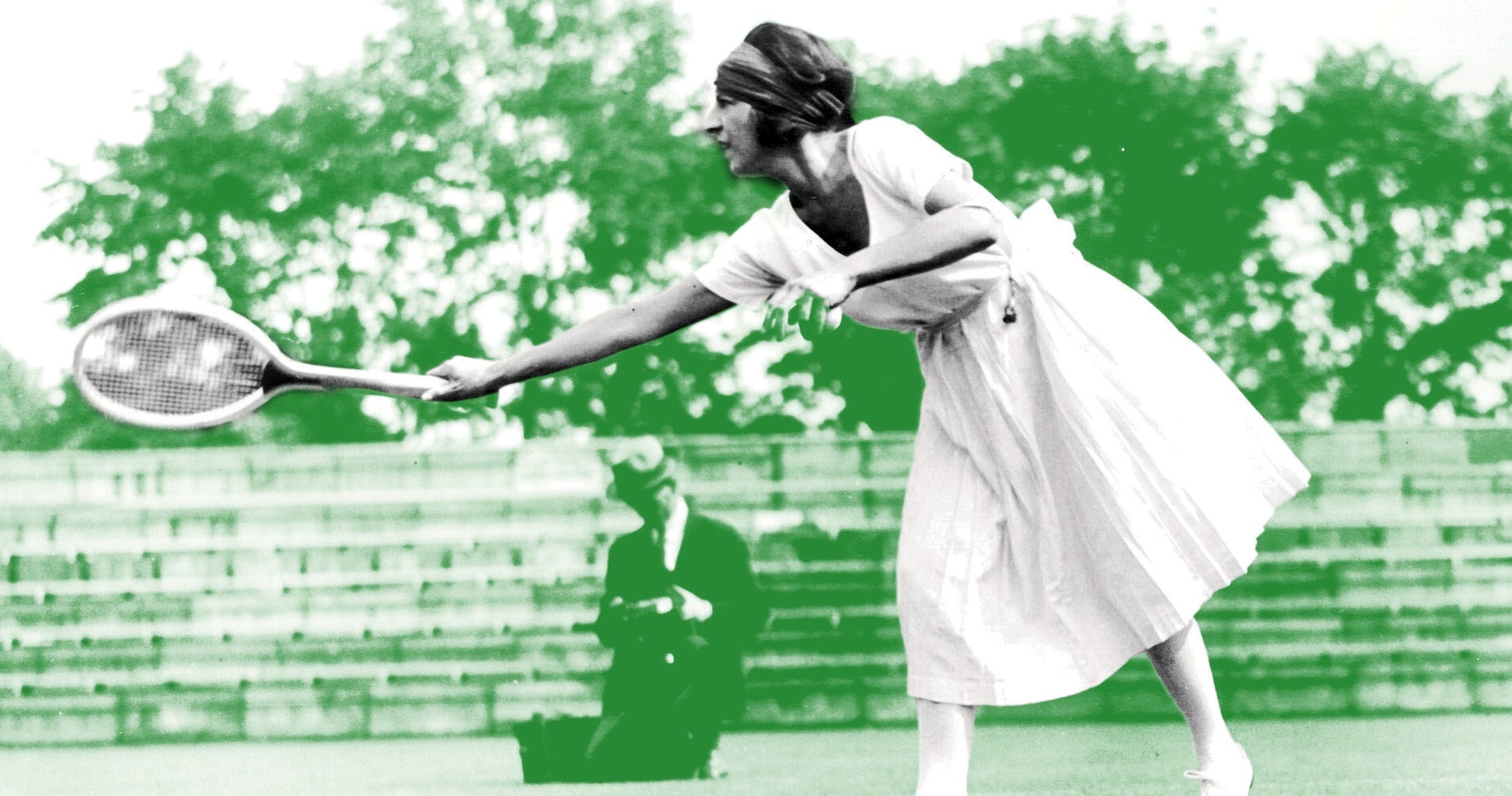 On this day, February 16, 1926, in one of the most awaited and famous tennis matches of the first half of the 20th century, called “The Match of the Century” by the press, French legend Suzanne Lenglen defeated the American star, Helen Wills, in the final of the Carlton, in Cannes (6-3, 8-6). The two women, who were both almost undefeated in the past years, had never faced each other before, and would never again.

Suzanne Lenglen, born in 1899, was the first woman to become a sports legend before her career had even ended. Six-time Wimbledon champion between 1919 and 1925, she also triumphed five times at the French Championships, which were still held at the Stade Français. Thanks to her elegant style of play, she was nicknamed “La Divine” (“The Goddess”) by the French press, and she had the reputation to be almost unbeatable: since the end of World War 1, she had only lost once, by retirement, to Molla Mallory, at the 1921 US Championships.
Helen Wills, also known in history books as Wills-Moody, was born in 1905 and she was the first American-born woman to achieve celebrity as an athlete. Wills started playing tennis at the age of 8, and she obtained her first remarkable result in 1921, winning the California State Championships. From 1923 to 1925, she claimed three consecutive titles at the US Nationals (who would later become the US Open), while attending the University of Berkeley on an academic scholarship. Wills graduated in 1925, and the following year, she started competing internationally.

The “Match of the Century” was held at the Carlton Club, a luxury hotel located in Cannes, on the French Riviera.

In February 1926, as soon as Helen Wills decided to compete at the Carlton Club tournament, in Cannes, the hype started to grow: finally, the meeting between the American rising star and the French absolute legend, Suzanne Lenglen, was going to happen.
Since Wills had won the US Championships, in 1923, the world of tennis was waiting for her to face Lenglen, as she was seen as the only player capable of challenging “The Goddess”. Her stardom grew even bigger in 1924, when she claimed the gold medal at the Olympic Gales. However, Wills did not travel often to Europe before 1925, as she was still studying at university, and for almost three years, the two best female players in the world avoided each other’s path.
56 players entered the draw of the Carlton Tournament. Lenglen and Wills were intentionally placed on opposite sides of the draw to ensure the only match in which they could meet would be the final. In the three first rounds, neither Lenglen nor Wills did lose a single game, and they both reached the final without any trouble to set the long-awaited clash on February, 16.
The main court stand did not have the capacity to host the number of people interested in seeing the Match of the Century, and workers had to come after the semi-finals to construct a secondary set of bleachers. Tickets were sold out, although they were six times more expensive than tickets for the U.S. National Championship men’s singles final. A Russian grand duke, the Swedish king, and an Indian rajah were among the 6,000 spectators attending the event.
The challenge faced by Helen Wills was tremendous – Lenglen had not been defeated in her last 181 matches. The American put up a big fight, and she gave “The Goddess” a much harder time than many experts had observed. On several occasions, Lenglen had to take a sip of cognac, her trademark drink in desperate times, but in the end, the Frenchwoman prevailed, 6-3, 8-6, showing great mental strength at the end of the second set. In fact, she obtained a first match point at 6-5, and she thought she had won when Wills’ forehand was called out, but it soon appeared that the call had been made by a spectator. The point was replayed and Lenglen lost the game; however, she remained in control and sealed the match two games later.

Everyone thought this would be the first of many encounters between these two amazing players. Lenglen had proved the better player, but Wills had proved that she was definitely capable of pushing her to her limits.
However, they would never face each other again.
They would both attend the French Open a few months later, but Helen Wills would suffer an emergency appendectomy after the second round. She wouldn’t play in another major in 1926. Suzanne Lenglen would go on and win the French Open, her last major title. The French legend would then turn pro and thus become unable to attend any other Grand Slam events.
In her entire career, until 1938, Wills would win 19 major tournaments out of the 24 she would attend. In 1933, she participated in an early version of the Battle of Sexes, defeating Phil Neer, the eighth-ranked American male player, 6–3, 6–4.
In 1938, shortly after her last title at Wimbledon, she would retire from the game after her right hand was bitten by a dog.