Home > Our features > Interviews > Drouet, coach on the WTA Tour : “We can’t organize anything”

Drouet, coach on the WTA Tour : “We can’t organize anything”

Thomas Drouet flew from to Dubai to Los Angeles and then drive to Indian Wells just to learn that the tournament was cancelled. 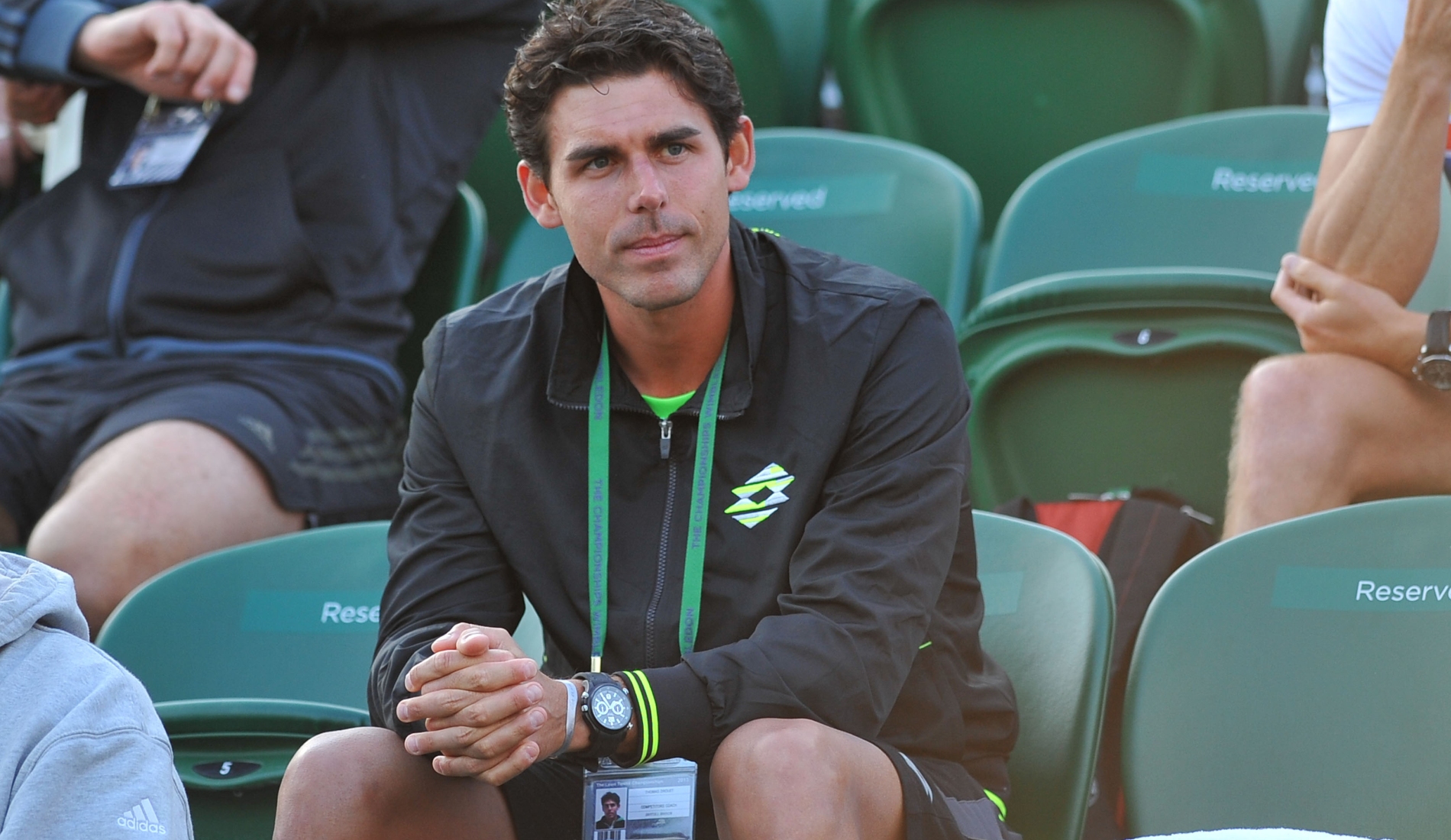 The French coach Thomas Drouet and his Chinese player Wang Qiang were doing their hotel check-in on Sunday evening when they received very unexpected news. “She received a message, and I saw her face turning livid as it was saying the tournament was cancelled. We thought it was a joke!” They’d have loved for it to be one, but it wasn’t.

After 16 hours of flight from Dubai to Los Angeles and then a two-hour drive to Indian Wells, they understood the scale of that tennis disaster. “We were in Dubai for the Fed Cup, as it was cancelled from China and put in Dubai, and we were also lucky there was no case in our hotel or we’d have been like the cyclists quarantined in their rooms. But if we had received the Indian News a few hours earlier, we’d have just got back to France, six hours of flight and it was over.”

Drouet : “Not everything will be in the Tour’s hands”

On Monday early afternoon, Drouet was in the WTA meeting where the CEO Steve Simon tried to answer everybody’s questions and give as much information as he was able to gather. “He told us that on Saturday night when he got to sleep, the tournament was still happening. But there was a case of contamination on Sunday morning and here you go…” As far as the rest of the season is concerned, for now, there’s no news of any other cancellation, but not everything will be in the Tour’s hands. “For now, no other tournament has been cancelled as they’ve told us. They’re also thinking about playing the tournaments behind closed doors like the football is doing in Europe. For Miami, we’ve been told the tournament will go as planned unless the authorities of the city forbid it.”

Curieous what is going to happen with the 125K in Guadalajara and @MiamiOpen Hope @WTA doesnt keep players around for the next weeks to cancel again 1 day before tournament starts. Hope we get clear answers on it soon. Health comes first. Always.

In his very blurry situation, Drouet and Wang have decided to go back to the South of France where the coach lives and to train in Monte-Carlo. “They’re totally overwhelmed”, he told us about the tennis instances. “The issue with tennis is that it’s all set up in legs: we’re not playing ten tournaments in the same country or city. Steve Simon told us they were doing everything to make tournaments like Madrid and Rome happen, but they can’t guarantee that you’ll be able to go from Madrid to Rome as it doesn’t depend on them. If borders are closed, if there are bans, then in the facts the tournaments will be cancelled. And even inside the US now: who tells me tomorrow, they’re not going to decide that people from California aren’t allowed to go to Florida?”

And so Drouet and Wang are getting out of here this Tuesday. “We’re going to practice in Monte-Carlo where the conditions are perfect to train and where the cost is less high than staying in the US now. And for her it’s better : she’s not going to be alone somewhere, she’s going to be home with my family so it also helps to deal with the situation. She wasn’t going to go back to China…” If they had wanted to stay in Indian Wells, it’d have been possible as the event has taken hospitality decisions for the players and their staff. “Players in Indian Wells can stay until March 16th if they want to: the hotel is paid, same for the food and everything on-site. They can practice as usual.”

Statement from the Miami Open. pic.twitter.com/kj6aDOmMwV

As everybody is trying to figure out what to do with this situation, we’ve also heard that some players were thinking about suing the tournament for the loss of earnings. That’s also maybe why there are now talks about giving players their first-round prize money (18 000$) and/or financial compensation for the travel money lost.

Was this fear of liability also one of the reasons for cancelling the tournament? Larry Ellison, the billionaire owner of the tournament, might haven’t been fan of taking the risk of being responsible in case of the cases spreading inside of the stadium, with serious health issues for everybody involved. Same for the title sponsor BNP Paribas: was it a good operation for its image to be associated with the virus and all its consequences? Questions remain about who really pulled the trigger but in the end, it doesn’t change anything regarding the rough situation players are now confronted to.

“We have no power on anything right now, but we’re lucky to be healthy”

As for Drouet, he hasn’t felt any growing fear among players regarding the virus. “No, not all. Players were more concerned about their prize money actually…” And about what to do and where to go next. The tennis season is usually such an organized thing with all the dates of travel set in advance, all the training camps places a flight away. Now, everything is a bit of a mess. “We can’t organize anything”, explains Drouet. “We can’t, because the situation is evolving daily. It’s hard for the WTA to tell us to do anything as nobody knows what the next day will bring. It’s not easy.” Drouet also knows that the whole economy of the Tour could be soon in jeopardy too. “Larry Ellison is going to lose between 25 and 40 million dollars because of this”, he says. So imagine for those who don’t have Ellison’s deep pockets! 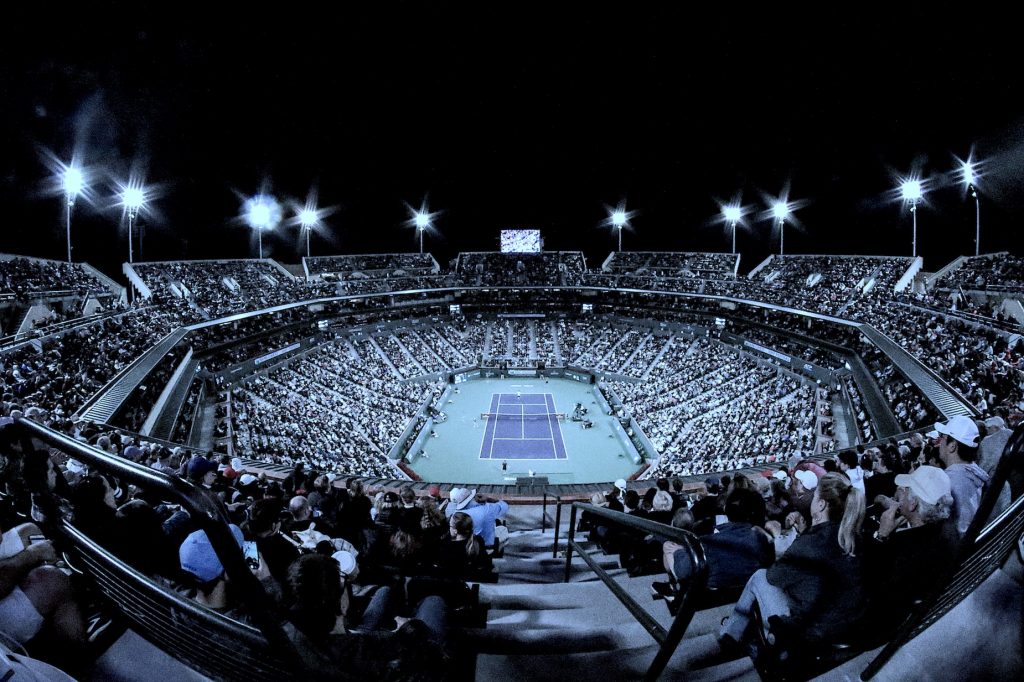 “We have no power on anything right now, but we’re lucky to be healthy. Our job is usually full of uncertainties but right now it’s next level ! The fires in Australia, now that virus, what a year !”: Thomas Drouet tries to laugh a bit about the situation they’re all in now and to keep perspective. Some people are fighting for their lives around the world when the tennis world is just fighting to go on playing.