Every day, Tennis Majors looks back at the biggest moments in tennis history. On January 16, 2013, Maria Sharapova dished out a second consecutive double bagel at the Australian Open. 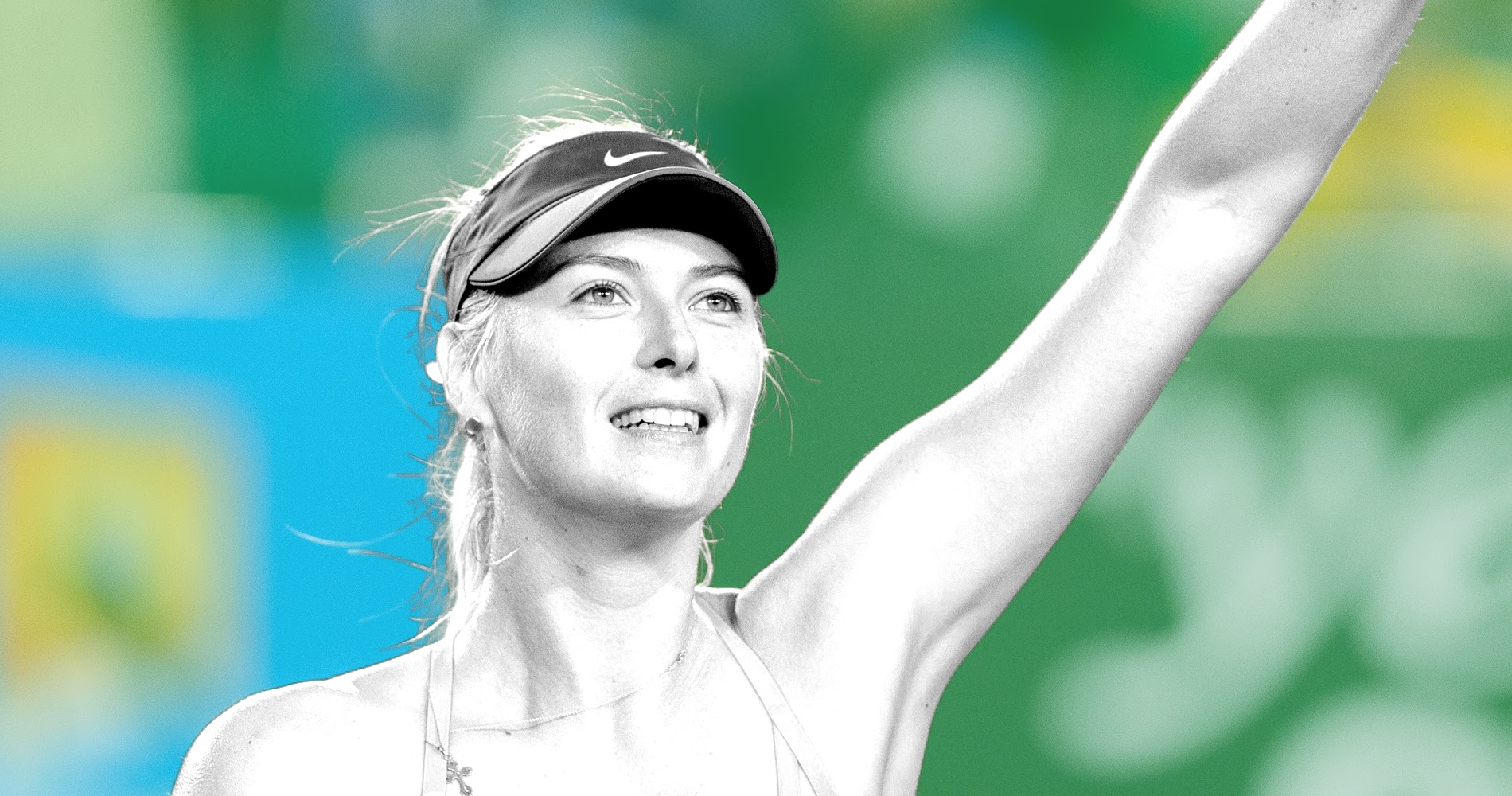 On this day, January 16, 2013, by defeating Misaki Doi 6-0, 6-0, in the Australian Open second round, Maria Sharapova, who had already won her second-round match without dropping a game, completed a very rare “double double bagel”. No player had achieved that feat in a Grand Slam tournament since Wendy Turnbull, in Melbourne, in 1985. The Russian would then blast through her part of the draw, dropping only nine games in five matches, before losing to Li Na in the semi-finals (6-2, 6-2). 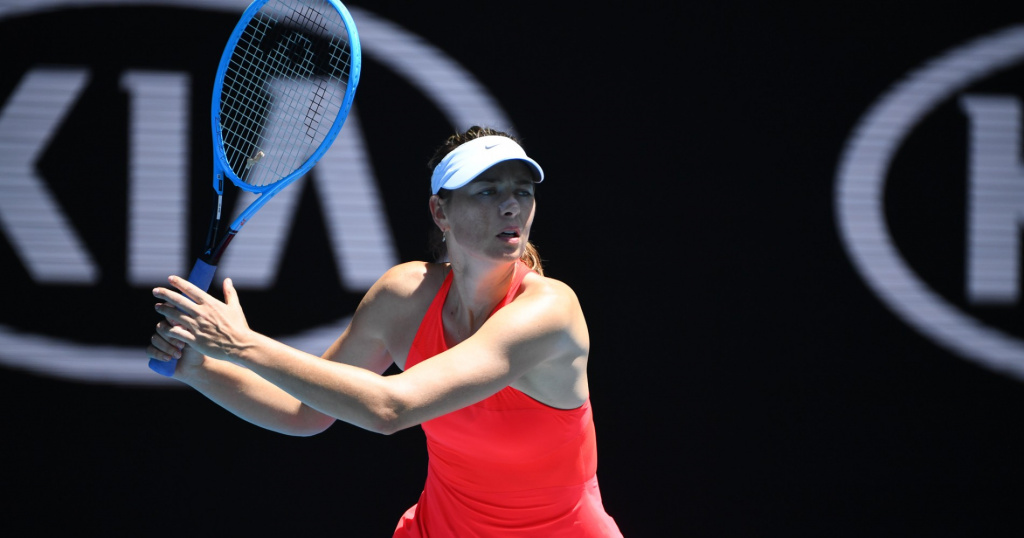 Maria Sharapova was born in 1987 in Belarus, but she started playing tennis as a young child in Sochi, where her parents had moved after the Chernobyl disaster. Her father, Yuri, took her to Florida when she was only seven years old to give her the best chance to become a professional tennis player. This happened quickly, as young Sharapova turned pro at the age of 14, and after a year on the tour, she was already inside the top 200. In her early career, Maria Sharapova was often compared to Anna Kournikova: both players were Russian, they were both successful and famous at a very young age, and they also shared a similar physical appearance, being both tall and blonde. Young Maria always dismissed the comparison, as Kournikova had never claimed a professional singles title and, through the years, had become more of a model than a tennis player, a turn of career that Sharapova was not interested in. In 2003, she claimed her two first WTA titles, in Tokyo and Québec, finishing the year as world No 32. In 2004, she became the fourth-youngest Grand Slam champion of the Open Era when she triumphed at Wimbledon, defeating Serena Williams in the final (6-1, 6-4), and, claiming four other titles, she finished the year as world No 5. In 2005, after she reached the semi-finals at both the Australian Open and Wimbledon, she became the first Russian female player to reach world No 1, on August 22. She claimed a second Grand Slam crown at the US Open in 2006, defeating Justine Henin in the final (6-4, 6-4). In 2007, after she finished runner-up to Serena Williams at the Australian Open (6-1, 6-2), Sharapova, struggling with shoulder pain, only claimed one title (in San Diego, defeating Patty Schnyder in the final (6-3, 2-6, 6-0), but in 2008, she triumphed at Melbourne Park, defeating Ana Ivanovic in the final. Unfortunately, her injury reoccurred and ruined the rest of her season. She only came back to the top in 2011, reaching the final at Wimbledon and finishing the year as world No 4, and in 2012, she achieved the career Grand Slam after she defeated Sara Errani in the Roland-Garros final (6-3, 6-2). At the start of 2013, she was world No 2.

Unlike the other Grand Slam tournaments, The Australian Open (first known as the Australasian Championships and, later, the Australian Championships) had moved locations several times over the years. In fact, the event switched cities every year before it settled in Melbourne in 1972, and no fewer than five Australian cities had hosted the event at least three times: Melbourne, Sydney, Adelaide, Brisbane and Perth. The event was held on grass at the Kooyong Stadium, in a wealthy eastern suburb of Melbourne. Its timing had changed several times as well, between early December and January, going from being the first Grand Slam of the year to being the last. In the 1980s, the tournament’s Board made big efforts to become as prestigious as the other Grand Slams, which ended up with the event moving to a new location in 1988, at Flinders Park (later known as Melbourne Park), switching from grass to hard courts, and displaying the first-ever centre court equipped with a retractable roof. Prizes increased as well, and it wasn’t long before the tournament became many players’ favourite Grand Slam. 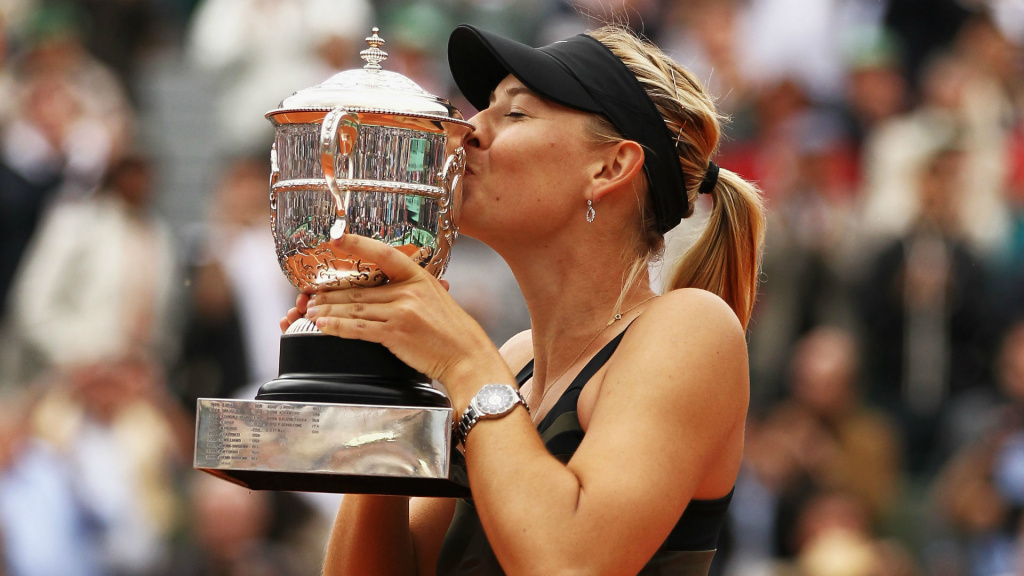 Maria Sharapova started 2013 with great ambition. After a few years of struggle with a recurring shoulder injury, she had come back to the top in 2011, and, after having completed the career Grand Slam, she was now competing for world No 1 with Victoria Azarenka and Serena Williams. In the first round of the Australian Open, she had set high standards, blanking fellow Russian Olga Puchkova (6-0, 6-0). In the second round, she was the heavy favourite against Doi, from Japan, world No 92, who had defeated Petra Martic in the first round (6-3, 6-4). However, it was still a surprise to see her giving a second double bagel in a row: in 47 minutes, the Russian swept her opponent off court. She was the first player since Wendy Turnbull, at the 1985 Australian Open, to achieve a “double double bagel” in a major event, but she didn’t seem to give much importance to that rare feat.

“It’s not really the statistic I want to be known for. I want to be known for winning Grand Slam titles, not that I won two matches 6-0, 6-0,” she said, according to ndtvsports.com. “You know, I’m just happy that I won the match and I get to go through and I’m in the next round. (…) I didn’t know too much about my opponent; just knew she was a few inches shorter than I was. But it’s always tough, especially when you’re up a set and a couple of breaks, to keep that momentum. I really forced myself to concentrate and just get the job done today. Without looking at the scoreboard, I don’t want anyone to know what score it is on the scoreboard just by looking at my face or my attitude. I try to play every single point like I really need to win it.”

In the third round, she was to face Venus Williams, now ranked No 25, but former world No 1 and seven-time Grand Slam champion. It was very unlikely that she would give her another double bagel.

Maria Sharapova wouldn’t blank Venus Williams, but she would still defeat her heavily, 6-1, 6-3. The Russian would then easily make her way into the semi-finals, destroying Kirsten Flipkens in the fourth round (6-1, 6-0) and Ekaterina Makarova in the quarter-finals (6-2, 6-2). It would then be her turn to suffer a heavy loss against Li Na (6-2, 6-2).
Sharapova would claim one more Grand Slam title, edging Simona Halep in the 2014 Roland-Garros final (6-4, 6-7, 6-4). In 2016, Sharapova would fail a drugs test and she would be suspended for 15 months. Although she would try to come back in 2017, and climbing back as high as No 25, she would not achieve any more remarkable results other than reaching the quarter-finals at the 2018 French Open. She would retire in 2020.
Misaki Doi would climb as high as world No 30, in 2016. She would hold three WTA titles, the most important one being the 2015 Luxembourg Open, where she would defeat Mona Barthel in the final (6-4, 6-7, 6-0).