Every day, Tennis Majors looks back at some of the biggest moments in tennis history. On January 23, 1988, Steffi Graf beat Chris Evert in the first ever indoor Australian Open final 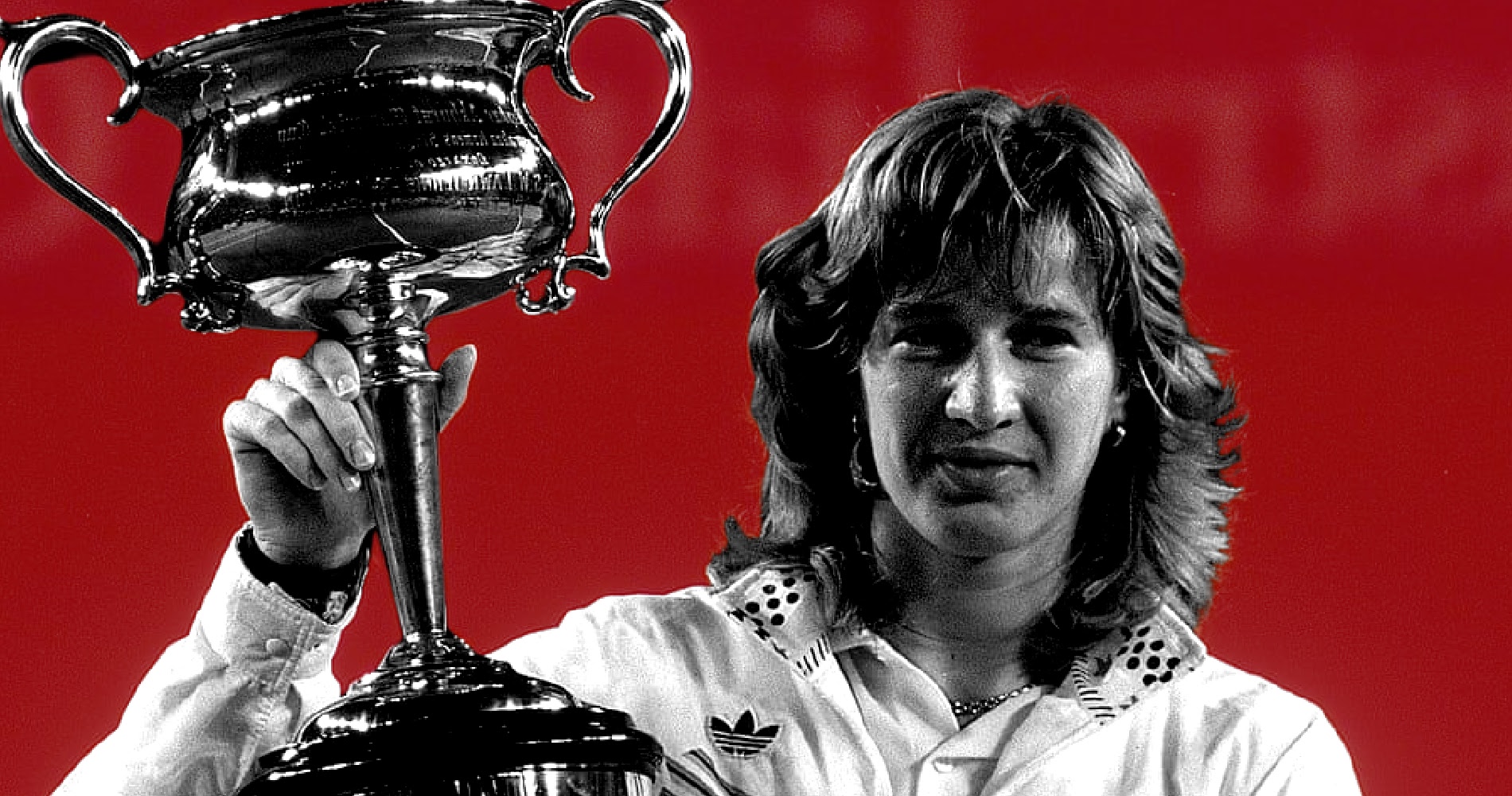 On this day, January 23, 1988, at the Australian Open, Steffi Graf defeated Chris Evert (6-1, 7-6), in a final that would live in tennis history for at least three reasons. Not only was this the first Grand Slam final ever played indoors, under the brand-new retractable roof of the new Flinders Park venue, but it was also the last appearance of the great Evert in a major final as well as Steffi’s first step towards the Golden Grand Slam.

Steffi Graf was born in 1969. In 1982, at the age of 13, she became the youngest girl to ever get a WTA ranking. After winning the demonstration event held at the Los Angeles Olympics in 1984, she consistently improved her game and her results. She reached the semi-finals at the 1985 US Open, at the age of 16, defeated by world No 1 Martina Navratilova (6-2, 6-3). In 1986, she claimed her first title at Hilton Head, before getting to the US Open semi-finals for a second time. Closely monitored by her father, her breakthrough year was in 1987, when she lifted her first Grand Slam trophy, edging Navratilova in the final at Roland-Garros (6-4, 4-6, 8-6), and finishing runner-up to Navratilova at both Wimbledon and at the US Open. On August 17, she even took the top WTA ranking from the American, who had held it with little interruption since 1982, and in January 1988, she was the world No 1. 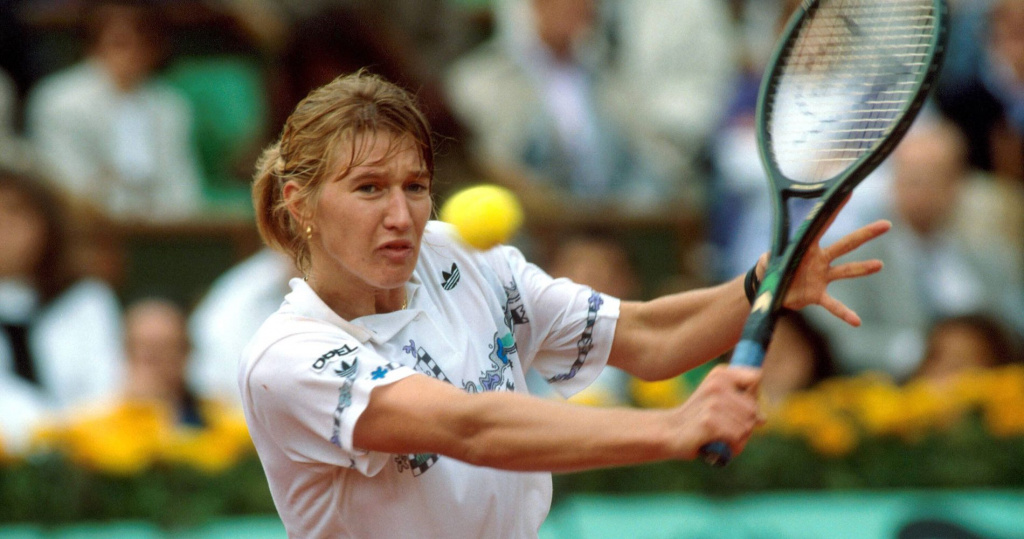 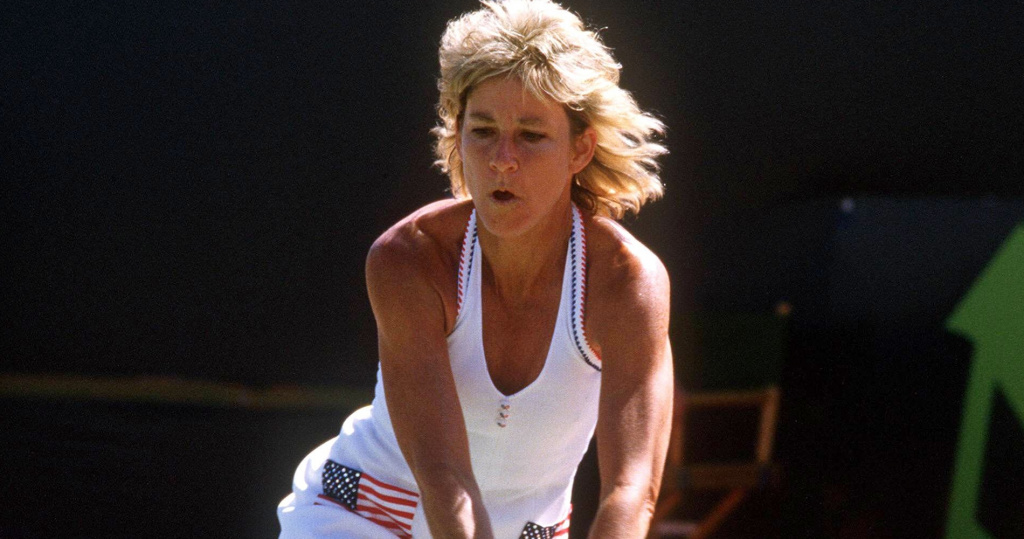 Unlike the other Grand Slam tournaments, The Australian Open (first known as the Australasian Championships and, later, the Australian Championships) had changed locations several times over the years. In fact, the event switched cities every year before it settled in Melbourne in 1972, and no fewer than five Australian cities had hosted the event at least three times: Melbourne, Sydney, Adelaide, Brisbane and Perth. The event was held on grass at the Kooyong Stadium, in a wealthy eastern suburb of Melbourne. Its timing had changed several times as well, between early December and January, going from being the first Grand Slam of the year to being the last. Until 1982, many of the best players skipped the Australian Open, mainly because of the remoteness, and the low prize money, but then, with the triumph of Mats Wilander, the dynamic changed. The tournament’s board made big efforts to become as prestigious as the other Grand Slams, which ended up with the event moving to a new location in 1988, at Flinders Park (later known as Melbourne Park), switching from grass to hard courts, and displaying the first-ever centre court equipped with a retractable roof.

In January 1988, the Australian Open was held for the first time at Flinders Park, on hard courts, having moved from Kooyong and its grass-courts.
Graf was only 18 years old, but she was already world No 1. She had already claimed a Grand Slam title in 1987, at Roland-Garros, and she had participated in the last three major finals. Her main rival for the Australian Open title was thought to be Navratilova, who had defeated her at both Wimbledon and the US Open, but the great serve-and-volley player was beaten in the semi-finals by her forever rival, Chris Evert.
In this context, Graf, who had not lost one set on her way to the final, was the heavy favourite. She had won her four last encounters with Evert without dropping a set and she hadn’t lost against the Ice Maiden since February 1986.
At 2-1 for the German in the first set, the final was interrupted by rain, and organisers decided to close the revolutionary retractable roof of their brand-new centre court. For the first time in tennis history, a Grand Slam final was played indoors, which seemed to favour Graf, who took the first set 6-1, losing only five points.
In the second set, Evert found her rhythm and pushed her opponent to a tiebreak, but, overwhelmed by Graf’s deep forehands, she was defeated 6-1, 7-6. The 18-year-old Steffi Graf, the first German to ever triumph at the Australian Open, now held a second Grand Slam title.

The Australian Open victory would be remembered as Graf’s first step towards one of the most remarkable achievements in tennis history: the Golden Grand Slam. In 1988, the German would not only triumph in all four Grand Slam tournaments, but she would claim the Olympic Gold on top of that. She would hold the world No 1 ranking without interruption until Monica Seles took it from her in 1991. After Seles’s stabbing in 1993, Graf would recover the top spot until 1997, setting a new record of 377 weeks spent as world No 1. By winning the 1995 US Open, she would become the only woman to win each of the four Grand Slam titles at least four times. When she retired, in 1999, soon after claiming her last major crown at Roland-Garros, she had won the amazing total of 22 Grand Slam singles titles.
Chris Evert would never appear in another Grand Slam final. She would retire from professional tennis less than two years later, at the end of 1989, finishing her career with a win over a young Conchita Martinez (6-3, 6-2), in the final of the Fed Cup. 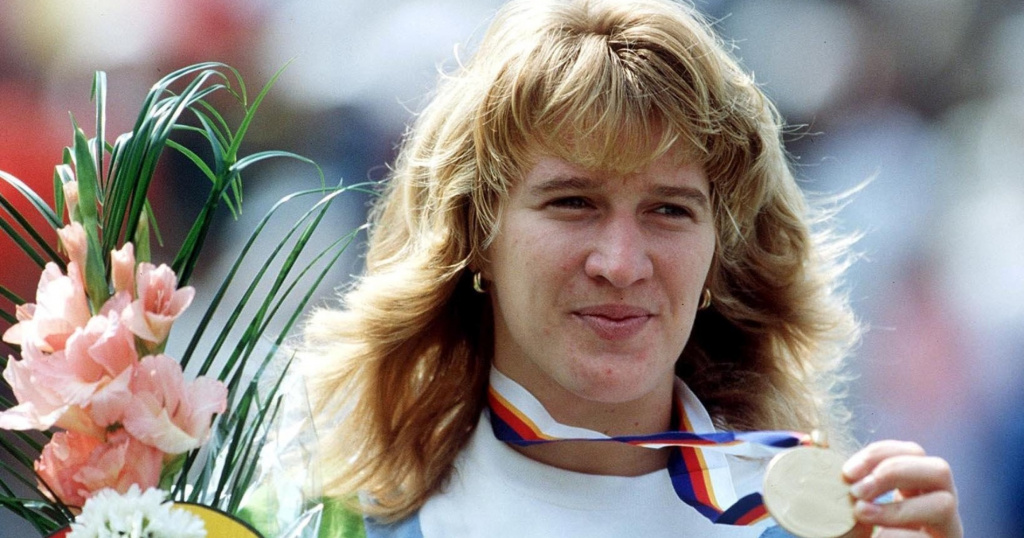