Every day, Tennis Majors takes you back in time to relive a tennis event which happened on this specific day. On June 12, 1983, Billie Jean King created a record that stands to this date 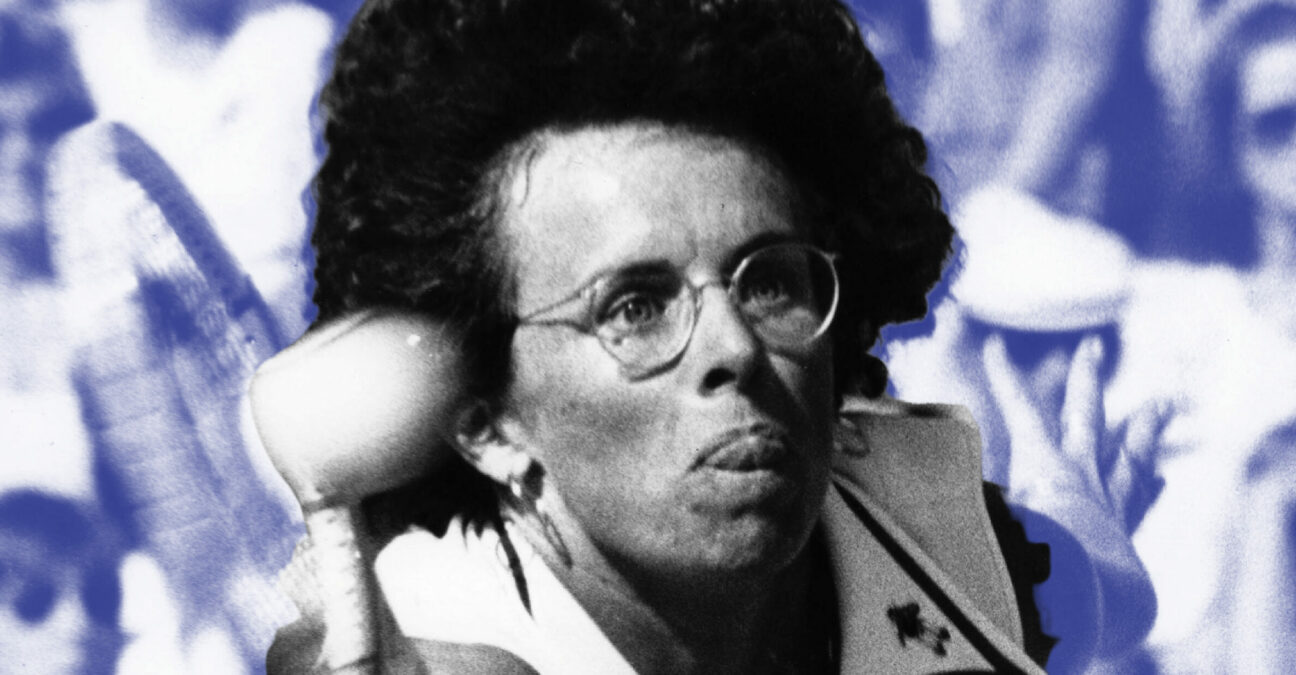 On this day, June 12, 1983, 39-year-old Billie Jean King became the oldest player to ever win a WTA singles title, defeating Alycia Moulton (6-0, 7-5) in the final of the Edgbaston Cup, in Birmingham. A few months after this incredible accomplishment, King, who was still ranked No. 10 in the WTA rankings, retired from professional tennis.

Billie-Jean King, born 1943, was considered one of the greatest tennis players of all time, not only due to her exceptional results, but also due to her role in the development of the women’s tour and women’s tennis. She won a total of 12 Grand Slam singles titles between 1966 and 1974, and 27 more in doubles. She created the Women’s Tennis Association (WTA) , the first body to represent the interest of female tennis players. She was also a key player in the creation of the first women’s tennis circuit sponsored by tobacco brand Virginia Slims. The first female player in tennis history to earn more than $100,000 in one year (1971), she was also famous for participating and winning the extremely popular “Battle of the Sexes” against Bobby Riggs, in 1973.

Read also
September 20, 1973: The Battle of the Sexes
Tennis Majors

In May 1981, driven by the circumstances, King became the first prominent professional female athlete to publicly come out, after her former secretary filed a palimony case against her, claiming they had an affair for several years. Despite her lawyer’s fears, reactions in the American press were largely positive, mainly praising her bravery and her honesty. She also received strong support from her fellow tennis players. In 1983, she was 39 years old and, although she was still a top doubles player, she was no longer one of the best singles players: the last time she reached a Grand Slam final was in 1975. Nonetheless, she was still ranked No 10 in the world in singles.

The place: the grass-courts of Birmingham

The Edgbaston Cup was established in 1982, in Birmingham. It was one of the few grass courts tournaments held between Roland-Garros and Wimbledon, which were only two weeks apart at the time. Its trophy, the Edgbaston Cup, was the original Wimbledon women’s trophy, won in 1884 by Maud Watson.

The facts: King wins in straight sets over an error-prone Moulton

In June 1983, Billie Jean King, aged 39, was not the dominant player she was a decade earlier. King, considered as one of the greatest players of all-time, hadn’t reached a Grand Slam final since 1975. However, still ranked No 10, she was not to be underestimated: in 1982, she had still reached the semi-finals at Wimbledon and the quarter-finals at the Australian Open, defeated both times by Chris Evert. In Birmingham, she was the top seed, and she reached the final without dropping a single set.

On the day of the final, she faced world No 42, Alycia Moulton, who had taken advantage of the default of Zina Garrison, the No 2 seed, in the semi-finals (5-0, ret.). Although King was 18 years older than her opponent, she easily dominated the first set and won it 6-0. The second set was a bit closer, but Moulton finally double-faulted to give away the break that sealed her fate in only 58 minutes (6-0, 7-5). KIng lost only 13 points on her serve in the entire match.

‘I’m quite depressed about the way I played, particularly in the first set,’ said Moulton, according to upi.com. ‘I made a lot of unforced errors and didn’t get my first serve in enough. Another big thing was that Billie Jean doesn’t give you any free points. Even people ranked around 20th do that occasionally.’

What next? Billie Jean King would retire from the game a few months later

A few months later, Billie Jean King would retire from the game, although she would still sporadically play doubles on the Tour, reaching the 1984 US Open quarter-finals, partnering Chris Evert. In 2006, the US Open venue would be renamed in her honor, the Billie Jean King National Tennis Center.

King, who had won the Fed Cup four times as a player, would also triumph four times as the captain of the United States team. In 2020, the competition itself would be renamed the “Billie Jean King Cup”.

38 years later, she would remain the oldest player to have ever claimed a WTA title.