March 15, 1996: The day Pete Sampras and Andre Agassi both lost in Indian Wells

Each day, Tennis Majors takes you back to an important moment in the sport’s history. On March 15, 1996, Pete Sampras and Andre Agassi both lost in Indian Wells when each had a chance to reclaim the world No 1 ranking. 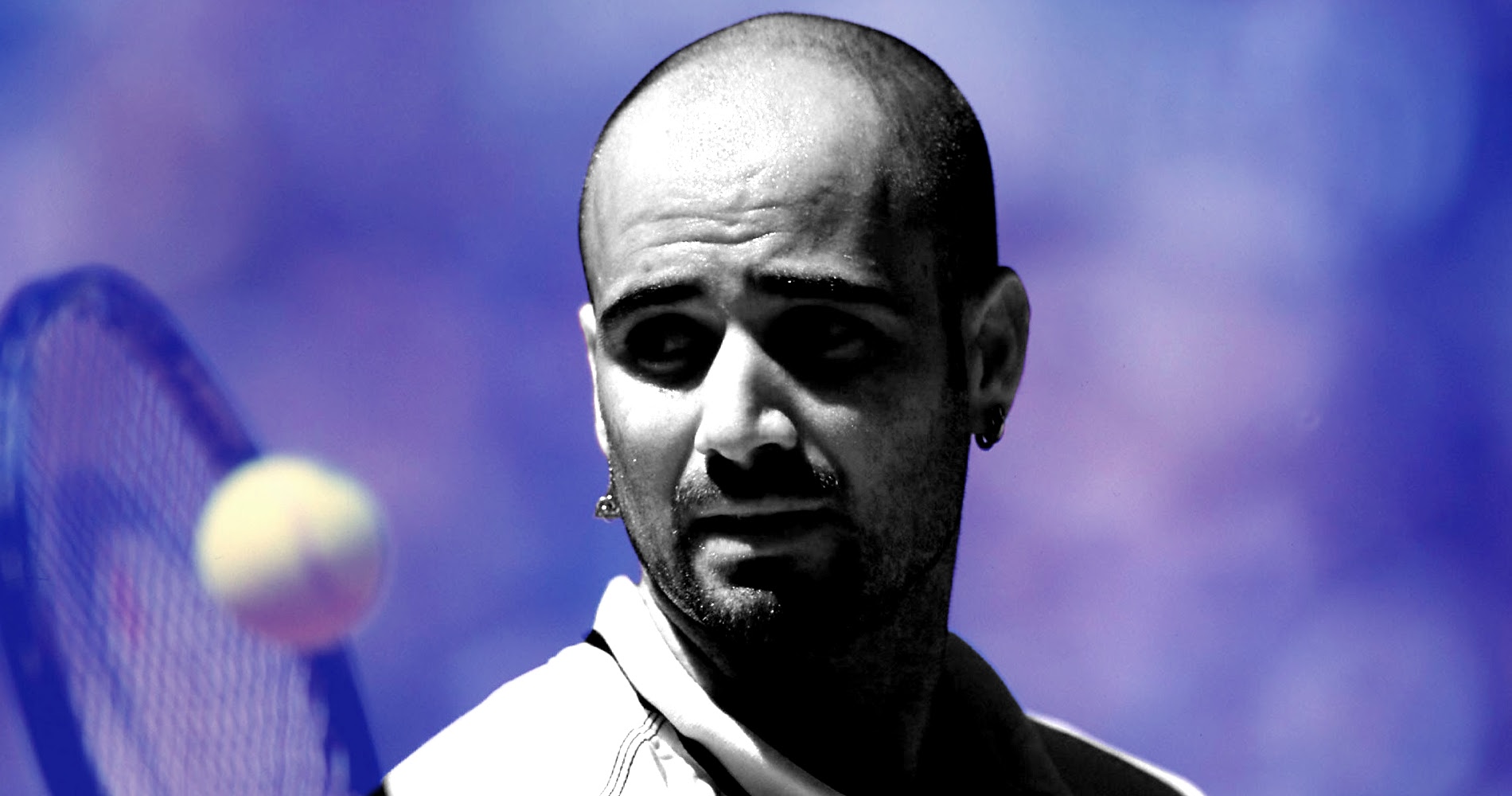 On this day, March 15, 1996, at Indian Wells, Pete Sampras and Andre Agassi, who could both reclaim the world No 1 spot from Thomas Muster if they had reached the final four, were both defeated in the quarter-finals. Sampras was beaten by Paul Haarhuis (7-5, 6-7, 6-1), while Agassi lost to Michael Chang (6-7, 6-2, 6-1), allowing the Austrian to remain world No 1 for a total of six weeks. 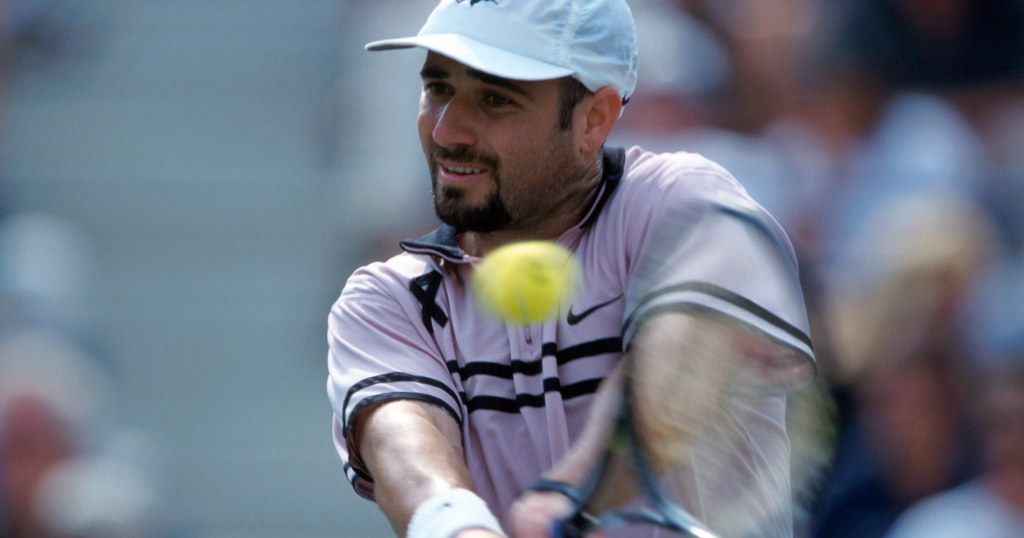 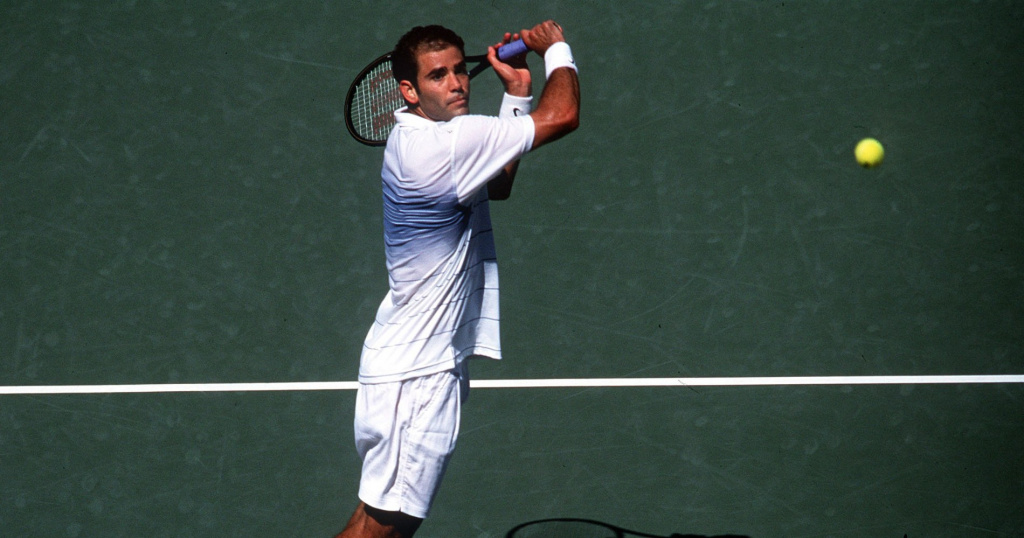 Andre Agassi, “the Las Vegas Kid,” turned professional in 1986 and he soon became one of tennis’ biggest superstars thanks to his amazing tennis skills but also to his interesting outfits – including the iconic denim shorts and the pink bike shorts (worn as an underlayer). Taught by his father and bred at the Nick Bollettieri Academy, his game relied on a great return (the best of his time) and on hitting the ball on the rise on both sides with incredible power, which was revolutionary at the time and then copied by generations of tennis players. After finishing runner-up three times – once at the 1990 US Open and twice at Roland-Garros (1990 and 1991) – he claimed his first Grand Slam title at Wimbledon in 1992, defeating big-serving Goran Ivanisevic 6-7, 6-4, 6-4, 1-6, 6-4 in the final. That title was followed by the 1994 US Open and the 1995 Australian Open – the latter marking the only time he beat rival Sampras in a Grand Slam final (4-6, 6-1, 7-6, 6-4). He reached world No 1 shortly after that success on April 10, 1995, and remained there for 32 weeks.

Michael Chang was born in 1972. In 1987, at the age of 15,  he became the youngest player to ever win a match at the US Open (defeating Paul McNamee). The following year in June, aged only 16 years and three months, he was the youngest player to enter the top 100 and reached the fourth round of a Grand Slam tournament for the first time. He was beaten by Andre Agassi at the US Open. In 1989, aged 17 years and three months, Chang became the youngest player to ever win a Grand Slam tournament when he knocked off Stefan Edberg in the Roland-Garros final after being down two sets to one (6-1, 3-6, 4-6, 6-4, 6-2).  On his way to the final, he defeated world No 1 Ivan Lendl – to the astonishment of many – in the fourth round. In that match, Chang showed a lot of nerve for a teenager. He clearly engaged in mind games against Lendl, especially when he performed his famous underarm serve. In 1990, Chang struggled to confirm his new status. Although he still reached the quarter-finals at Roland-Garros (defeated by Agassi 6-2, 6-1, 4-6, 6-2), he was bounced out of the top 10 in April 1990 until March 1992. He obtained his next remarkable slam results in 1995, reaching the semi-finals in Melbourne (lost to Sampras 6-7, 6-3, 6-4, 6-4) and finishing runner-up to Muster at Roland-Garros (7-5, 6-2, 6-4). He started 1996 by reaching the final at the Australian Open, where he was defeated by Boris Becker 6-2, 6-4, 2-6, 6-4. 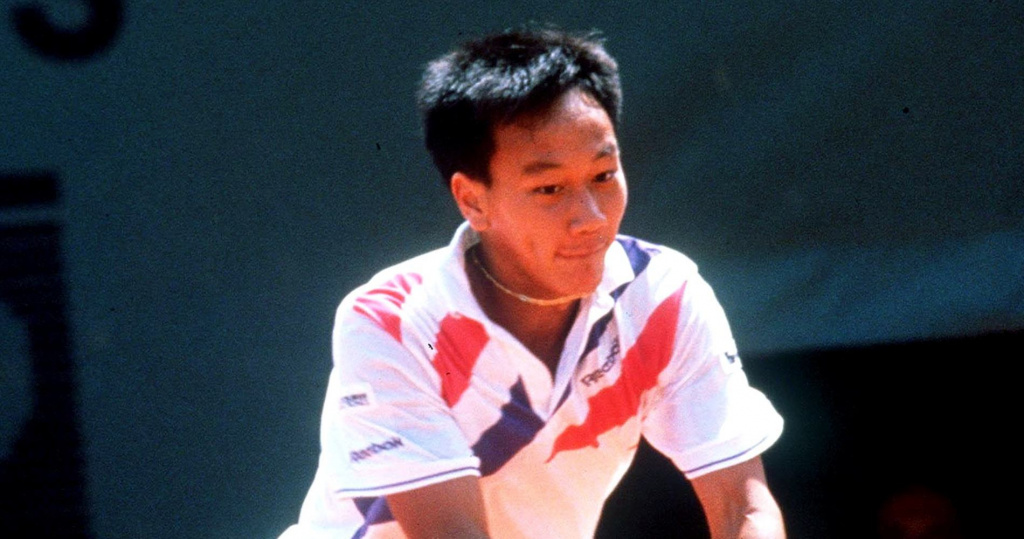 Paul Haarhuis, from the Netherlands, was born in 1966 and was more famous for his great results in doubles. He had won three Grand Slam tournaments, partnering Jacco Eltingh, and had reached world No 1 in 1994. However, he was also a good singles player. Being part of the top 100 since 1989, he claimed his only title in 1995 in Jakarta by defeating Radomir Vasek 7-5, 7-5 in the final. That led him to his best ranking, world No 18.

The history of the Indian Wells tennis event began in 1987, when the La Quinta tournament – under the impulse of Charlie Pasarell – outgrew its premises and had to move into a bigger location but without leaving California. The tournament had already become prestigious in La Quinta, but when it settled down in Indian Wells it became a part of the Grand Prix circuit. Its first edition, known as the Pilot Pen Classic, had seen a great final in which Boris Becker defeated rival Stefan Edberg 6-4, 6-4, 7-5. In 1993, the tournament became a part of the Super 9 category – which would later become the Masters Series and then the Masters 1000. In the middle of the 1990s, it was one of the most important tournaments outside of the Grand Slams.

Both Pete Sampras and Andre Agassi had an opportunity to reclaim the world No 1 spot – occupied by Thomas Muster at the time – in Indian Wells. Either one could accomplish the feat simply by advancing to the semi-finals. Despite a disappointing Australian Open a little more than a month earlier, the Americans were still the two main stars of the game and therefore semi-final performances were well within reason. Their rivalry had been the center of attention all through the 1995 season and it was shaping up to be the same in the California desert.

Heading into the 1996 Indian Wells event, Sampras was the two-time defending champion after defeating Agassi 7-5, 6-3, 7-5 in the 1995 final. In other words, it seemed very unlikely that neither Sampras nor Agassi would reach the semi-finals in 1996. That was especially true after both players successfully advanced to the quarters. Muster’s reign seemed doomed.

However, Agassi was to face Michael Chang in the last eight and Chang had eliminated him in the Australian Open semi-finals a few weeks earlier (6-1, 6-4, 7-6). Although he had taken some revenge in San Jose (6-2, 5-7, 6-4), his unexpected loss to world No 419 Luke Jensen in Memphis indicated that “the Las Vegas Kid” was probably not in his best shape. And in Indian Wells, he definitely wasn’t. After taking the first set against Chang 7-6, Agassi melted down and was outplayed 6-2, 6-1.

Meanwhile, Sampras delivered one of his most disappointing performances in years against doubles specialist Paul Haarhuis. Although the Dutchman’s serve was undoubtedly sharp that day (11 aces), Sampras was a shadow of his real self. Haarhuis himself admitted as much.

“I felt it in the first set (he) was missing some forehands, which he usually doesn’t,” he said of Sampras, according to The Los Angeles Times.

Sampras, who had won two consecutive tournaments in San Jose and Memphis before landing in Indian Wells, seemed mentally worn out. That was confirmed by his comments during the press conference.

“Unfortunately, you have days like today when you wake up and it just wasn’t there. So, c’est la vie.… I don’t know what happened. I have never missed so many forehands. If you are not playing well, you are not going to win; I don’t care who you play.”

The unexpected outcome of the quarter-finals was great news for Muster, who was now sure to remain world No 1 for a few more weeks.

In 1996, Sampras would go through a hard time as he dealt with the death of his coach, Tim Gullikson, in May. He would still obtain the best result of his career at Roland-Garros, reaching the semi-finals, but at Wimbledon, he would be defeated for the first time since 1992 (lost to Richard Krajicek 7-5, 7-6, 6-4 in the quarter-finals). He would salvage his season by triumphing at the US Open for the fourth time, and – after clinching a third Masters Cup – he would finish the season as world No 1 for the fourth consecutive year.

As for Agassi, who would still reach the Miami Open final a few weeks later, 1996 would turn into a bit of a roller-coaster ride. It was a year that he started as world No 2 and finished eighth, only saving the season by claiming a gold medal at the Olympic Games in Atlanta. Aside from that gold medal, 1996 was the start of a brief downward spiral. In 1997, Agassi fell all the way down to No 141 in the rankings. However, he would rise from the ashes in 1998 and in 1999 – triumphing at both Roland-Garros (1999) and the US Open (1999) to reclaim the world No 1 spot.