On this day in tennis history, John McEnroe won his final ATP title – by defeating his younger brother Patrick, of all people. Find out how it happened. 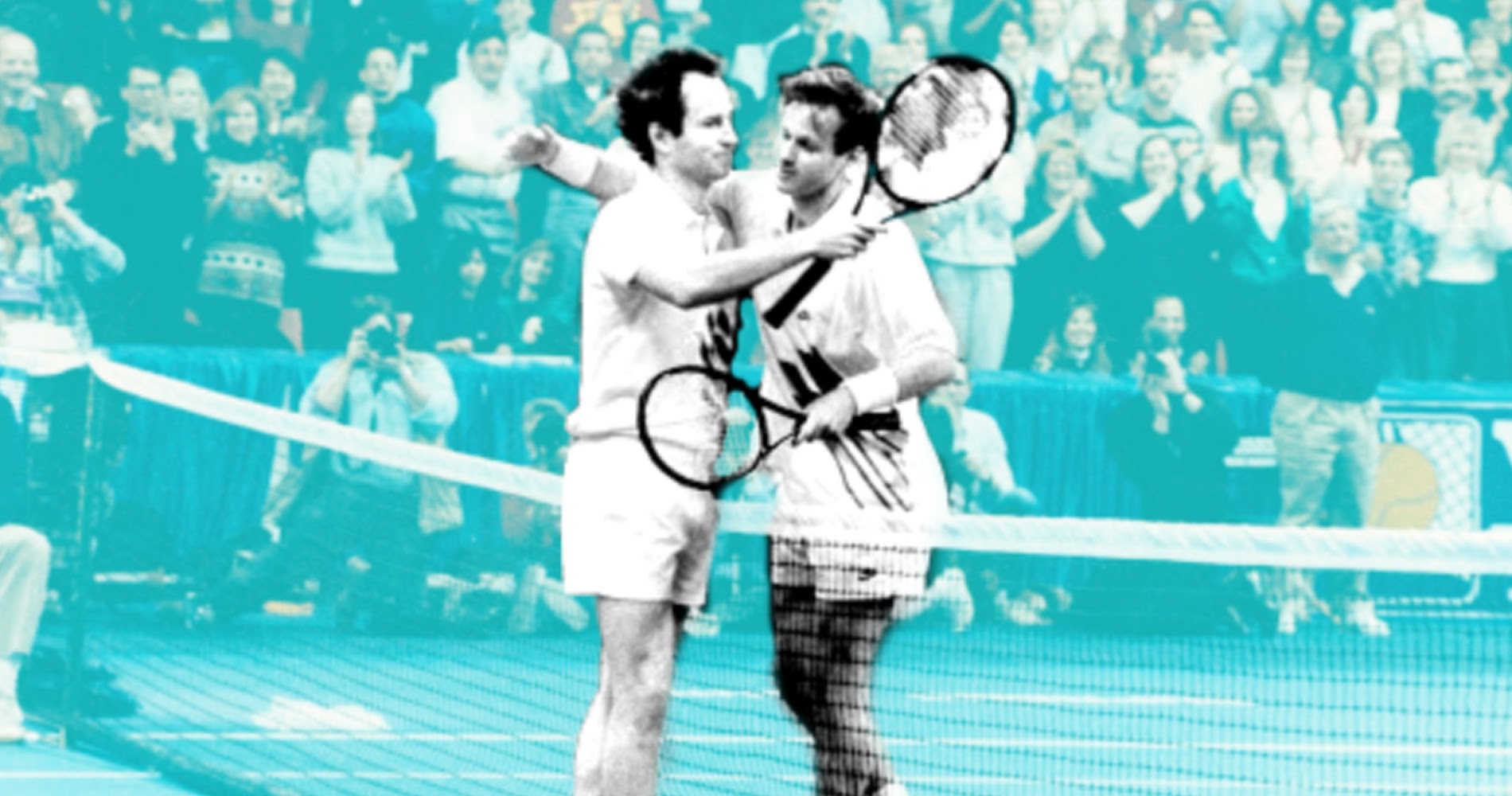 On this day, March 3, 1991, John McEnroe faced his younger brother, Patrick, in the final of the Volvo Tennis, in Chicago. The most famous of the two brothers prevailed in three sets, 3-6, 6-2, 6-4, to claim the 77th and last title of his career. They were the first siblings to compete against each other in an ATP final since Emilio and Javier Sanchez, in 1987. 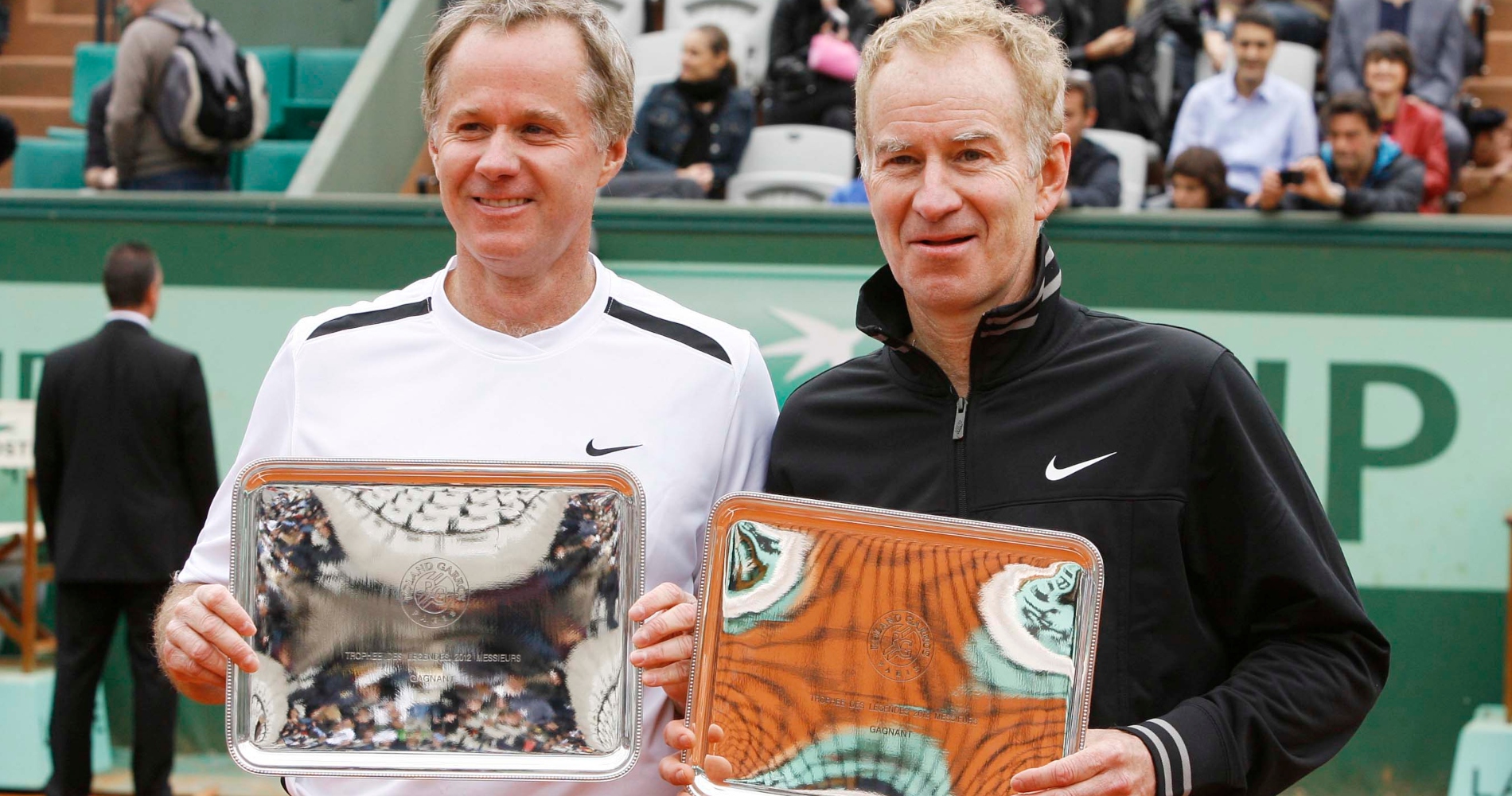 John McEnroe, born in 1959, had been world No 1 for 170 weeks between 1980 and 1985. “Mac” was very talented, his game being based on precision and touch on top of an iconic and lethal serve. He was also known for his shocking on-court behaviour in the well-mannered world of tennis.  He was sometimes vulgar and his constant quarrelling with the officials did not go unnoticed in a gentleman’s sport. The American lefty had claimed seven Grand Slam titles: three at Wimbledon (1981, 1983, 1984), and four in New-York (1979, 1980, 1981, 1984). In 1979, he became the youngest ever US Open Champion, defeating Vitas Gerulaitis (7-5, 6-3, 6-3), and in 1980, he played his most famous match in the Wimbledon final, where he lost in five sets against Bjorn Borg, after winning an outstanding tie-break in the fourth set (18-16).

His peak season was 1984, when, after a heartbreaking loss in the French Open final, he triumphed not only at both Wimbledon and the US Open, but also at the Masters Cup and the Davis Cup, finishing the year as the undisputed world No 1, holding an 82-3 record. After 1984, McEnroe’s dominance came to an end. In 1986, mentally worn out, he even took a break from the tour to marry Tatum O’Neal. Since he came back, “Mac” was not the champion he used to be. He didn’t reach the semi-finals in any major event before Wimbledon 1989, where he was defeated by Stefan Edberg (7-5, 7-6, 7-6). At the 1990 Australian Open, still world No 5, he made himself famous by becoming the first player of the Open Era to be defaulted in a Grand Slam tournament. A few months later, he made his way into the US Open semi-finals (defeated by Pete Sampras, 6-2, 6-4, 3-6, 6-3), and in March 1991, he was world No 19. 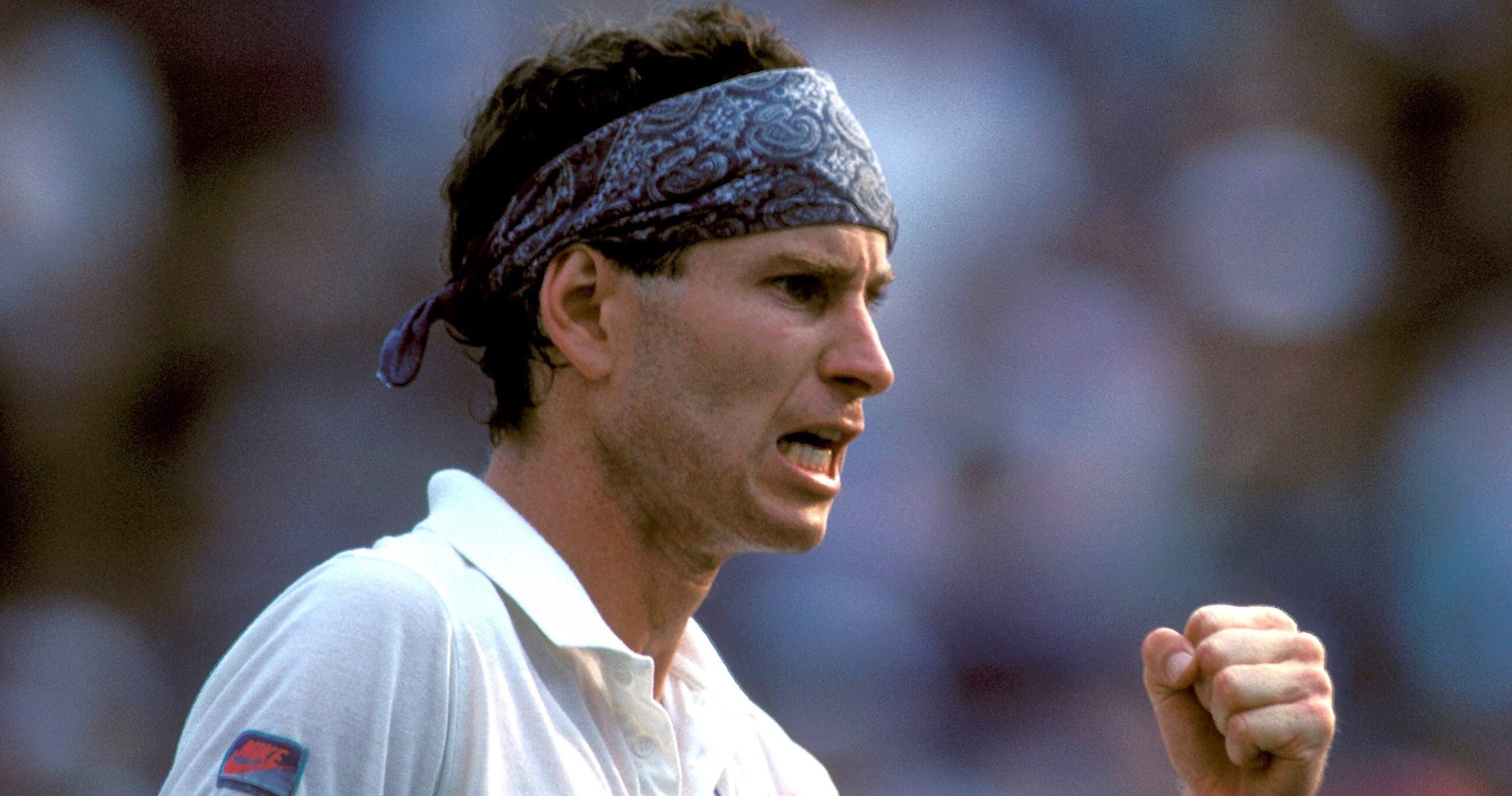 Patrick McEnroe, who, unlike his famous brother John, was right-handed, was born in 1966. A great junior player, he only turned pro in 1988, after having played for Stanford University and graduated with a degree in political science. He obtained his first remarkable result in doubles, when, partnering Jim Grabb, he won the 1989 French Open, but his singles career only took off at the start of 1991. That year, at the Australian Open, where he arrived as world No 120, he made his way into the semi-finals, where he was defeated by the future champion, Boris Becker (6-7, 6-4, 6-1, 6-4). Thanks to this result, he entered the top 100 for the first time, and in March 1991, he was world No 51.

The Volvo/Chicago Open, a tournament played on indoor carpet, was established in 1985. Held originally at the end of March, the event disappeared from the ATP schedule in 1988, only to reappear in 1991, four years after its last edition.

In 1991, the Volvo/Chicago Open was held for the first time in four years, and for this special occasion, the spectators were treated with a rare event: two siblings facing each other in an ATP final. Not just any brothers: they were John and Patrick McEnroe.

At the time, John was not the dominant player he was in the early 1980s, but he was still ranked in the top 20, and he had reached the US Open semi-finals less than six months before. On the contrary, Patrick, who had decided not to start a career before graduating from university, had just obtained his first remarkable result, reaching the semi-finals of the Australian Open. This result propelled him into the top 100 for the first time. They had won several tournaments in doubles together, and they had warmed up together before the Chicago semi-finals. Their father came to witness this all-McEnroe final.

“I’ve played with John a long time, we’ve practicsd together — I still don’t know where his serve is going,” said Patrick before the final, according to upi.com.

Despite this claim, Patrick, who was playing his first ATP final, was the first to break his brother’s serve, and he took the first set, 6-3. However, John’s reaction was swift: he broke early in the second set, and soon, he leveled the match (6-2). In the deciding set, the youngest of the McEnroes took a 2-0 lead, but his older sibling, unusually keeping his cool, clawed his way back.

“I felt it was very important in this situation not to take away from either my victory or my defeat by getting into some of the emotional outbursts I usually do,” John said, according to The Chicago Tribune.

Finally, at the end of a tight deciding set, the seven-time Grand Slam champion obtained a match point on his serve. Just after he tossed the ball, a phone rang in the audience, and John stopped his motion. This unexpected interruption created a funny moment, as, looking towards his father, he said: “Dad, it’s mom calling.” Patrick took the opportunity to relax a little bit before facing a match point, and added, “Tell her I’ll be home soon.” “She said to make sure you miss this return,” said John to end this short break.

Patrick didn’t miss his return, but, thanks to a last volley, John prevailed (3-6, 6-2, 6-4), claiming his 77th ATP title. Both players explained later how hard it was to compete against his own brother.

”Every emotion you can imagine is there, every single one,” said John. “You’re always worried about trying to win, yet you know it’s your brother. You’re proud of the way he’s playing, and yet you don’t want him to beat you. You’re nervous because there’s an innate pressure there that’s just a competitive thing with brothers. And also there’s the finals of a tournament you have to think about… I was aging by the minute out there.”

”It was just kind of a weird feeling,” said Patrick. ”I never felt really comfortable. I never felt like, ‘Oh, I want to win this match so badly.’ That wasn’t really my feeling out there, which it is any other time I play.”

As for their father, John Sr, he seemed to be satisfied with the outcome.

‘It’s hard to describe how I felt but I don`t think the match could have come out any better. ‘The seedings held, the rankings held, the obvious result that everyone expected held, and yet Patrick clearly demonstrated that he belongs.”

His 77th title, claimed against his own brother, would remain the last tournament ever won by John McEnroe. He would decline until his retirement, at the end of 1992. His last remarkable result would be reaching the 1992 Wimbledon semi-finals (lost to Andre Agassi, 6-4 6-2 6-3).