Each day, Tennis Majors takes you back in time to an important moment in tennis history. On March 5, 2006, James Blake beat Lleyton Hewitt for the Las Vegas title to continue his rise up the rankings. 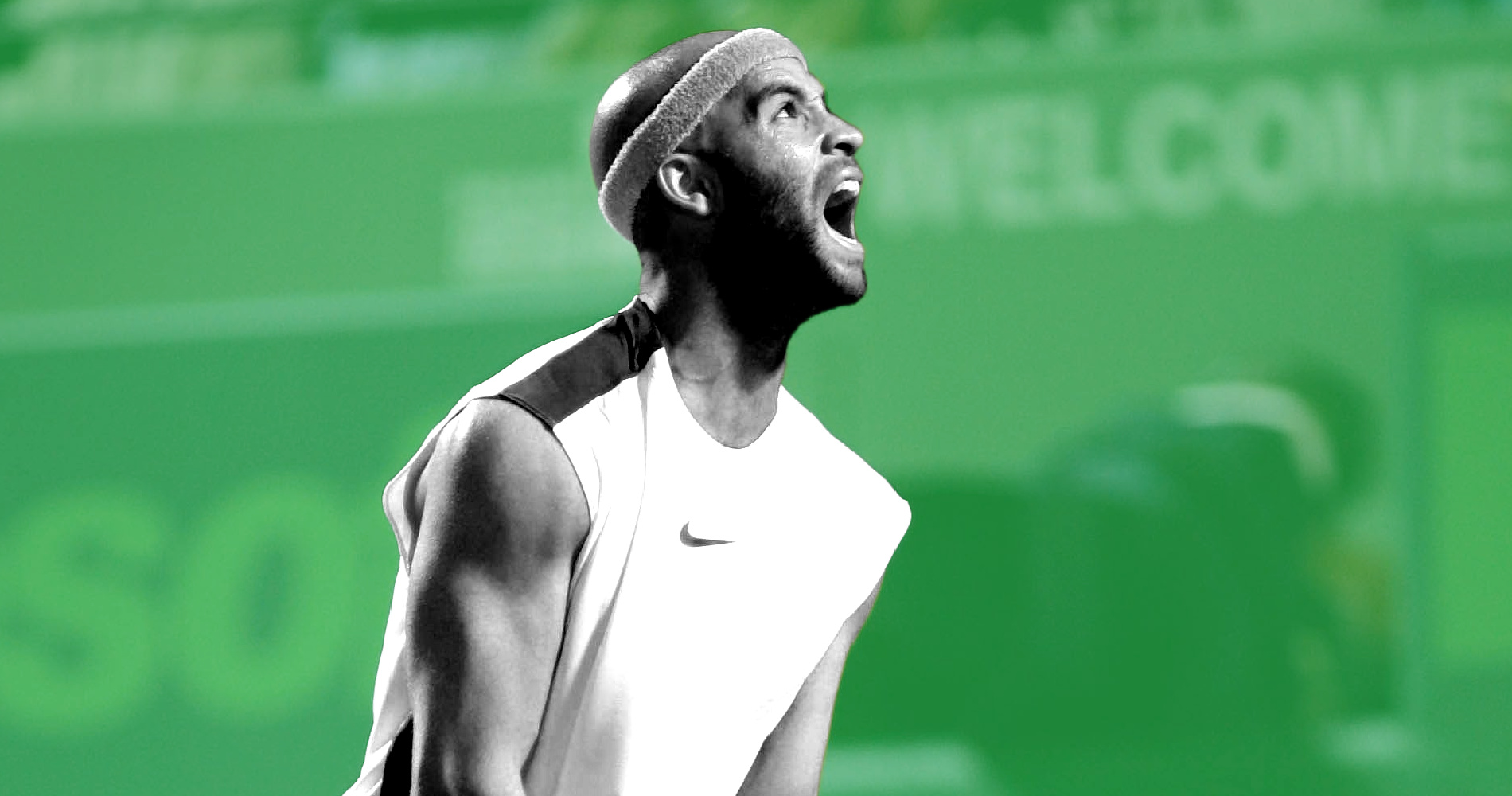 On this day, March 5, 2006, James Blake — who had lost his first six encounters with Lleyton Hewitt — defeated the Australian for the first time in the Las Vegas final (7-5, 2-6, 6-3). Thanks to that win, the American — who had already won a tournament earlier in 2006 (Sydney) — reached a career-high ranking at No 14 in the world. A few weeks later he would finish runner-up to Roger Federer at the Indian Wells Masters, a result that would help him break into the top 10.

In 2003, the American established himself as a solid top 30 player but then endured a difficult year in 2004. He suffered a fractured vertebra in Rome, his father passed away in July, and he developed shingles, which temporarily paralysed half his face and blurred his vision. As a consequence, his ranking dropped as low as world No 210 in April 2005. A few months later, entering the US Open draw thanks to a wild card, Blake reached the quarter-finals (defeated by Andre Agassi 3-6, 3-6, 6-3, 6-3, 7-6 in an epic five-set contest). In October he claimed his third title in Stockholm, defeating Srichaphan 6-1, 7-6 in the final. At the start of 2006, he added a fourth title to his list of achievements after beating Igor Andreev 6-3, 2-6, 7-6 in the Sydney final. Thanks to these results, he was world No 21 heading into Las Vegas. 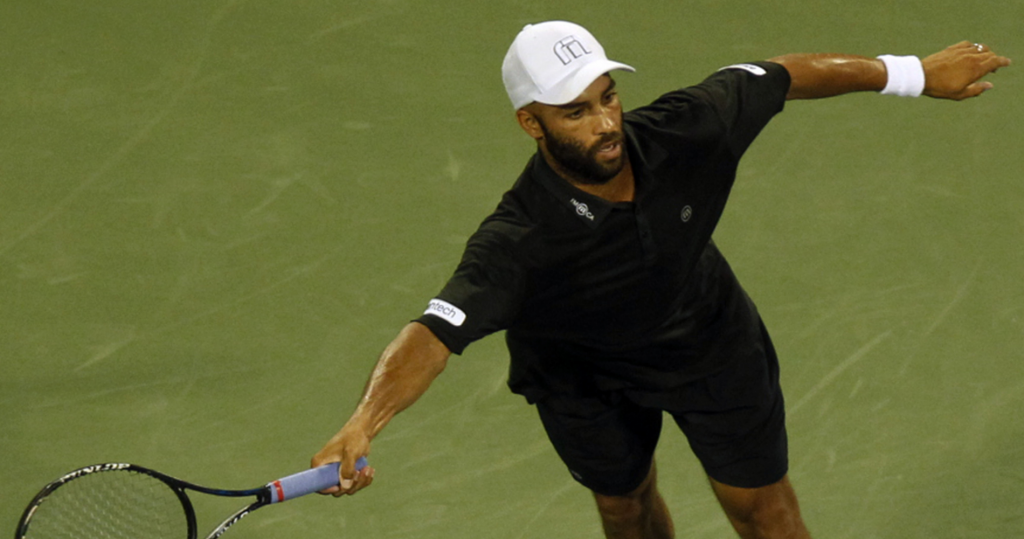 Hewitt, the son of a professional Australian football player, was born in 1981. He was a great mover, very skilled at returning serves and above all he was an incredible fighter — his trademark “come on!” was famous in the world of tennis. In January 1997, at the age of 15 years and 11 months and without an ATP ranking, he was invited to Australian Open qualifying. He promptly won three matches to become the youngest qualifier in the tournament’s history (defeated in the first round of the main draw by Sergi Bruguera 6-3, 6-4, 6-3). A year later, the young Aussie amazed the world of tennis by clinching his first title ATP title before his 17th birthday in his hometown of Adelaide. On the way, he defeated Agassi 7-6, 7-6 and — in the final — beat Jason Stoltenberg 3-6, 6-3, 7-6).

In 2000, Hewitt became the first teenager since Pete Sampras to claim four titles in one year. The most important of these four titles was the Queen’s Club Championships, where he beat the six-time Wimbledon champion Pete Sampras 6-4, 6-4 in the final. It was also in 2000 that he obtained his first great Grand Slam result, reaching the semi-finals at the US Open before Sampras took his revenge from the Queen’s loss via a 7-6, 6-4, 7-6 victory. “Rusty,” as his coach Darren Cahill called him, was now a top 10 member. In 2001 he triumphed at the US Open, defeating Sampras 7-6, 6-1, 6-1 in the final. A few weeks later he became the youngest world No 1 of all time after claiming the Masters Cup title. He held that spot for a total of 80 weeks, including the entire 2002 season — during which he prevailed at Wimbledon (beat David Nalbandian 6-2, 6-3, 6-2 in the final) and at the Masters Cup (beat Juan Carlos Ferrero, 7-5, 7-5, 2-6, 2-6, 6-4 in the final). 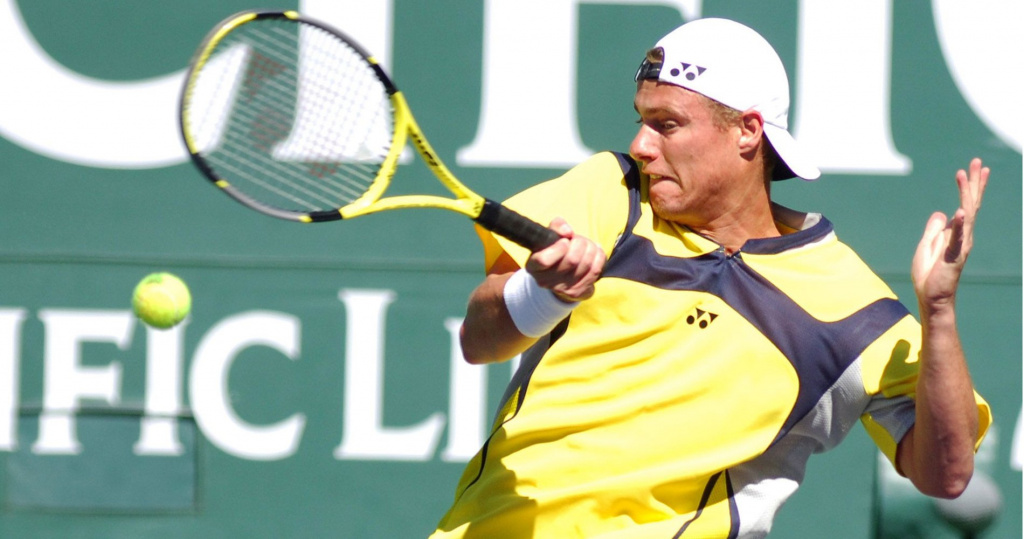 2006 marked the first time in years that an ATP event was held in Las Vegas, the hometown of Agassi. In the past, the city had hosted several events — the most enduring one being the Alan King/Caesars Palace Tennis Classic, which was won by Bjorn Borg and Jimmy Connors. It lasted until 1985. In the 1990s a Challenger tournament was held for three years, but in 2006 Las Vegas welcomed the return of a bigger and better event — the Tennis Channel Open. This tournament was played on hard courts at the Darling Tennis Center, a 23-court facility completed in 2005.

In March 2006, in the first edition of the Tennis Channel Open, the audience was treated with a dream final between the two most popular players in the draw: former world No 1 Hewitt and world No 21 Blake. `

The showdown between the two players was promising due to their opposite game styles. While Hewitt had made himself famous with his extraordinary footwork and great defensive skills, Blake played an extremely aggressive game by hitting the ball hard and flat most of the time. On paper the Australian was favoured, as he held a better ranking and had also never lost to the American in six encounters. However, Blake had twice pushed Hewitt to five sets — each at the US Open (2001 and 2002). The former Harvard student, who had had a terrible 2004 season due to injuries and family drama, was in great shape after he came back on the tour in the middle of 2005. Meanwhile, Hewitt — after a great 2005 season — had skipped the Masters Cup to remain with his pregnant wife and his first results in 2006 had been far from his usual standards.

In this seventh encounter with the Australian, Blake knew that he had to remain aggressive and focused. That’s exactly what he did in a high-level first set, won 7-5 by the American. He couldn’t maintain the same level in the second set, which he lost 6-3, but in the last set Blake fired amazing returns and blasted forehands left and right to finally prevail 6-3.

“I played him a whole bunch of times in the past; this is the first time I’ve come out on top and I’m pretty happy,” Blake assured, according to abc.net.au. “I finally got a win against one of the greatest players of all time. He’s gotten me in so many close ones; he’s beaten me up so many times. It’s nice to know I can get one win against him.”

As one might imagine, Hewitt was disappointed with the outcome.

“It’s never nice to lose in finals, but you have to be hitting the ball well to make it through to the championship match,” he said. “There’s a lot of positives to come out of the last two weeks going into two big tournaments in Indian Wells and Miami.”

James Blake’s “first win against one of the greatest” would be the first of many. A few weeks later, at Indian Wells, the American would defeat world No 2 Rafael Nadal to reach the final (defeated by Federer 7-5, 6-3, 6-0). After that he entered the top 10 for the first time. Not surprisingly, 2006 would end up being his peak year; he would obtain his best-ever ranking at world No 4 after claiming five titles, reaching the US Open quarter-finals again (lost to Federer 7-6, 6-0, 6-7, 6-4), and finishing runner-up at the Masters Cup (defeated again by Federer 6-0, 6-3, 6-4). Blake would claim his last title in 2007 (New Haven) and reached a Grand Slam quarter-final for the last time at the 2008 Australian Open. Only then would he slowly decline. He would leave the top 10 in August, 2008 and the top 50 in 2010. Although he never officially announced his retirement, Blake stopped competing on the tour in 2013.

Hewitt would leave the top 10 once and for all a few weeks later, and, suffering from his knees, hips, hand, wrist, back, and feet, he wouldn’t reach the final four of a Grand Slam tournament ever again. He would only reach the quarter-finals of a Grand Slam once, in 2009, at Wimbledon (lost to Andy Roddick, 6-3, 6-7, 7-6, 4-6, 6-4). He would retire following the 2016 Australian Open but still makes occasional outings in doubles at Grand Slam events and is Australia’s Davis Cup captain.