October 12, 1998: Lindsay Davenport becomes world No 1 for the first time 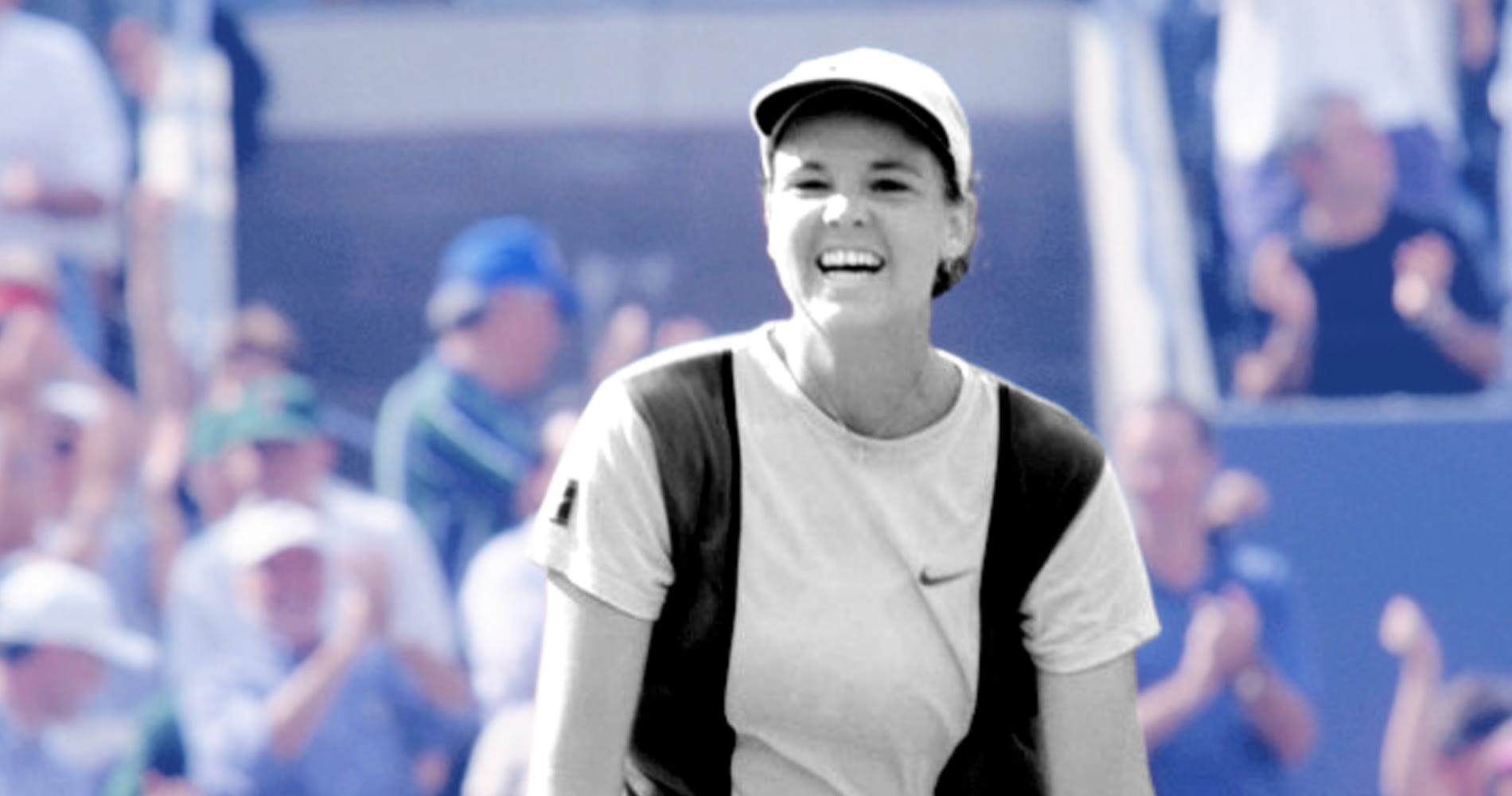 On this day, October 12, 1998, Lindsay Davenport, aged 22, became world No 1 for the first time. Although she had just lost to Sandrine Testud in the final of the Porsche Open in Filderstadt (7-5, 6-3), it was the cherry on top of a fantastic season that peaked a few weeks before — She claimed her first Grand Slam title at the US Open, where she defeated world No 1 Martina Hingis in the final (6-3, 7-5).

Lindsay Davenport was born in 1976. She turned professional in 1993, and during that season, she claimed her first title at the European Open in Switzerland, reached the fourth round at the US Open, and beat world No 6 Gabriela Sabatini in Philadelphia (6-4, 6-2), finishing the year as world No 20. The Argentinian described Davenport’s game style with simple words : “She likes to hit the ball hard into the corner. Very, very hard.”

In 1994, she entered the top 10 and finished runner-up at the Masters Cup (defeated by Sabatini, 6-3, 6-2, 6-4), but in 1995, she put on a lot of weight due to family issues and failed to remain a top 10 player. The following year, she worked a lot on her physical condition, and claimed her biggest title at the time at the Atlanta Olympic Games, where she defeated Arantxa Sanchez in the final (7-6, 6-2). In 1997, she won six tournaments, including the Indian Wells Open, and she reached the semi-final at the US Open, but fell to Martina Hingis (6-2, 6-4).

1998 was her greatest season on the tour. By the end of August, she claimed four titles, defeating the world No 1, Martina Hingis in the finals in Tokyo and Los Angeles. In Grand Slam tournaments, her results were outstanding, as she reached the semi-finals at both the Australian Open (defeated by Conchita Martinez, 4-6, 6-3, 6-3) and Roland-Garros (lost to Arantxa Sanchez, 6-3, 7-6). In New York, she took her career to a next level when she beat Hingis in the final (6-3, 7-5) to clinch her first Grand Slam title. She was now very close from taking the No 1 spot from the Swiss Miss.

It happened on Monday, October 12, 1998. Hingis, the defending champion Filderstadt,  lost in the quarter-finals to Dominique Monami (6-3, 6-7, 6-4). Meanwhile, Davenport made her way to the final, beating Sanchez in the semi-final (7-6, 6-4), and even if she only finished runner-up to Sandrine Testud (7-5, 6-3), it was enough for her to climb on top of the WTA ranking at the start of the following week.

“I never grew up thinking that I could be the best in the world, or one of the most successful players, and it managed to happen.”, Davenport would reflect in 2020 in an interview for the ITF Youtube Channel.

After her tennis career came to an end in 2008, Davenport worked as a coach (notably with Madison Keys) and a TV broadcaster for Tennis Channel.