Every day, Tennis Majors looks back at the biggest moments in tennis history. On April 1, 2007, Novak Djokovic beat Guillermo Canas to make history at the Miami Open 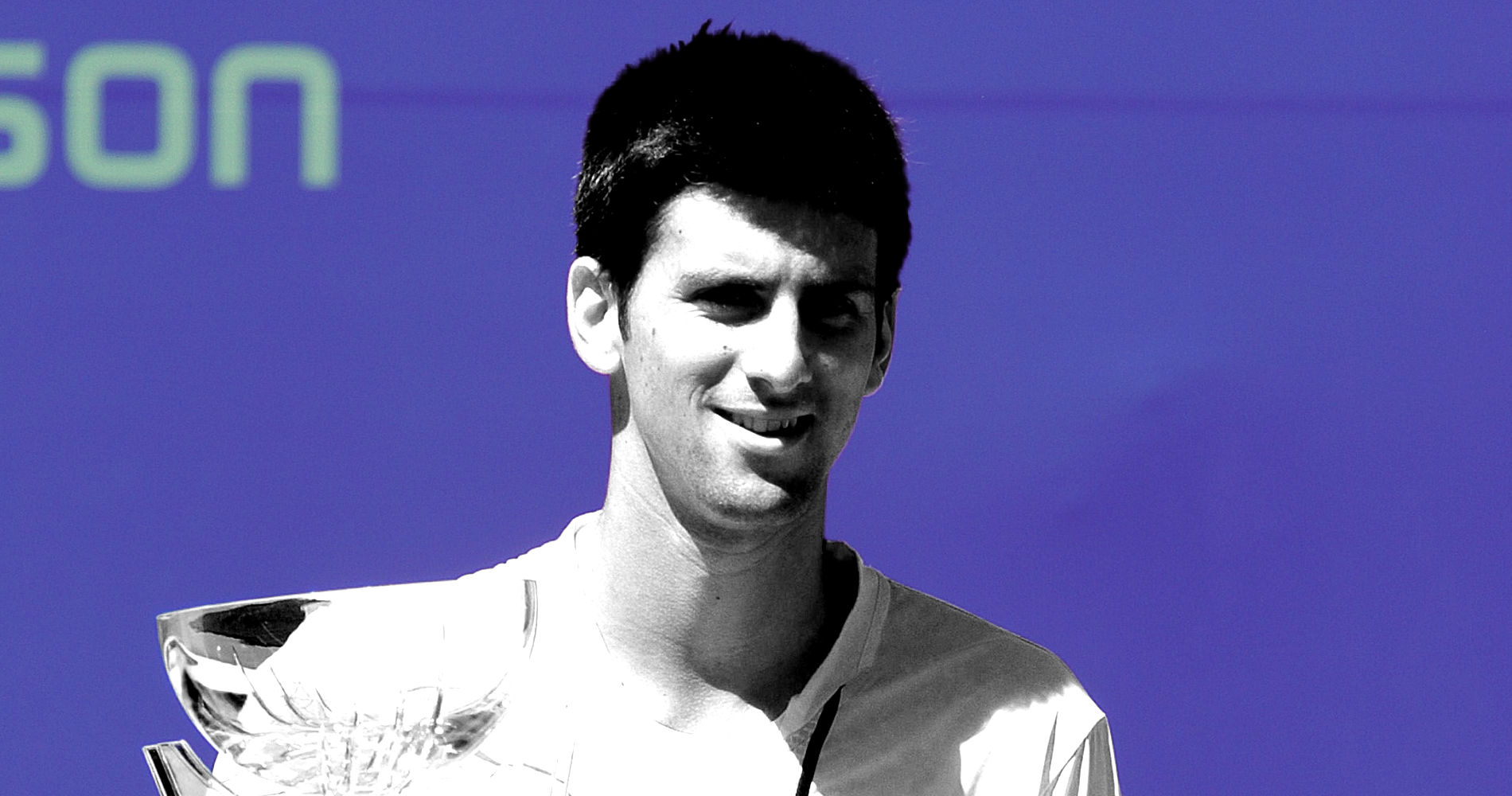 On this day, April 1, 2007, 19-year-old Novak Djokovic defeated Guillermo Canas in the Miami Open final (6-3, 6-2, 6-4), becoming the youngest player to ever win the tournament. The Serbian, who had recently reached the final at Indian Wells, claimed here his first-ever Masters 1000 title. 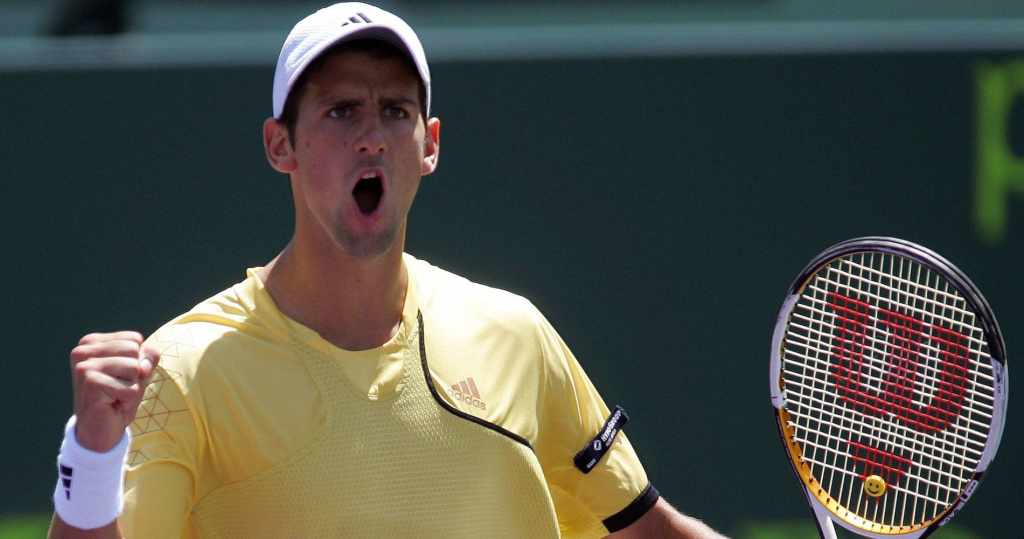 Novak Djokovic was born in 1987. He entered the top 100 in 2005, finishing the year as world No 83. In 2006, he made himself famous by reaching the quarter-finals at Roland-Garros while ranked only No 63, after he beat world No 9 Fernando Gonzalez in the second round. Young Nole never hid his great ambition. After he had to retire against Nadal, while the Spaniard was up two sets to none, the Serbian drew attention during his press conference with a pretty bold statement: “I felt like I was in control, everything depended on me.” A few weeks later, he reached the fourth round at Wimbledon, defeating world No 8 Tommy Robredo in the second round (7-6, 6-2, 6-4) and only falling in five sets against a great grass-court player, Mario Ancic (6-4, 4-6, 4-6, 7-5, 6-3). In August, he claimed his first title, in Amersfoort, where he defeated Nicolas Massu in the final, 7-6 6-4, soon followed by a second one, in Metz (defeating Jurgen Melzer in the final, 4-6, 6-3, 6-2). He finished 2006 as world No 16, and he began 2007 by winning another tournament, in Adelaïde (beating Chris Guccione in the final, 6-3, 6-7, 6-4). Defeated in the Australian Open fourth round by the world No 1, Roger Federer (6-2, 7-5, 6-3), he reached the first Masters 1000 final of his career at Indian Wells, where he lost to world No 2, Rafael Nadal (6-2, 7-5). Thanks to this great performance, he entered the top 10 for the first time. 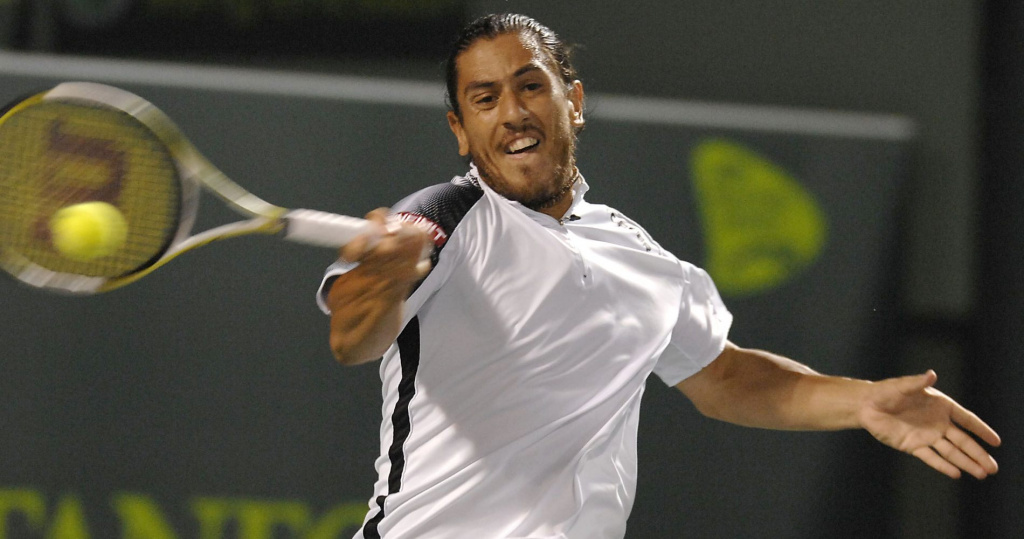 Guillermo Canas was born in 1977. He was first noticed by tennis experts in 1995, when he reached the quarter-finals of the boys’ events at Wimbledon. His game relied mostly on extraordinary defensive skills. After breaking into the top 100 in 1998, Canas claimed his first title on clay in 2001 at the Casablanca event — defeating Tommy Robredo 7-5, 6-2 in the final. He obtained his best Grand Slam result at Roland-Garros, where he reached the quarter-finals in 2002 (lost in five sets to eventual champion Albert Costa, 7-5, 3-6, 6-7, 6-4, 6-0). A few months later it was on hard courts that he won the most important title of his career, defeating Andy Roddick 6-4, 7-5 in the final of the Toronto Masters. Canas reached his career-high ranking in 2005 at world No 8, but soon after he was banned for 15 months after having tested positive for a diuretic in Mexico. Back on the tour at the end of 2006, he won five Challenger tournaments. In February 2007, Canas was world No 107 when he claimed his first title after coming back from his suspension, defeating former world No 1 Juan Carlos Ferrero 7-6, 6-2 in the Costa do Sauipe final. A few weeks later, to general astonishment, he upset the undisputed world No 1, Roger Federer in the first round of the Indian Wells Masters 1000 (7-5, 6-2), but he lost in the following round to Carlos Moya (6-4, 6-4). He was now ranked No 55 on the ATP charts.

The Miami Open, originally named the Lipton International Players Championship, was held for the first time in 1985, in Delray Beach, with the idea of being the first big tennis event of the year (at the time, the Australian Open was held in December). The tournament moved to Key Biscayne in 1987. The event was played on slow hard courts, in extreme heat and humidity. Nonetheless, with outstanding prize money and a 96-player draw. In 2007, it was still considered as one of the biggest tennis tournaments in the world outside of Grand Slams, with an impressive list of former champions such as Ivan Lendl, Andre Agassi, Pete Sampras and Roger Federer.

In early 2007, Novak Djokovic, 19 years old, was one of the rising stars on the Tour, along with Andy Murray. In their race to the top, the Scot had been slightly ahead in 2006, but in the last weeks, Djokovic had been taking his career to a next level. At Indian Wells, the Serbian made his way into the final, beating his young rival in the semi-finals before falling only to world No 2 Nadal, in the final, and became world No 10. In Miami, on his way to the final, he steamrolled all his opponents, including Nadal in the quarter-finals (6-3, 6-4) and Murray in the semi-finals (6-1, 6-0).
In the final, he faced an unexpected guest at that stage of the tournament: Guillermo Canas, world No 55. The Argentinian, back from a 15-month suspension, had drawn a lot of attention to himself, defeating the world No 1, Roger Federer, twice in a row, at Indian Wells and in Miami. However, while in California, he had been defeated in the following round, in Florida, he eliminated two other top 10 players, Tommy Robredo (7-6, 6-1) and Ivan Ljubicic (7-5, 6-2). To make his way into the final, Canas, who had gone through the qualifications, had won no fewer than eight matches.

This was maybe too much effort before facing an opponent like Djokovic. The Serbian put constant pressure on Canas, moving him around the court, dictating the match with patience. At Indian Wells, the “Djoker’” had struggled to master his nerves in his first Masters 1000 final, but this time, he won the mental game, playing particularly well on the big points. Djokovic prevailed in three sets (6-3, 6-2, 6-4) to claim the biggest title of his career.
“I’m very happy I’m this far in the tournament,” Canas said. “I think Novak played very well and just played better than me. I had a few chances, not a lot, but a few, and he played very well that important moment.”
Djokovic was the youngest champion in the tournament’s history, and he was also the first player since Ivan Lendl, in 1989, to win the tournament without dropping a single set.
“Every time you win something or you are the youngest player or you make any record, I mean, it certainly feels great,” said Djokovic. “It means that your name is in the history of the sport. I am very proud of that. I know that I worked hard throughout all my career to reach this point, and I hope that this is just the beginning of a long career.”

Djokovic’s wish would come true: his triumph in Miami was just the beginning of a long and successful career, as he would even become one of the greatest players of all-time. Less than twelve months later, he would claim his first Grand Slam title at the Australian Open, defeating Jo-Wilfried Tsonga in the final (4-6, 6-4, 6-3, 7-6). Fourteen years later, in 2021, Djokovic would have accumulated 18 Grand Slam titles (including a record nine Australian Open crowns) and he would also become the first player to win all the Masters Series tournaments. He would claim 36 titles in this category, six of them in Miami, where he would share the record for the most titles with Andre Agassi. In March 2021, the Serb would even beat Federer’s record of 310 weeks spent as world No 1.
Later in the spring, Canas would reach the Roland-Garros quarter-finals for the second and last time (defeated by Nikolay Davydenko 7-5, 6-4, 6-4). He would retire in 2010.