Home > Our features > On this day > April 25, 1999: Kuerten back at the top after Monte-Carlo magnificence

April 25, 1999: Kuerten back at the top after Monte-Carlo magnificence

Two South Americans met on this day in tennis history to fight for clay-court glory. Here’s what happened next 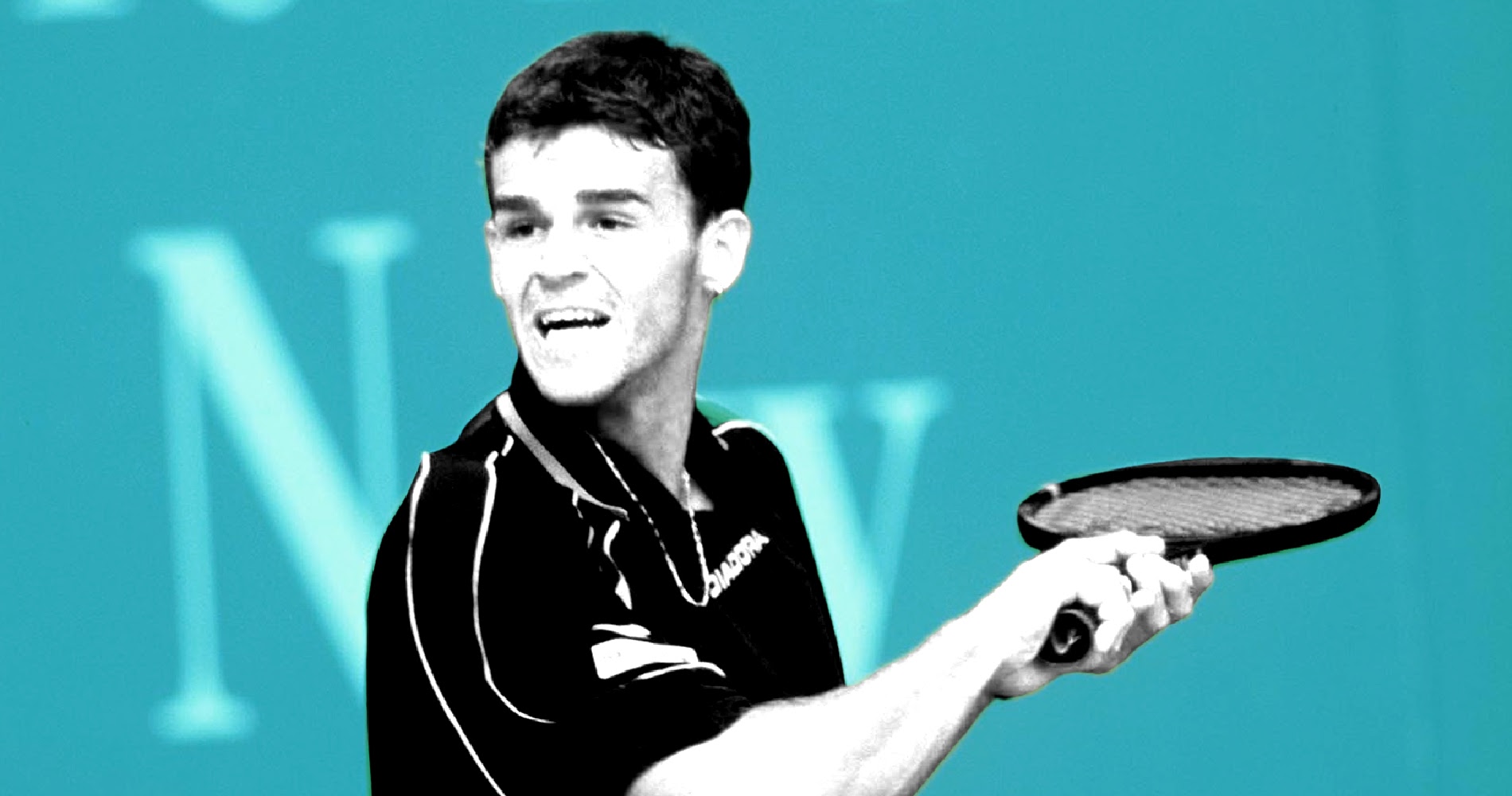 On this day, April 25, 1999, almost two years after his astonishing triumph at Roland-Garros, Gustavo Kuerten came back into the spotlight by claiming his first Masters 1000 title at Monte-Carlo. The Brazilian achieved that feat after a shortened final, as his opponent Marcelo Rios, had to retire at the beginning of the second set due to a leg injury (6-4, 2-1, in 53 minutes). This win made him once again a contender for the French Open crown.

Gustavo Kuerten was born in Brazil in 1976. He turned pro in 1995, and he entered the top 100 in August 1996, after two promising wins on clay against world No 21 Alberto Berasatagui and world No 22 Carlos Moya. He made himself famous in 1997, when, ranked No 66 and unknown to the general public, he claimed the title at Roland-Garros, defeating the three last champions on his way (Thomas Muster, Yevgeny Kafelnikov and Sergi Bruguera in the final, 6-3, 6-4, 6-2). Not only was it his first title, but it was also his first final on the Tour. His game, relying on a great first serve and an impressive one-handed backhand, topped with great drop shots, made him a natural clay-court player. Finishing 1997 as world No 14, he had trouble confirming his status in 1998 and his results on hard courts were disappointing. Although he gained in confidence during the clay season, he was defeated in the second round of the French Open by young Marat Safin, who would reach the quarter-finals, in five sets (3-6, 7-6, 3-6, 6-1, 6-4). He started the 1999 season as world No 23, and, although some thought his 1997 magic had disappeared, Guga was confident in his abilities. Reaching the semi-finals at Indian Wells (lost to Moya, who became world No 1 that day), he then delivered an impressive Davis Cup performance on clay against Spain, defeating Carlos Moya and Alex Corretja. He arrived at the Monte-Carlo Open with great ambition, and ranked 19th in the world. 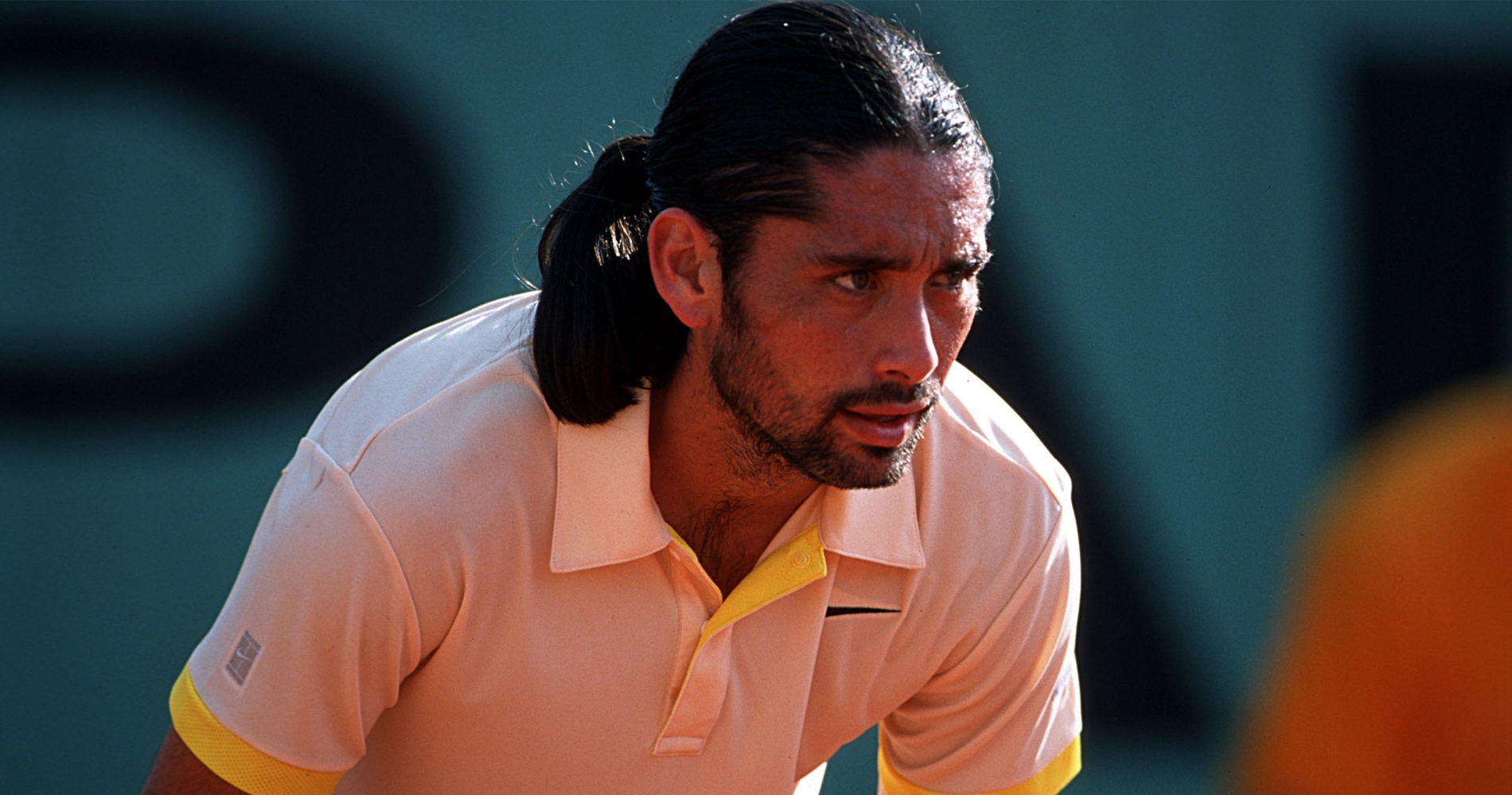 Born in 1975, Marcelo Rios, nicknamed “El Chino”, was known to be a very promising and entertaining player since 1994, when at the age of 17, he gave a hard time to world No 1 Pete Sampras at Roland-Garros (losing 7-6, 7-6, 6-4). Known for his smooth game style and his great touch, he was also well known for his bad temper, especially towards fans and journalists: he was very reluctant to sign any autographs and it was almost impossible to get anything out of him in interviews, except mumbles and abuse. The following year, he claimed his first title, in Bologna (defeating Marcelo Filippini in the final, 6-4, 6-2), and soon added two other trophies to his list of achievements (in Amsterdam and Kuala Lumpur). In 1996, at the age of 20, he reached the semi-finals at Indian Wells, Monte-Carlo and Toronto, becoming the first Chilean tennis player to enter the top 10. In 1997, the Santiago-born won his first Masters 1000 tournament, at Monte-Carlo, defeating Alex Corretja in the final (6-4, 6-3, 6-3), but he also finished runner-up at the Rome Masters 1000 and reached the quarter- finals at both the Australian Open and the US Open. Climbing as high as world No 6, he finished the year as world No 10, and he made an impressive start in 1998, reaching the Australian Open final (lost to Petr Korda, 6-2, 6-2, 6-2). After triumphing at both Indian Wells and Miami (where he defeated Andre Agassi in the final, 7-5, 6-3, 6-4), he became the first South American player to ever reach world No 1. He was only able to hold on to this ranking for 6 weeks though, and at Roland-Garros, where he was one of the favourites, he was defeated in the quarter-finals by the future champion, Carlos Moya (6-1, 2-6, 6-2, 6-4). He started 1999 as world No 2, but an injury forced him to withdraw from the Australian Open, and, after a poor performance at Indian Wells and Miami, where he was the defending champion, his ranking dropped down to world No 13 in April.

Located at the top of the Rocher de Monaco, with a unique perspective on the Mediterranean Sea, the Monte-Carlo Country Club hosted one of the oldest international tennis tournaments since 1928. Usually considered as the start of the clay-court season, it was a part of the Masters 1000 category. Amongst its former champions, there was a long list of clay-court stars, such as Bjorn Borg, Guillermo Vilas, Ivan Lendl, Mats Wilander, Sergi Bruguera and Thomas Muster.

On paper, the 1999 Monte-Carlo final was very promising. It was the first-ever 100% South American Masters 1000 final, and it featured two extremely entertaining players. At the time, they were both fighting to get back to their best level. Since his triumph at the 1997 French Open, the Brazilian had failed to achieve any comparable results, while the Chilean, who had reached world No 1 in 1998 without having ever won a Grand Slam tournament, had been struggling with a back injury since the beginning of the year.

The two men had faced each other two weeks before, in Estoril, where the left-hander had prevailed (6-4, 6-3). In the first games, Rios parked himself on the baseline and tried to dictate the game, but after only 19 minutes, he had to call for a medical time-out. From that moment, despite a bandage on his right thigh, his movements obviously slowed down, and soon, he was broken and lost the first set, 6-4. To the crowd’s dismay, the 1997 Monte-Carlo champion retired as he was trailing 2-1 in the second set, after only 53 minutes of play.

“When you go to play a best-of-five sets match you have to listen to your body. Unfortunately I got injured yesterday,” said Rios, according to El Mundo. “Today it was worse. I could have continued but I’m sure I wouldn’t have been able to last five sets. I didn’t want to aggravate it and be out of the circuit for two months,” he added.

“This is a great victory. For me it’s the most important tournament after Roland Garros and I know my rivals will have more respect for me from now on,” said Kuerten, who had just claimed his first Masters 1000 title, the second most important success in his career after his French Open triumph.

The Brazilian had now proven that he had both the ambition and the ability to regularly play the front roles in major tournaments. His next tournament might be Munich, but his real goal was Roland-Garros.

After a second Masters 1000 title claimed in Rome, Gustavo Kuerten would turn into a favorite for the Roland-Garros crown, but in Paris, he would be defeated in the quarter-finals by Andrei Medvedev (7-5, 6-4, 6-4). In the second half of the season, he would confirm his improvements on fast surfaces, reaching the quarter-finals at both Wimbledon (lost to Andre Agassi, 6-3, 6-4, 6-4) and the US Open (lost to Cédric Pioline, 4-6, 7-6, 7-6, 7-6). He would remain the best clay-court player on the Tour for a while, and he would eventually claim two more titles at Roland-Garros, in 2000 (beating Magnus Norman, 6-2 6-3 2-6 7-6) and 2001 (defeating Alex Corretja, 6-7 7-5 6-2 6-0), the year he drew his famous heart on the Court Philippe Chatrier. In 2000, after an amazing triumph at the Masters Cup, where he would defeat both Andre Agassi and Pete Sampras on fast indoor courts, he would end the year as world No 1. Suffering from a serious hip injury, he would not be able to defend his 2001 Parisian title in 2002, and the rest of his career would be a long struggle against this injury that he would never overcome. Eventually, he would retire from the game in 2008, after two years of inactivity, after a last appearance in Roland-Garros.

A few weeks after the Monte-Carlo final, in Hamburg, Marcelo Rios would become the first player in tennis history to win all the three clay-court Masters 1000 tournaments, edging Mariano Zabaleta in the final (6-7, 7-5, 5-7, 7-6, 6-2). He would remain a top 10 player until April 2000, before a series of injuries would prevent him from ever playing an entire season on the Tour. He would retire from the game in 2004, aged only 28.