Every day, Tennis Majors takes you back in time to relive a tennis event which happened on this specific day. On this day, August 15, 1995, Monica Seles returned to the WTA Tour, 28 months after she was stabbed by a deranged Steffi Graf fan. 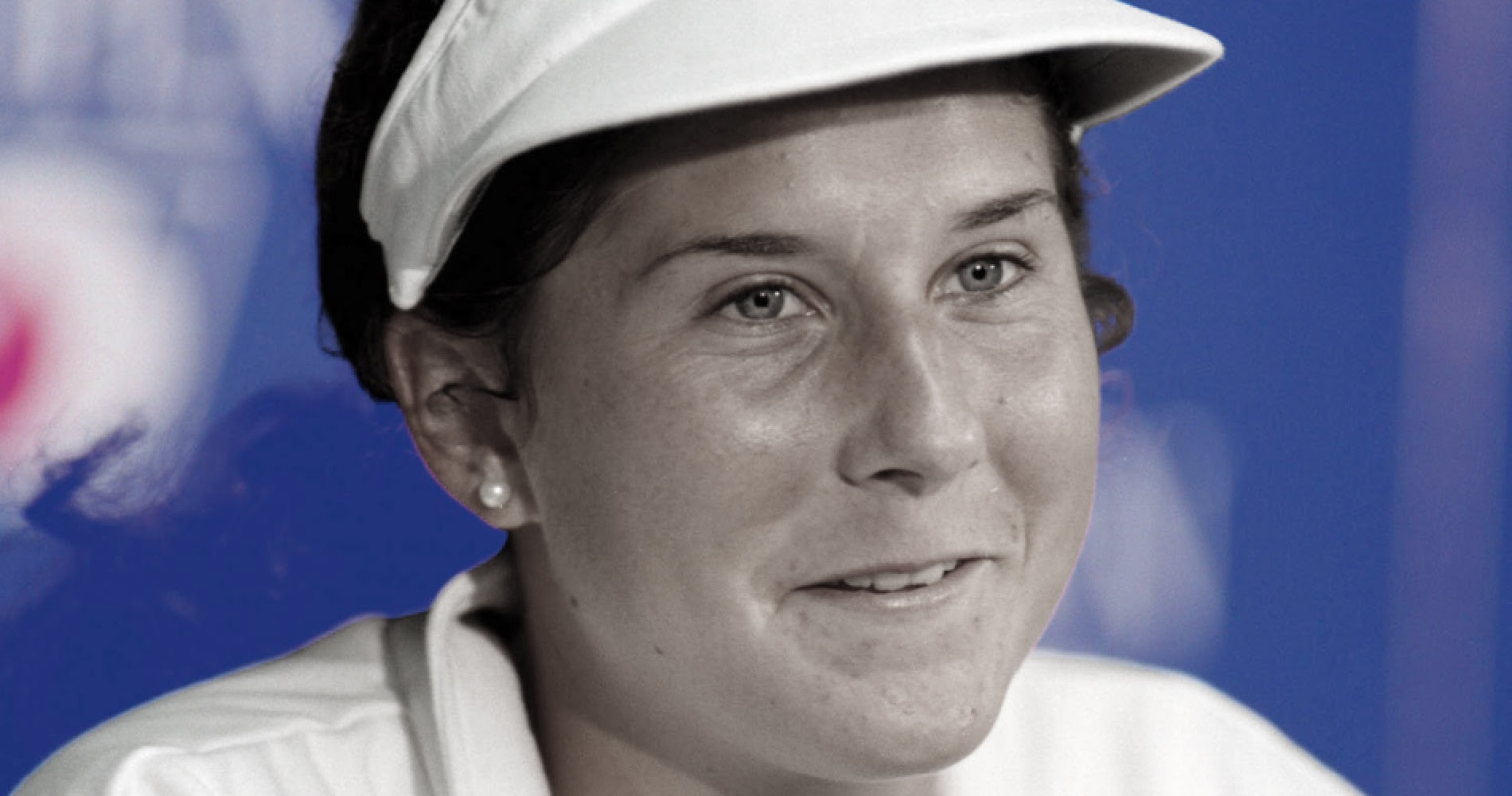 On this day, August 15, 1995, Monica Seles played her first official match in more than two years, since her tragic stabbing in Hamburg, in April 1993. Her long awaited comeback took place at the Canadian Open, in Toronto, where she appeared with a unique ranking of co-No 1, which the WTA awarded her due to the extraordinary circumstances. Despite such a long absence, Monica Seles crushed her opponent, Kimberly Po, the world No 133, 6-0, 6-3. Seles’ successful return to the sport in Canada would be even more impressive as she would then go on to claim the title, defeating world No 27 Amanda Coetzer in the final, 6-0, 6-1. 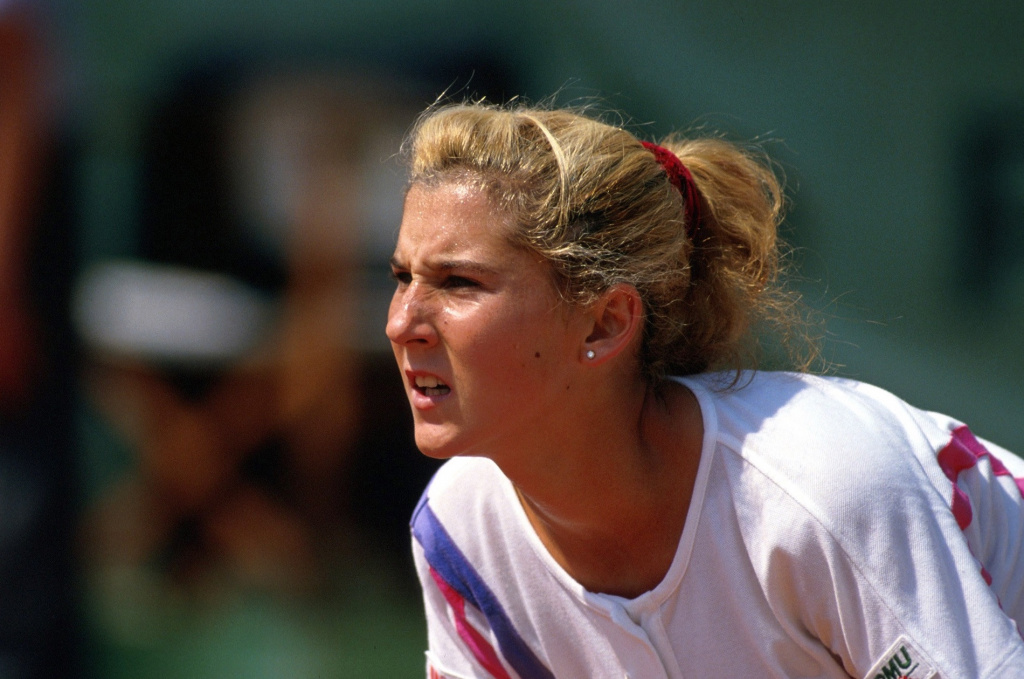 Monica Seles had been one of the most successful players in the world at a particularly young age. She made her first steps on the tour in 1988, at the age of 14, in Boca Raton, where she defeated world No 31 Helen Kelesi (7-6, 6-3). Her powerful two-handed groundstrokes, her innovative way of hitting the ball so early with so much power, and of course her trademark grunting, represented an absolute revolution in the women’s game. In 1989, she played her first full year on the Tour and, after claiming her first title in spring in Houston, she played her first Grand Slam main draw in Roland-Garros.

This first appearance in Paris would be long remembered. In the third round, facing world No 4 Zina Garrison, young Monica, aged 15, gave away flowers to the Center Court public before crushing her opponent 6-3, 6-2. She went on to the semi-final where she was only defeated in three sets (6-3, 3-6, 6-3) by the then-unbeatable Steffi Graf, who had won the last five Grand Slam tournaments. In 1990, at the age of 16, she was the youngest ever player to win Roland-Garros. It was the start of her domination of the Tour.

In March 1991, aged 17, she became the youngest world No 1 in tennis history, knocking Steffi Graf off the throne she had been sitting on since the summer of 1987. From January 1991, Monica Seles won seven out of the eight Grand Slam tournaments she participated in, losing only the 1992 Wimbledon final, setting a 56-1 victory-loss record. Furthermore, she claimed three season-ending WTA Finals titles in a row in 1990, 1991 and 1992.

Her career was brutally interrupted on April 30, 1993, in the quarter-finals of the Hamburg Open, when she was stabbed at a changeover by a mentally unstable Steffi Graf fan. The psychological wound proved to be much deeper than the knife-blow itself. Although she was physically ready to play just a few months afterwards, it would take over two years before she played on the Tour again. She came back under the spotlight on July 29, 1995, in an exhibition match against the recently retired Martina Navratilova in Atlantic City, which she won.

Kimberly Po was born in 1971, in Los Angeles California. She was only ranked No 133 in August 1995, far away from the career-high ranking of No 40 she had held 18 months before, in January 1994. Kimberly Po had never reached a WTA final, and in Grand Slam tournaments, she had never made it past the third round, a result that she had obtained six times in her career.

The Canadian Open, established in 1881, was the second oldest tennis tournament in the world, after Wimbledon. The event was held every year in summer, alternatively in Toronto and Montreal; when the male event was played in Montreal, the female event was played in Toronto. Amongst former champions of this prestigious competition were great players like Chris Evert (1974, 1980, 1984), Navratilova (1982, 1983, 1989) and Graf (1990, 1993).

In the history of the Canadian Open, never had a first-round match drawn as much attention as on August 15, 1995. After 28 months away from the Tour following her stabbing, Seles was back, and she was to face Po. Jane Wynne, assistant director of the tournament, recalled the enthusiasm around Seles’ return to the game on Theglobeandmail.com: “It was amazing. The ticket sales and the extra stands that had to be put up, the media attention was phenomenal. There were three or four times as many media people as normal.” 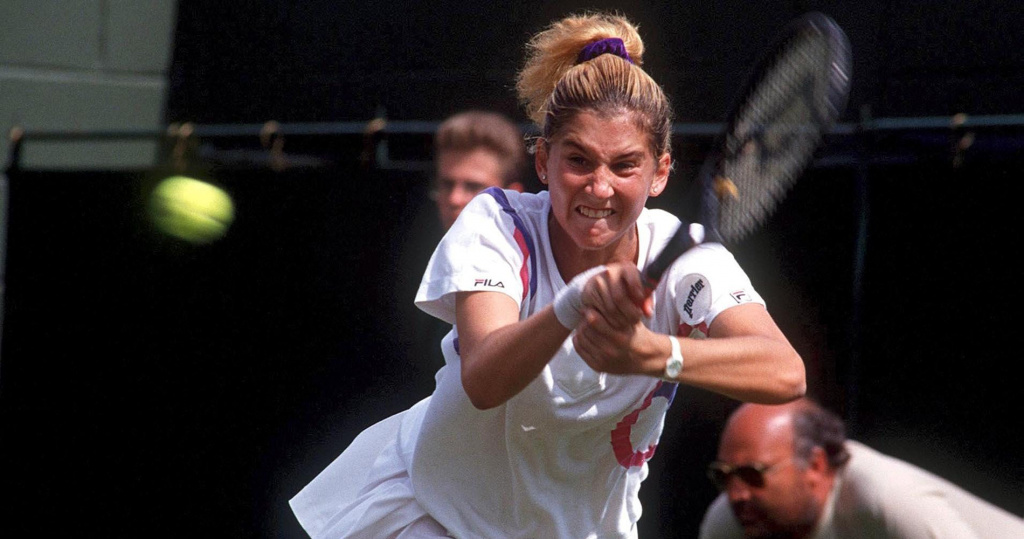 For Seles herself, coming back to competition was a milestone. Two weeks before, she had played an exhibition match against Navratilova. Although she won the match easily (6-3, 6-2), she confessed her nervousness (quoted in Monica Seles, by Rose Blue): “I was so nervous during the first game that when I threw the ball up to serve, I couldn’t see it. My legs were numb.”

This time, in Toronto, according to The Los Angeles Times, Seles felt “her hands shake and her legs rubbery” as, entering the court, she was greeted by the applause of eight thousand spectators. The pressure was high, especially as she had been awarded the world No 1 spot alongside Graf, thanks to Navratilova’s lobbying at the WTA Players association. “When Monica got stabbed and couldn’t play, we lost our No 1 player and our No 1 star,” said Navratilova to The New York Times. “The only way for her to come back was as the No 1, because that’s how she left.”

Although she had decided to sit with her back to the crowd, the ex-Yugoslavian champion said she had a few flashbacks from the attack “Sitting down there, there are going to be times when it’s hard, no question, because of what happened,” she said. In fact, she had come to the Canadian Open with her own security guards.

Once the match started, Seles proved her mental strength, and, putting all these thoughts aside, she did what she was the best at: hitting the ball on the rise, as hard as possible, not giving her opponent any opportunity to settle down and her serve seemed to have even improved. Winning the first eight games of the match, she swept Po off the court, 6-0 6-3. She could not be happier about this outcome. “I can’t put it into words,” Seles said. “It’s great to be back playing. It’s so simple. It’ll be great to get back to that simplicity again. For a long time, day to day, there was so much darkness. I couldn’t think this far ahead. I knew for me to make it to the next step, I had to get on with my life.”

During her press conference, when asked if she thought Seles hit the ball as hard as before, Po responded : “A couple of shots, I just watched them go by, literally. Everyone says her serve is so much better. I thought it was good before.” Po also reflected on her experience, explaining how she felt about suddenly being under the spotlight and suffering such a heavy loss. “I knew before the match that every single person would be pulling for her. But I think it’s great. I wish it would happen all the time. It’s a lot different from playing in front of five people – two of them being your parents and one your doubles partner.”

A few weeks later she would be beaten in the final of the US Open by Steffi Graf in three sets (7-6, 0-6, 6-3). At the start of 1996, aged 22, she would win her last Grand Slam tournament at the Australian Open. In the final, she would defeat Huber, from Germany, 6-4, 6-1. After that, she would remain in the top 10 until the end of 2002, but, suffering with food disorders and weight issues that she would later describe in her book, she would never lift a Grand Slam trophy again.

Po would climb as high as world No 14 in 1997, after achieving the best Grand Slam performance of her career at the Australian Open, reaching the quarter-finals (defeated by Coetzer, 6-4, 6-1). She would be more successful in doubles, reaching the 2001 US Open final (partnering Tauziat) and the world No 6 spot on the WTA Tour rankings. 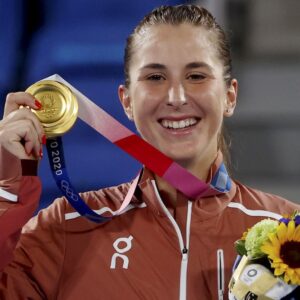