Every day Tennis Majors takes you back in time to celebrate a great moment in tennis history. Today, we go back to 1992 to witness how Jennifer Capriati became the youngest female player to ever triumph at the Olympics. 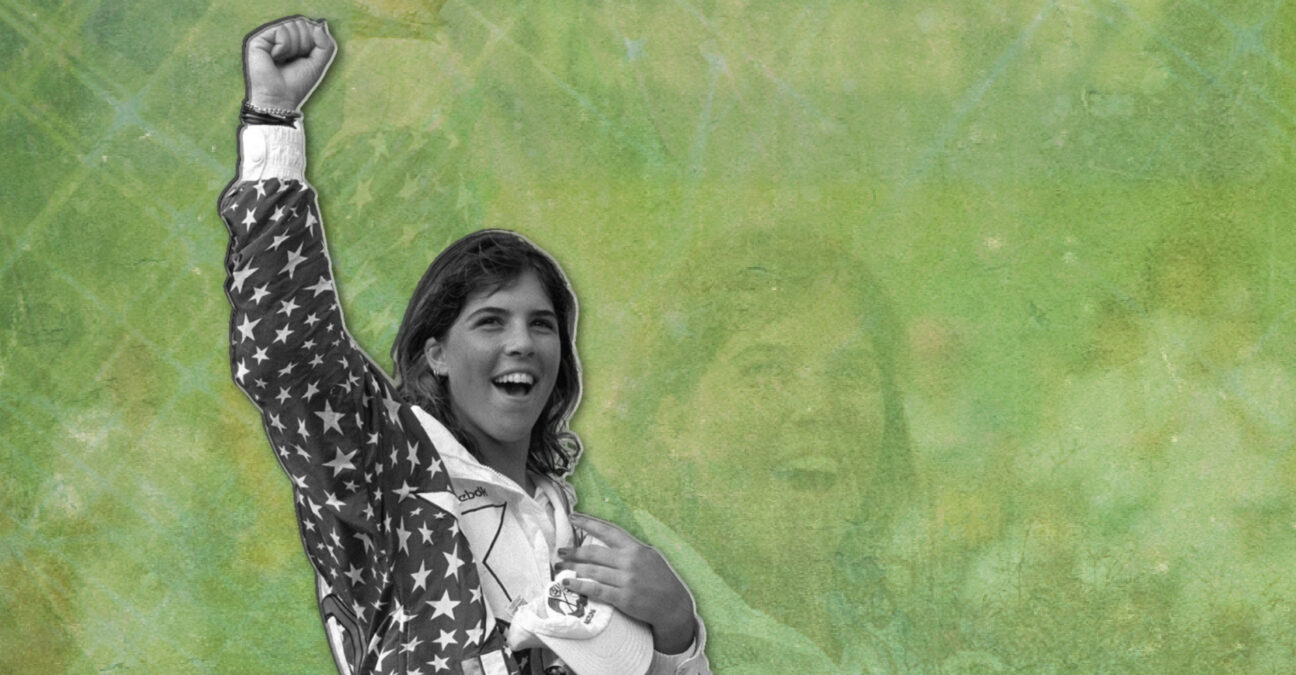 On this day, August 7, 1992, 16-year-old Jennifer Capriati defeated world No 2 and defending champion, Steffi Graf (3-6, 6-3, 6-4), to obtain the gold medal at the Barcelona Olympic Games. It was the first major title claimed by the American prodigy, and it would also remain the only one for almost a decade, until her triumph at the 2001 Australian Open. Until this day, she remains the youngest player to hold a gold medal for tennis.

Female Olympic gold medalists at tennis, by age, since tennis was reintroduced in 1988

Jennifer Capriati was born in March 1976, in Long Island, New York. In 1986, her family moved to Florida, where, following the instructions of Chris Evert’s father, Jimmy, she became a real tennis prodigy. Her very powerful groundstrokes were quite revolutionary in women’s tennis. At 13, she won the junior event at Roland-Garros, and she turned pro the next year, before even turning 14.

In March, she reached the final of her first WTA tournament, in Boca Raton, only defeated by world No 2, Gabriela Sabatini (6-4, 7-5). A few weeks later, in Charleston, she defeated the No 5 player in the world, Arantxa Sanchez (6-1, 6-1) and finished runner-up to Martina Navratilova (6-2, 6-4). Already ranked 24, Capriati then became the youngest player to ever reach the final four at Roland-Garros, where she eliminated world No 8 Mary Joe Fernandez before losing to Monica Seles (6-2, 6-2).

The following year, Capriati reached the semi-finals at both Wimbledon and the US Open, but in 1992, although she reached the quarter-finals at the Australian Open and at Roland-Garros, she seemed close to a burnout. Her school grades deteriorated at the same time as her relationship with her parents, and her father, Stefano, was accused of pushing her too hard. In August 1992, she was world No 6.

In August 1992, Steffi Graf was world No 2, behind Monica Seles. With her game based on a tremendous forehand which she could fire in any direction, legendary footwork and a top-notch backhand slice to neutralize her opponents, she had previously been sitting on top of the WTA ranking without interruption between 1987 and 1991. Graf completed an amazing Golden Grand Slam in 1988, claiming the gold medal at the Olympic Games on top of the four Grand Slam crowns, a unique achievement in tennis history.

The facts : Capriati wins her biggest title so far

In August 1992, although she was only 16 years old, Jennifer Capriati, the youngest player to have ever reached the semi-finals of a Grand Slam event, at the age of 14, was already on the verge of a burnout. Her outstanding results at such a young age had put a big pressure on the teenager’s shoulders, and even though her latest results allowed to be world No 6, she was expected to do better. Her relationship with her father, Stefano, deteriorated as he was accused of pushing her too hard, and in March 1992, he hired Steffi Graf’s former coach, Pavel Slozil, in order to take a step back.

“Right now she needs me as a father, not as a coach,” he told Sports Illustrated at the time. Slozil was fired in April. Nevertheless, Capriati had reached at least the quarter-finals of the last five Grand Slam tournaments, but she had never qualified for the final, and she was desperate for a first major success. She prepared for the Barcelona Olympic Games, which were held on clay, with a Spanish coach, Manolo Santana, and, with a new consistency, she stormed through her first rounds, until the semi-finals, where she defeated world No 3, Arantxa Sanchez-Vicario (6-3, 3-6, 6-1).

In the final, she faced Steffi Graf, whom she had never defeated in four previous encounters. The German, who had lost her No 1 throne in 1991 to Monica Seles, had just triumphed at Wimbledon, and, in the absence of her greatest rival, she was the first seed at the Olympic tournament. After her close loss to Seles in the Roland-Garros final, her success in London reminded everyone that she was only 23 and that she didn’t intend to give up her fight for major titles and the world No 1 ranking. She made her way into the final without dropping a single set, and she was the heavy favourite.

Graf started magnificently to win the first set, 6-3, but in the second set, Capriati increased her level and stopped donating free points. Graf’s forehand, her trademark weapon, wasn’t as lethal as usual. The German lost her patience and uncharacteristically missed 48 forehands throughout the final. The American leveled the game by taking the second set, 6-3.

The decider began with both players giving away their first service game. At 4-4, Graf rallied back from 0-40, but she was finally broken, and a few minutes later, she netted a last forehand, which made Jennifer Capriati the new Olympic champion.

“She was very steady from the baseline and she didn’t give me a lot of errors like she sometimes does,” said Graf, according to The New York Times “She was patient, which I wasn’t.”

Capriati, who despite her young age, had just claimed a long-awaited first major title, felt very emotional during the trophy ceremony.

“It was so emotional. I had the chills the whole time. I just can’t believe it. All week I watched the other athletes up there and I was with them and I thought, ‘Wow, that would be so cool.’

What happened next : yes, Capriati will become number one

Unfortunately, Capriati’s struggle to handle the pressure put on her shoulders by the media only increased in the following months and in 1994, she would even quit tennis temporarily. Back on the tour in 1996, she would not achieve any remarkable results until the 2000 Australian Open, where she would reach the semi-finals. This would be the start of a new career: from 2001 to her retirement in 2004, Capriati would never leave the top 10 again, claiming 3 Grand Slam titles (the Australian Open in 2001 and 2002, Roland-Garros in 2001), and reaching the semi-finals no less than six times. In October 2001, Capriati would become world No 1, a spot she would hold for 17 weeks.

After Seles’s stabbing in 1993, Graf would recover the top spot until 1997, setting a new record of 377 weeks spent as world No 1. By winning the 1995 US Open, she would become the only woman in history to win each of the four Grand Slam titles at least four times. When she would retire in 1999, soon after claiming her last major crown in Roland-Garros, she held an amazing total of 22 Grand Slam tournaments.