Every day, Tennis Majors takes you back in time to celebrate a great moment in tennis history. Today, we go back as far as 1900 to witness Dwight Davis himself win the very first match of the International Lawn Tennis Challenge, later known as the Davis Cup 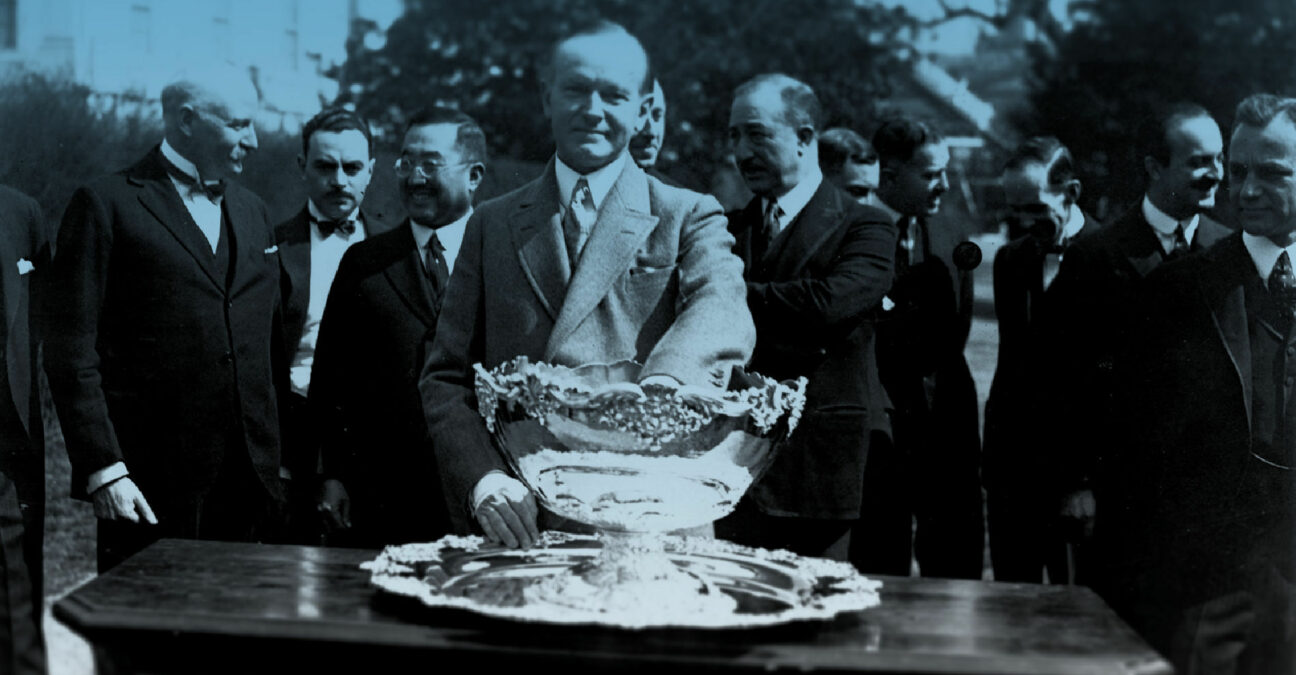 On this day, August 8, 1900, a new international competition, the International Lawn Tennis Challenge, began at the Lockwood Cricket Club, in Boston. In this team contest between the United States and Great Britain, Dwight Davis, the founder of the event, won the opening match against Ernests Black (4-6, 6-2, 6-4, 6-4), before his teammate Malcolm Whitman gave their team a 2-0 lead.

The first Davis Cup tie of all-time was held at the Longwood Cricket Club, in Boston, a club which already hosted the Longwood Bowl tournament, attracting top American players since 1883.

The idea of an international team challenge at tennis came to Dwight Davis in 1899. That year, Davis, a law student at Harvard University, travelled to the West Coast with three other collegiate players to challenge the best tennis players in California. The enthusiasm around the matches gave Davis the idea of an international challenge. After having received the approval of the USLTA, he challenged the greatest tennis nation, Great Britain, to send its best players to compete against the United States in the International Lawn Tennis Challenge. Following Davis’ idea, the format was the one that would remain the iconic Davis Cup format for 118 years: two singles matches on day 1 and 3, with doubles encounters in the day between.

The British LTA agreed to send their team, playing at the time under the name of the British Isles, and Davis bought the trophy, the soon-to-become famous silver bowl, on his own money. The tie was scheduled on August 8-10, 1900, at the Longwood Cricket Club, in Boston, on grass courts. 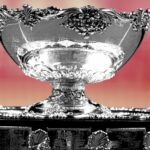 It was Dwight Davis himself, runner-up of the 1898 US Nationals, who played the opening match. Relying on his famous serve, the left-hander defeated Ernests Black (4-6, 6-2, 6-4, 6-4) to become the first player to ever score a win in this brand new competition. In the second rubber of the day, his teammate, Malcolm Whitman, known for being the US Nationals double defending champion, defeated Arthur Gore (a future three-time Wimbledon champion, 6-1, 6-3, 6-2) to give the United States a 2-0 lead.

On the following day, Davis paired with Holcomb Ward, with whom he had won three US Nationals titles in doubles, to defeat the British team (6-4, 6-4, 6-4) and seal the first win in the history of the International Lawn Tennis Challenge. Unfortunately, the fourth rubber was interrupted by rain, and the final score remained 3-0. Although the players didn’t know it, they had written the first page of the history of one the most popular and prestigious sports competitions that ever was.

What happened next: the history of the Davis Cup

The competition created by Dwight Davis would outlive its creator. The United States would hold the record of the most Davis Cup titles, with 32 victories, followed by Australia (28 titles). The longest winning streak would be racked up by the United States with 7 consecutive titles (1920-1926), followed by France (6 titles, 1927-1932). However, until 1972, the Davis Cup would be played with the rule of the Challenge Round, meaning that all the teams were competing, sometimes in different zones, to determine who was going to challenge the defending champion for the title.