December 15, 1990: The day Brad Gilbert squared up to David Wheaton

On this day in tennis history, fans saw an unedifying display in the semi-final of the inaugural Grand Slam Cup. 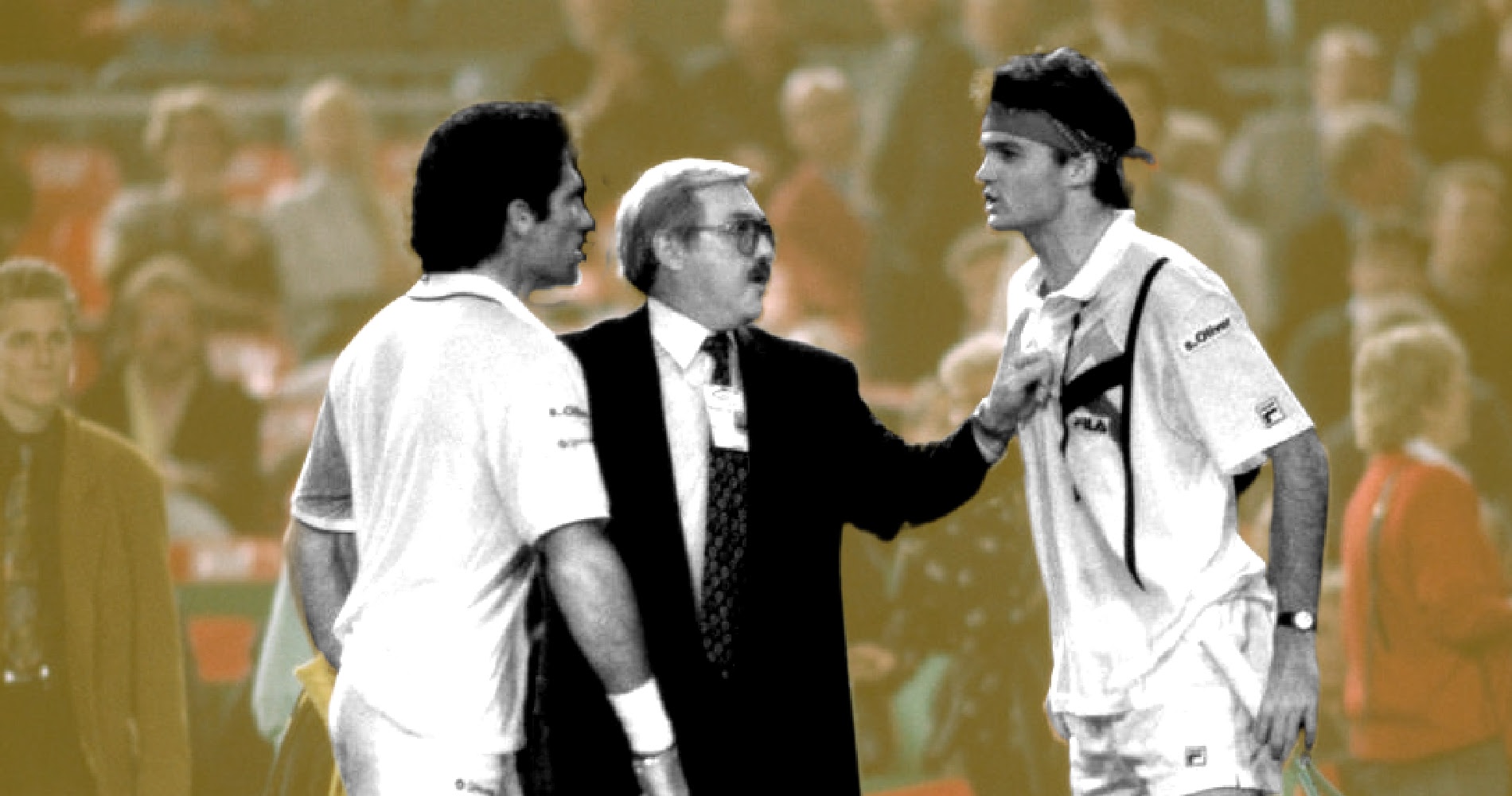 On this day, December 15, 1990, in the semi-finals of the first Grand Slam Cup, Brad Gilbert prevailed in five sets against David Wheaton (3-6, 6-3, 7-6, 2-6, 6-4) after the players almost came into a fight at a changeover at the end of the third set. The argument had started after the chair umpire reversed an important call, and it got out of control when Wheaton’s brother shouted at Gilbert.  “It was in the heat of the moment and we are playing for a lot of money,” Gilbert said to The New York Times, referring to the unusual prize money distributed by the brand-new Grand Slam Cup. 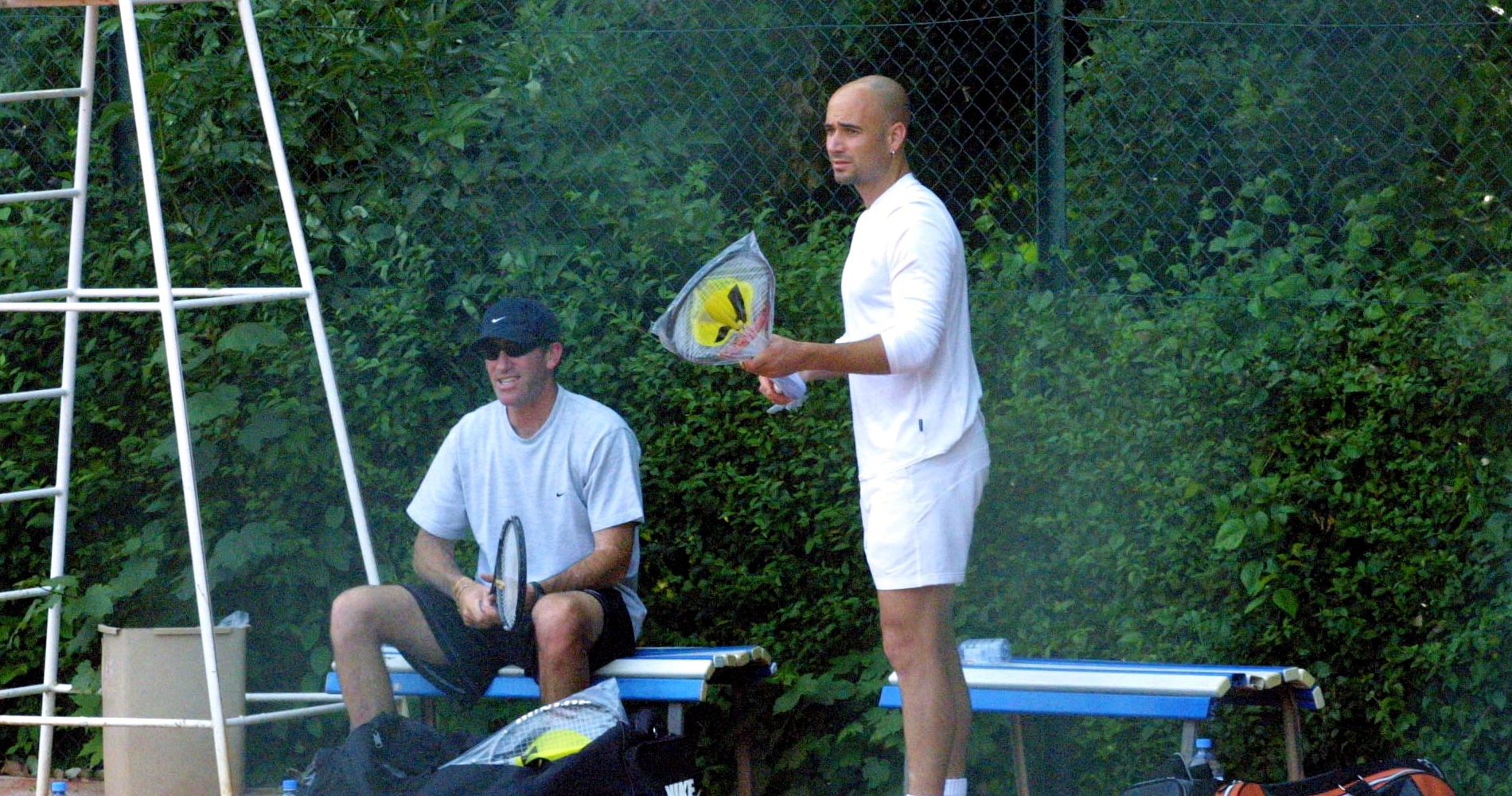 The Grand Slam Cup was established in 1990 by the International Tennis Federation to compete with the ATP year-end Masters Cup. The 16 best-performing players in the year’s Grand Slam events qualified to compete in the event, and, after the two first rounds were played under a best-of-three sets format, the semi-finals and the finals were best of five sets. The Grand Slam Cup was a controversial tournament. Paying out the highest prize money of any tournament in tennis, it didn’t distribute any ATP points. On top of that, it was held in December, after the top players had already played a very long season.

Before their clash in the semi-finals of the Grand Slam Cup, Brad Gilbert and David Wheaton had already faced each other three times, and Gilbert had prevailed each time, even in their epic Wimbledon fourth round (6-7, 3-6, 6-1, 6-4,13-11). This time though, something different was at stake. The newly established Grand Slam Cup paid much more than any other event on the Tour, leading this semi-final to be, according to Gilbert, “a million-dollar match”.

Wheaton took the first set, and Gilbert the second. The third set was so close that the players found themselves at 6-6 in the tiebreak, and this was the moment where the tennis match almost turned into a boxing contest. Gilbert hit a volley that was called out by the linesman, but before he could express his disagreement, the call was reversed by the umpire, Stephen Winyard, giving him the point. In his book, Winning Ugly, Gilbert gave his own version of that moment.

“Now all hell breaks loose. Wheaton is screaming bloody murder at Winyard. And he had a right to be hysterical. It’s bad to overrule calls when they’re close. And especially at crucial moments. (…) Wheaton screams that the call can’t be overruled, that the linesman had a better look at it, that the umpire is destroying the match! He is vicious mad. (…) I don’t blame him.”

Despite Wheaton’s outburst, and despite his brother’s tantrum in the stands, the point was still given to Gilbert. Furious, Wheaton saved the set point with an ace, but at 7-7, he double-faulted, and Gilbert sealed the set on the following point.

When Gilbert sat down at the changeover, Wheaton’s brother yelled at him. “I’m going to kick your ass, Gilbert!” Gilbert complained to the umpire, but as he walked past Wheaton to resume the game, his opponent spoke words that he would describe as “unprintable”.  Gilbert’s version of the story continues:

“It was like one of those schoolyard fights where everybody’s calling each other names. (…) Wheaton bumps me as I bump into him. We are nose-to-nose and yelling in each other’s face. It is a zoo.”

Finally, another umpire, Frenchman Bruno Rebeuh, stood between the two players to stop this nonsense. The game resumed, and, although Wheaton came to his senses and took the fourth set, Gilbert prevailed in the end, 6-4 in the deciding set.

“He started crying and whining and he got his way like a child,” Wheaton said later of Gilbert, according to The New York Times. “He came over and invaded my space. If he had thrown the first punch, I would have been pretty happy.”

Exhausted by this nerve-wrecking semi-final match, Brad Gilbert would be easily defeated in the final by Pete Sampras (6-3, 6-4, 6-2). Gilbert would slowly decline in the early 1990s, and he would then become famous as a tennis coach, leading Andre Agassi to become world No 1. He would also write a book, Winning Ugly, where he would explain his views on the game. After his coaching career would end, Brad Gilbert would work as a TV commentator.

Our runner-up in 1991. A @Wimbledon semi-finalist the same year too. pic.twitter.com/D4HiBtG09X

David Wheaton’s best year would be 1991. That year, he would reach the Wimbledon semi-finals (defeated by Boris Becker, 6-4, 7-6, 7-5), climbing as high as world No 14, and at the end of the year, he would triumph at the Grand Slam Cup (defeating Michael Chang in the final, 7-5, 6-2, 6-4), a win that would by itself represent half of his total career earnings. Suffering multiple injuries, Wheaton would remain a top 50 player until 1997, but, in six encounters, he would never defeat Brad Gilbert.

The controversial Grand Slam Cup would survive until 1999, and in 2000 it would be merged with the Masters Cup into one year-end tournament.