Each day, Tennis Majors takes you back in time to an important moment in the sport’s history. On this day in 1985, Martina Navratilova defeated her greatest rival Chris Evert 6-2, 4-6, 6-2 in the final of the Australian Open. 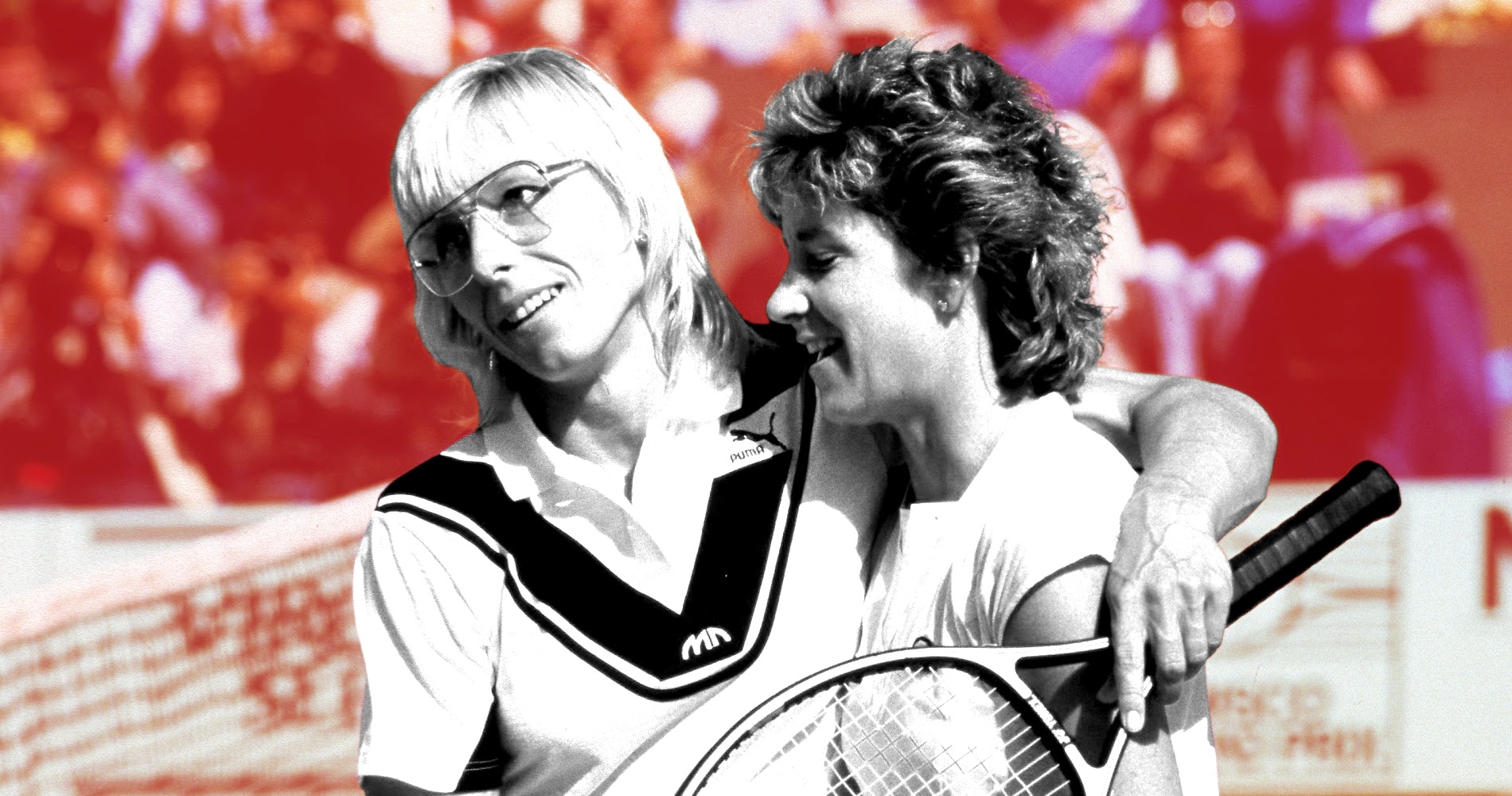 On this day, December 7, 1985, Martina Navratilova defeated her greatest rival Chris Evert 6-2, 4-6, 6-2 in the final of the Australian Open. Making it all the more important, the world No 1 spot was at stake. It marked Navratilova’s third and and final title in the tournament. It was already the 67th encounter between the two legends, and Navratilova — who had lost 16 out of their first 20 matches — now led 35-32. It was also the 13th time the two women faced each other in a Grand Slam final, with Navratilova having won 10 times.

At the start of 1985, Martina Navratilova — born in 1956 — was the undisputed world No 1. According to her rival Chris Evert, she took fitness to a new level in women’s tennis by introducing the idea of cross-training — playing other sports such as basketball in order to improve her physical condition. She reached the top spot for the first time in 1978 after claiming her first Grand Slam title at Wimbledon (defeated Evert 2-6, 6-4, 7-5 in the final). She successfully defended her crown at the All England Club in 1979, and in 1981 she triumphed for the first time at the Australian Open — each time defeating Evert in the final. In those years, Navratilova fought for the world No 1 spot with Evert and Tracy Austin, but starting in 1982 Navratilova took a strong hold on the tour. That year she completed the career Grand Slam by lifting the trophy at both Roland-Garros (defeating Andrea Jaeger 7-6, 6-1) and Wimbledon (defeating Evert 6-1, 3-6, 6-2). In 1983, her hold on the tour changed into complete domination. When she arrived at the 1984 Australian Open, she had won the last six Grand Slam tournaments (from Wimbledon 1983 through the 1984 US Open), which was a record on either the men’s and women’s tour. However, at the Australian Open she missed the opportunity to achieve a calendar-year Grand Slam. In 1985, Navratilova lost one of the greatest Roland-Garros finals of all time, defeated by Evert 6-3, 6-7, 7-5), whom she beat a few weeks later in the Wimbledon final (4-6, 6-3, 6-2) for her sixth crown in London. She was then defeated in the US Open by Hana Mandlikova (7-6, 1-6, 7-6), but thanks to the 11 titles she had claimed throughout the year, she was still world No 1 at the start of the 1985 Australian Open. 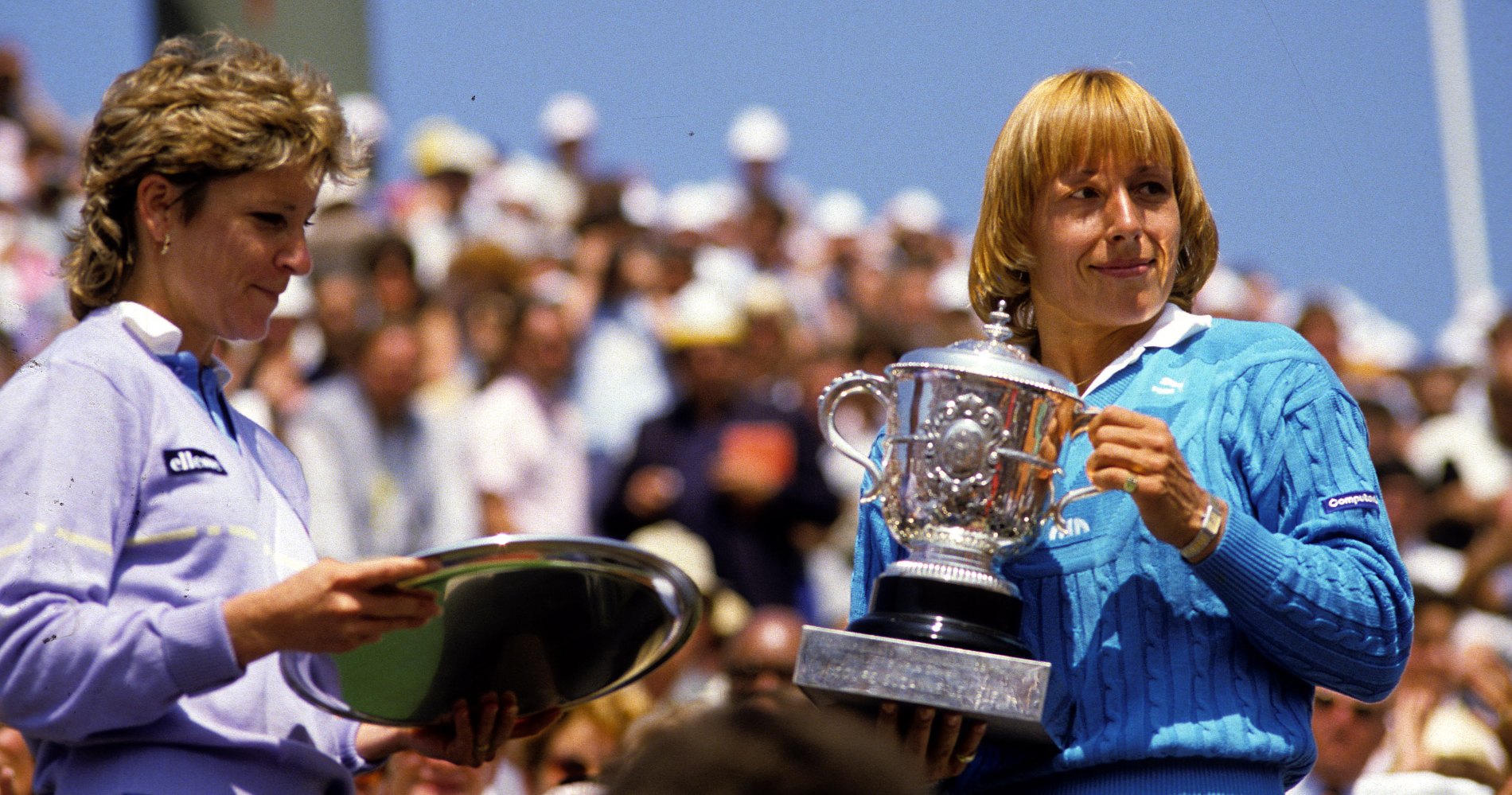 Unlike the other Grand Slam tournaments, the Australian Open (first known as the Australasian Championships and later the Australian Championships) had moved several locations throughout the years. In fact, the event switched cities every year before it settled in Melbourne in 1972, and no fewer than five Australian cities had hosted the event at least three times: Melbourne, Sydney, Adelaide, Brisbane, and Perth. The event was held on grass at the Kooyong Stadium, in an upmarket eastern suburb of Melbourne. Its timing had changed several times, too, between early December and January — going from being the first Grand Slam of the year to being the last. Until 1982, many of the best players skipped the Australian Open, because of the remoteness, the inconvenient dates (around Christmas and New Year’s Day), and the low prize money.

Twelve months after her shocking semi-final loss to Helena Sukova (1-6, 6-3, 7-5), which prevented her from completing the calendar-year Grand Slam, Navratilova was back in Melbourne for the 1985 Australian Open. Although she was still world No 1, her domination on the tour had not been as outrageous as in 1984. At Roland-Garros, her forever rival Evert had reclaimed her clay court supremacy, beating her in one of the greatest finals in the tournament’s history. Navratilova took her revenge in the Wimbledon final, but at the US Open, Mandlikova defeated her in the final — proving that she was not as invincible as she used to be. In fact, at Kooyong, Navratilova faced Mandlikova again in the semi-finals and survived a 6-7, 6-1, 6-4 thriller.

In the final, Navratilova faced Evert for the 67th time. The odds were undoubtedly in her favour: she had beaten her rival nine times in 12 Grand Slam finals, and her game was more suited for grass courts. Furthermore, she had won 15 of their last 17 encounters. However, there was more at stake than the Australian Open: in case Evert won, she would seize the year-end world No 1 spot.

The first set lasted only 28 minutes. Navratilova, with her natural grass-court game, totally outclassed Evert — even winning 12 consecutive points at one stage. In the second set, the six-time Roland-Garros champion found her rhythm, and even though it took her eight set points to seal the deal, she leveled the match at one set all. However, the first-set scenario repeated itself in the decider; Navratilova’s aggressive game put too much pressure on Evert, who made way too many mistakes to keep up with her rival.

”After the second set there was a lot of pressure on both of us and she handled it better,” Evert said, according to The New York Times. ”Martina must be considered No 1 now.”

“That was tough on the nerves,” said Navratilova. “It seems Chris and I always play great matches.… Even though I lost the second set, I felt in control, I knew this was it. I knew it was for the No 1 ranking. I was going to go after it, and I did.”

Navratilova would become, according to Billie Jean King, “the greatest singles, doubles, and mixed doubles player who ever lived.” In the Open Era, no male or female player would ever win more singles tournaments (167), doubles tournaments (177), or matches (2,189) than Navratilova. At the end of her career, she would hold 18 Grand Slam titles in singles, 31 in doubles, and 10 in mixed doubles while completing the career boxed Grand Slam: winning every major tournament in singles, doubles, and mixed doubles. She would spend a total of 332 weeks as world No 1, but she would never achieve the calendar-year Grand Slam.

“Martina is definitely one of my closest friends right now,” Evert would tell apnews.com. “We have no competition. There’s no tension in our relationship whatsoever. It’s a freeing kind of a feeling.”