Tennis Majors > Our features > On this day > February 19, 2006: The day John McEnroe came out of retirement to win a doubles title at 47

February 19, 2006: The day John McEnroe came out of retirement to win a doubles title at 47

Every day, Tennis Majors looks back at the biggest moments in tennis history. On February 19, 2021, John McEnroe, coming out of retirement, won the doubles title in San Jose with Jonas Bjorkman 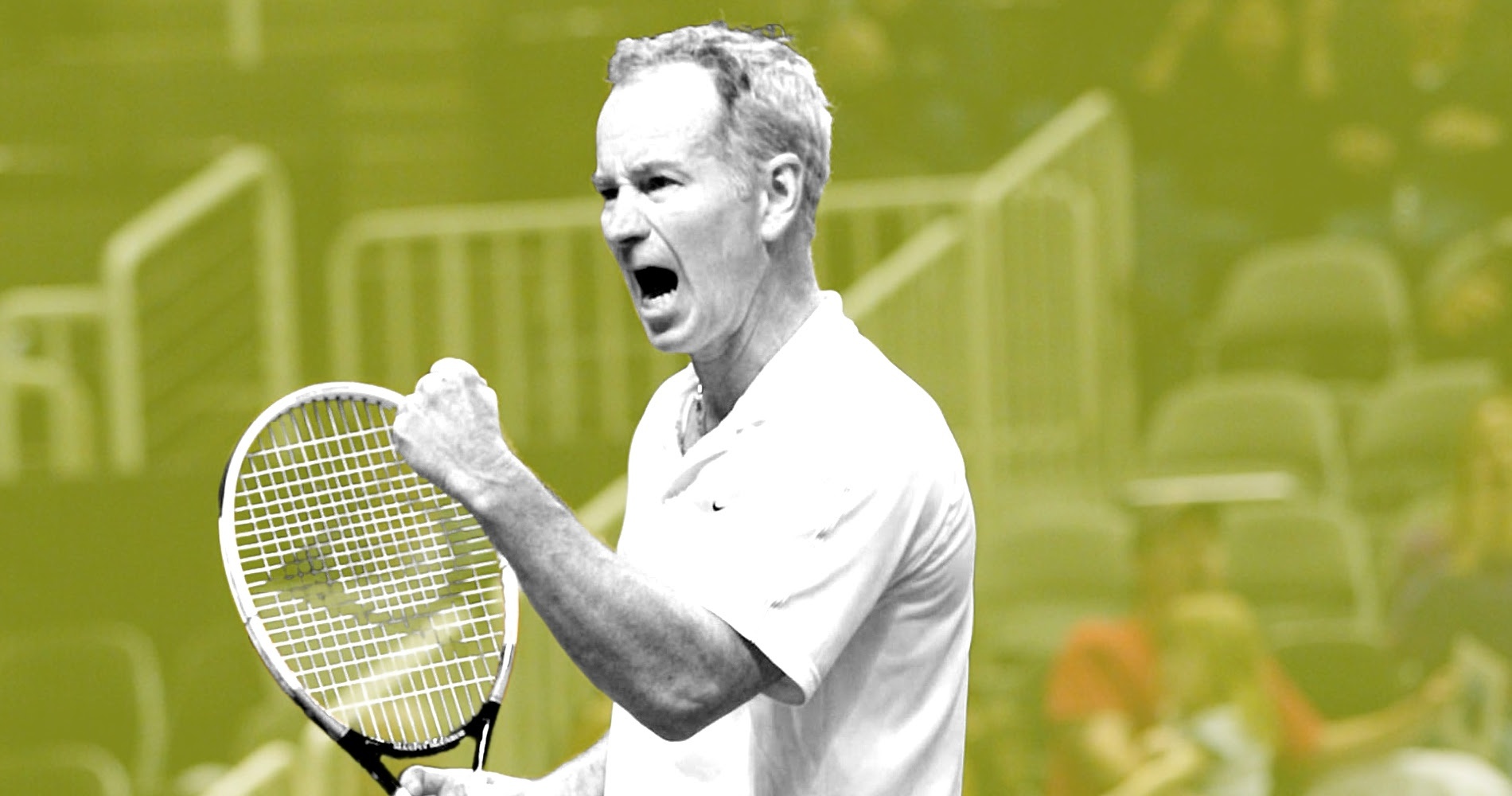 On this day, February 19, 2006, 47-year-old John McEnroe, coming out from retirement, won the doubles event in San Jose, partnering Jonas Bjorkman, from Sweden. The American, mostly remembered for his success in singles, had been world No 1 in doubles for 269 weeks in the 1980s, claiming no fewer than nine Grand Slam titles (seven with Peter Fleming, one with Mark Woodforde and one partnering Michael Stich). 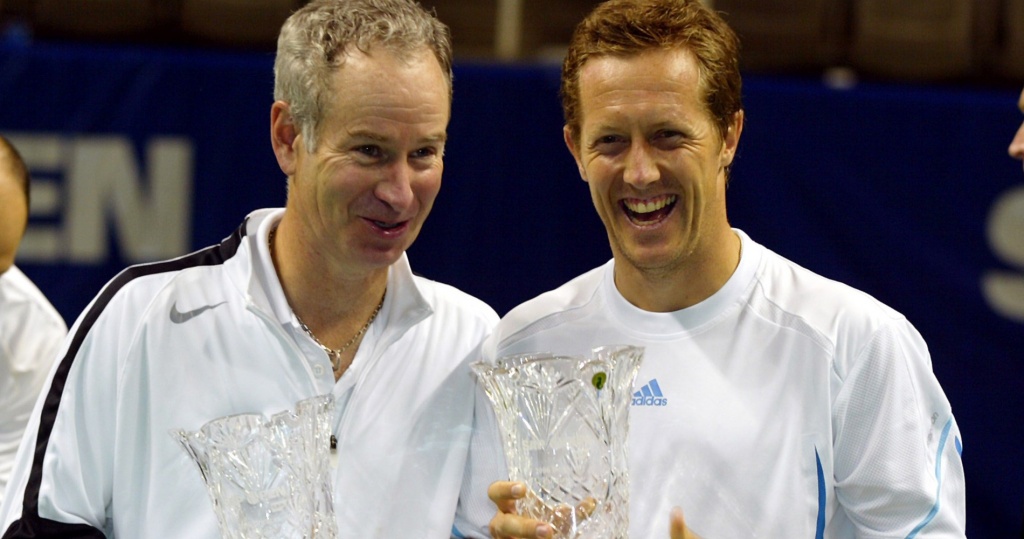 John McEnroe, born in 1959, had been world No 1 for 170 weeks between 1980 and 1985. “Mac” was very talented, his game based on precision and touch on top of an iconic and lethal serve. He was also known for his shocking on-court behaviour in the well-mannered world of tennis. He was sometimes vulgar and his constant quarreling with the officials did not go unnoticed in a gentleman’s sport. The American lefty had claimed seven Grand Slam titles; three at Wimbledon (1981, 1983, 1984), and four at the US Open in New York (1979, 1980, 1981, 1984). In 1979, he became the youngest ever US Open Champion, defeating Vitas Gerulaitis (7-5, 6-3, 6-3), and in 1980, he played his most famous match in the Wimbledon final, where he lost in five sets against Bjorn Borg, after winning an outstanding tiebreak in the fourth set (18-16). His peak season had been 1984, when, after a heartbreaking loss to Ivan Lendl in the French Open, he triumphed not only at both Wimbledon and the US Open, but also at the Masters Cup and the Davis Cup, finishing the year as the undisputed world No 1, holding an 82-3 record. After 1984, McEnroe’s domination came to an end. In 1986, mentally worn out, he even took a break from the tour to marry Tatum O’Neal. After he came back, “Mac” was not the champion he used to be. He didn’t reach the semi-finals in any major event until Wimbledon 1989, where he was defeated by Stefan Edberg (7-5, 7-6, 7-6). John McEnroe would decline until his retirement, at the end of 1992. His last remarkable result would be reaching the 1992 Wimbledon semi-finals (lost to Andre Agassi, 6-4 6-2 6-3). The American was also a great doubles player, who remained world No 1 for 269 weeks in the 1980s, claiming no fewer than nine Grand Slam crowns. Once his career was over, he became a famous sports commentator. 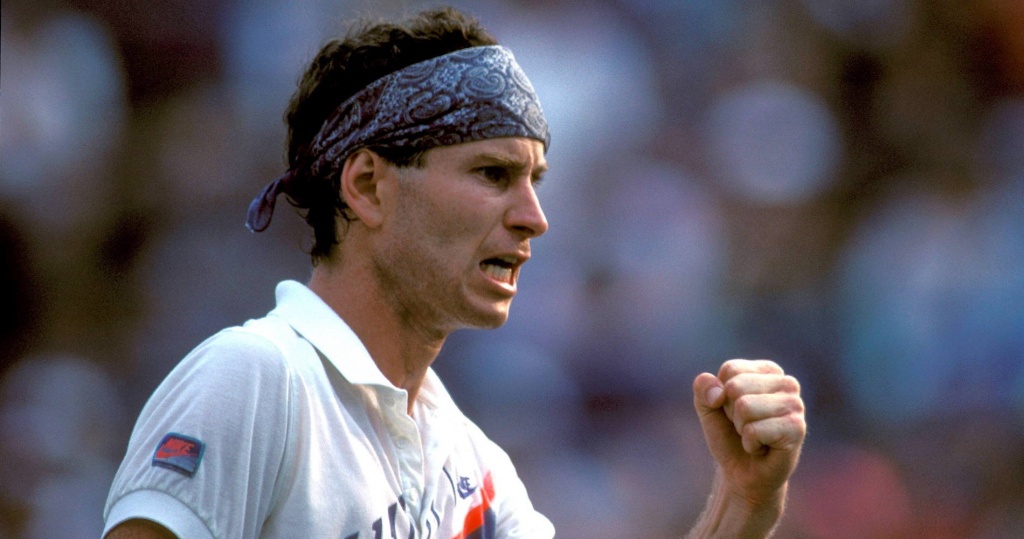 Neither Paul Goldstein nor Jim Thomas had ever played an ATP final in singles, although Goldstein had reached world No 58. Together, they had reached four finals in doubles and they had made their way into the 2005 US Open semi-finals.

Considered by many experts as the best doubles player in tennis history, John McEnroe, 47 years old, had decided to attend the tournament in San Jose to prove that senior players were still capable of playing doubles. To maximize his chances, he teamed up with another doubles legend, Jonas Bjorkman, a nine-time Grand Slam champion.
The surprising team faced the biggest challenge on paper in the first round, against Wayne Arthurs and Stephen Huss, from Australia, whom they defeated 6-3, 6-3. The old-timer didn’t seem disturbed by the power of the younger players. “What really impressed me was how he managed to take the power of the younger guys so well,”, said Bjorkman.
The American and the Swede survived a scare in the semi-finals, winning a close match against Jaroslav Levinsky and Robert Lindstedt (6-3, 4-6, 10-8). The hype started to grow, but in the final, where they faced Paul Goldstein and Jim Thomas, who had reached the final of the last US Open, McEnroe and Bjorkman didn’t choke. Challenged into a deciding super tiebreak they finally prevailed (7-6, 4-6, 10-7).
“I’m not surprised,” Bjorkman said. “He’s so smart. He plays with his head.”
“I’m surprised that it went to the final tiebreaker, but the right team won,” McEnroe told reporters after the match. “Jonas carried the weight. When I came here, I thought we could either lose in the first round or win the whole thing.”
The last tournament won by McEnroe had been the Paris Indoors Open, in November 1992, partnering his brother Patrick. Pleased by his success, the American thought of attending a few other ATP tournaments before returning on the senior tour. “Maybe I can find some of the younger American guys to play with,” he said

In the end, John McEnroe would only compete in one more ATP tournament, in October 2006. Partnering the same Jonas Bjorkman, they would win one match at the Stockholm Open before being defeated by Simon Aspelin and Todd Perry (7-6, 7-6).