Every day, Tennis Majors takes you back in time to relive a tennis event which happened on this specific day. On this day in 1992, two of the biggest legends of the sport would clash for the 36th and final time in their careers 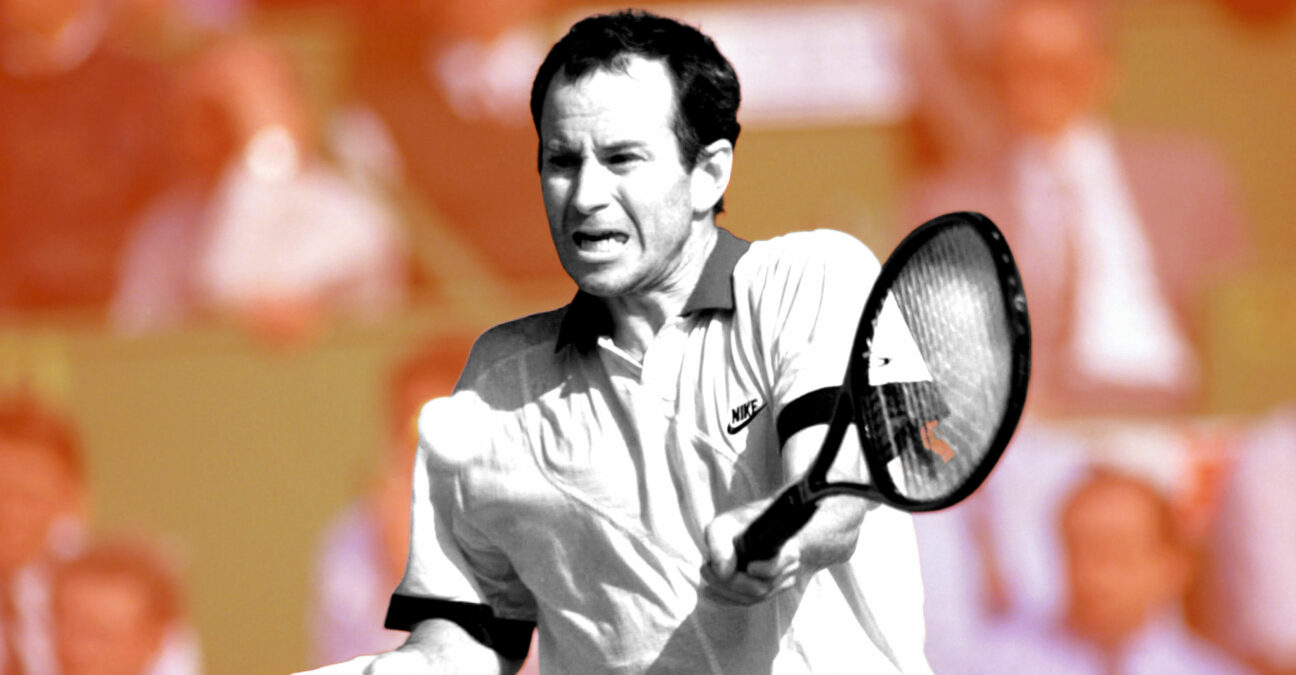 On this day, July 23 in 1992, at the Canadian Open in Toronto, Ivan Lendl and John McEnroe played the 36th and final episode of their famous rivalry. Not only had they been fierce rivals on court, but their opposite game style and personalities made them as different as possible. In this last encounter, only a few months before McEnroe retired, Lendl, who had not lost to his old-time rival in three years, prevailed for the 21st time in their series.

Born in 1960, Ivan Lendl was ranked No 12 in the world in July 1992. After turning professional in 1978, he stood as one of top four players in the world since 1980, along with Bjorn Borg, John McEnroe and Jimmy Connors. Although he had won dozens of ATP tournaments, including the Grand Prix Masters in 1981 (defeating Vitas Gerulaitis, 6-7, 2-6, 7-6, 6-2, 6-4), he had not won a Grand Slam title before 1984. In fact, he had been beaten in Grand Slam finals, once at Roland-Garros (defeated by Bjorn Borg in 1981), twice at the US Open (beaten by Jimmy Connors in 1982 and 1983), and once at the Australian Open (lost to Mats Wilander in 1983). In 1984, Lendl eventually triumphed at the 1984 Roland-Garros, defeating John McEnroe in an epic final where he came back from two sets down to lift his first Grand Slam trophy.

John McEnroe, born in 1959, had been world No 1 for 170 weeks between 1980 and 1985. “Mac” was very talented, his game being based on precision and touch on top of an iconic and lethal serve. He was also known for his shocking on-court behaviour in the well-mannered world of tennis.  He was sometimes vulgar and his constant quarreling with the officials did not go unnoticed in a gentleman’s sport. The American left-hander had claimed seven Grand Slam titles: three at Wimbledon (1981, 1983, 1984), and four in New York (1979, 1980, 1981, 1984). In 1979, he became the youngest ever US Open champion, defeating Vitas Gerulaitis (7-5, 6-3, 6-3), and in 1980, he played his most famous match in the Wimbledon final, where he lost in five sets against Bjorn Borg, after winning an incredible tie-break in the fourth set (18-16).

His peak season had been 1984, when, after a heartbreaking loss in the French Open final, he went on to win Wimbledon and the US Open, but also at the Masters Cup and the Davis Cup, finishing the year as the undisputed world No 1, compiling an 82-3 record. After 1984, McEnroe’s domination came to an end. In 1986, mentally worn out, he even took a break from the tour to marry Tatum O’Neal. After coming back, “Mac” was not the champion he used to be. He did not reach the semi-finals in any major event until Wimbledon in 1989, where he was defeated by Stefan Edberg (7-5, 7-6, 7-6). At the 1990 Australian Open, still ranked No 5 in the world, he made himself famous by becoming the first player of the Open Era to be defaulted in a Grand Slam tournament. His decline went on, but in June 1992, ranked No 35, he made another semi-final run (defeated by Andre Agassi, 6-4, 6-2, 6-3) and climbed back to No 17 in the rankings.

The venue: The Canadian Open

The Canadian Open, also known as the Rogers Cup, established in 1881, was the second oldest tennis tournament in the world, after Wimbledon. The event is held every year in summer, alternately in Toronto and Montreal with each city taking turns to host the men’s and women’s event. The Canadian Open was a part of the prestigious Grand Prix from 1970 to 1989, and in 1990, when the ATP tour became the only professional circuit, it entered the Super 9 category, later known as the Masters 1000. Amongst former champions, Lendl, with six titles, held the record for the most titles claimed in Canada (1980, 1981, 1983, 1987-89), while McEnroe had lifted the trophy twice (1984, 1985).

When Ivan Lendl and John McEnroe faced each other in the quarter-finals of the 1992 Canadian Open, it was the 26th episode of one of the most famous rivalries in tennis history. Since their first encounter, won by McEnroe in Milan in 1980 (6-3, 1-6, 6-2), the two legends had played three Grand Slam finals. The most famous among them being the 1984 Roland-Garros final, where Lendl claimed his first major title, coming back from two-sets-to-love down to break McEnroe’s dream of ever lifting the French Open trophy (3-6, 2-6, 6-4, 7-5, 7-5). ‘Mac’ took his revenge a few months later in the US Open final (6-3, 6-4, 6-1), but in 1985, Lendl defeated him in straight sets to triumph at Flushing Meadows (7-6, 6-3, 6-4). Their rivalry was exacerbated by their different styles of game, with McEnroe stylishly rushing to the net, while Lendl methodically destroyed his opponents from the baseline. Besides that, according to fellow tennis pro Bill Scanlon, it was “the most personal rivalry in the Open era of tennis”. It is well-known that McEnroe once said, “I have more talent in my little finger than he has in his entire body”, but one of the first things that the left-hander held against Lendl was his penchant for aiming at his opponent at the net. “That just shows how classy a player he is,” explained McEnroe. “I have no respect for anyone who would go out of their way to hit a player.” At the time, “Ivan, the Terrible” responded to that complaint with his peculiar sense of humour: “It’s against the rules to hit him with my fist.”

This is why, despite the fact that, in 1992, Lendl led 20-15 in their head-to-head, and had won their last five encounters without dropping a single set, the prospect of seeing these two legends facing off against each other was still exciting. Although, in a tournament where they had faced each other in the final twice, and this was still just a quarter-final-match, the audience expected tension.  However, if there was any, it was only on McEnroe’s side. The three-time Wimbledon champion had not defeated Lendl since 1989, and this time, he was once again left clueless. Lendl sealed his 21st win over McEnroe with a final forehand winner to win 6-2, 6-4 and move into the Toronto semi-finals. He didn’t know it at the time, but this would be his last-ever encounter with the angry left-hander.

What next? Lendl and McEnroe would soon retire from tennis

Lendl would make his way into the Canadian Open final, where he would lose to the newly-crowned Wimbledon champion, Andre Agassi (3-6, 6-2, 6-0). He would claim the last of his 94 titles at the ATP event in Tokyo in 1993, and would retire at the end of 1994, suffering from a back injury. His rival, McEnroe, would retire a few months after his last encounter with his old-time rival, at the end of 1992. 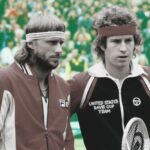