Every day, Tennis Majors takes you back in time to relive a tennis event which happened on this specific day. On June 1, 2009, John Isner saved 12 match points against Tommy Haas, setting a record for match points saved at a Grand Slam tournament 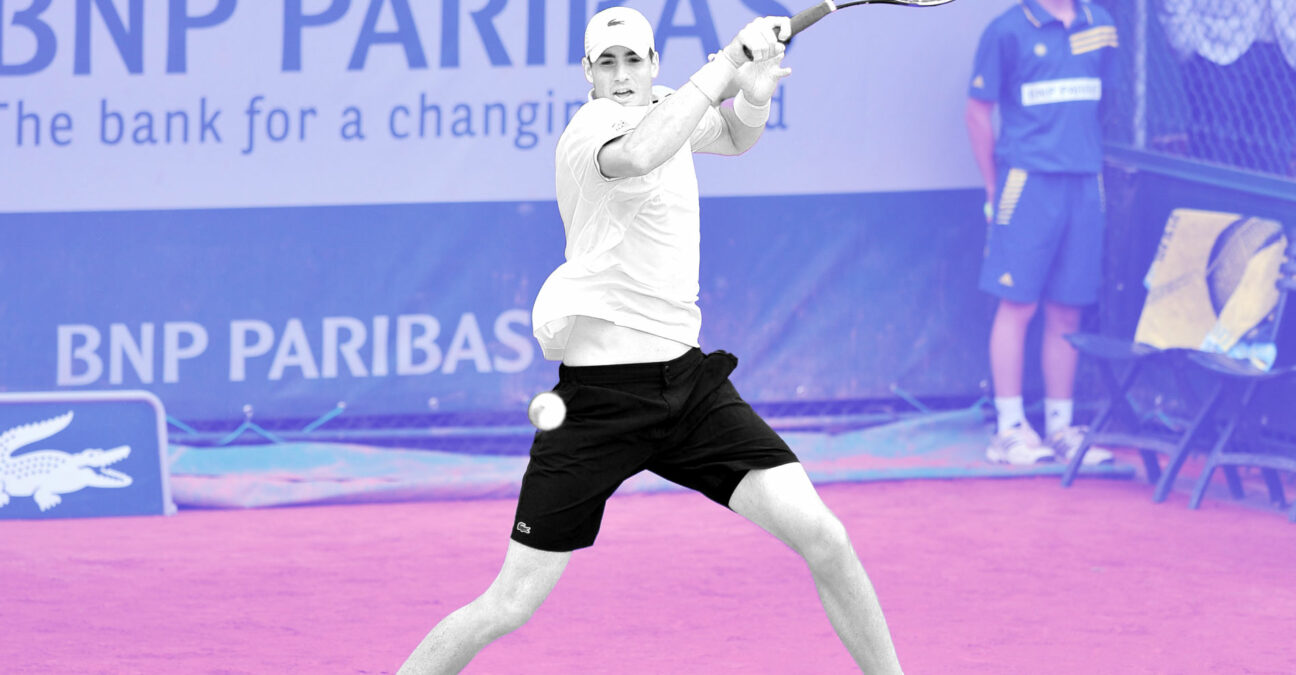 On this day, June 1, 2013, at Roland-Garros, John Isner, who had already played the longest match in tennis history at Wimbledon in 2010, set another record, saving 12 match points against Tommy Haas. No one had ever saved that many match points in the main draw of a Grand Slam tournament. However, the American, who had come back from two sets down, was finally defeated (7-5, 7-6, 4-6, 6-7, 10-8) in this four-hour and 37-minute third-round battle.

In 2013, 35-year-old Tommy Haas was the oldest player in the top 20. The German had developed his game as a teenager at Nick Bollettieri’s academy in Florida. With his powerful game and his pristine one-handed-backhand, he was considered as a potential world No 1, but although he climbed as high as world No 2, in 2002, he never even reached the final of a Grand Slam tournament. Throughout his injury-plagued career – he had already undergone surgery six times – Haas reached the semi-finals of four major tournaments (three times at the Australian Open, in 1999, 2002 and 2007, and once at Wimbledon, in 2009) and claimed 14 titles, including Stuttgart Masters 1000, in 2001 (defeating Max Mirnyi in the final, 6-2, 6-2, 6-2). Since his last surgeries, in 2010, he had made his way back once again into the top 20, and his biggest feat in recent years had been defeating Roger Federer in the Halle final, in 2012 (7-6, 6-4). At the start of the 2013 Roland-Garros Championships, he was ranked No 14 in the world.

John Isner, from the United States, was already known for having played the longest match in tennis history. In 2010, a memorable Wimbledon first round against Nicolas Mahut lasted 11 hours and five minutes — spread over three days.

Isner’s serve was his major weapon, and it was so difficult to break him that he was regularly involved in marathons despite his very aggressive game style. In 2010, he claimed his first title in Auckland, saving a match point in the final before edging Arnaud Clement (6-3, 5-7, 7-6) a few months before leaving an indelible mark in tennis history at Wimbledon. Although clay was not his favourite surface, he had shown that his lethal serve could be also dangerous on red dirt: in 2011, he was the first player to ever push Rafael Nadal into a fifth set at Roland-Garros (lost 6-4, 6-7, 6-7, 6-2, 6-4). In February 2012, it was on clay that he defeated Roger Federer himself in the Davis Cup first round (4-6, 6-3, 7-6, 6-2). That year, at Roland-Garros, Isner was defeated by Paul-Henri Mathieu in the longest uninterrupted match in the tournament’s history (6-7, 6-4, 6-4, 3-6, 18-16 after five hours and 41 minutes). In June 2013, Isner was ranked No 21 in the world. 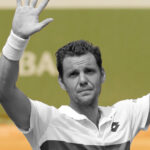 The story took place at Roland-Garros, Paris. The stadium, located in the west of Paris at the edge of the Bois de Boulogne forest, had been hosting the French Grand Slam since 1928. It was the first and now only Grand Slam to be played on clay, the slowest surface, which made it the hardest tournament to win from a physical perspective. In 1980, the first circular-shaped court in the world was introduced; first known as the “Central Bis,” or “the Bullring,” it remained as Court No 1 in tennis history. Smaller than the Center Court, its shape and size gave it a specific vibe, and many dramatic matches were played there in front of enthusiastic fans.

In 2013, Tommy Haas entered the Roland-Garros draw as the No 12 seed, his highest seeding position at a Grand Slam in almost six years. A year ago in Paris, the German had come through the qualifying draw to earn his spot in the main draw. However, Roland-Garros was played on his least favourite surface, and it was the only one out of the four Grand Slams where he had never reached the quarter-finals. The Parisian crowd mainly remembered him for his dramatic loss in the 2009 fourth round, where he was defeated in five sets by Roger Federer despite a two-set lead.

The 35-year-old German, after his second-round win against Jack Sock, was now the oldest player still alive in the draw. His next opponent was Isner, who, twelve months earlier, had lost against Paul-Henri Mathieu in the longest uninterrupted match in the tournament’s history.

Meanwhile, Isner’s main concern was to keep up with his opponent. Although the match was scheduled on court No 1, which usually suited great servers, the German remained solid to take the first two sets (7-5, 7-6), but was broken once in the third set, which he lost, 6-4. The match took a dramatic turn in the fourth set, when trailing 6-5 on his serve, the American saved nine match points to push his opponent into a tiebreak, where he saved three additional match points. The German obtained only one of these 12 opportunities on his own serve, but, unfortunately, he double faulted. Isner won the tiebreak, 12-10, and seized the momentum to take a 4-1 lead in the deciding set.

Being down a break against a server like Isner was a desperate situation, but suddenly, the 2010 Wimbledon hero began to be struck by cramps. At 5-4 it was Haas’ turn to save a match point, but nine games later it was the German who finally prevailed (7-5, 7-6, 4-6, 6-7, 10-8). At the changeover before the very last game, Isner didn’t even sit down on his chair due to the fear of not being able to get up again.

“At 4-1, I started to feel cramps in my legs, it’s a real shame,” said Isner, according to eurosport.com. “I couldn’t really run anymore, especially after the serve. Tommy is an incredible player; he’s really talented. He works hard. He has overcome many injuries. He really deserves the success he’s getting at 35 years old. I would never have imagined that he could actually do it, but he has a lot of courage and perseverance.”

In the next round, Haas would easily defeat Mikhail Youzhny (6-1, 6-1, 6-3), which would allow him to reach the Roland-Garros quarter-finals for the first time, in his 12th attempt. There, Novak Djokovic would be too strong for the German (6-3, 7-6, 7-5). Haas would finish 2013 as the world No 12, his highest year-end ranking since 2007. Although Haas would only retire in 2018, he would only be able to play sporadically in the following years while undergoing three more surgeries.