On this day in tennis history, a Frenchwoman achieved an incredible feat at her home Grand Slam. Here’s how it happened 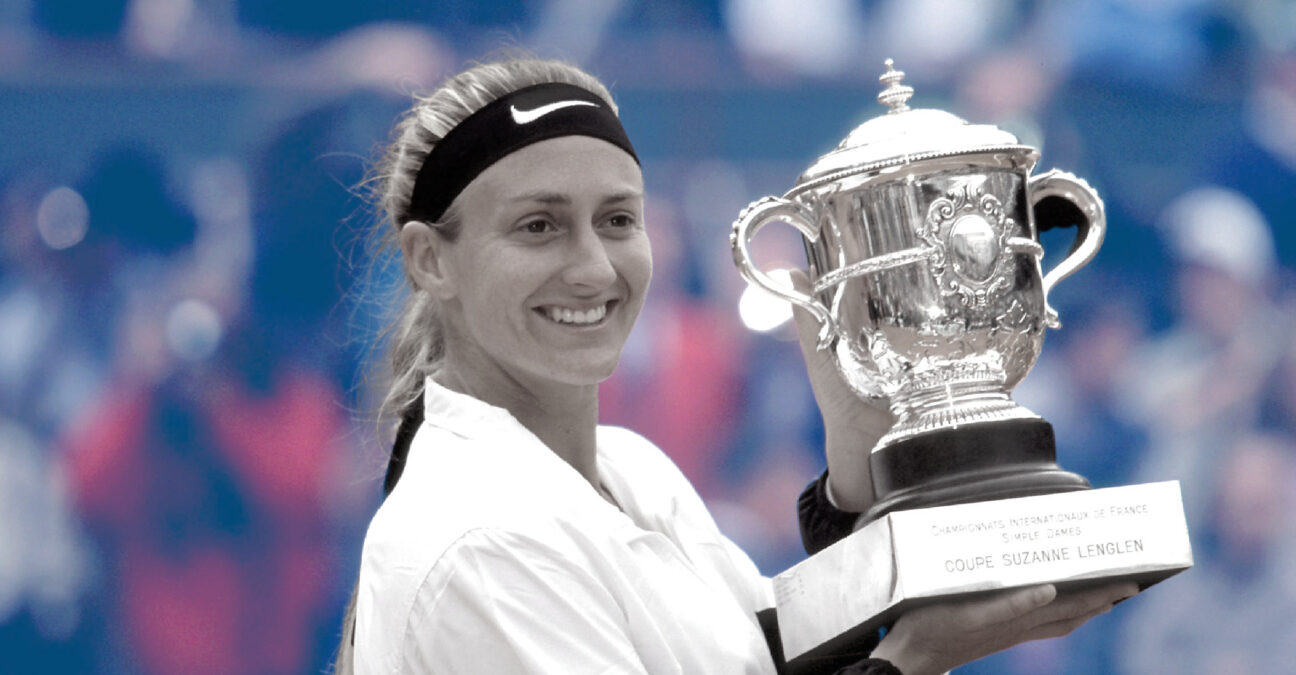 On this day, June 10, 2000, Mary Pierce became the first, and so far the last, Frenchwoman in the Open Era to win Roland-Garros. To achieve that feat, Pierce defeated Conchita Martinez, from Spain (6-2, 7-5), after having defeated the world No 1, Martina Hingis, in the semi-finals (6-4, 5-7, 6-2). No Frenchwoman had lifted the trophy in Paris since Françoise Dürr, in 1967. Pierce, who had already become the first Frenchwoman in the Open Era to win a Grand Slam tournament at the 1995 Australian Open, also won the doubles event (partnering Hingis), a feat that no one has achieved ever since.

Mary Pierce was born in 1975 in Montreal, Canada, but, holding French citizenship from her mother,  she chose to play for France. The youngest player at the time to make a professional debut, at the age of fourteen years and two months, she became a top player in 1991, when she claimed her first title in Palermo, and finished the year as world No 26. Her early career was impacted by her father’s violent behaviour, which, in 1993, led the WTA to ban him from attending any tournament, and led Pierce to request a restraining order against him after he threatened her life. She took her career to a next level in 1994, when she reached the Roland-Garros final, defeated by Arantxa Sanchez (6-4, 6-4) after having crushed Steffi Graf, the undisputed world No 1, in the semi-finals (6-2, 6-2). The following year, she became the first Frenchwoman since Frabnçoise Dürr in 1967, and the first in the Open era, to claim a Grand Slam title, defeating Sanchez in the Australian Open final (6-3, 6-2). Since then, she had never left the top 10, and, on top of the eight titles she claimed, she finished runner-up at the Australian Open in 1997 (lost to Martina Hingis, 6-2, 6-2). In April 2000, she sent a warning to the other players by crushing Sanchez in the final at Hilton Head (6-1, 6-0), and at the start of the French Open, she was world No 7.

Conchita Martinez, from Spain, was mainly known for her first and only Grand Slam title, which she claimed at Wimbledon, in 1994, defeating Martina Navratilova in the final (6-4, 3-6, 6-3). However, in her early years, she was thought to be a clay-court specialist, and clay remained a favourite surface, on which she claimed 19 of her 32 titles, having reached the Roland-Garros semi-finals three times (1994, 1995, 1996) and triumphed four consecutive times at the Italian Open, in Rome (1993-1996). Throughout the years, she had also obtained outstanding results on fast surfaces, finishing runner-up at the 1998 Australian Open (lost to Martina Hingis, 6-3, 6-3), and reaching the semi-finals at the US Open in 1995 and 1996. With her classic technique and her beautiful one-handed backhand, she entered the top 10 in 1989 for the first time, and since then, she had never left it for more than a few weeks. In June 2000, despite a quite disappointing 1999 season, she was still world No 5.

The story took place in Roland-Garros, Paris. The stadium, located in the west of Paris at the edge of the Bois de Boulogne forest, had been hosting the French Grand Slam since 1928. It was the first and now the only Grand Slam to be played on clay, the slowest surface, which made it the hardest tournament to win from a physical perspective. No Frenchwoman had won the tournament since Françoise Dürr in 1967, and Mary Pierce was even the only one since then to have reached the final, in 1994.

Although, in her early years, Mary Pierce, who was born and raised in North America, didn’t feel at home at Roland-Garros, where she didn’t get the same support as other French players, had been adopted by the crowd for a long time – precisely, since she finished runner-up here in 1994. That year, the French audience saw for the first time her full potential, when she destroyed the unbeatable Steffi Graf in the semi-finals (6-2, 6-2). Since then, Pierce had won the 1995 Australian Open, but she hadn’t obtained any other exceptional result at Roland-Garros.

In 2000, she arrived in Paris as world No 7, and she was the greatest French hope in the tournament. She stormed through her first four rounds, dropping only 13 games on her way, until she met world No 3 Monica Seles in the quarter-finals. Despite the loss of the first set, Pierce delivered an amazing performance, hitting a winner between-the-legs shot in the very first game of the match, and prevailed 4-6, 6-3, 6-4. In the semi-finals, she played another tough match to eliminate the world No 1, Martina Hingis (6-4, 5-7, 6-2). On paper, the hardest part was done, but her last opponent, Conchita Martinez, from Spain, was still world No 5, a former Grand Slam champion and a great clay-court player.

In 1994, Pierce had already stormed through the entire draw, but she had struggled to deal with pressure in her first Grand Slam final. This time, when she entered the court to face Martinez, she was in a much better mindset. “Many things had happened since 1994, many tournaments, a lot of experience,” she would tell rolandgarros.com in 2020. “I tried to stay calm, to keep the same routines, as if it was just a regular match, although I knew it was the Roland-Garros final. Even on the match point, I just thought, Ok, it’s just another point, let’s try to win it.”

As a consequence, the 1994 runner-up heavily dominated the first set (6-2), and even when Martinez fought back in the second set, she didn’t panic. She came back from a break down and regain control of the rallies to seal her win, 7-5. She was the first Frenchwoman in 33 years to triumph at Roland-Garros.

“It was my dream to win here. This is what I always wanted to accomplish as a tennis player. It was my dream as a little girl,” summed up Pierce. “And on top of that I also won the doubles, with Hingis.”

Mary Pierce would not play a lot in the following two years, suffering from various injuries. She would come back at her best level in 2005, reaching the final at Roland-Garros (lost to Justine Henin, 6-1, 6-10 at theUS Open (lost to Kim Clijsters, 6-3, 6-1) and at the Masters Cup (lost to Amélie Mauresmo, 5-7, 7-6, 6-4). At the end of 2006, she ruptured her anterior cruciate ligament in her left knee, while playing against Vera Zvonareva in Linz, and she would never recover from that injury. This would remain her last match, although she would never officially announce her retirement. Since her triumph at Roland-Garros, no French player has lifted the trophy, and no other player had won both the singles and the doubles event at a Grand Slam tournament.

Reaching the 2000 Roland-Garros final would remain Conchita Martinez’s last memorable result. Leaving the top 10 once and for all in 2001, she would not win another tournament until 2005, claiming the last of her 33 titles in Pattaya, but she would still reach the quarter-finals at Wimbledon in 2001, and at Roland-Garros in 2003. She would retire in 2006.